Chris Kuntz writes a blog called Espoirs Central (espoirscentral.blogspot.ca), and recently posted a piece on four Canadian Espoirs who will be racing in Europe this season. With his permission, we have edited and reprinted his article.

With the demise of Spidertech, Canadian cycling has a gaping hole in its development track, and currently has very few channels in which a rider can go from an amateur to a professional without having to move down south or going across the Atlantic to try their hand. With Guillaume Boivin and David Boily out of the U23 ranks, Canada is past their best days for the time being on the U23 front but there are multiple guys racing in Europe right now that could step up for the Red and White.

Steve Bauer is the Wayne Gretzky of Canadian cycling. Bauer famously came 2nd in Paris-Roubaix by 1 centimeter to Eddy Planckaert and wore the yellow jersey for two weeks through his career in the Tour de France, including a stage win and 4th overall in 1988, among many other things. His presence was felt through his retirement as he was the director at Spidertech; bringing up countless numbers of Canadians for a shot at the biggest races in cycling.

Ben Perry felt Bauer's effect but on a more personal level. Perry hails from the same town as Bauer, St. Catherines, Ontario, a city that sits on Lake Ontario that is just a little journey from Niagara Falls. Perry was a good junior; winning the KOM competitions at Liege-La Glieze in 2012 as a junior and secured himself a ride with Lotto-Belisol U23 last year. Perry and Bauer spent a good amount of time riding together and talking about the classics, which has made Perry dream about the classics and becoming a strong all-rounder like Bauer. 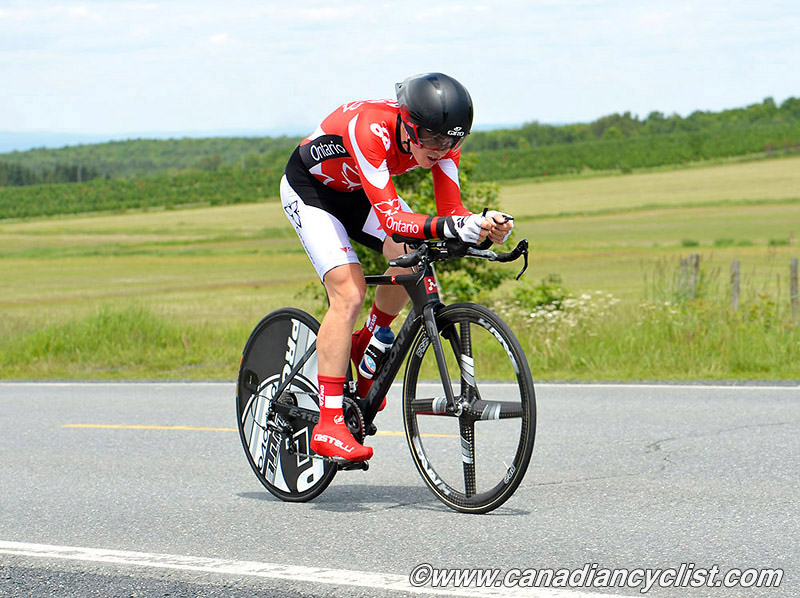 Perry finished 63rd in the U23 Ronde last year with the Canadian National Team and finished other UCI races such as the Carpathian Couriers Tour. Perry was released by the Lotto but was able to get a contract with the smaller Baguet-Mibapoorten squad, sponsored by former Belgian Champion Serge Baguet. He should get a nice schedule filled with Top Competition races as well as spots with the National team. Perry was down in Los Angeles with the Canadian Track Team until the middle of March, when he was shipping off to Belgium. He did finish 3rd in his first race of the year behind Hincapie's Ty Magner, so things are looking good.

Nigel Ellsay got his season off to an early start when he attacked just 8 kilometers into his first big race of the year, the Souvenir Jean Masse, the first round of the DN1 Coupe de France. Ellsay bridged to Clement Penven and the duo took off for the next 100 kilometers together, where the Canadian with the Sojasun Espoirs took the sprints award as well as the most aggressive rider award. Ellsay and Penven were swept up by the regiment of Armée de Terre riders and were promptly spat out the back. 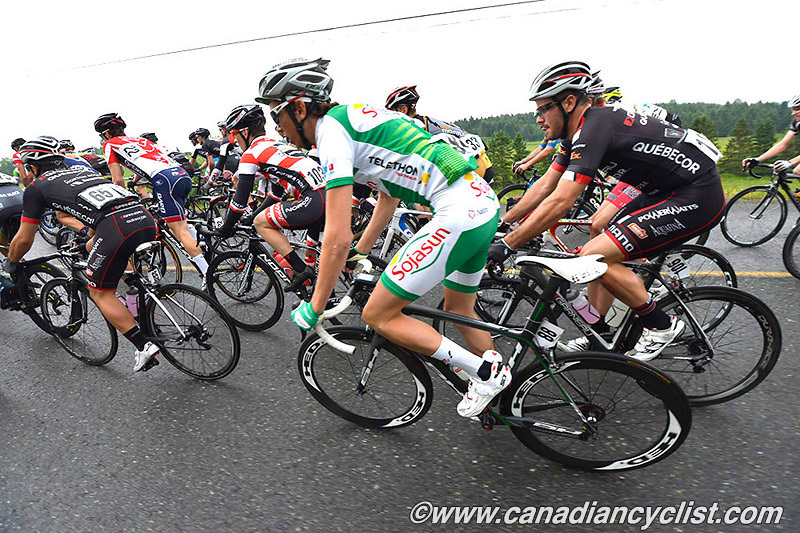 Ellsay is in his 2nd year with the Sojasun Espoirs outfit and 3rd overall in France, as he came over as a 2nd-year junior. He was a strong junior that was the Canadian junior TT champ in 2012 and even beat Mathieu van der Poel in the TT at the Ronde des Vallées stage race. Last year, he didn't race any Coupe de France races but he did well in some harder races like the Tour du Jura and other hillier races. Ellsay, who is rooming with Kiwi Sean Hambrook and Lithuanian Paulis Siskevicius, is looking to do well in the spring Nations Cups as well as some harder races, including the Coupe de Frances races.

While the two others got their seasons off to a pretty good start by most standards, Amore & Vita's Alex Cataford had the opposite start to his season. On January 23rd, Cataford was riding [in Tucson, Arizona] at nearly 30 mph when a car pulled out in front of him and he t-boned it and, in the process, he broke his C6 vertebrae, shattered his jaw and broke six teeth. Currently, Cataford is back training, albeit lightly because his jaw is wired shut and he is drinking everything through a straw. 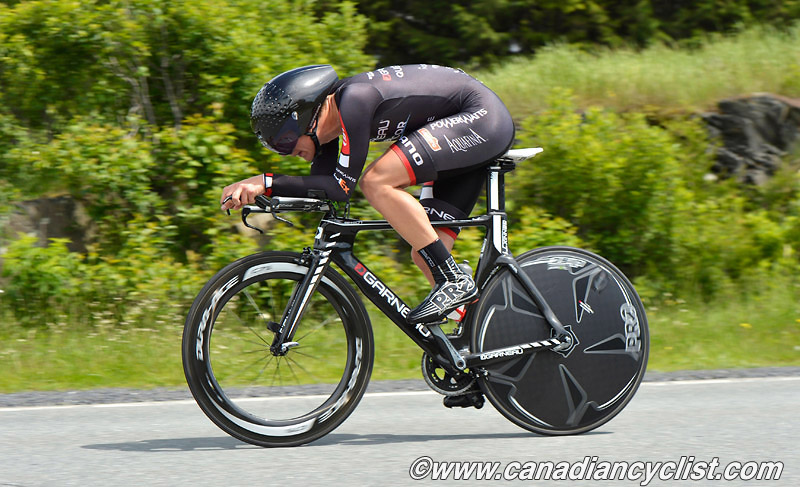 Cataford was looking to be in the spring Nations Cups but now is looking to the Coupe des Nations Ville de Saguenay before the Tour de Beauce, Canadian Championships, Tour de l'Avenir and Alberta. Cataford is the reigning Canadian U23 TT Champion and was a top 20 overall finisher last year at Elk Grove and Alberta. He is not a pushover and he is tough; look for him later on this year.

Quebec has been turning out cycling talent over the last half decade that could fill out a good portion of a World Tour team. David Veilleux, Bruno Langlois, Guillaume Boivin, David Boily and Dominique Rollin are just some of the riders from "La Belle Province" to break out, and Hendrik Pineda could be the next one. The strong sprinter won two stages at the Tour de l'Abitibi as well as the sprints jersey and took out the Canadian Junior National Championship. 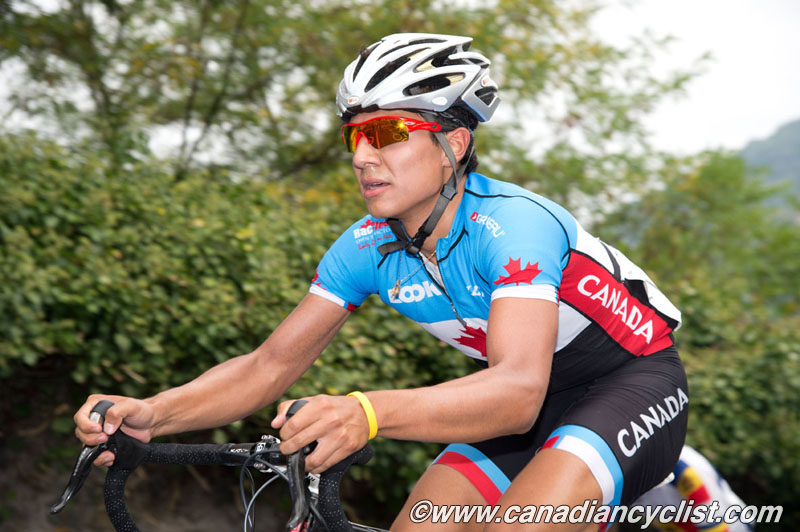 Instead of trying with a North American team, Pineda is hopping over to T.Palm-Pôle Continental Walloon for 2014, where he should be able to get valuable time racing in Belgium and Northern Europe in both professional and U23 racing. It also helps that the language barrier is already taken care, of so all Pineda has to do is move over there and focus on riding his bike.