"The season got off to a very good start with a training camp in North Carolina. This allowed us to get in some good kilometers outside, in the Blue Ridge Parkway Mountains, to live together as a team and to welcome the new members from Australia and Western Canada. It didn't take long to build good team cohesion, as demonstrated during our latest performance and victory at Delray Beach last weekend. There's a great atmosphere and I think that's a token of a great 2014 season. To be continued!," declared Team Captain Remi Pelletier-Roy, who was able to break away from the peloton in the first minutes of the race and maintain his position until the end. By winning the Delray Twilight Criterium, a race that is part of the USA Crit Championship series, Team Garneau-Québecor seized the Series Leader jersey.

"Our mission is to help young talents evolve and grow in cycling and to make their dream come true: become a Pro Team member ... we want to find the next David Veilleux! The cycling solution we have developed is not limited to products. By creating events and supporting professional athletes, we contribute to the promotion of cycling. I am proud to have been able to help such great cyclists as David Veilleux and Antoine Duchesne (Europcar), Hugo Houle (AG2R La Mondiale) and Bruno Langlois, who is now competing in the USA this year," said Louis Garneau. 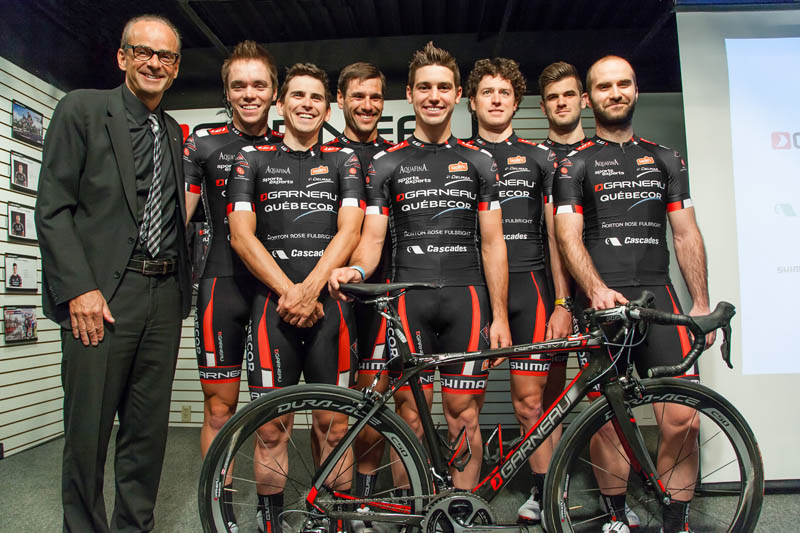