Dominique 'Dom' Rollin has announced his retirement from professional road racing.  The Boucherville, Quebec, native was one of many riders caught out by the financial situation that saw a number of teams fold or reduce their programs.  He is living in Girona, Spain, and says that he will pursue his other passion, the restaurant business. 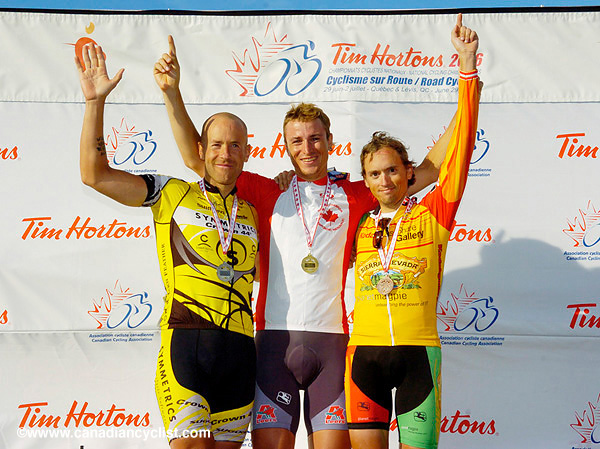 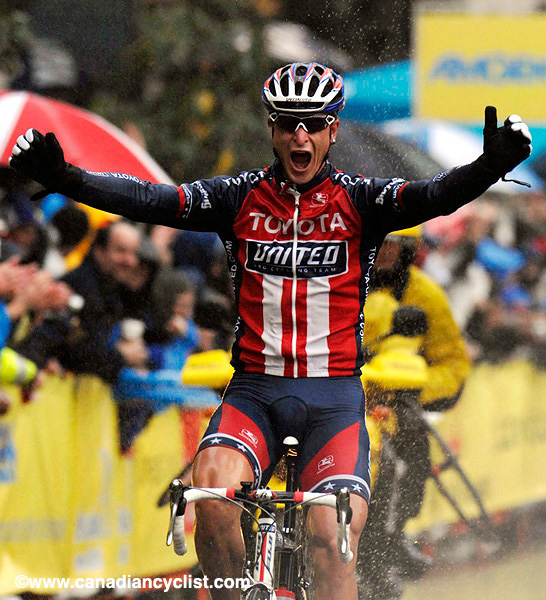 Rollin was the Canadian champion in 2006, but his breakthrough victory was the fourth stage of the Tour of California, in 2008.  In extremely cold and wet conditions, Rollin soloed into San Luis Obispo, having cracked one of the toughest riders in the pro peloton - George Hincapie.  The epic win caught a lot of eyes, and he moved to the European peloton the next season with the Cervelo Test Team.  From Cervelo he moved to FDJ.fr, where he worked primarily as a leadout rider. 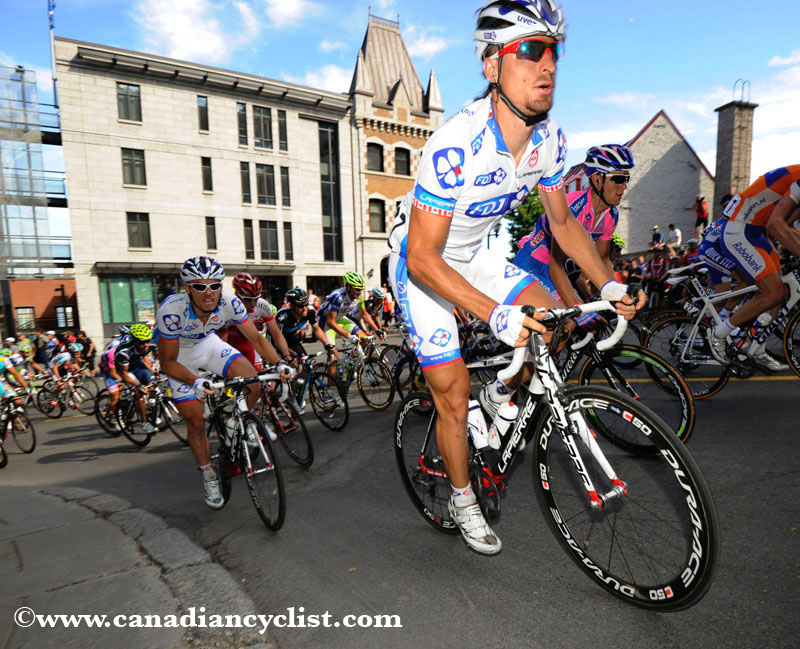 Riding for FDJ at the Quebec GP

He started his pro career with Sympatico Jet Fuel in 2001, followed by Sympatico Edition Haute Vitesse the following year, then Kodakgallery.com-Sierra Nevada Brewing and was with Toyota-United in 2008 when he had his breakthrough win in California.

He rode both the Giro and the Vuelta twice, but never the Tour, to his regret.  In the 2013 Giro he was 75th and was 153rd in the 2012 Vuelta.  In the Classics he had his best results in 2011, finishing 16th at Milano-San Remo and 16th in the Tour of Flanders.  He also competed in Paris-Roubaix.  He came closest to a European win in 2010, finishing second overall at the Tour de Poitou- Charentes.  He also won a bronze medal in the time trial at the 2007 Pan Am Games.

Rollin spoke briefly with La Presse from his home in Girona:  "It is not easy. I spent 19 years of my life on a bike. My life revolved around the sport. Today, it's over, I move on . I still had dreams to do on the bike. My only regret is not having had the choice when I stopped cycling. It's been forced ... I take it a bit hard."