The Spring Bank course offers a swift off camber left turn downhill off the start, to a kilometre of headwinds on the bottom, turning back uphill and finally a kilometre stretch to the finish of tailwind, through a round-about. 24 laps was the complete race.

Just minutes into the race a break was established with Tom Nesbit (MGCC), Phil Hodgkinson (WOB), and Nacsworld/Norco rider Brian Kelly. Lawrence Akot covered some early attempts to cover the gap. Over the first half of the race they gradually built their lead to over 1:20, until somewhere around laps 14 or 13 or go, a second break was established and gained enough ground to be free. This second break contained C. Capaldi (Type-1), Ian Scott (WOB), and Nacsworld/Norco rider Justin Rogers. 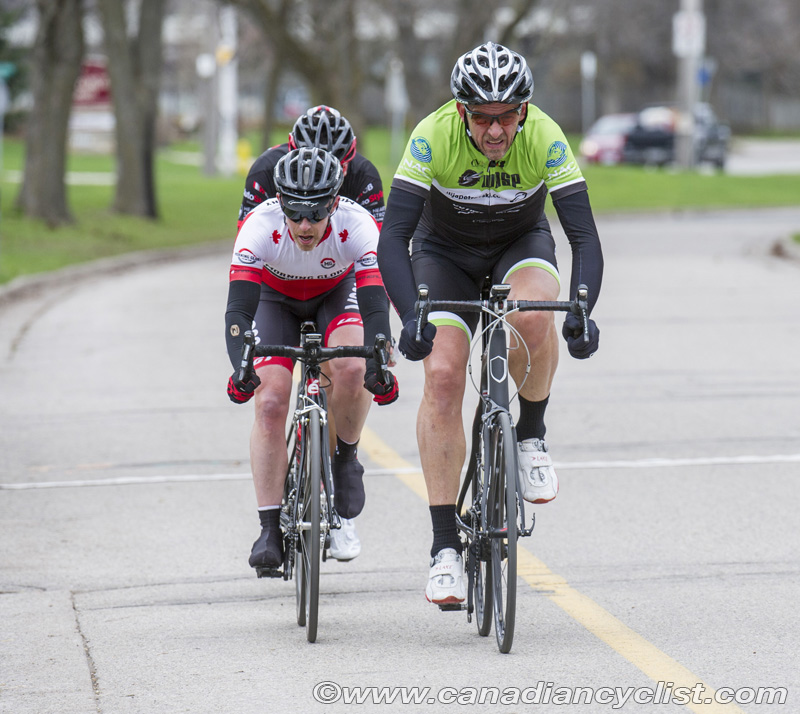 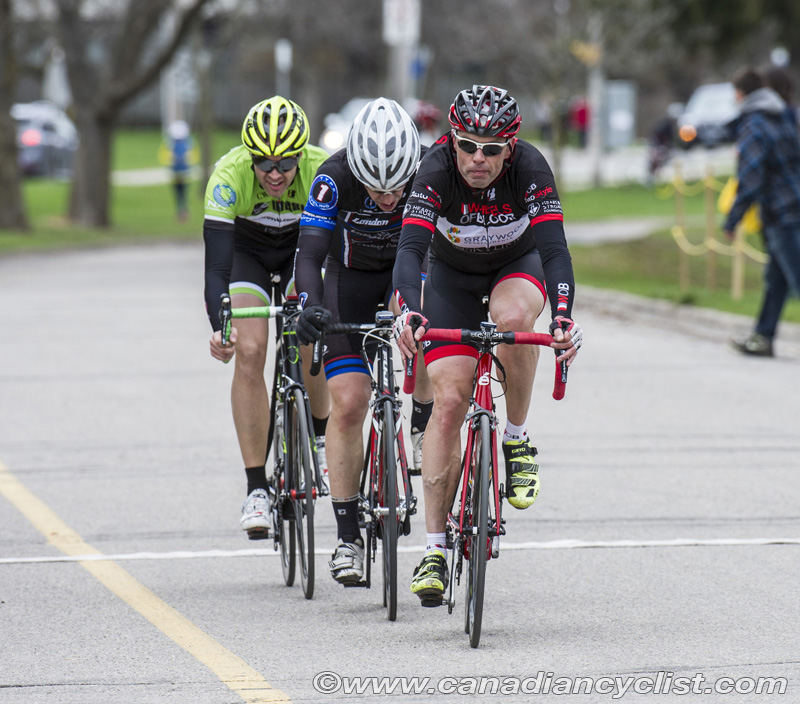 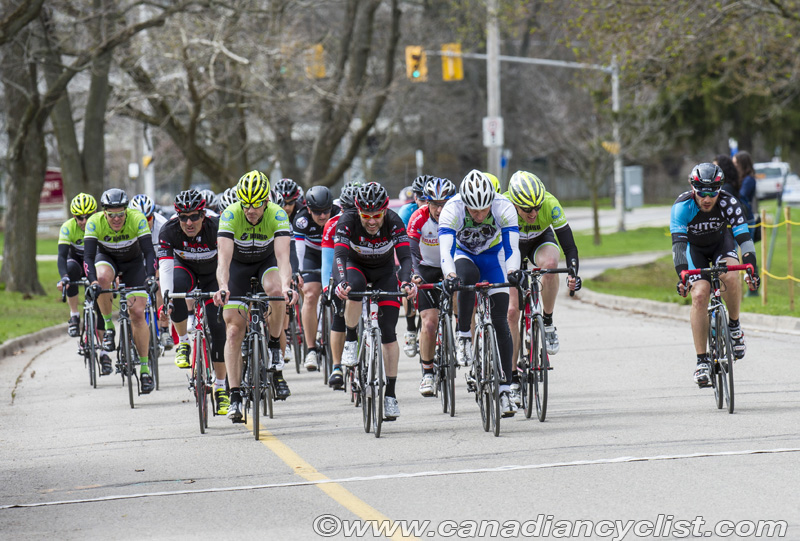 In the pack many attempts were made to close the gap to the second group, knowing the first group was clear to the podium, failed attempts were reeled back in by NN riders Kevin Tearle and Bob Tomsic, with some assistance from a WOB rider equally prepared to keep his teammates off the front free of a chasing pack. With sprinters Kevin Davis, and Steve McKee, our job was to ensure no further riders went over the gaps, and to ensure they had the opportunity to snag the most possible point remaining in the Ontario cup race.

In the first group, Brian Kelly had helped mount a 2:30 lead off the pack, and was tiring, still found the legs to make an early attack in hopes he could hold it to the line. He jumped to the right side of the road, catching Phil asleep at the wheel and getting a gap on him. Tom Nesbit was right on his wheel. Hodkingson clawed his way back to them but couldn't make it by Brian. Tom Nesbit took the win, Brian Kelly 2nd and  P.Hodkingson 3rd.

The second pack had Justin Rogers sitting in so as not to eat into the lead of Brian. Much to the voiced dislike of the other 2 riders, here he sat to ensure Brian had his day, confident the bunch sprint behind would be won by Kevin Davis and Steve Mckee.  When this group came to the finish the attack came. Justin came around the other two riders but sat up to allow the 4th place rider who towed them around to cross the line ahead of him and took 5th, with a solid 1:20 over the pack behind.

After great efforts at allowing the free Nacsworld/Norco riders to make the line the final bend after the climb saw the speeds ramp up. Once again, Nacsworld/Norco riders Steve McKee, and Kevin Davis took the bunch sprint respectively. NN has 6 of 9 podium places so far this year, and holds the top 3 spots in overall O-Cup points rankings. Four different people from the team have climbed the steps of the podium, a very diverse and successful season so far.