In an effort to continue the growth of cycling, BC Superweek is pleased to announce that it will pay equal prize money to the top three men's and women's podium finishers at all nine races in this year's series.

Montreal's Lex Albrecht, who is a member of the TWENTY16 Pro Cycling Team, is the defending women's champion of the MK Delta Criterium and the Tour de White Rock. She finished first in the Homelife Realty Hill Climb and second in the Peace Arch News Road Race at the Tour de White Rock in 2013. 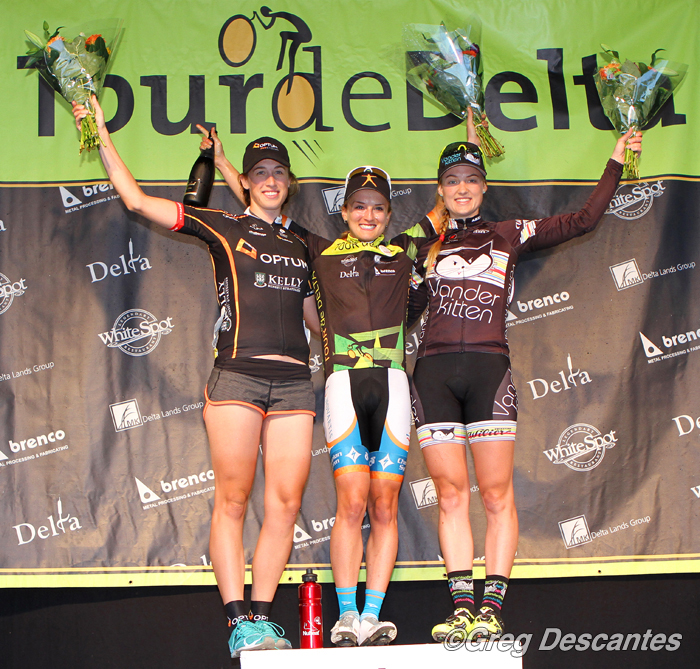 Albrecht was also named an ambassador to last year's BC Superweek. She sees the advent of equal prize money at this year's series as huge for women's cycling.

"Inequality between men's and women's cycling is a hot button issue these days. In most cases, the gap between prize money offered to men and women is exceptionally, and unjustly significant," Albrecht explained.

The decision to offer equal prize money to both men and women by BC Superweek is to assist in elevating the sport, event when looking to surpass the minimum requirements set forth by minimum UCI requirements.

"BC Superweek organizers have stepped up to offer equal prize money to the top three finishers of both fields, showing their support for gender equality - which is important not only in professional bike racing, but in all aspects of life," Albrecht continued. "I'm proud to see such a great event like this at home in Canada."

BC Superweek Race Director Mark Ernsting says every race during the series is proud to be a part of promoting equality for men and women in cycling.

"Equality in the sport is very important for us to foster," said Ernsting. "We couldn't ignore the increase in women's participation and quality of performance over the last two seasons - and equal prize money to the top three men's and women's podium finishers is a great step to continue to recognize the growth of women's cycling."

In addition to the $120,000 in prize money, each of the nine races features thousands more in crowd primes available to the riders.

"As the BC Superweek series continues to grow, we will continue to enhance the race experience for the athletes, spectators and sponsors," Ernsting concluded.

Online registration is available on the new BC Superweek website, with early registration discounts in effect until June 6th. Discounts are also available to riders entered in all stages, and teams that sign up six riders for the entire BC Superweek series can register an additional three riders at no cost.