Today, I had the opportunity to interview Ryan Anderson, OPTUM p/b Kelly Benefit Strategies, prior to the start of Stage 7 of the Tour of California.

BB: “Ryan, overall what are your impressions of the 2014 Tour of California?”

Ryan Anderson: “This has been a great Tour for the team. Will’s riding has been phenomenal. The heat has made the Tour very difficult this year.
I was a little disappointed in my performance in some stages where I felt that I had come close to a good finish. I hope that I will be able to do something over the next two stages.”

BB: “Ryan, What has your role been in this Tour?” 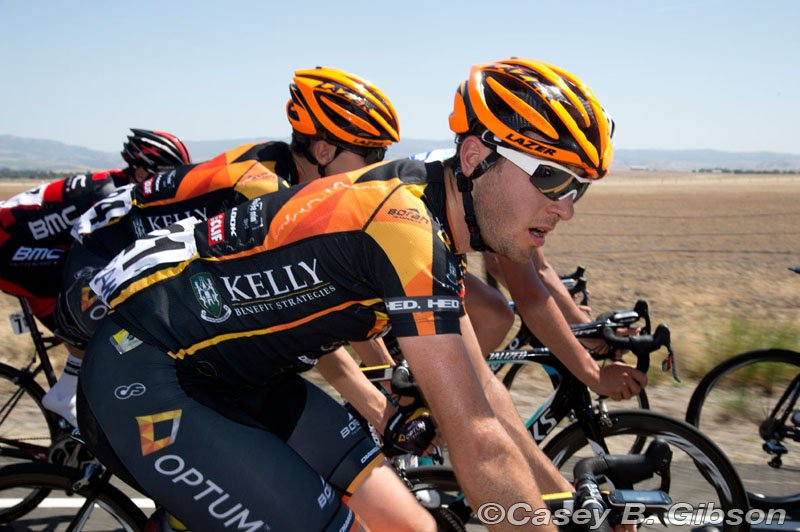 Ryan Anderson: “My role is to help in the sprints. However, in Stage 5 to Santa Barbara I was the supported rider.”

BB:“How was your time with team Spider Tech?”

Ryan Anderson: “I really enjoyed my time with Spider Tech. I had good team mates and the team was quite close. This made the transition to races in Europe much easier. The opportunity I was given to compete in the Tour de Suisse, by the team, was amazing.”

BB: “How does your form today compare to the last two years?”

Ryan Anderson: “I feel that I have progressed a lot over the last two years. I feel really good about my form and where I am right now.”

BB: “What are your key races for the rest of the season?”

Ryan Anderson: “The Tour of Colorado, where I did well last year, the Tour of Alberta and the Nationals. Also, I should mention the Gastown Grand Prix which is a race that I want to support.”