Zach Bell to Defend his Title on Saturday

The 2014 Global Relay Canadian Road Cycling Championships road races are expected to be spectacular this year, with the top Canadian cyclists coming together to race for the coveted red and white jersey.

Zach Bell (Team Smartstop), the reigning Canadian Champion in the men’s elite category, will be racing to defend his 2013 title. Bell will be making his return to competition after breaking a collarbone at the Tour of the Gila earlier this spring. In addition, Bell’s wife, Rebecca, last week gave birth to a baby girl. 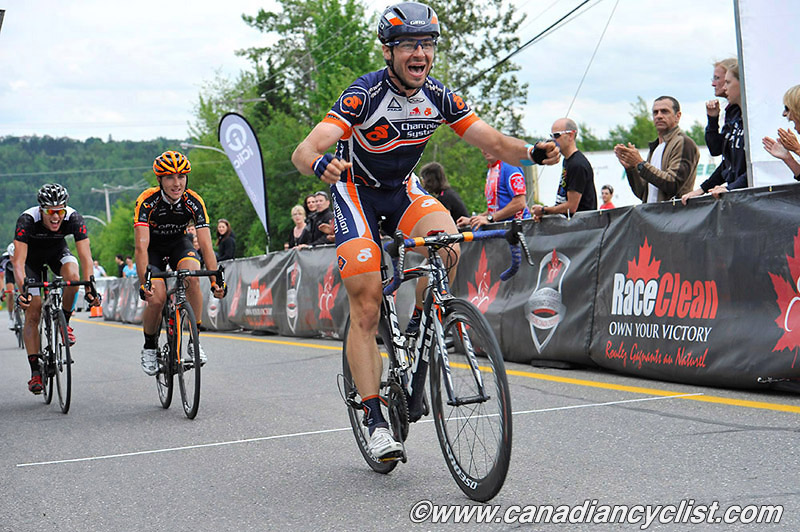 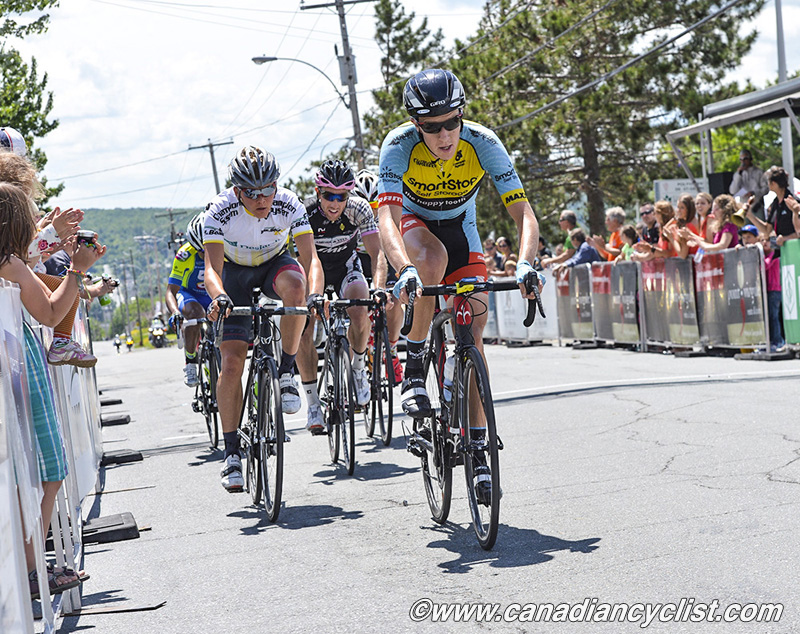 Bell will count on two teammates from Team Smartstop. Rob Britton, who is coming off a strong second place result in the general classification at the difficult Tour de Beauce, and Kris Dahl will both be working to position Bell for the win.

But the title won’t be easy to defend, with many other top Canadian riders also expected to be present on the start line. The strong group includes UCI WorldTour riders Svein Tuft, the 2011 Canadian Road Champion, and Christian Meier both of Orica-GreenEDGE, Hugo Houle (AG2R La Mondiale), sprinter Guillaume Boivin (Cannondale Pro Cycling), and Antoine Duchesne (Team EuropCar), the back-to-back U23 Canadian Champion.

There are many teams coming with a large delegation of riders, including the UCI continental teams in Garneau-Québécor and Silber Pro Cycling. 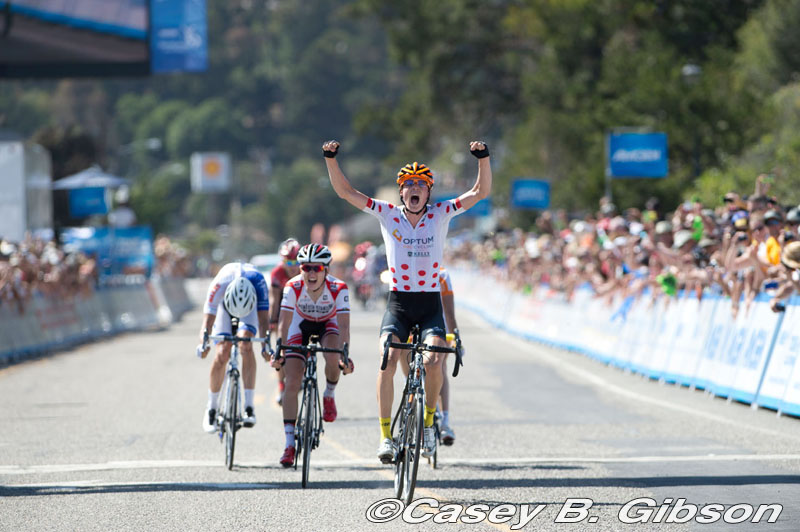 Will Routley winning Stage 4 of the Tour of California

Will Routley, the 2010 Canadian Champion, and Ryan Anderson of Team Optum-Kelly Benefit are also enjoying a successful season, with Routley taking a stage win and the KOM jersey at the Tour of California. Both riders will certainly work together with the hopes of capturing the title.

Michael Woods (5-Hr Energy p/b Kenda) has recently showed at the Tour de Beauce that he is in top climbing form, taking second place on the epic Mont Mégantic stage, sections of which will be used for the Canadian Championships course, including two ascensions of the Mont Morne. Woods will have his new teammate Bruno Langlois along with him, and the two could create an interesting dynamic in the peloton.

The men’s road race will take place on Saturday, June 28.

In the time trial, expect a tight race between Svein Tuft, eight-time Canadian Time Trial Champion (2004-06; 08-12), Christian Meier, Zach Bell, Hugo Houle, Rémi Pelletier-Roy, Ryan Roth and Matteo Dal-Cin. These riders excel in the time trial and should be solid contenders for the title. Tuft was not present in 2013. 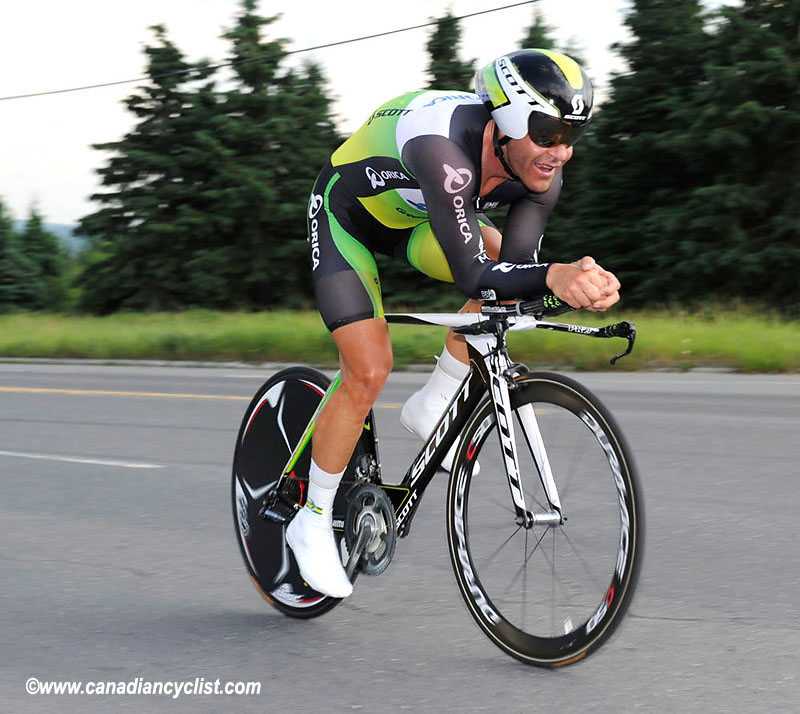 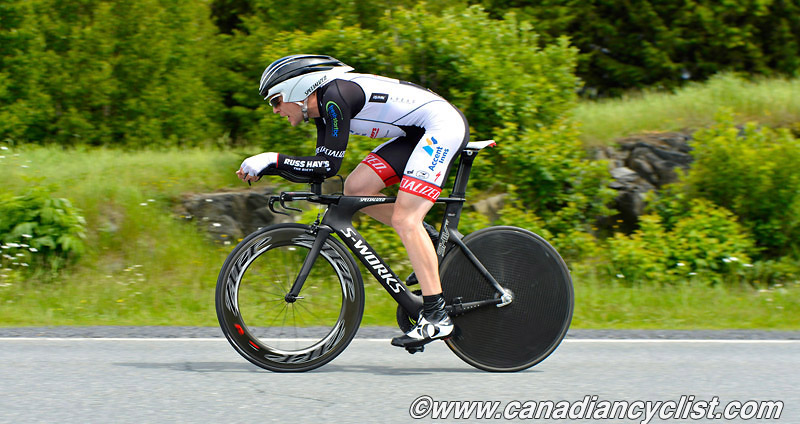 Curtis Dearden on his 2013 winning ride

Time trialist Curtis Dearden (Accent Inns-Russ Hay's-Scotiabank) is the defending Canadian Champion,  surprising everyone last year by winning the title. Dearden will be back in Lac Mégantic to defend his title.