Women
Just like last year, one team is really flexing its muscles at the Tour de Delta. In 2013, it was NOW and Novartis for MS who were dominant, and this year, it looks like Team Optum p/b Kelly Benefit Strategies is poised to take command early at BC Superweek. 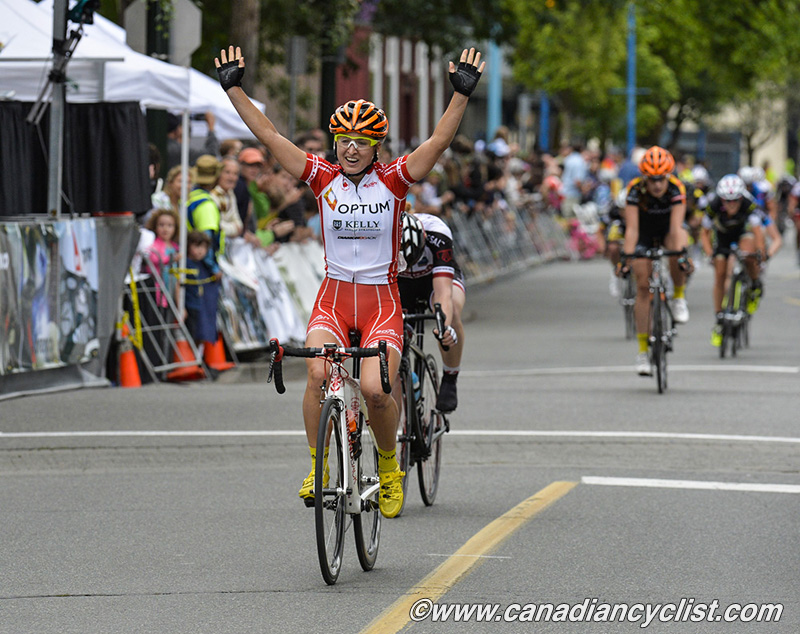 The orange helmets of Optum was prominent for most of the race, which prompted Kirchmann to proclaim that the win wasn't maybe as dominant as it seemed. "I think it looks easier than it actually is," she noted afterwards.

Ramsden concurred, adding that they felt the pressure from behind.

"It was actually a bit of a fight at the front there, there were a couple of people challenging us and then the primes, people wanted to go for those, so we were just trying to keep calm and have some teammates left at the very end," said Ramsden, who was second at the same race in 2013.

With five laps to go, Optum had their entire team lined up at the front of the pack and even they wondered if they went for it too early, knowing there was still 4.5 kilometres to go in the race.

"I actually had a moment of - I guess - doubt, that we were going a little bit too early, but my team just showed how incredibly strong they are tonight and I can't thank them enough," Kirchmann continued.

Once Kirchmann and her teammates were at the front of the pack, they knew they had to be vocal and remind each other of their game plan.

"We were just communicating, we were trying to control the speed, control the corners... I think communication is important when you want to perform as a team and that's what we were doing," added Kirchmann.

With the communication being so vital to a team's success, it appeared that Optum didn't have just one rider calling the shots as road captain. Quite often it's Ramsden, but on Saturday, it was a complete team effort.

"A lot of the races, I am (our road captain), but we like to talk to each other, so we were all kind of talking about, 'Okay, when do we want to get out in front?' The back straight was pretty windy so we waited a bit longer (to go) than we talked about originally," she said.

However, Optum's game plan almost came to nothing when a rider jumped with two corners to go.  They went into the final corner too hot and slid out, eventually involving nine riders. One rider was taken to hospital with non-life threatening injuries.  Optum kept its cool, with Ramsden guiding Kirchmann past the accident onto the finishing straight, where she easily took the win.

In addition to finishing in third place, Beveridge also claimed the U23 title for the race.

Men
On Saturday night in the historic fishing village of Ladner, Shane Kline of Team SmartStop Pro Cycling drew parallels between Stage 2 of the Tour de Delta, the Brenco Criterium, and the Tour of Somerville, which takes place each May in New Jersey.

Much like the Tour of Somerville, the 60 lap, 54 kilometre Brenco Criterium is super-fast, exciting and can be dangerous, with riders hitting speeds upwards of 60 km/h.

Kline, whose family owns a carpentry business and is just a comfortable making a custom piece of furniture as he is riding a bike, claimed his second podium finish at BC Superweek in winning the men's race. He was second at the MK Delta Lands Criterium on Friday. 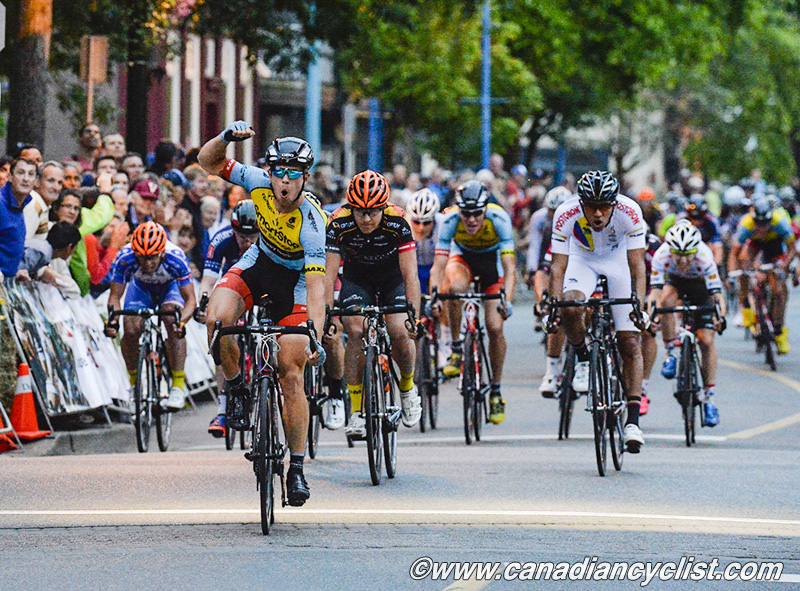 After the race, the native of Bally, Pennsylvania, acknowledged the speed of the course and was quick to credit his SmartStop teammates for the victory.

"First, I've just got to thank my teammates, they rode awesome, they put me in the spot to win. It was a little scary out there, so I thank God too for keeping everybody safe," expressed Kline.

There was a large pack for most of the race, with not many getting out in front at any given point until less than five laps remained; that's when riders started to go for it.

"It's really reminiscent of the notorious Tour of Somerville course back on the East Coast and it's one of those races you can kind of just hang out at the back," he explained. "Believe it or not, it's pretty easy to float the course so you can save a lot of energy and that's just what I did for the first half of the race, just really banked on it being a field sprint, and it ended up being one and I had the legs."

A familiar face at BC Superweek took second place, as North Vancouver's Ryan Anderson of Team Optum p/b Kelly Benefit Strategies grabbed a spot on the podium. The 26-year-old is coming off winning the Cannon Falls Road Race and overall title at the North Star Grand Prix last month. He finished first at the Brenco Criterium in 2013.

If jet lag affected the third place finisher, it certainly didn't show, as Sebastian Molano of Team Columbia came in behind Kline. The finish is even more sweet considering that Molano and his team left Columbia on Friday and didn't land in Vancouver until less than five hours before the race started.

Team Columbia itself isn't well-known in North America, but they are looking at BC Superweek as a great opportunity.

"We're mostly track racers, but we do some road races and we're training for the Tour de l'Avenir in France next month," said Molano through a translator.

None of the riders have much time to recoup as Sunday's White Spot | Delta Road Race comes less than 15 hours after the end of Saturday's race. Despite the quick turnaround, Kline thinks everyone is looking forward to only the second UCI-sanctioned race in BC's history.

"The UCI race is the one that's super important to us so we're pumped, everybody's riding well, the guys did awesome tonight and we're going to give it a crack," he added. "We're going to get some food into us and try to get some sleep. It's not a late race, so the more rest we can get, the better."