A solid performance by Sandra Walter (Liv/giant Canada) resulted in the bronze medal in the Elite Women's category at the Canadian Mountain Bike Cross-country Championships.  Given the formidable strength of her fellow competitors, Catharine Pendrel (Luna Pro Team) and Emily Batty (Trek Factory Racing), it was a worthy follow-up to her silver medal in 2013. 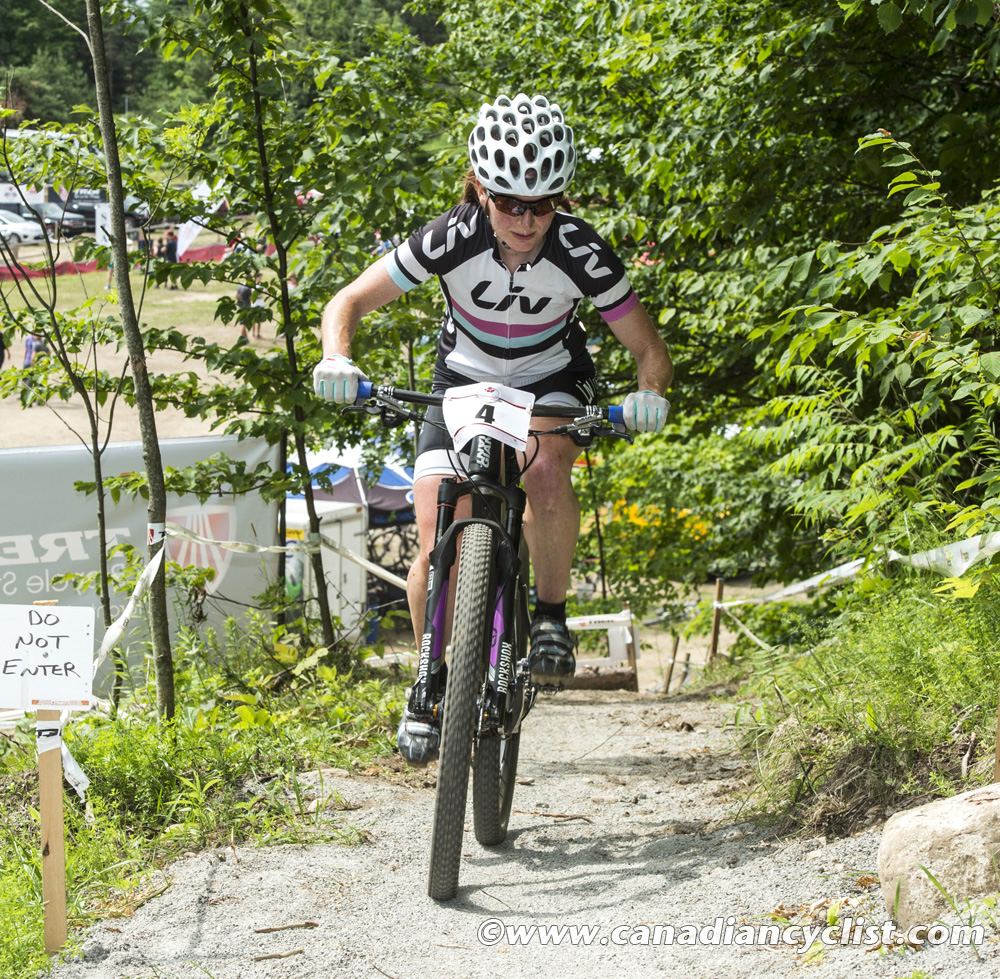 The Coquitlam resident now turns her attention to the upcoming World Cup races in Mont Ste. Anne, Québec (where she achieved a personal best 16th place last year) and Windham, New York, as well as the final event in the Canada Cup series, set for August 15th in Whistler-Blackcomb.

Currently leading the national series, Walter is aiming for a third consecutive series victory, to add to her maiden win in 2003.

"It's definitely an honour to wear that jersey and I'm looking forward to defending it again.  It's always exciting to win the Canada Cup title.  There are great events in Canada and great riders."

"I think it's really important to keep that series going," commented the Coquitlam resident.  "It was really cool this year that we had some of the top riders participate.  Catharine came to the first one at Mont Tremblant, and Emily was at Sudbury last weekend.  Keeping that level high and keeping the developing riders honest is valuable."

The freelance writer is competitive on the road and cyclocross scene, but her strength is on the mountain bike, wearing the national team jersey at six previous mountain bike world championships.