The Canadian bicycle company Argon 18 has officially signed a three-year agreement with the German team and thereby becomes a partner of Bora, a high-end cooktops and extraction systems manufacturer. As of January 1st 2015, the NetApp-Endura team, whose leader finished seventh in the latest Tour de France general individual classification, will be known as BORA - ARGON 18.

"We chose this team because we firmly believe it will confirm our standing as a leading and innovative bike brand on a worldwide scale," says Gervais Rioux, Olympic athlete and the founder of Argon 18. "NetApp-Endura is a Pro Continental team that comprises some 20 riders and has an impressive international race calendar. With front-runners such as Leopold König, it has been making steady progress since its beginnings. Its 7th place in the general individual classification of this year's Tour de France is irrefutable proof of this. Now that the team will be riding Argon 18 bikes, we'll have the best possible allies to help us develop innovative new technologies and, consequently, better products for the team to use."

Brothers Martin and Gervais Rioux of Argon 18 also chose this team because of the similarities that their company shares with the team's new German sponsor, BORA. "BORA is much like us," says Martin Rioux, Argon 18's President. "We have a similar background, and they embrace innovation and continuous development just as we do. Germany is known around the world for its high standards of quality. We're very proud that a German team has chosen us. It speaks volumes about our reputation. From a business standpoint, this country is important for Argon 18, since it's Europe's biggest bike market. Germany is an economic force that has a strong influence on the dominant trends."

In the Tour de France, only five bicycle brands are part of a team's name. This will now be the case with the BORA - ARGON 18 team. "It's a distinct boost for the Canadian company's international visibility, since ARGON 18 will be mentioned every time the team's name will appear. For us, this was very important. It's one of the many reasons why this team was the perfect fit for us. This partnership will also give our brand unprecedented international exposure, as well as provide our R&D division invaluable feedback and insight," explains Gervais Rioux. 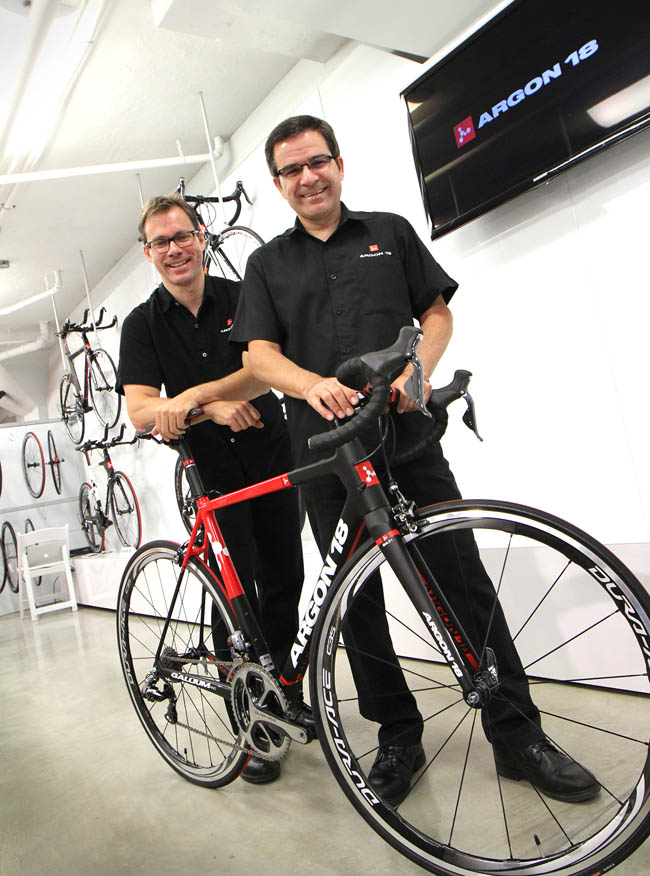