Cycling Canada is pleased to announce its roster for the 2014 UCI Mountain Bike and Trials World Championships, to take place in Hafjell/Lillehammer, Norway from September 2nd to 7th.

With a total of 39 athletes - 10 Downhillers, 27 Cross-country riders and two Trials riders, Canada will have most of its 2014 Canadian Champions competing in the pinnacle event of the season.

"We continue to have the ability to stand on the podium at this event. Our cross-country program has been one of the strongest in the world over the last Olympic cycle with World Titles and World Cup titles. We are heading to Norway with the objective to continue our momentum of performance at the highest level as continue our road to Rio 2016," said Jacques Landry, High Performance Director and Head Coach at Cycling Canada.

Of note, Canadian mountain bikers have excelled in 2014, with Catharine Pendrel of Kamloops, BC, making a strong comeback, after breaking a collarbone, to step on the World Cup podium on five occasions, including a victory in Windham, USA. Pendrel ended the season ranked second in the UCI World Cup standings. 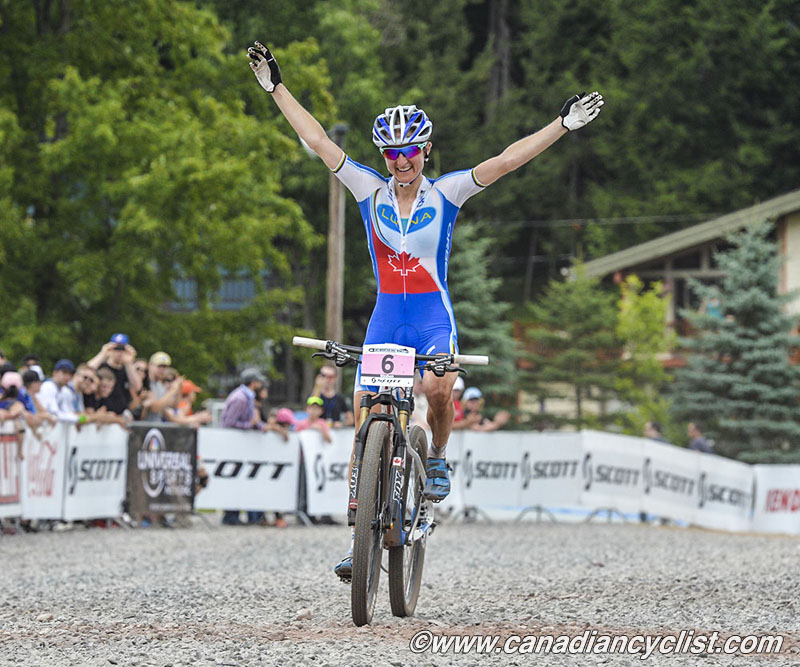 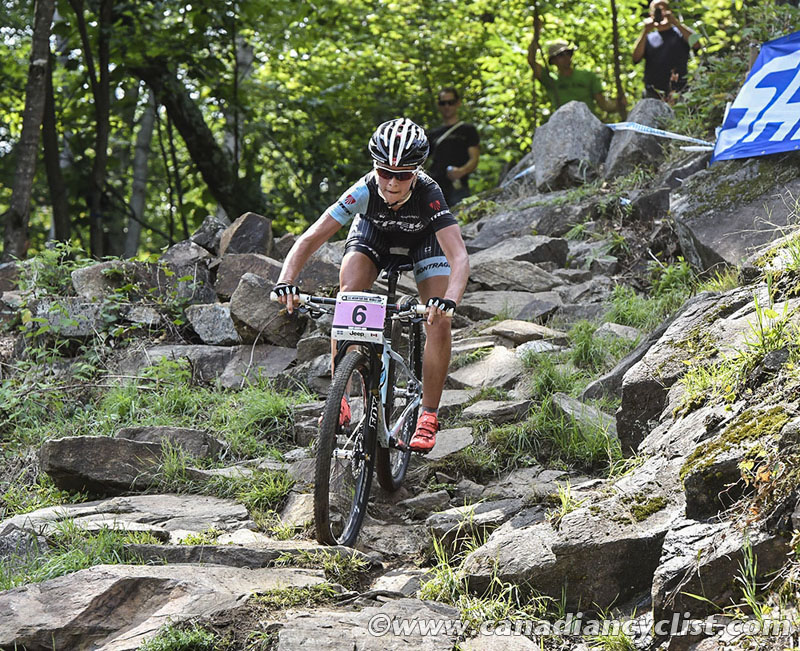 Emily Batty at Mont-Ste-Anne where she finished 5th

Emily Batty of Brooklyn, ON, finished the World Cup in fourth place overall. She was on the World Cup podium twice this season, including a second place in Cairns, Australia.

At the 2014 Commonwealth Games, Pendrel and Batty took the top two spots on the podium with Pendrel winning the title.

In the Under-23 category, Léandre Bouchard of Alma, QC, posted three Top-10 performances, including a fifth place in Nove Mesto Na Morave, while Evan McNeely of Kingston, ON, finished seventh in Mont-Sainte-Anne. 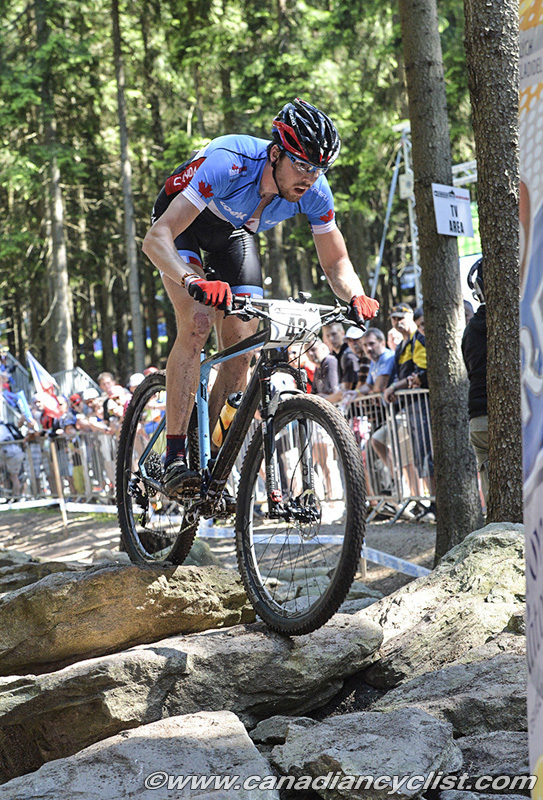 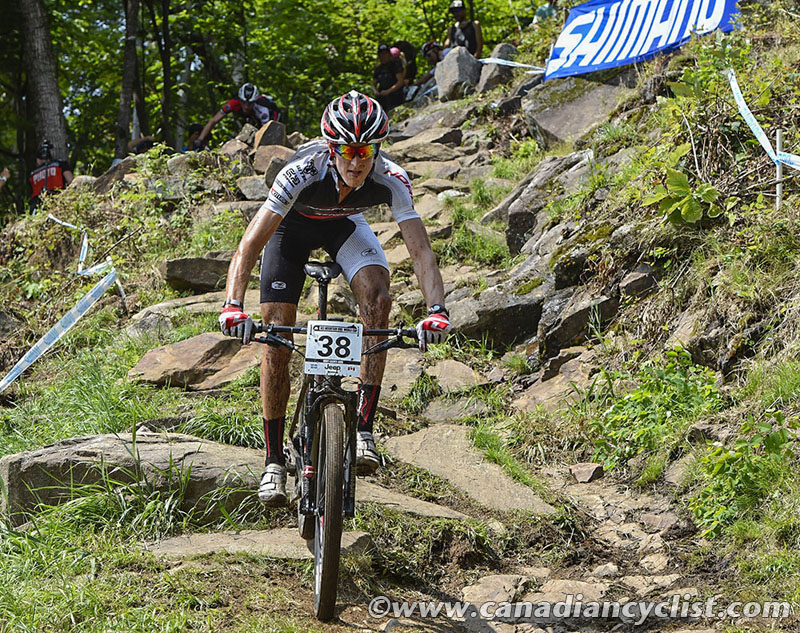 In the UCI Nations rankings, Canada is third in the women's ranking and eighth in the men's ranking.

Editor's Note:  There are two big names missing from the national team list:  Downhiller Steve Smith and Elite men's cross-country pro Max Plaxton.  Both are out with injury and illness.  Smith suffered an ankle injury before Mont Ste Anne.  There were hopes he would return for Worlds, but clearly he is not ready.  Plaxton has suffered off and on injuries and illness through the season and told us by e-mail that he is still recovering and that there is "no point in racing Worlds if not in peak condition".