Mental illness is a topic that we are all familiar with, particularly in the cycling world. Thanks to advocates like Clara Hughes, the stigma surrounding mental illness has been greatly lessened; a conversation has been opened, and I feel that the prejudices that existed 15 years ago are far less common.

I believe that most people struggle to attain and maintain a state of mental health at some point in their lives. Everyone experiences highs and lows - tough times and happy times. For some, the battle to make the ups outshine the downs is harder than for others. I am one such person.

While you read this piece, please keep in mind the understanding and compassion that people such as Clara have worked so hard to promote. This is my story.

First, let me introduce myself. My name is Haley Smith, and I am a U23 XC racer for the Norco Factory Team and the Canadian National Team. I am also a student at Queen's University studying Kinesiology. I like chocolate, and I like rainy days. I guess you could say that I am a typical young woman, barring my obsession with riding my bike in circles (a lot).  [Note:  Haley finished 23rd at the recent Mountain Bike World Championships in the Under-23 cross-country] 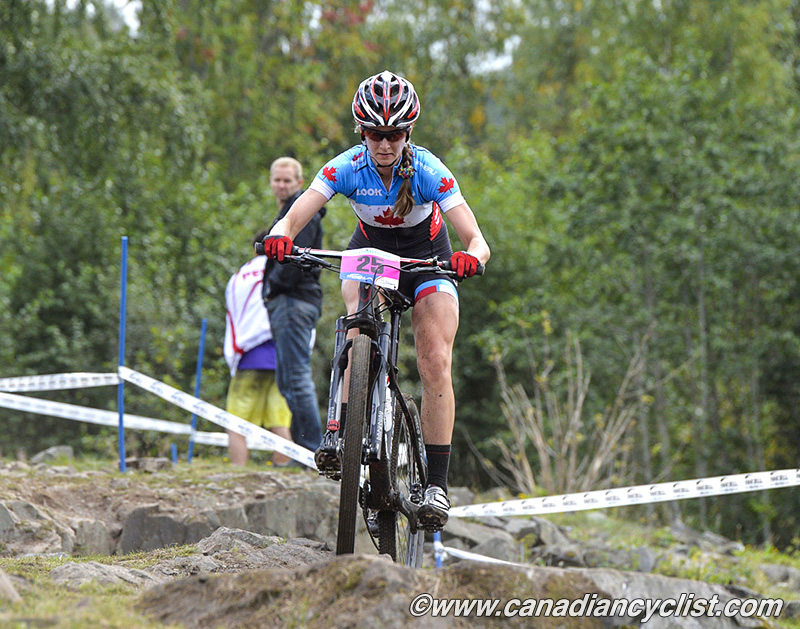 In Norway at the 2014 MTB World Championships

For a long time, though, I thought that I was the farthest thing from normal. In fact, for the majority of my teen years, I was convinced that I was "broken". You see, I had always struggled an abnormally large amount with anxiety. I recall experiencing crippling anxiety as young as 8 years old. Things that wouldn't faze another kid would turn me into a nervous, dithering mess.

When I was in high school this anxiety manifested itself in a dangerous way, and I developed a severe case of anorexia nervosa. For whatever reason, food caused me such intense, anxious distress that I couldn't eat. Or rather, I could only eat very little before my palms would sweat, my heart rate would sky rocket, and I would break down in the throes of a panic attack.

As you can imagine, this had some bad effects on my student-athlete body. I lost nearly 30 pounds and was at risk of heart failure within one year of the disorder's onset. I was weak and frequently sick. I was saved by my family, who argued and fought with doctors (and me) until I was admitted into the long-term pediatric ward of Newmarket hospital. Sixty days of bed rest and medical intervention later, I was released from the hospital with a (mostly) healed body and the daunting task of figuring out how to live with an eating disorder and intense anxiety.

I won't tell you that that task was easy. There were times when things seemed pretty hopeless, and there were times where the light at the end of the tunnel simply didn't exist. But, seven years after my hospitalization, I believe I've finally won. I don't think I have vanquished my anxiety, but I now have strategies to manage it, and am able to rise above it more often than not.

I came to this realization while standing in the shower the day before Canadian XC Mountain Bike Nationals this summer (doesn't it always seem that the best epiphanies come to you in the shower?). I was just standing there, washing my hair, when I realized that I was not in the least bit anxious. Anxiety, my virtually constant companion for countless years, was nowhere to be found. And I realized that I hadn't felt its presence in quite some time. It's embarrassing to admit, but I started to cry (and I couldn't stop!). I finally felt like I was healthy. 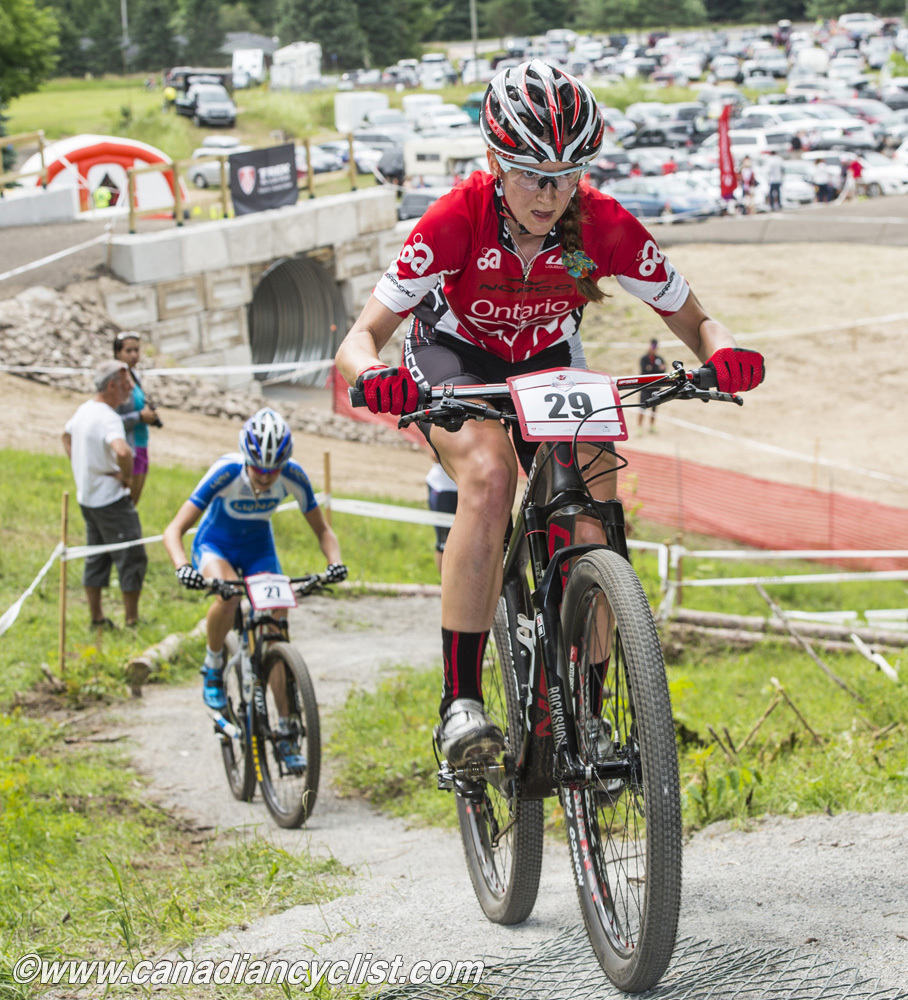 When I was in the hospital, my doctor told me that I would always have an eating disorder. She told me that it would be a lifelong battle. She was wrong. Yes, there are still times when I feel like I shouldn't have eaten that third piece of cake (but let's be honest, that's a normal feeling). And yes, there are times when I start to feel the old familiar tide of anxiety wash over me. But it no longer rules my life. I have strategies to manage anxiety, and I have learned to employ them quite effectively. Riding my bike is one of these strategies. I no longer feel broken (and I have realized that I really never was, but that's a discussion for another time).

Recovery was not easy. It was a long process, and one that I still have to work at most days. It was also not a solo mission. A loving support network was perhaps the greatest factor in my recovery. My family, friends, teammates, and coaches provide the greatest source of motivation I could ever have asked for. They are my soft landing when I am at my lowest, and are the source of unfailing support that helps me come back out of these funks. Cycling has been another huge part of my journey to mental wellness.

As I mentioned earlier, Clara (and other like-minded people) have done great work in erasing the stigma associated with mental illness, and have opened a discussion that allows me to write this piece. I trust that you have listened to her message - and I trust that you will listen to mine now.

If you or someone you love suffers with a mental illness, do not give up hope. If anything, my journey has taught me that if you don't give up, things will get better. You just have to have faith in your own strength and the strength of the love that your network bears for you. Do not be afraid to seek help - both emotional and medical - and trust that the light at the end of the tunnel will gradually grow brighter if you do.

Yes, there will be hiccups. And yes, there will undoubtedly be times when things seem hopeless. I can vouch for that. I know that there will be times still to come for me when I feel incapable of handling my demons. But I also know that, as cliché as it sounds, the night is always darkest before the dawn. Develop coping strategies and keep your chin up. I can't promise you a turbulence-free ride, but I can promise that things do get better. You just have to keep doin' your thing.

I believe that strength comes from community and sharing. I hope you will take strength from my story, and use it as fuel when your well feels like it's run dry. And, when you're ready, maybe you will share your stories too.

Editor's Note:  We want to thank Haley for having the courage to come forward and talk so openly about a problem that is more common then many of us like to admit.  It is only through the admissions of athletes such as Haley, Clara and Gillian Carleton, that many people learn that they are not alone.