Simon Gerrans (Orica GreenEDGE) became the first two-time winner of the GP Cycliste de Quebec WorldTour race on Friday with a dramatic come-from-behind sprint in the final 25 metres to beat Tom Dumoulin (Giant-Shimano).  Ramunas Navardauskas (Garmin-Sharp) was third.  Ryan Anderson (Team Canada) was the top Canadian for the day in 27th place, after getting caught behind a crash in the final 350 metres. 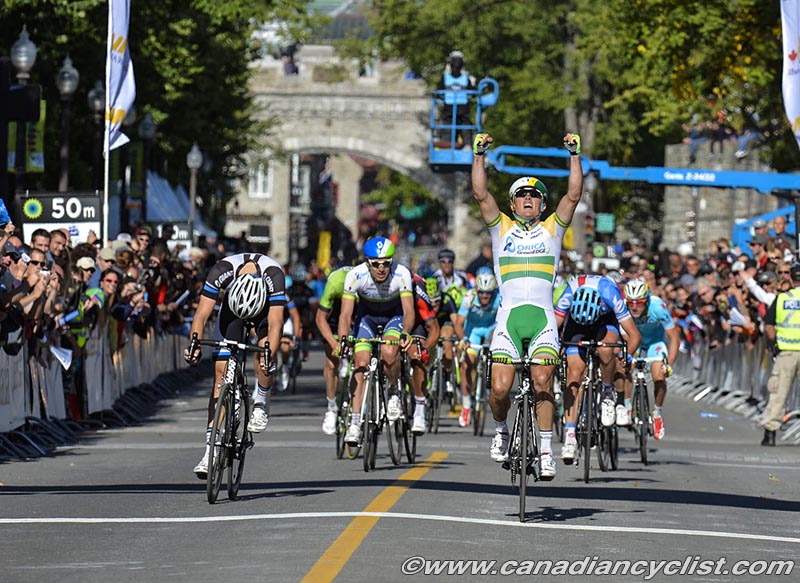 The 11 lap, 199 kilometre race was held under near-perfect weather conditions, after rain for most of the previous day.  The circuit was slightly modified from previous years for a longer lap, thus reducing the number of times the riders had to climb from lower to upper Quebec.  This resulted in a larger than normal field sprint at the finish.

Four riders broke away in the first lap - Dennis Van Winden (Belkin), Jan Polanc (Lampre-Merida), Moreno Moser (Cannondale) and Yukiya Arashiro (Team Europcar).  They quickly built up a massive lead of nine minutes by the middle of the second lap. 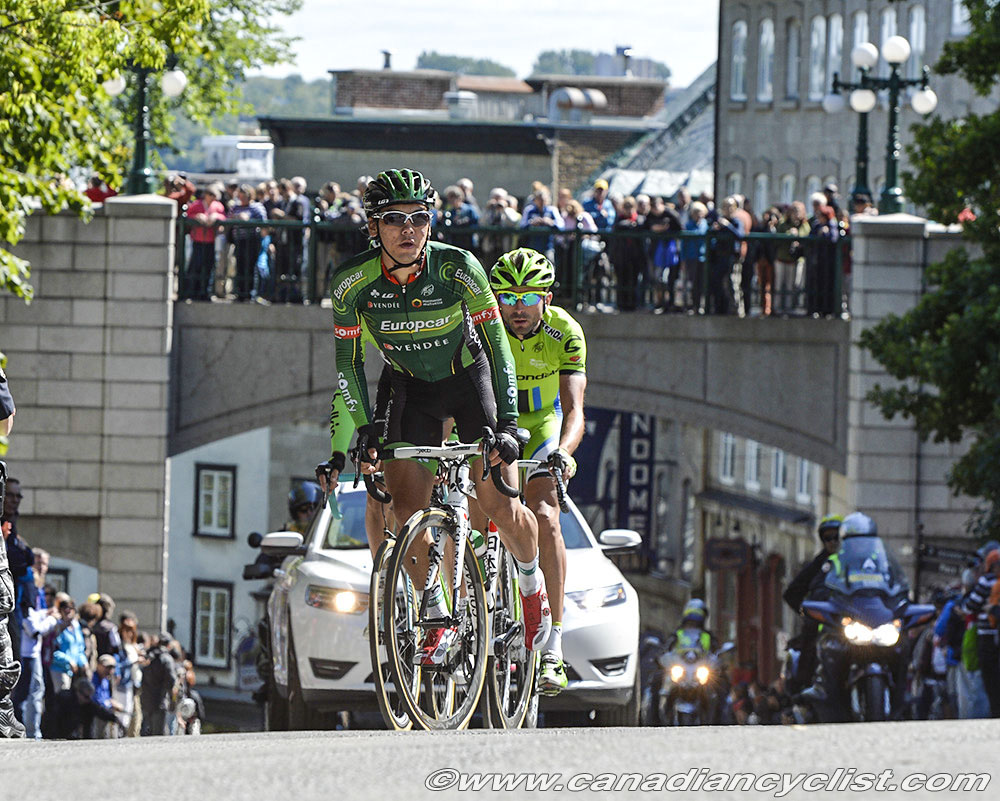 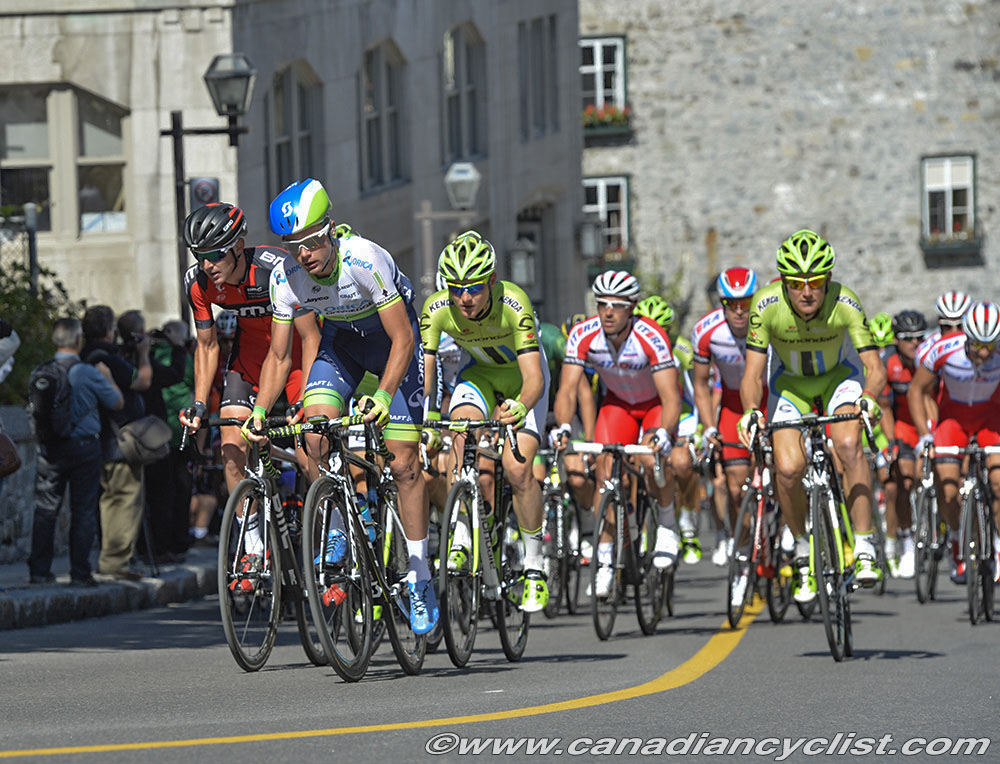 Orica and BMC were the only teams sufficiently alarmed to chase, sending Canada's Christian Meier (Orica GreenEDGE) and Peter Stetina (BMC) to the front.  Meier did a massive effort, spending much of the next 110 kilometres at the front, towing the peloton around and steadily bringing the gap back down.

[Note:  We have an interview with Christian]

The chase got slightly disorganized when Gerrans suffered a mechanical just before start of the final lap, however, a quick bike change saw him back in the bunch before the final two climbs of the race.  Woods and a couple of riders tried to keep the break going to the climbs, but were swallowed up, setting the stage for the final five kilometres.

The peloton split on the last climbs, with approximately 35 riders making the front group.  Dumoulin attacked early on the uphill finish, but Gerrans clawed his way back, passing the young Dutchman in the final 25 metres to take the win, after also winning in 2012. 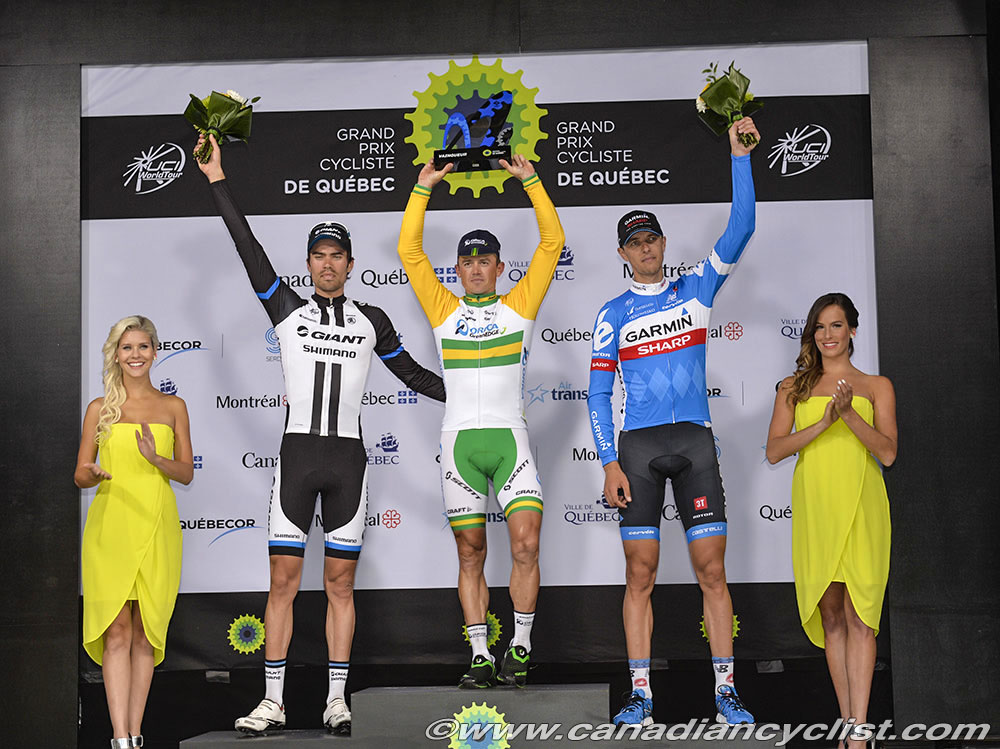 "I'm really proud of this victory," said Gerrans in the press conference.  "It's come off the back of a long season, so I'm really pleased to be back in good form after a strong start to the season, a good spring and a difficult Tour de France.  I want to say thanks to my teammates. They supported me all day; Meier by controlling all day, Jens Keukeleire went in the break, and the whole team supported me in the sprint."

"With a mechanical problem with just over 20 kilometres to go I actually thought my day was over.  I had to go back and change my bike, but fortunately our team car was right up there in the convoy so I didn't lose a lot of ground and the bunch slowed ever so slightly when I was trying to come back, which gave me the chance to come back pretty quickly."

"Then I had some great support from the guys in the group to put me back in contention to go for the win.  But I only knew I had a chance of fighting for victory in the last five kilometres when we caught the break."

"Tom started his sprint nice and early. It was a good move because there was some hesitation in group. When he went I had to go early too. I was lucky I got a gap on the guys behind and passed Tom just before the line. He showed how strong he is and I'm sure he'll win a lot in the future." 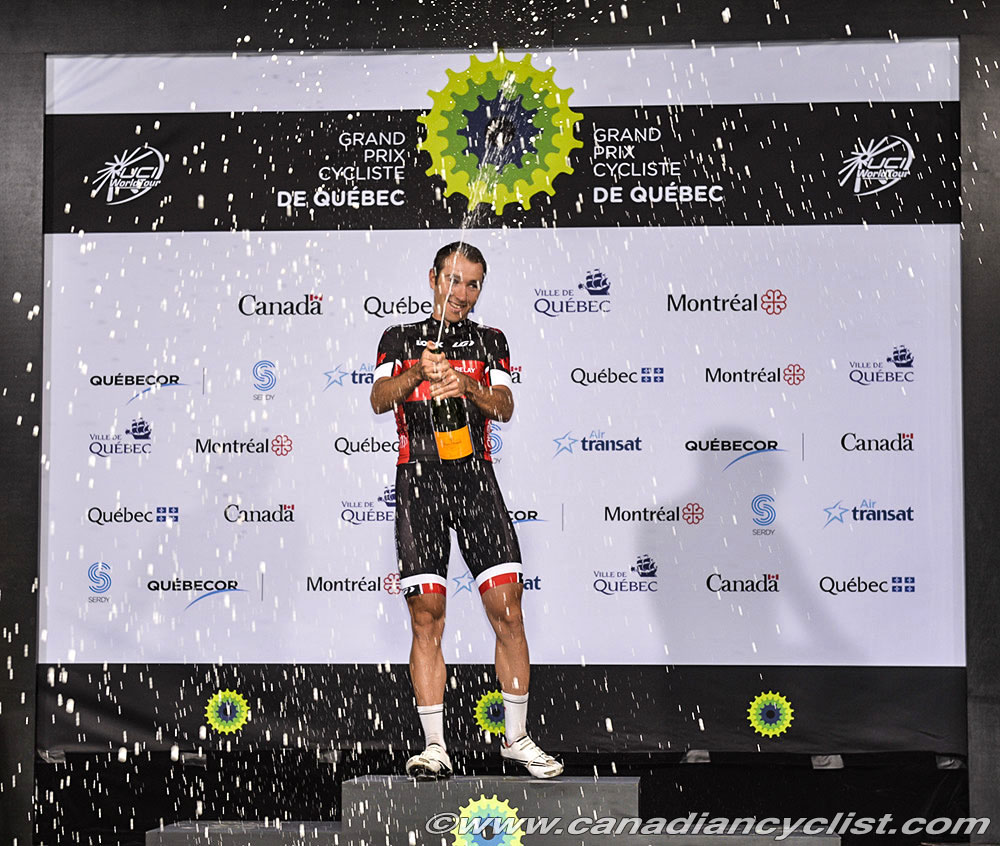 Anderson was in the final group of 30, but was caught behind the crash of Arthur Vichot (FDJ.fr), losing seven seconds and a chance to contest for a higher spot.

[Note:  We have an interview with Ryan]