Poland put together a perfect race day to win the final event of the Road World Championships in Ponferrada, Spain, on Sunday.  Twenty four year old Michal Kwiatkowski soloed in just ahead of a small chase group to win the title, with pre-race favourite Simon Gerrans (Australia) winning the sprint for silver, just ahead of local hope Alejandro Valverde of Spain.

The action began in the first couple of kilometres, when Carlos Quintero (Colombia) attacked.  He was soon joined by Zydrunas Savickas (Lithuania), Matija Kvasina (Croatia) and Oleksandr Polivoda (Ukraine).  The quartet opened a huge lead of over 15 minutes, and at one point was more than half a lap ahead of the peloton. 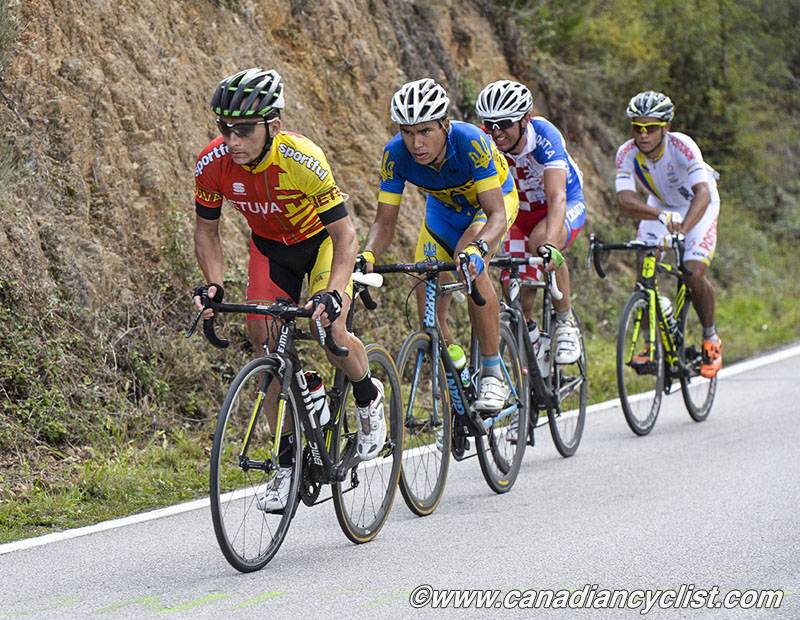 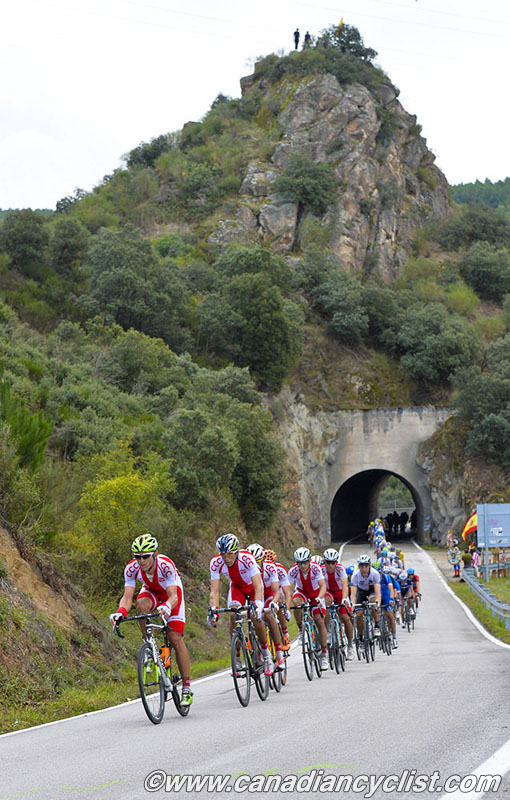 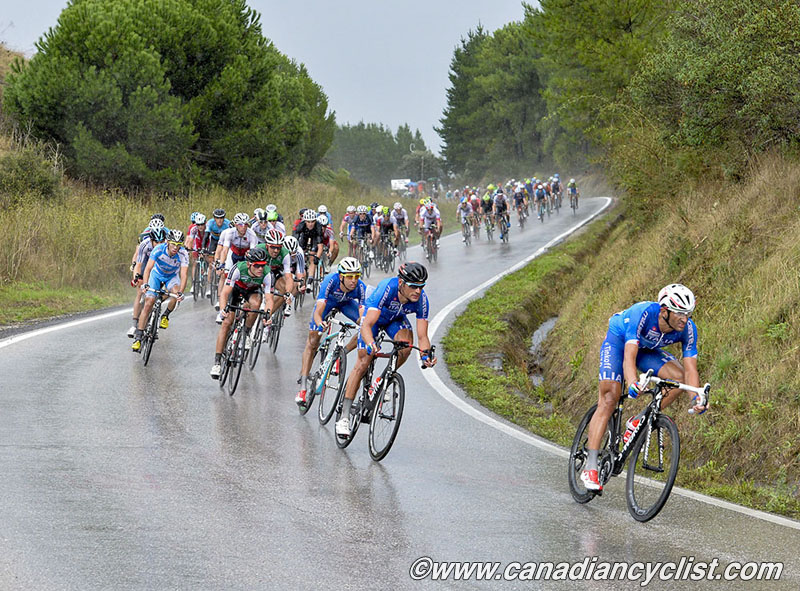 Italy's help in the latter laps pulled the early break back

However, Poland was well in control, setting tempo for much of the race, helped only on occasion by Australia and Italy.  the gap started to come down quickly after the halfway point, and the break was caught with three and a half laps to go, when a dangerous group broke away from the disintegrating peloton. 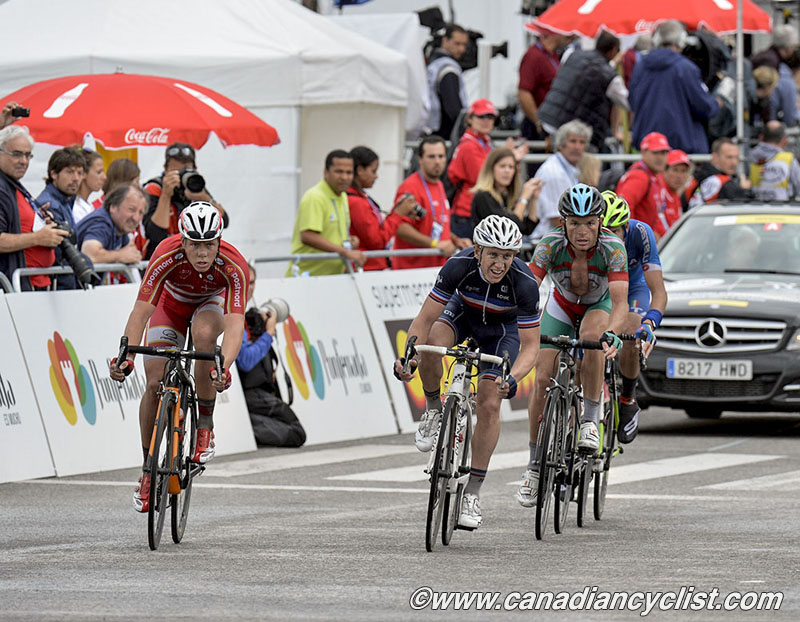 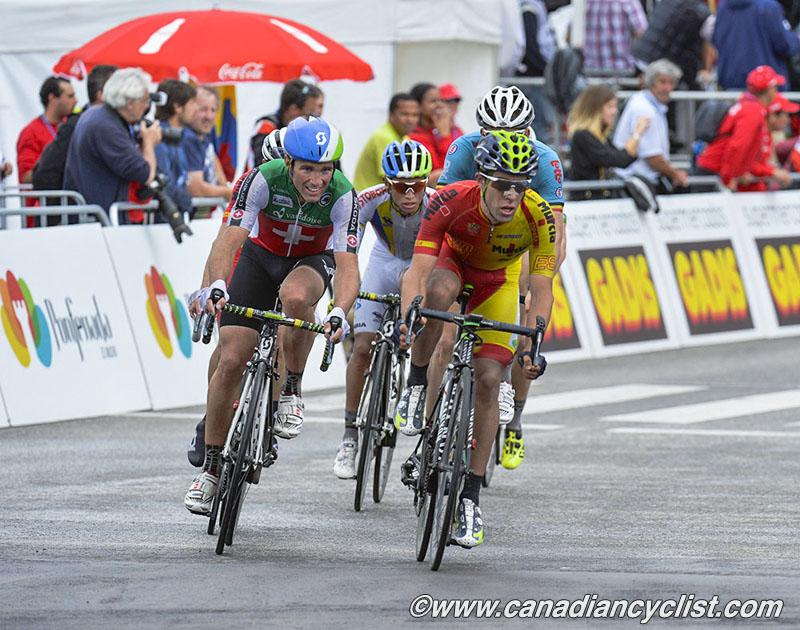 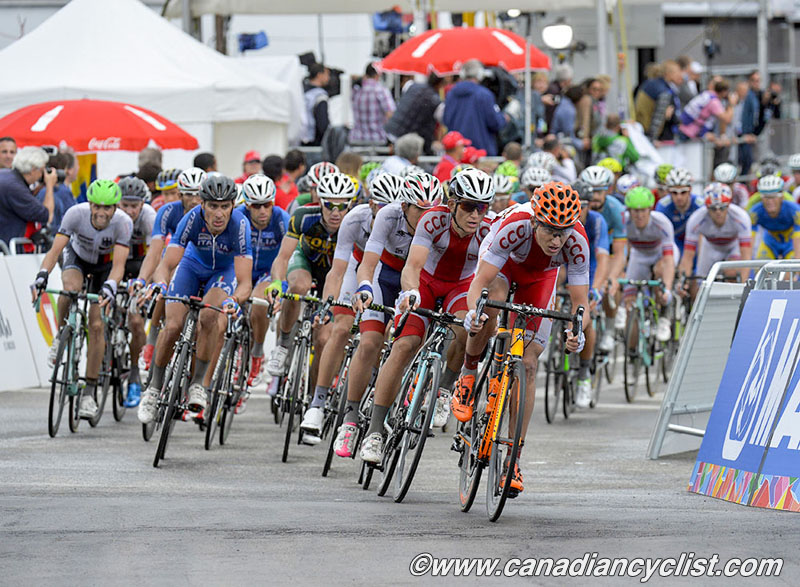 Heavy rain was falling at that point, after it was dry for the majority of the race, and both the leaders and the bunch negotiated the descents cautiously.  Poland pulled back the group, and another group launched with less than two laps to go, containing Alessandro De Marchi (Italy), Cyril Gautier (France) and Michael Andersen (Denmark), plus Vasil Kiryienka (Belarus) bridging up.

Kwiatkowski struck at a perfect moment - after the first major descent and before the final climb, with about seven kilometres to go.  He went straight by the leaders up the climb and tore down the descent, with nine seconds over a chase group containing big names such as Gerrans, Valverde, Philippe Gilbert (Belgium), John Degenkolb (Germany), Fabian Cancellara (Switzerland) and Tom Dumoulin (Netherlands).  The young Polish rider looked over his shoulder with 100 metres to go, saw that he was safe and cruised across the line with his arms in the air. 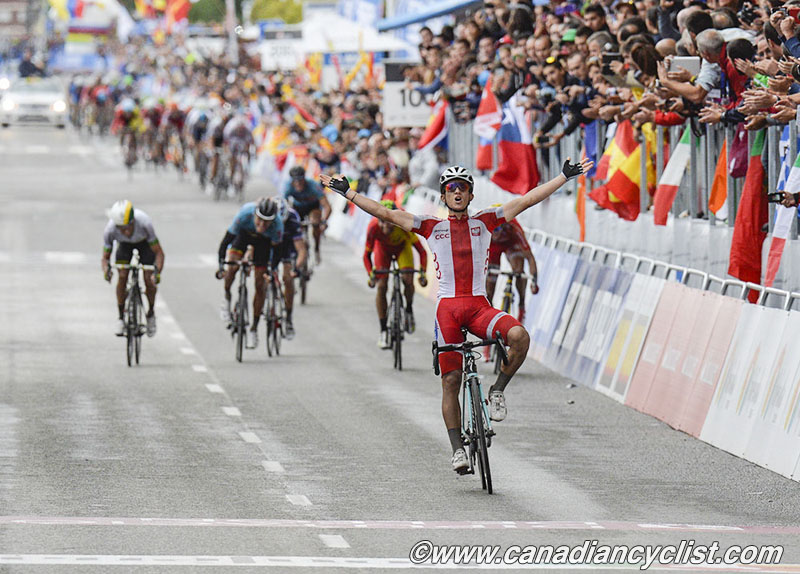 Canada had three riders in the race - Ryan Anderson, Mike Woods and Christian Meier.  Meier was out before the halfway mark, with Anderson and Woods hanging on until the final 60 kilometres of the 255 kilometre race.  Anderson was pulled late in the penultimate lap after flatting. 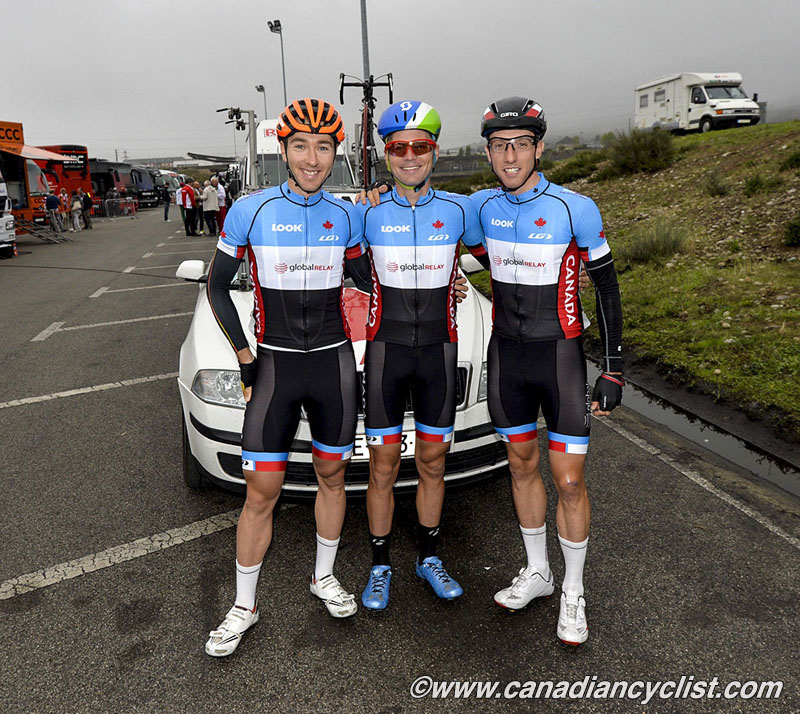 "I had a hard day," admitted Anderson.  "I was really hoping for more today. So that's a little hard to take right now. Thing just did not come together for me today and the race is so hard everything has to go right for me to have a good day. I was committed to riding things out, but ran into some bad luck getting a flat with the group I was riding in with. Got a change in the feed zone but they pulled me a few kilometres before starting my last lap, so a hard day to take in right now."