Canada's Kevin MacCuish, a long time member of the Canadian and international cycling community has joined the UCI as the BMX Coordinator, based out of the UCI headquarters in Aigle, Switzerland. He is now the second Canadian Coordinator, joining Matthew Knight, who is the Road Coordinator. 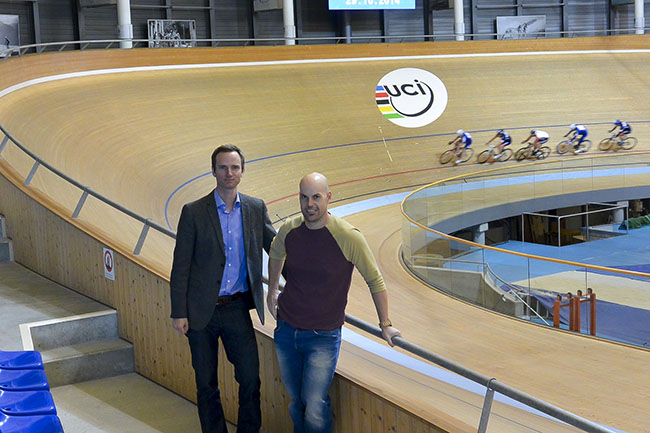 Kevin has been working in the sport of cycling either professionally or as a volunteer since late 2001. Most recently he was self-employed as a sport consultant and active as a UCI International Commissaire for the BMX and Mountain Bike disciplines. In that role, he has officiated at the Olympic Games (London 2012), Youth Olympic Games (Singapore 2010) and at multiple world championships and World Cups in both disciplines. He has also worked in cycling since 2003 in a number of different roles for Cycling BC, the Alberta Bicycle Association and for Cycling Canada, both professionally and as a volunteer.

Canadian Cyclist: Can you explain what your position is, and what are the sorts of activities it entails?

Kevin MacCuish: The word "coordinator", which is part of the job title, is actually a really good way to describe what I do over the course of a season. One of my main tasks is to manage the creation of the annual international BMX calendar. That is, review of events from the last season, approval of calendar applications from national federations, and ultimately, the process of having the international calendar approved by the UCI Management Committee. 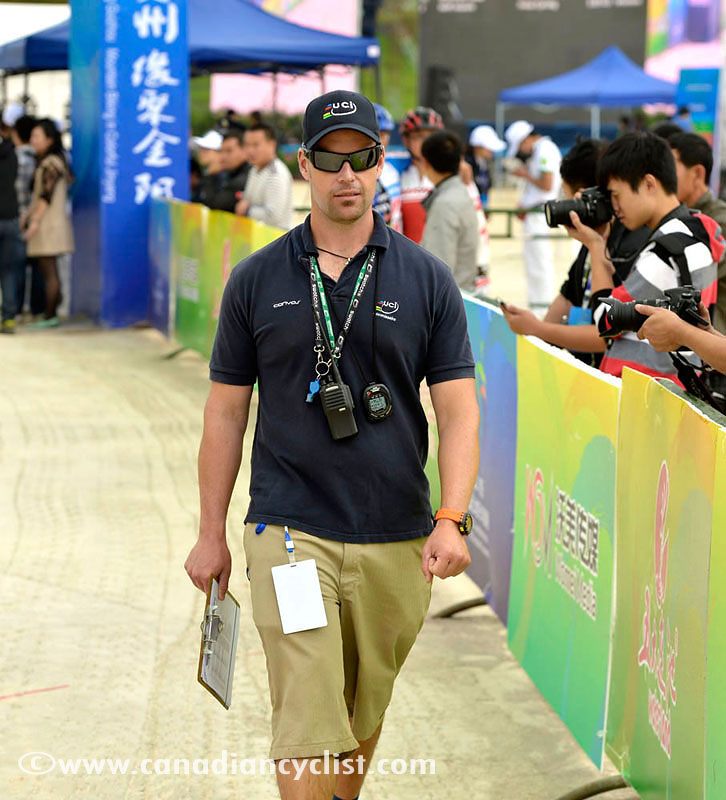 Likewise, I'm responsible for coordinating the activities of the UCI BMX Commission, which is the advisory body (reporting to the UCI Management Committee) that helps to set the general direction of the UCI for the discipline of BMX. This includes changes to the regulations as well as topics concerning technical aspects of the sport such as equipment and BMX tracks.

The role also involves helping the various continental confederations and national federations develop the sport in their regions - mainly by providing information and helping them develop capacity to support the sport, such as officials, track inspectors, resources for race organizers (such as information guides) and so on.

Finally, my role also involves some work at events. That includes being the event coordinator for the UCI BMX World Championship and Challenge, serving as Technical Delegate at some of the UCI BMX Supercross World Cups and also in working the IOC and local organizing committee of the Olympic Games to plan and execute the BMX event in the Olympics.


CC: When did you/will you start?

KM: I've already started. My first day in the office was October 6th. I'm three weeks in, and so far, so good. It was a bit of a scramble to get over here though; approval for my work permit didn't finally come through until about the middle of September, which left me with only a couple of weeks to arrange for my visa and get ready to leave.

Complicating matters is the fact that my last day as a Commissaire was as President of the Commissaires' Panel at the World Cup final in Chula Vista on the last weekend of September ... four days after that, I was on a flight to Geneva.

CC: What made you decide to pursue this position?

KM: Really, it was a desire to challenge myself. I was enjoying my work as a sport consultant and as an international commissaire, but frankly, the chance to work at this level of sport doesn't come along every day. Basically, it guarantees my ability to continue doing something I love, while trying to help the sport. Looking at it that way, it was an easy decision to make.

CC: What do you bring to the position - ie, experience, background, etc.?

KM: A variety of things I suppose... I've had many different experiences in cycling in general, and BMX in particular, over the past dozen or so years... everything from the most local level racing in Alberta to the very highest level at the Olympics. Also, because of my role as an official, I've been fortunate to have seen first-hand the challenges and opportunities facing the sport in somewhere around 30 different countries, across all of the continents where BMX is widely practiced. Being successful in that role has meant that I've learned the art of compromise, where possible, and developed the ability to deal well with people, and not just rules.

CC: Going forward, what do you see as the major actions and challenges facing BMX as you lead into the Rio Games?

KM: Well, there are a few things here. First, the level of development in the sport varies widely around the world.

Though BMX as a cycling discipline is still relatively young, compared to say road or track, it is maturing nicely in much of Europe and also in North America. There is still plenty of room for growth in terms of the size of the international calendar and in participation at all levels, but the main challenge in these regions is in promoting consistency in both event quality and execution for events on the international calendar.

Over the past few years since it was announced that BMX would be in the Olympic Games, the way that the sport is practiced at the elite level, in terms of competition format and the professionalism of the athletes, has changed very quickly.

We now need to more consistently provide a level and quality of competition suitable for those athletes around more of the world. At the same time, some evolution in the sport is both inevitable and necessary, so the challenge is balancing the imperative of change with the need for some stability.

In other areas such as Asia and, more immediately, in South America, the sport is growing rapidly in terms of interest and participation... but the capacity to support itself at the both the local and international levels has not grown at the same rate - coaches, officials, and others with the knowledge needed to support high-level competition. This is the main challenge for Rio… and looking farther ahead, also for the Tokyo games.

CC: What has it been like starting to work another Canadian - Matt Knight (UCI Road Coordinator) - in a similar position at the UCI?

KM: Well, it's been interesting. It's definitely been helpful that Matt has preceded me by a couple of years. He's faced the same challenges with integrating into Swiss life that I am - even just stuff as simple as finding a place to live... so having his advice (not to mention someone to have a beer with now and then) has been great. He's fit in really well. There's also this ski touring thing that he (and plenty of other people) seem really crazy about, so I'm going to have to give that a try.

That aside, life here is definitely different than what we're used to in Canada. It's been kind of fun settling in for the first few weeks. The UCI is actually a really international work-place; while there are many Swiss people working here, there are also expats from a variety of countries, which also makes things interesting. The first few weeks have flown by, which bodes well for the future.