The M1 Pro Cycling project is excited to present the H&R Block Pro Cycling Team roster to compete in the 2015 UCI Continental America Tour. The roster this year will be led by former national champions Garrett McLeod and Stuart Wight.

Joining McLeod and Wight from the H&R Block amateur program are riders Ryan MacDonald and Adam de Vos, who have had a number of years riding together. 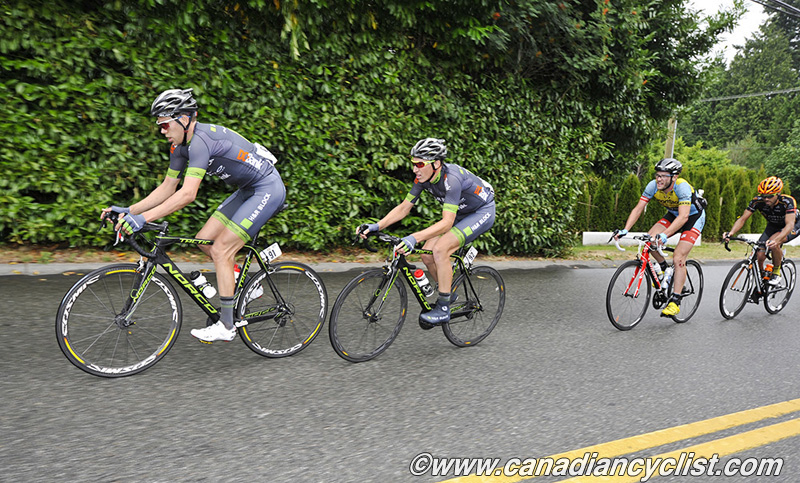 Garrett Mcleod and Stuart Wight at the 2014 Delta Road Race 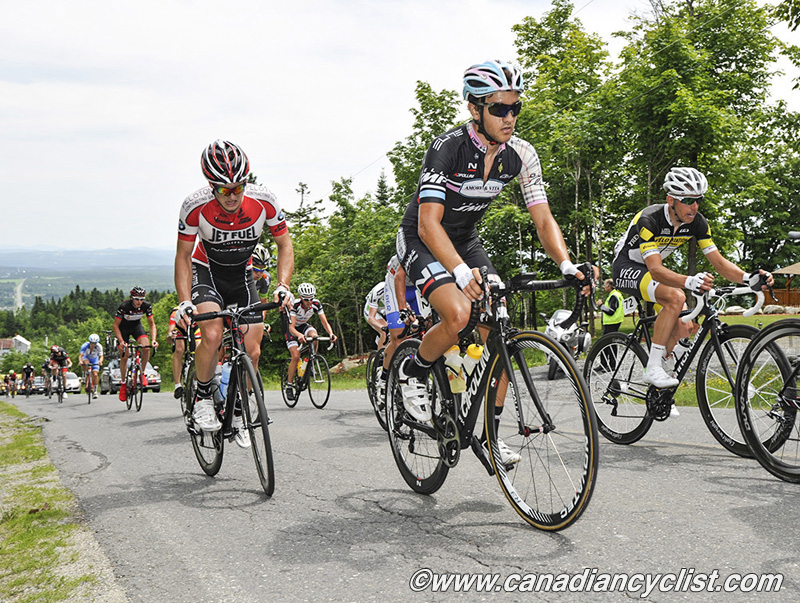 Adding to the roster of Canadian talent are new riders to the project: Felix Cote Bouvette, Bailey McKnight, James Piccoli and Travis Samuel. Individually these riders all bring a unique set of skills and are dedicated to meeting the objectives of the program.

Joining these Canadian athletes are international riders Nathan Elliot (AUS) and Jure Rupnik (SLO) who will be contributing significantly to the success of the team. These two riders bring a complementary set of skills that will help elevate the program.

The team will be led by Olympian Mr. Luca Segato. "This is going to be an exciting year. We have built a strong foundation of talent and will be expecting great results from our guys," says Segato. "I am excited to work with the team to accomplish our goals and objectives."
Heading into the inaugural season, the team has created a very specific plan that will see the team coming together kicking off the season at the San Dimas stage race in March 2015.

"The riders were chosen based on their skill set to be active in the races. We want to treat every race or stage as a new day and have riders establish breaks and not just be passive in the field," explains team CEO, Mark Ernsting.