The Canadian Track Cycling Team is competing this weekend at the final round of the 2015 World Cup.

Canada is sending a development squad to compete in the Women's Team Pursuit event. Catherine Dessureault, Kinley Gibson, Ariane Bonhomme and Annie Foreman-Mackey will all make their World Cup debut in the event. 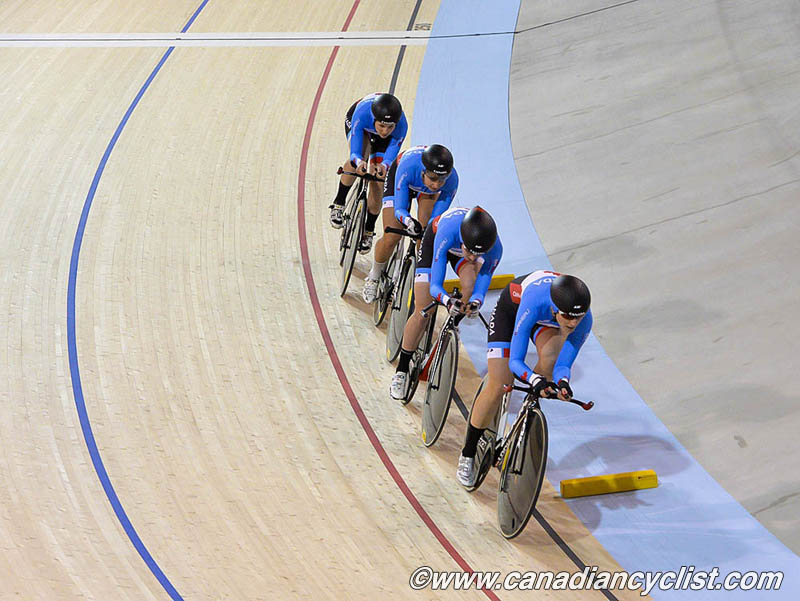 Since 2012, Canada has been on the podium in all World Cup and World Championship events with Jasmin Glaesser, Laura Brown, Stephanie Roorda, Allison Beveridge and Kirsty Lay. These Team Pursuit riders are skipping this World Cup round in order to prepare optimally for the upcoming World Championships, to take place near Paris [France] at the end of February. 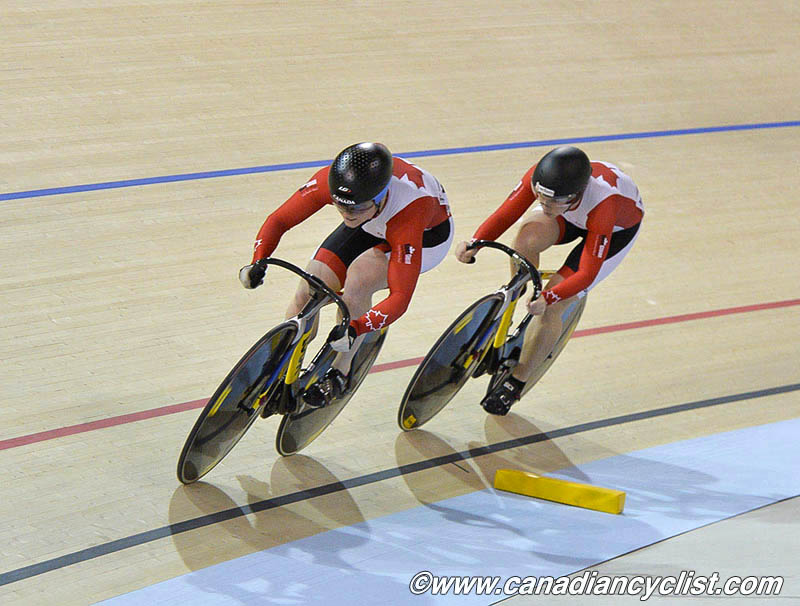 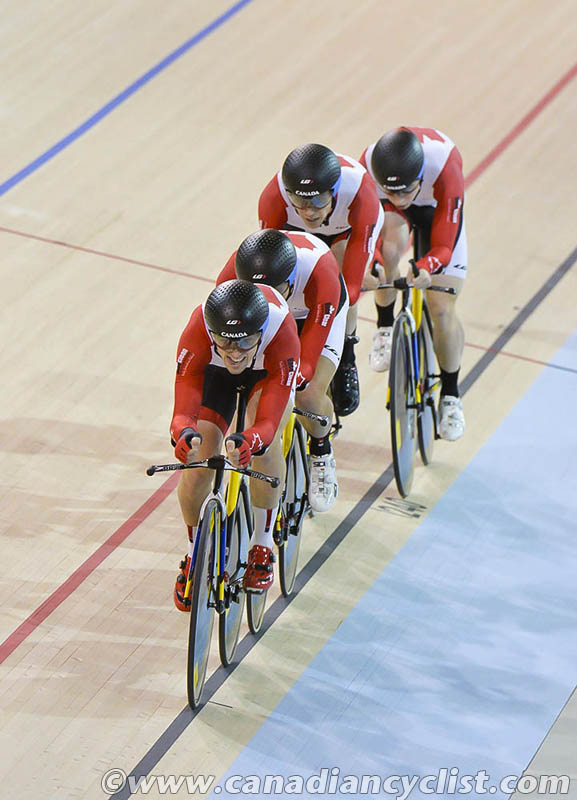 Also, competing in this final World Cup of the season will be the men's Team Pursuit squad. The men’s team pursuit squad will be comprised of Rémi Pelletier-Roy, Eric Johnstone, Aidan Caves, Sean McKinnon and Adam Jamieson.