Giant, the world leader in cycling technology, announced on Monday that it is expanding its partnership with Crankworx, a series of major mountain bike events held annually around the world.

Starting in 2015, Giant will be a sponsor of all three events in the Crankworx World Tour: the original Crankworx Whistler in British Columbia, Canada; Crankworx Les Deux Alpes in France; and a new event this year, Crankworx Rotorua in New Zealand. The new sponsorship agreement lasts through 2017.

"Crankworx represents a celebration of mountain biking, from pros pushing their limits to newcomers and kids discovering the pure joy of riding," said Giant Global Marketing Director An Le. "We're proud to elevate our partnership with Crankworx on three continents to help showcase the sport globally, and to inspire the next generation of rippers."

The 2015 Crankworx World Tour kicks off next month with the March 25-29 Crankworx Rotorua event in New Zealand. Competition there includes the opening round of the 2015 Enduro World Series - a major focus for riders of the Giant Factory Off-Road Team.

Giant is an event sponsor of the Crankworx Rotorua event and also the title sponsor of the Enduro World Series race there. The events at Rotorua will be take place on Mt. Ngongotaha, covering an impressive 145km trail network in the renowned Whakarewarewa Forest.

The second round of the Crankworx World Tour takes place later this summer in the French Alps. Giant is also a sponsor of that event, Crankworx Les Deux Alpes, which celebrates its fourth year in France July 9-12. A full slate of events, from DH to enduro to slopestyle and more, will be held on the steep slopes of the Alps near the France-Italy border.

And in August Giant returns as a sponsor at the event that started it all, Crankworx Whistler. This is the focus of the season for many pro athletes, and the number one dream destination for many off-road riders around the world. Staged in the world's largest lift-accessed mountain bike playground, Whistler Mountain Bike Park, it's an event that draws an audience of more than 300,000 annually over a week-and-a-half of jam-packed action on Whistler's 4,900 vertical feet of big-mountain terrain. 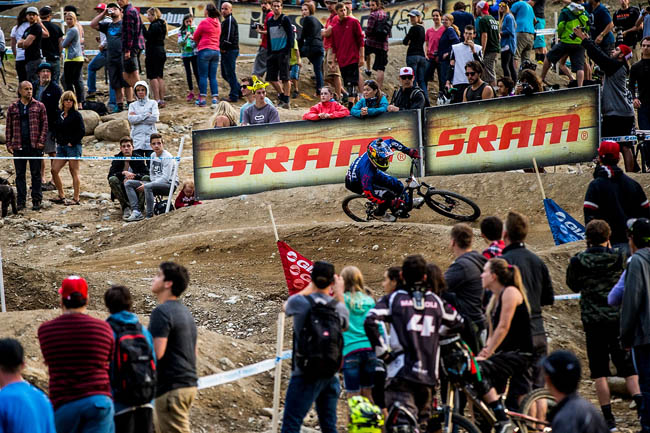 Giant has been a partner of Crankworx Whistler for the past few years, and returns this year as both an event sponsor and the title sponsor of the Giant Slalom competition.

Five-time Colombian national downhill champion Marcelo Gutierrez will lead the Giant Factory Off-Road Team as it competes in a variety of events at Whistler, August 7-16. Gutierrez will attempt to win the Garbanzo Downhill event for the third time and also reclaim his "King of Crankworx" title from 2014.

For more information on the 2015 Crankworx World Tour, go to www.crankworx.com.