Earlier this month, Alphamantis Technologies of Montreal visited the Milton Velodrome to train GTA (Greater Toronto Area) bike fitters in their technology, so that they too could offer services in aerodynamic performance improvement.

Andy Froncioni invited us down to watch them work with national team member (and Canadian Hour Record holder) Ed Veal. Froncioni and software developer Josef Gebel are part of the team that developed this system, which is available through local partners at a number of velodromes in Europe, the USA and, now, Canada. 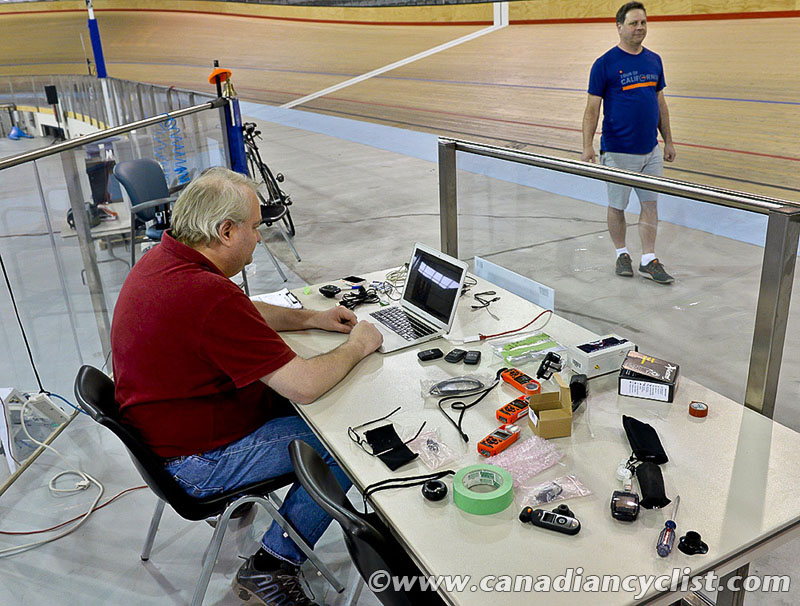 Collecting data at the Milton velodrome 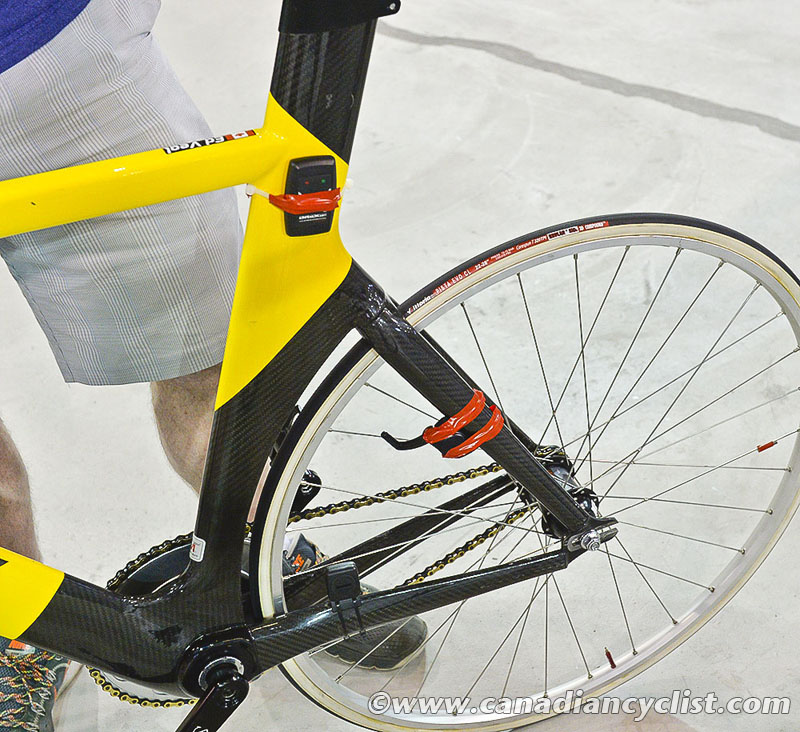 Some of the sensors used 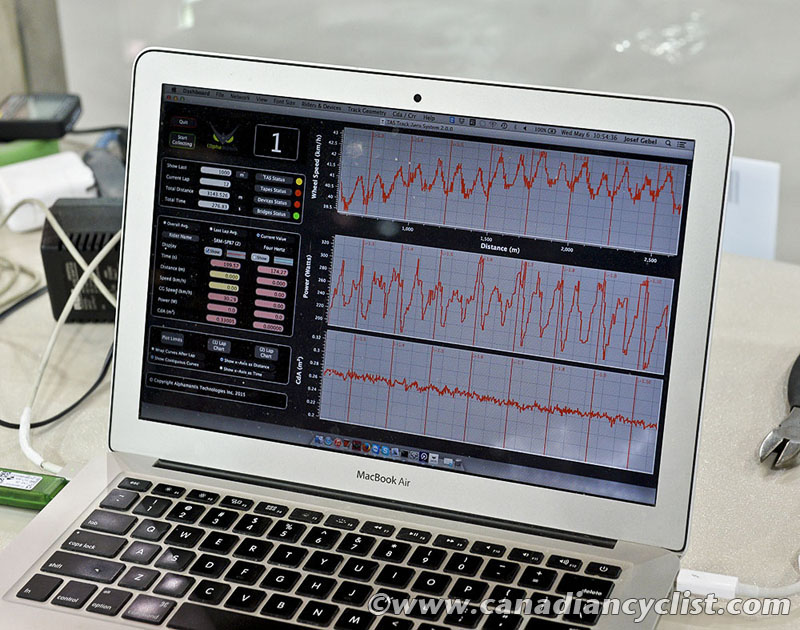 Basically, their Track Aero System (TAS) measures power output as riders circle the track, and as adjustments are made to position and equipment they can track how efficiently the rider is performing - lower power output for the same speed is more efficient. Their mathematical algorithms calculate CdA (Coefficient of Drag).

As well as working with the national team, Alphamantis was at the velodrome to train and certify local fitters, who will then be able to offer this service as a more advanced version of fitting when they become partners and have the appropriate software and sensors. They expect to have this service available in the GTA as of October, when the track reopens after the Pan Am / Parapan Am Games.