One week after the Cross-country UCI Mountain Bike World Cup opened in Nove Mesto, Czech Republic, the competition moves to Albstadt, Germany, for the second round.

Playing host for the third consecutive year, Albstadt has developed a reputation as a physically demanding circuit, with long, steep climbs.  The weather can also play a considerably factor here, with rain in the first year turning the course into a slippery mess.  The circuit is 4.18 kilometres in length. 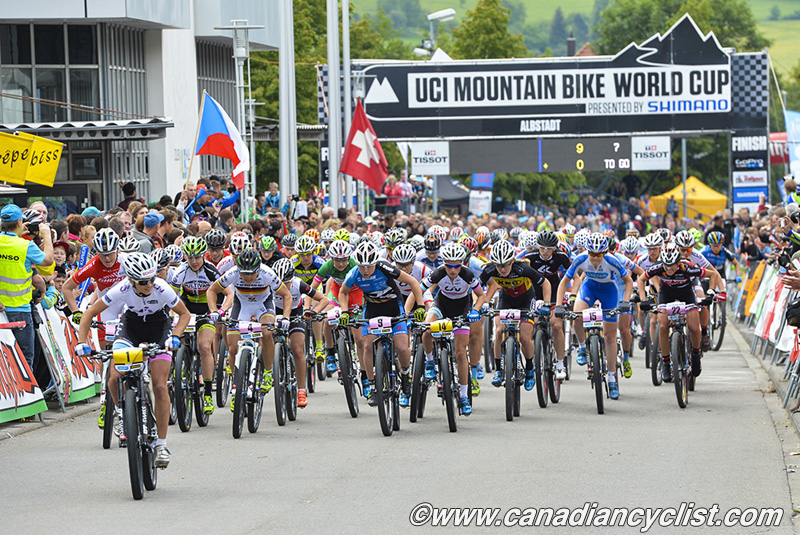 Starting on pavement, the riders have a long false flat section before turning left and heading onto a grass field and going through the first pit.  From here it is the first long climb out of the valley to the highest part of the course.  They then drop down into the middle of the valley through some switchbacks and a big drop off jump before hitting the pits again, and then a second long switchback climb followed by a descent back to the finish. 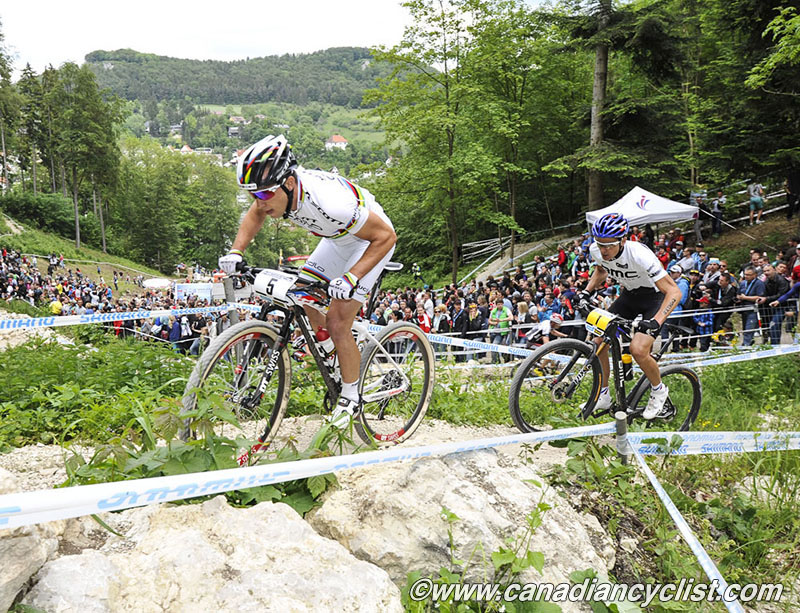 Long climb to the top of the course 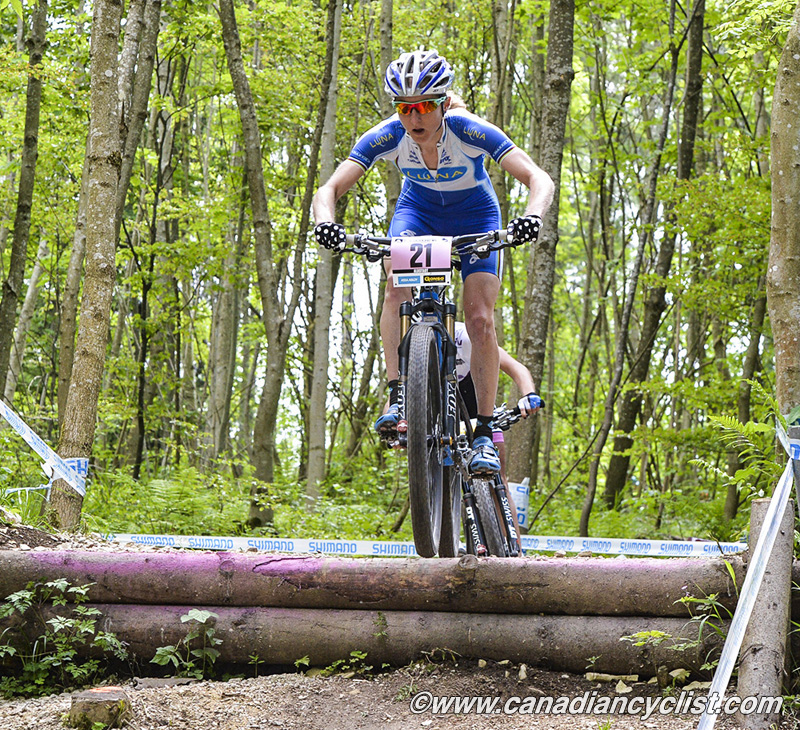 The weather is forecast to be sunny, so the men will likely do eight laps and the women seven (one less if it is muddy).  Officials are also looking at adding a start loop for the first time, to spread out the field before the first climb.

Pauline Ferrand Prevot (Rabo Liv) is the defending champion for the Elite women, and finished third in Nove Mesto, so will be a podium contender.  However, the big battle will likely be between Round One winner Jolanda Neff (Stoeckli) and Gunn-Rita Dahle Flesjaa (Mulitvan Merida), who finished right on Neff's wheel in Nove Mesto.  Dahle Flesjaa is still looking for a record-breaking 29th World Cup victory, after coming so close last week.  Other podium contenders include world champion Catharine Pendrel (Luna) and Annika Langvad (Specialized).

Other Canadian women on the start list include Emily Batty (Trek Factory Racing), Sandra Walter (Canadian National), Mikaela Kofman (Scott-3Rox) and Cindy Montambault (Equipe de Quebec).  An interesting note is that a win by a Canadian woman would be number 37, breaking the tie between Canada and the USA for the most women's World Cup wins by country (Alison Sydor has 18 wins, Pendrel 11, Marie-Helene Premont 6 and Chrissy Dejonge 1)

On the men's side, the three strongest contenders are Round One winner Jaroslav Kulhavy (Specialized), second ranked Nino Schurter (Scott-Odlo) and world champion Julien Absalon (BMC), who is the defending champion in Albstadt.  Others to watch for include Florian Vogel (Focus XC) and Mathias Fluckiger (Stoeckli). 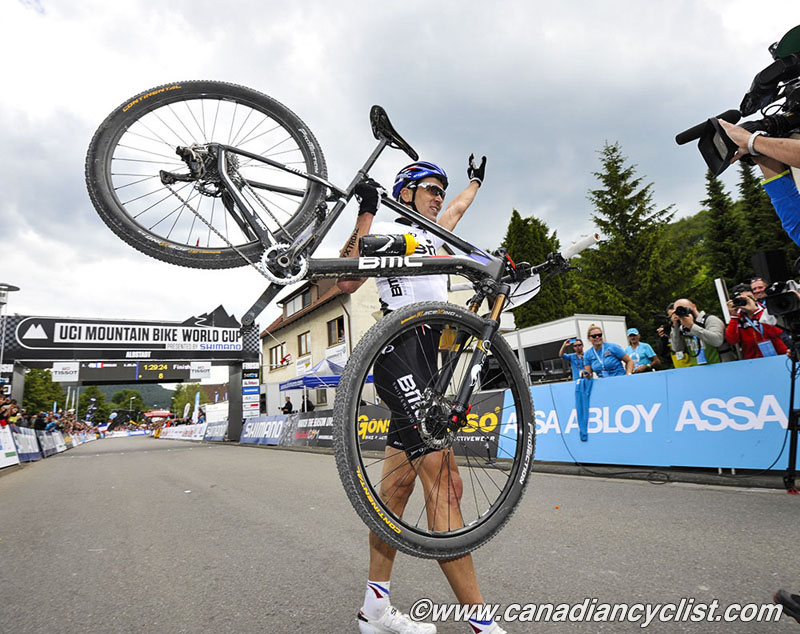 Lars Forster (Wheeler-IXS) won the first round for the Under 23 men, however, Howard Grotts (Specialized) and Spanish national champion Pablo Rodriguez have both ridden well in Albstadt previously.  Peter Disera (Canadian National) was the top Canadian at Nove Mesto, and will be joined on the start line by Alexandre Vialle (Equipe Espresso Sports-Uniprix) and Marc-Andre Fortier (Canadian National).