Held on the same course as Stage 1 of the Tour de Beauce two weeks earlier, the 186 kilometre race took riders north of Saint-Georges, Quebec, for 32.5 kilometres, to a 15 kilometre circuit, which the riders completed eight times before heading back to Saint-Georges for the finish.  The rolling terrain and gusting wind left little chance for recovery, and the race finished with a steep 200 metre climb to the finish line. 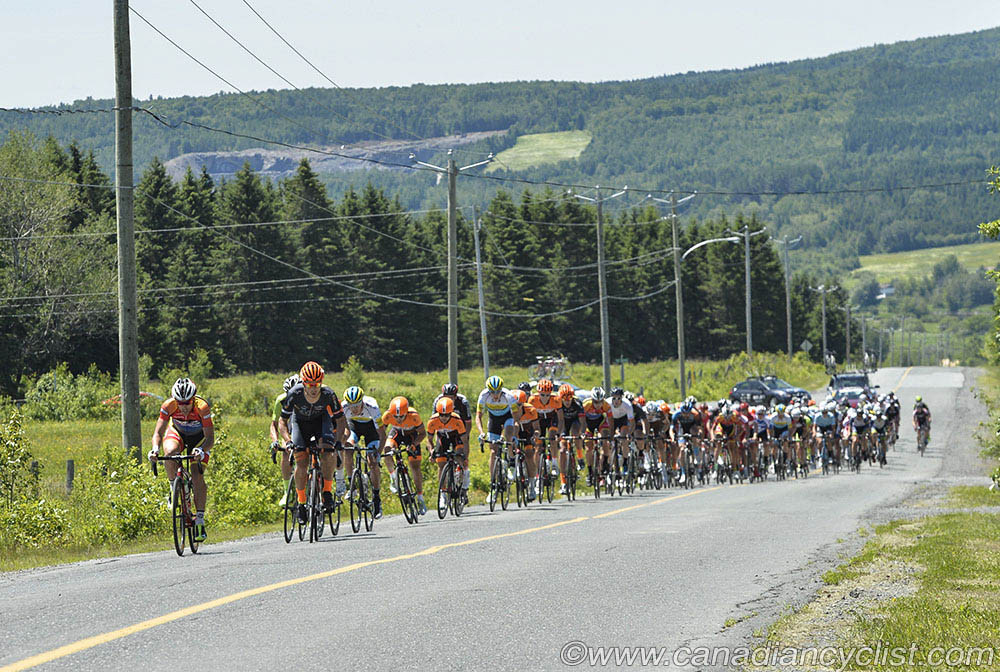 The 123 rider field was dominated by three Continental level squads - Optum with 5 riders, Silber with 8 and Smartstop with 3.  Also in the mix were European-based pros Hugo Houle (AG2R la Mondiale), Antoine Duchesne (Europcar), Christian Meier (Orica GreenEDGE) and Dominique Rollin (Cofidis), the latter out early, suffering from breathing problems due to a lung infection.

The real battle was expected to be between Optum and Silber, and that was the way it unfolded.  Attacks began in the first kilometre, with a break of four established in the first ten kilometres, containing Mike Woods (Optum), Kris Dahl (Smartstop), Adam de Vos (H&R Block) and Derrick St John (Silber).  de Vos was the only Under 23 rider in the group. 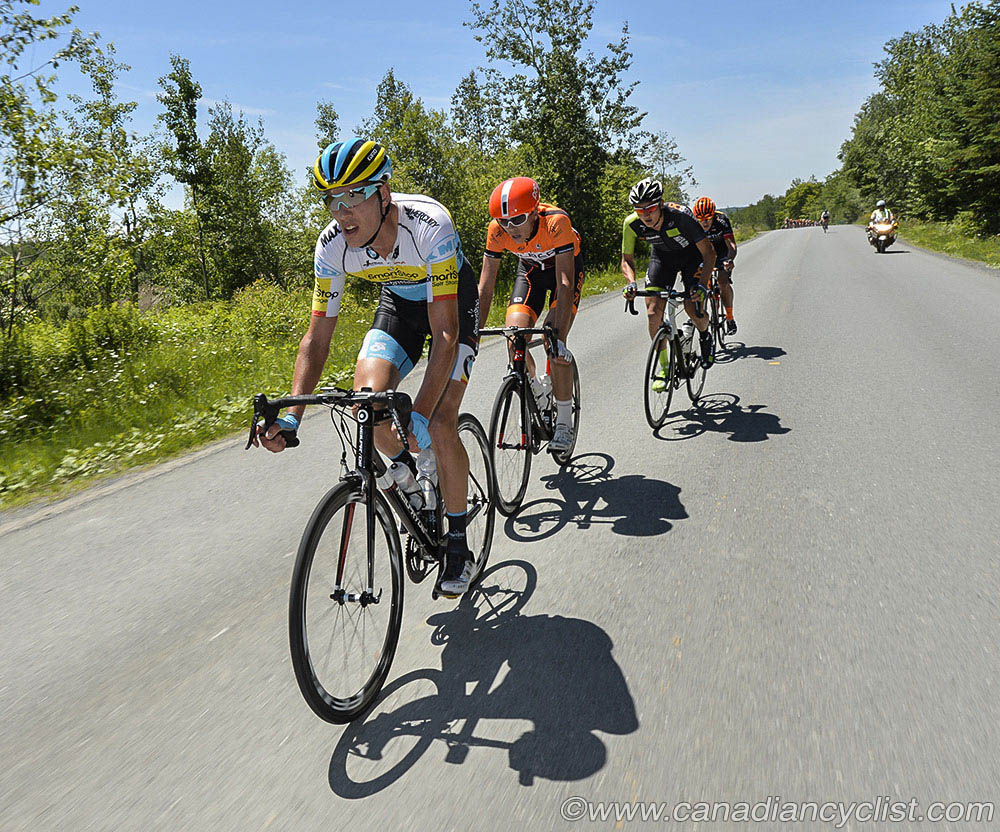 The four riders took the gap to nearly two minutes, but Meier, Duchesne and Houle took turns setting tempo to bring it back to under a minute.  Four riders then bridged across on the third lap - Houle, Rob Britton (Smartstop), U23-aged Alex Cataford (Silber) and Will Routley (Optum). 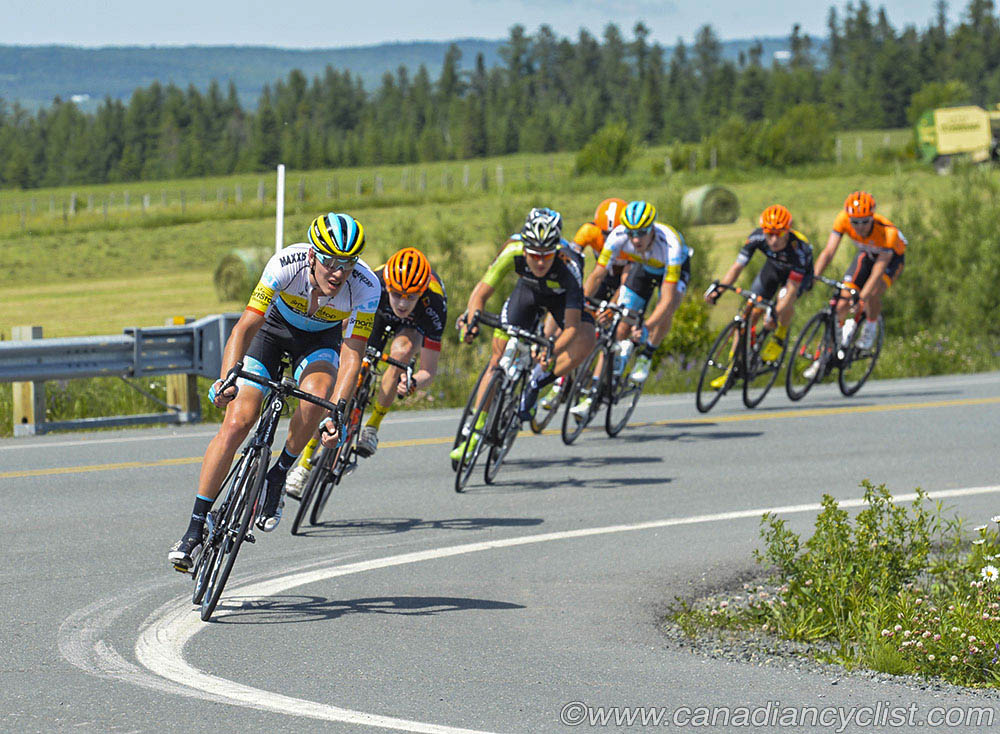 This gave the three big teams two riders each up front and the gap began to grow quickly, up to four minutes by the eighth and final lap of the circuit.  It appeared that the race was down to the front group, and then St John attacked off the front, joined by Routley. 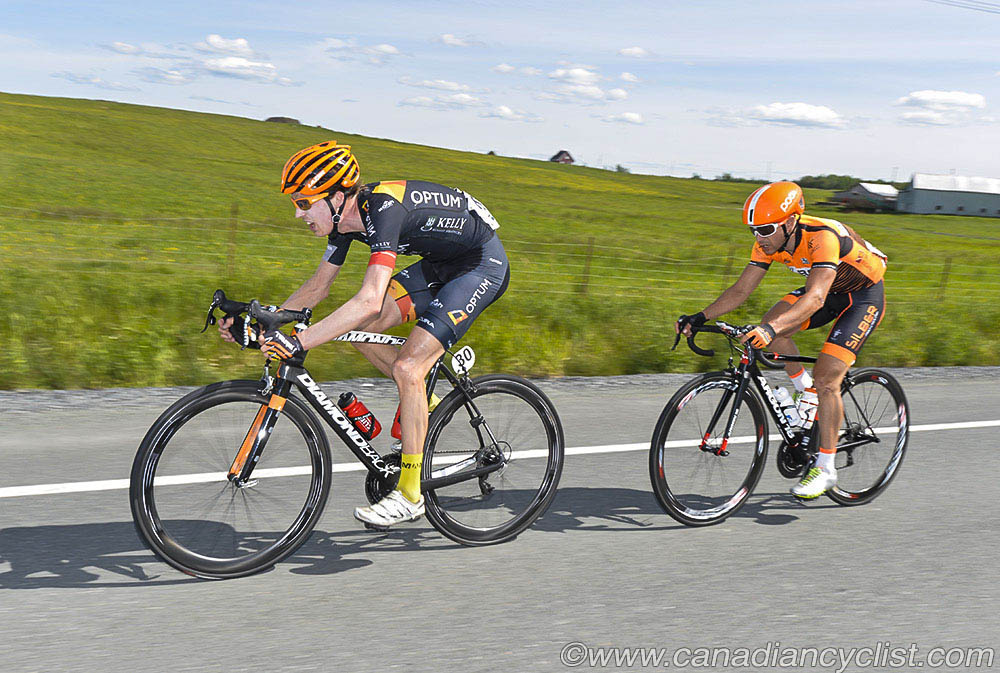 The pair went over a minute up as the race exited the circuit, with Houle and de Vos the only two willing to chase.  It looked like the race would come down to Silber versus Optum, but communication problems with race radio meant that no one up front knew that a group of eight was driving across the gap.

Meier made a massive effort on the route back to town, leading a group containing Duchesne, Boivin, Perry, Anderson, Roth, Zach Bell (Smartstop) and U23 aged Travis Samuel (H&R Block).  This group caught the chasers with about five kilometres to go and the two leaders with less then two kilometres remaining.

Boivin and Anderson timed their move to the front perfectly, hitting it just before the final right hander into the climb to the line. 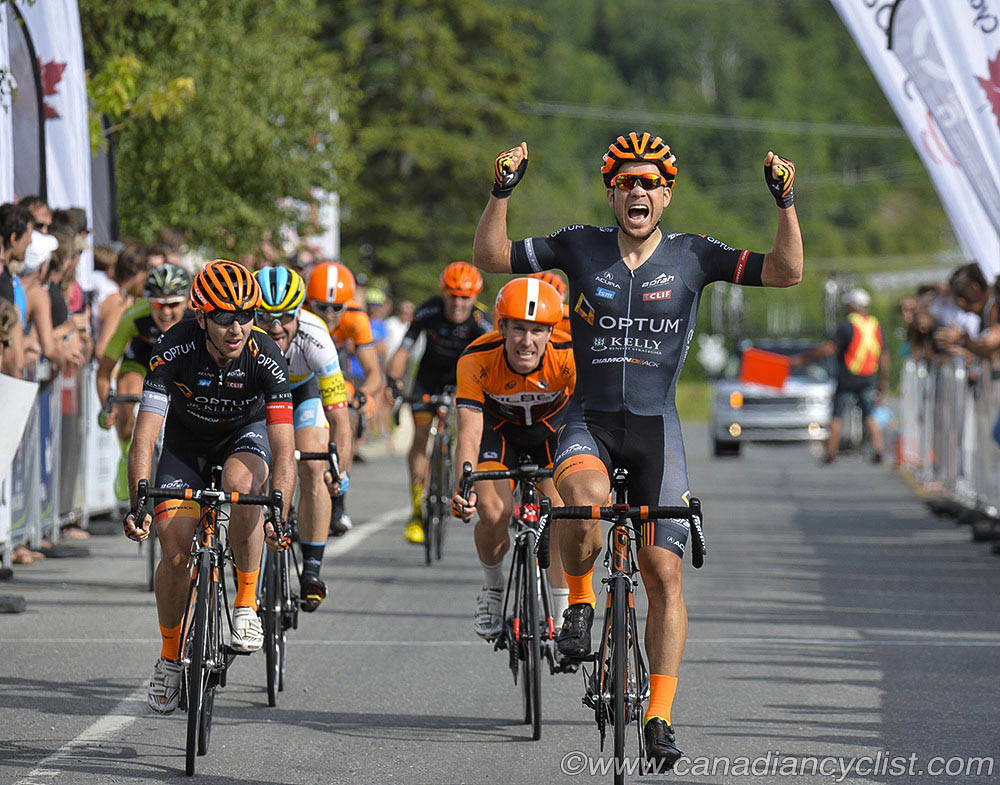 "To be honest, after 100K, I thought the race was over for me," explained Boivin.  "But Randy [Ryan Anderson] and I kept following moves and Christian, Antoine and Zach drove the last 20K really hard, and Ryan and I could benefit from our team mates up the road."

"I couldn't believe it all came back together in the last 5K, and from there I knew I had no choice but to win the bike race.  I wanted to make sure I was in the top two for the final corner; I punched it a 100 metres before the corner and ended up turning first with Randy on my wheel, and put my head down.  With 75 metres to go I was sure that I was going to take it."

"It's an unbelievable feeling," said Boivin, who had family and friends on hand to watch his victory.  "I have to thank the team, we had the race under control all day.  I can't thank the guys enough and I think we rode a perfect race."