Tristan Uhl and Katerina Nash take the same trail but different paths to winning Day 2 of the BC Bike Race on the shores of Powell River, BC.

The second day of the 2015 BC Bike Race offered riders a break from the heat exposed climbs of the previous day. With more wooded canopies, vibrant moss, precious loam, and single track than the day before, Powell River delivered a mountain bike celebration on the shores of the Salish Sea. 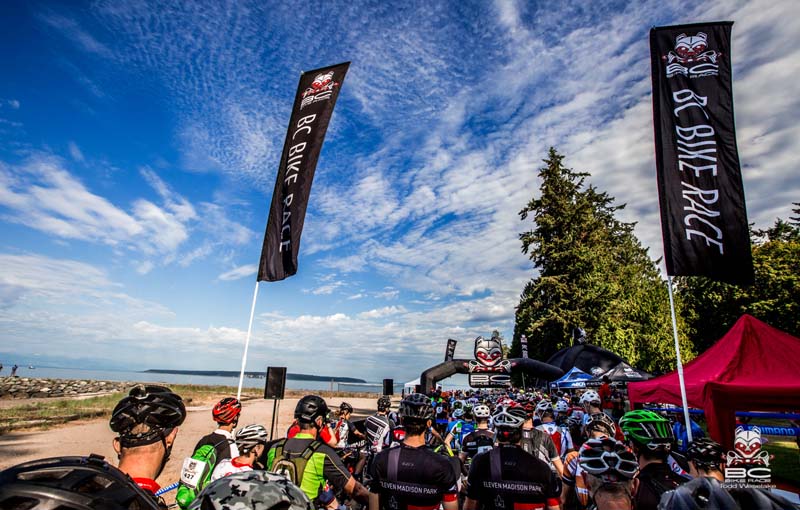 Salish Sea to the left and tents to the right make the Powell River start one of the most scenic of the race. - RavenEyePhoto.com

Despite riding a bike more prepared for the North Shore, Neil Tilly of London England felt, "Day two was one of the best days on a bike I've ever had, just because it's a mix of everything. Not too difficult, great flow, great trails, and the people from here, their support is just like running a marathon. Everytime you're a bit weary there's people dancing and clapping." 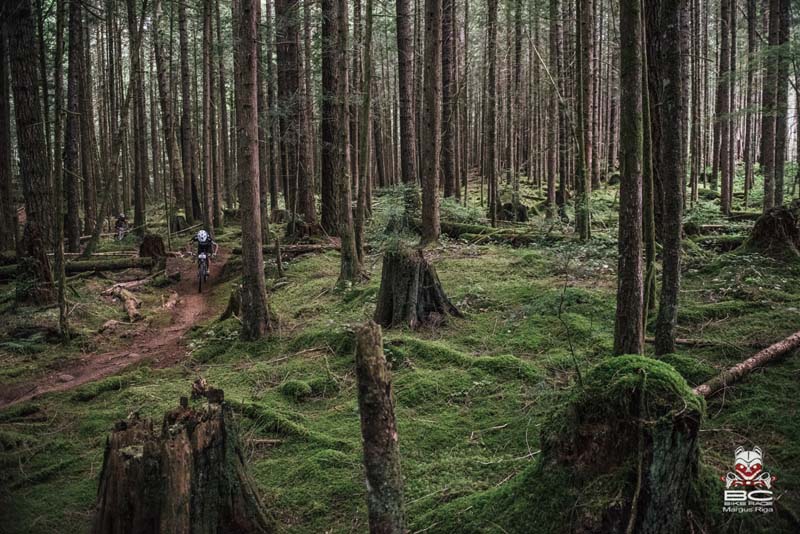 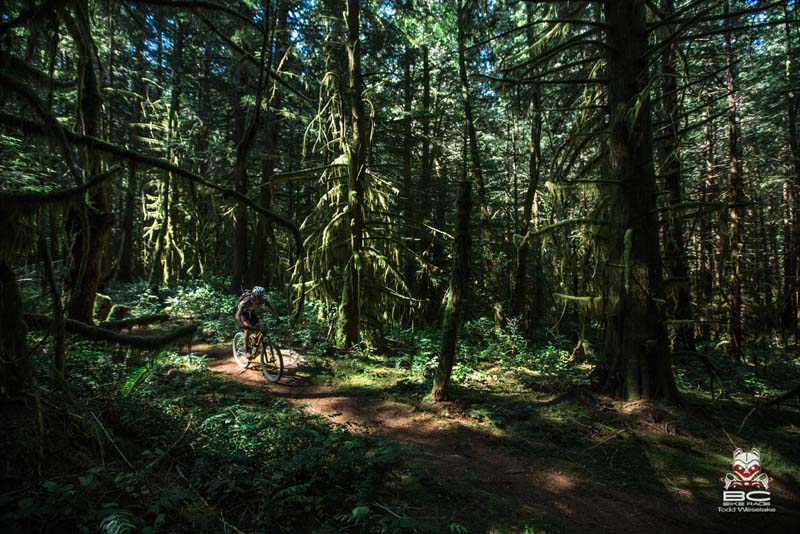 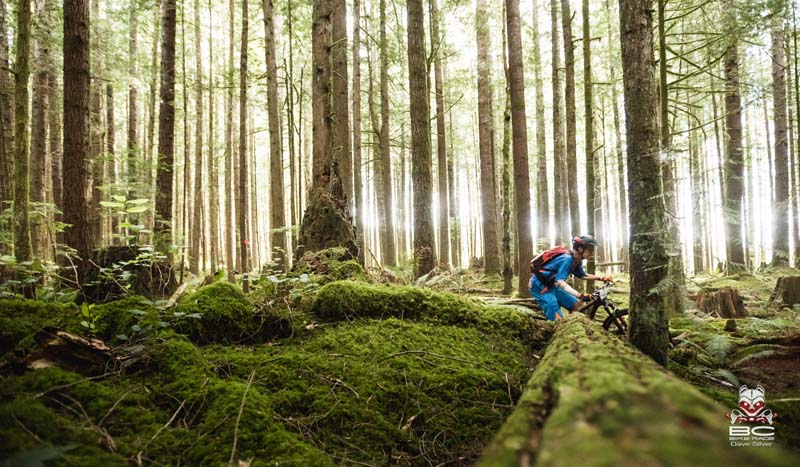 Each community that hosts a day of the BCBR brings something unique to their stage and Powell River is a community that is ready to support positive events when they come to town. Isolated to the point of only being accessible by a ferry the region is home to 17,000 people. As first-time BCBR racer Graham Cocksridge of Powell River puts it, the community "is full of doers, because if you want anything, you can't go to the next town." He pointed out that last year, riders and non-riders put in over 9000 hours of volunteer hours on mountain bike trails in the area and that the groups cheering in the woods were just as likely to not be riders. As a rare local to enter the event, Graham had a few extra cheers in the trails before finishing 18th in the Solo Men's category.

Men's Solo: Uhl's sprint tactics bring home the victory.
Soon after the race start next to the pebbled beach of the Salish Sea, Spencer Paxson (Kona Bikes) decided to prove that the previous day's win wasn't a fluke of the trail or teamwork. Despite dropping the pack with only Quinn Moberg (Rocky Mountain Bicycles) making a short-lived attempt to hold on, Paxson quickly saw the three minute lead he built up halfway into the course disappear when he put his head down and missed a turn on a brief section of gravel road. The blown turn cost him ten minutes on the day as the chase group of Tristan Uhl (Competitive Cyclist), Thomas Turner (Team Jamis), Quin Moberg, Barry Wicks and Kris Sneddon of Kona Bikes hammered their way to the finish. 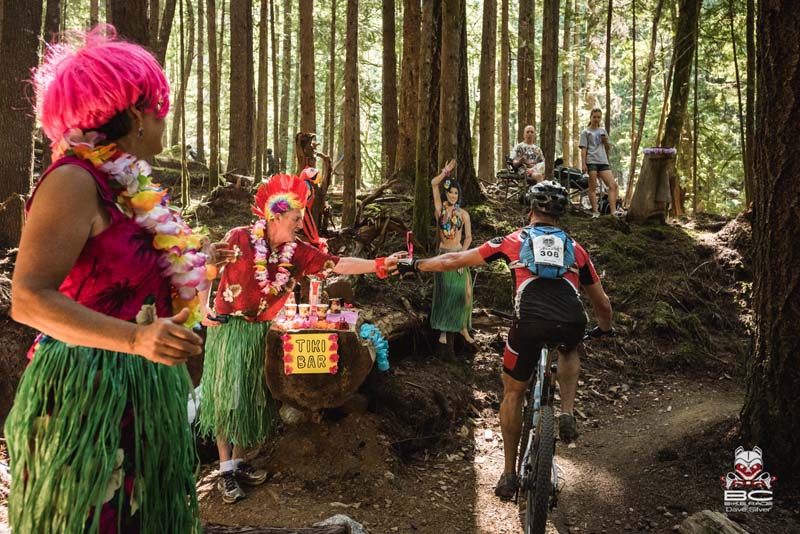 Late confusion about what happened to Paxson changed the tactics of the Kona team and they began racing for first across the finish line. Sneddon made a break for it before the closing kilometers and was holding a 10 second lead on the rest of the pack. With a kilometer to go Uhl left the rest of the chasers and began closing the gap on Sneddon. Wicks began a hard chase but got squeezed out at the line as he was caught behind his teammate while Uhl managed to come around Sneddon for the line. "I launched a hard attack with 1 KM to go, and got a little gap on Barry and I just pushed it as hard as I could. I caught Kris 20 feet from the line and Barry caught me at the same time. It was kind of like a bottleneck but I managed to get around him and Barry got stuck behind." 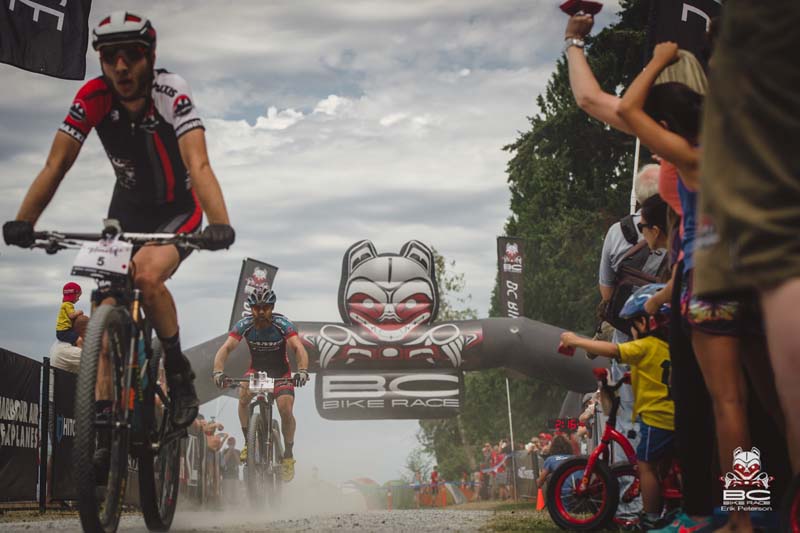 Paxson took his day in stride. "The only real mishap is it's embarrassing, you didn't hurt yourself, didn't break your bike, didn't have a biological mistake, like not drinking enough. It's the embarrassing factor because you missed a marked turn." With five days to go the strength of Paxson will likely see him chipping away at the gap. The exciting thing for the spectators is to see if he can do it and to watch the motivation of the other riders change along the way. One second separates Uhl and Wicks while Sneddon hangs only another 18 seconds back. Paxson is just shy of 8 minutes in the rear.

Women's Solo: Nash solidifies her lead another 5 minutes.
Off the start Katerina Nash (Luna) employed tactics that kept her with the main group of riders to establish some distance between herself and her competitors. Vicki Barclay (Stan's NoTubes/ Bike Flights) worked her way into the lead group as well but wasn't able to hold the pace as long as Nash. Still, once in the singletrack and with a look over the shoulder Nash realized that there was space to be created. "I went hard the first two or three miles, and then settled into a good pace and was in a pretty large group of guys. I spotted someone a ways behind me so I decided to pick it up a little bit."

For Barclay, it was a fast start and she hung with the lead group of guys as much as possible but fell back on the gravel road. "Once we started to climb on the single track there was a little back and forth, and I was about 20 seconds back and I think she saw me. I just tried to ride consistent all day. It was a great day for me, and a super fun course. It was smooth, not bumpy, everything you could just ride so easily over everything." Rebecca Hodgetts of the USA pulled in for third on the day but managed to maintain a 2:30 minute lead over Barclay for cumulative second place after two days.

Men's Duo Open: Rocky Mountain's Calhoun and Day Back At It
After a year separated, the friends and teammates who have won the race in the past as a Duo returned to take on the original category the BC Bike Race was based on. "Our goal is to be in the top ten every day overall. We want to do the category justice. Sure Greg and I could split up, but I have a thing with stage races where it started as a team of two. It has such a different element. You race by yourself all the time. The team of two adds a unique element to racing."

The second place team of Alexander Stark and Florian Schoer (Scott Bike 24 MTN Race Team) are 15 minutes back after two days but it is the Imparables 2  80+ Duo team that is challenging the Rocky Mountain Boys the most. Ibon Zugasti and former World Cup DH racer Tomi Misser are only six minutes back. 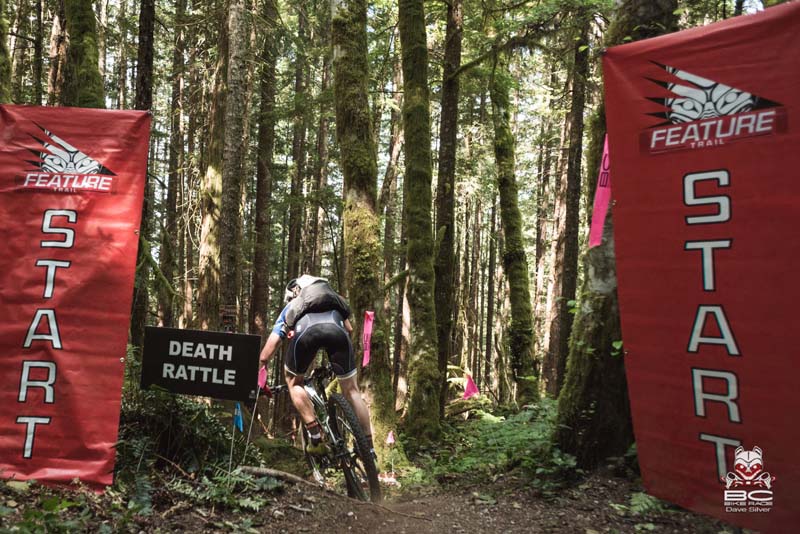 Feature Trail: Death Rattle
Today's feature trail has been used in the past years as an enduro section with it's plunging neckline through the old growth forest. The emerald greens of the thick moss covering the slopes through the forest line the edges of Death Rattle trail as it dives and weaves to the road below. As a classic trail in the forest it's one of the best gravity fueled rips through the forest. The Chain Gang of the Powell River Cycling Association is responsible for maintaining many of the amazing trails throughout the forest. 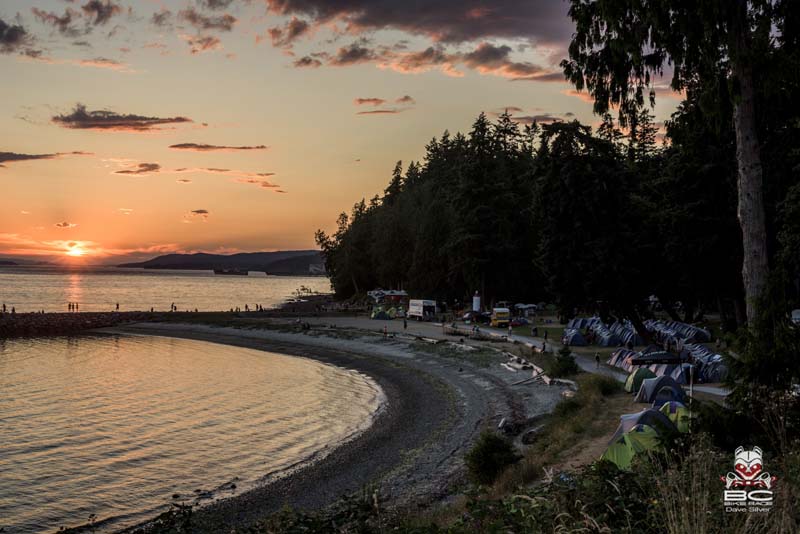 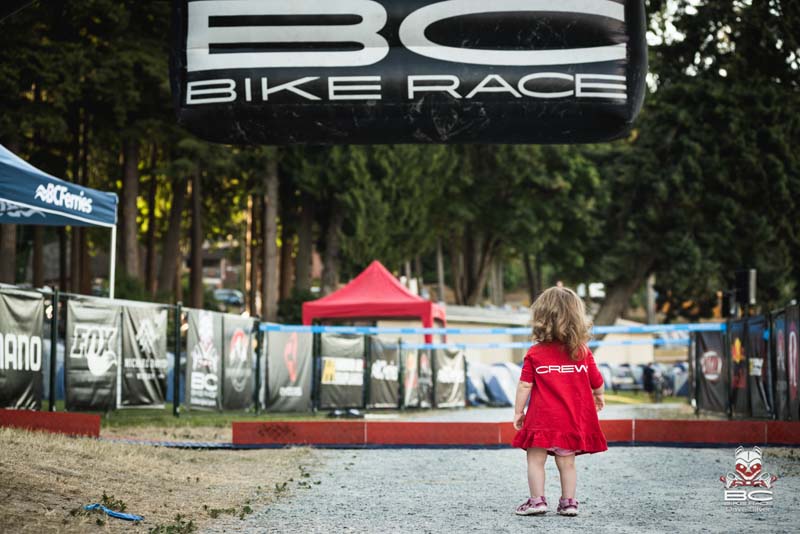