Tory Nyhaug scored Canada's first cycling gold medal on Day 1 of the Pan American Games with a dominating performance in the Men's BMX. Nyhaug was the fastest qualifier and won all of his heats on the way to gold. Felicia Stancil of the USA took the women's title after Olympic and world champion Mariana Pajon (Colombia) crashed in the final while in the lead. 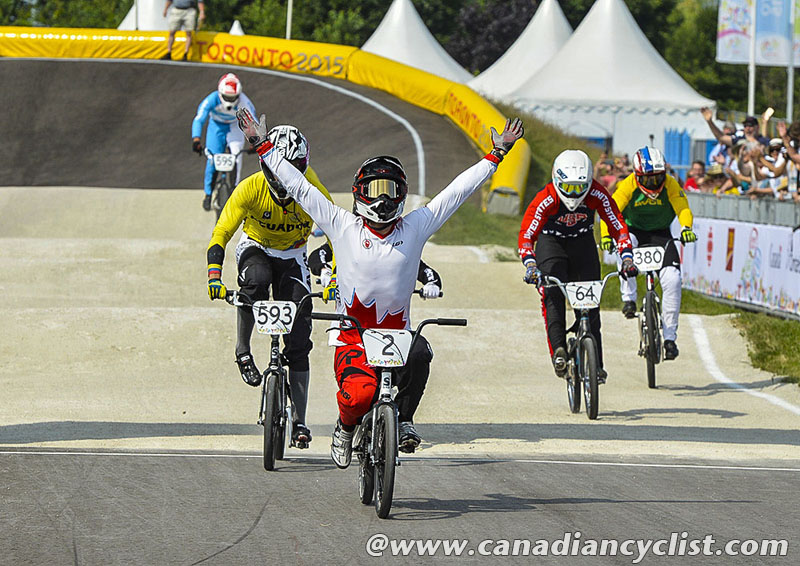 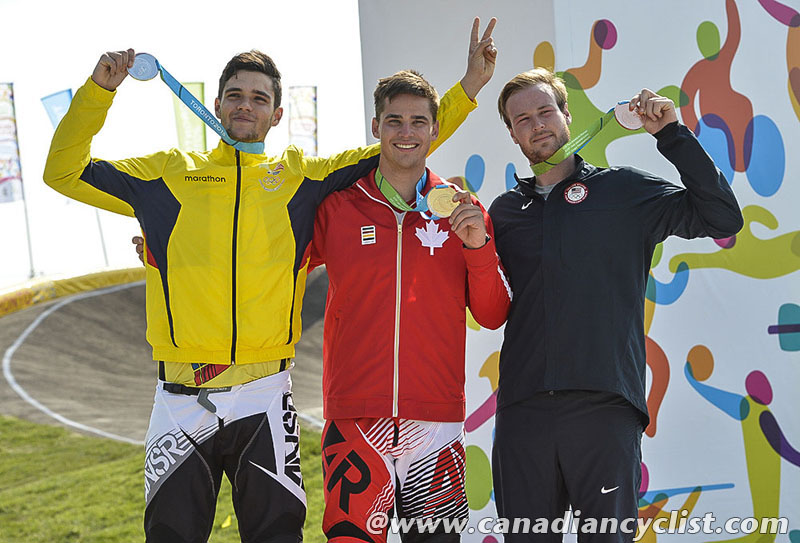 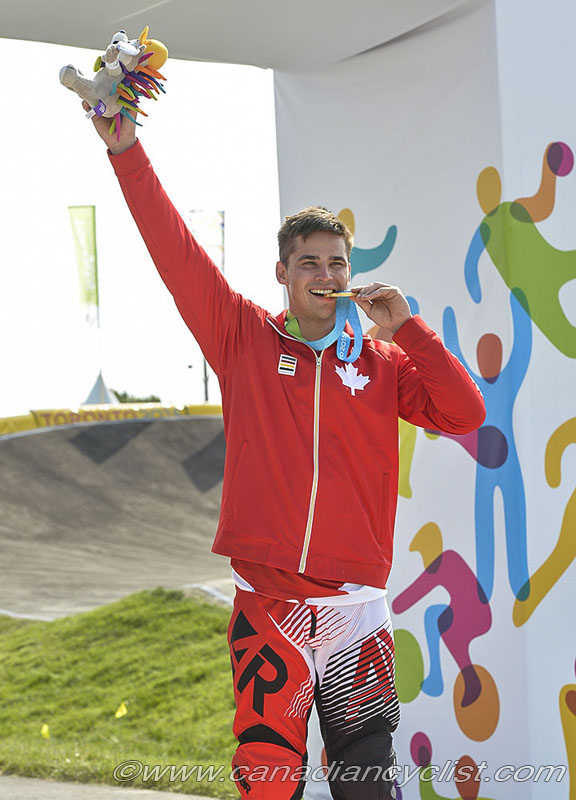 Canada's other riders did not fare as well, not making the finals for either men or women. James Brown was relegated in the first quarterfinal moto and flatted in the second one, ruining his chances of moving on. In the women's competition, Amelia Walsh was relegated in one moto and crashed in another, while Daina Tuchscherer missed the final by one spot, finishing fifth in her motos.