Competition began on Friday at Mont Ste Anne, Canada, with qualifications for Round 5 of the Downhill series in the UCI Mountain Bike World Cup presented by Shimano.  Rachel Atherton (GT Factory) extended her lead in the women's series with a winning run, but men's series leader Aaron Gwin (Specialized) crashed out, tightening up the standings for the men.  National champion Miranda Miller was the top Canadian women, in seventh, with Mark Wallace (Devinci Global Racing) the top man in 13th.

Heavy rain overnight left wooded sections of the track muddy and slippery, but in the open it was dry for the women.  Atherton was first out of the gate, and set a time that could not be touched, finishing nearly five seconds ahead second ranked Emmeline Ragot (MS Mondraker).  World champion Manon Carpenter (Madison Saracen) was a distant third, 11.5 seconds back.  Behind Miller, Casey Brown - ninth in the overall standings - qualified ninth.  Canadian Junior Georgia Astle qualified 12th and Jaime Hill 20th. 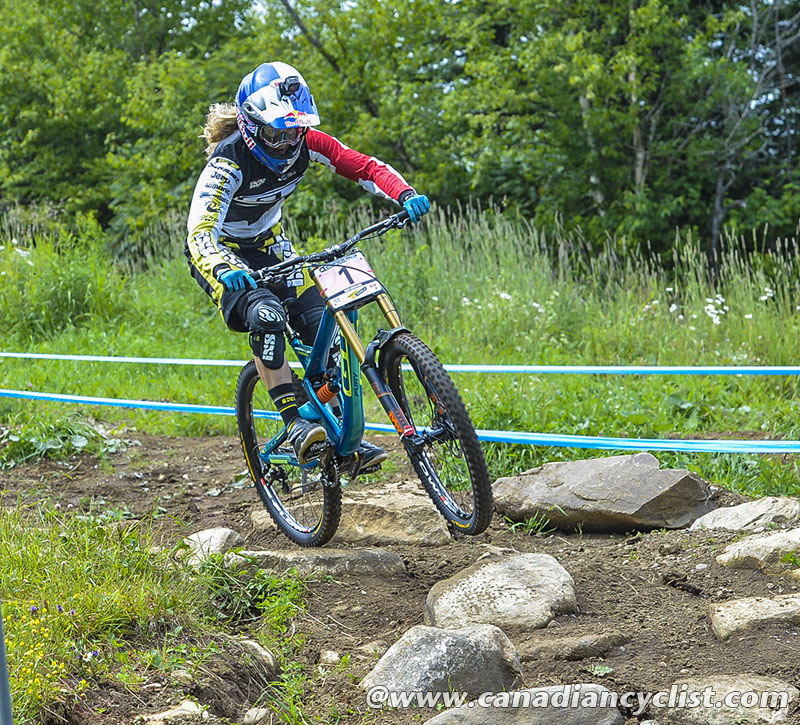 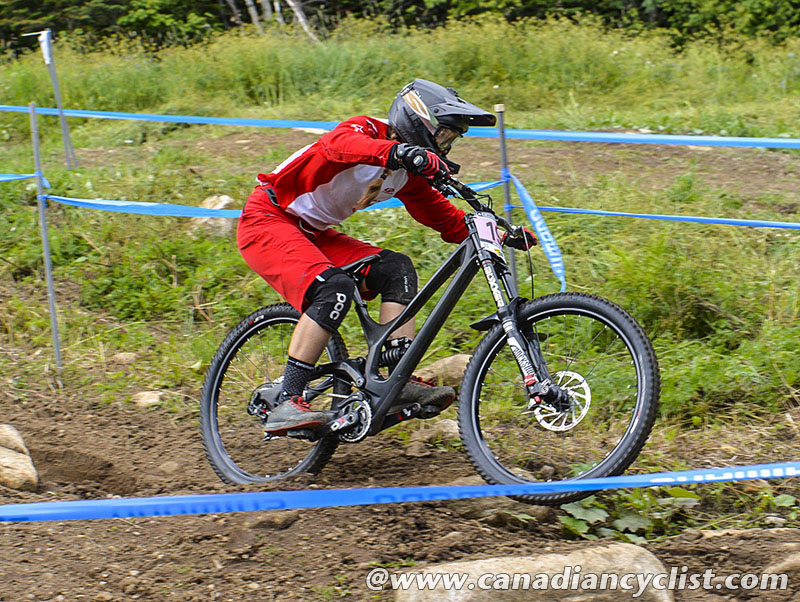 Ten minutes before the start of the men's race, the skies opened and the course was hit with heavy rain.  Gwin, the first down the course, gave notice to the rest of the field that the track was incredibly slick, going down in the first corner and sliding through the mud.  When he got back on his bike he discovered that he had broken off his left crankarm, ending his day, although as a protected rider he will start the Final on Saturday. 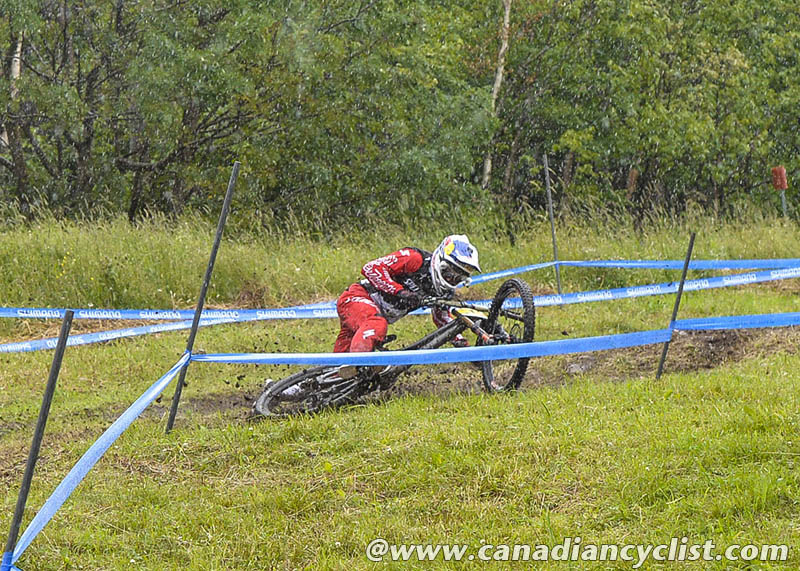 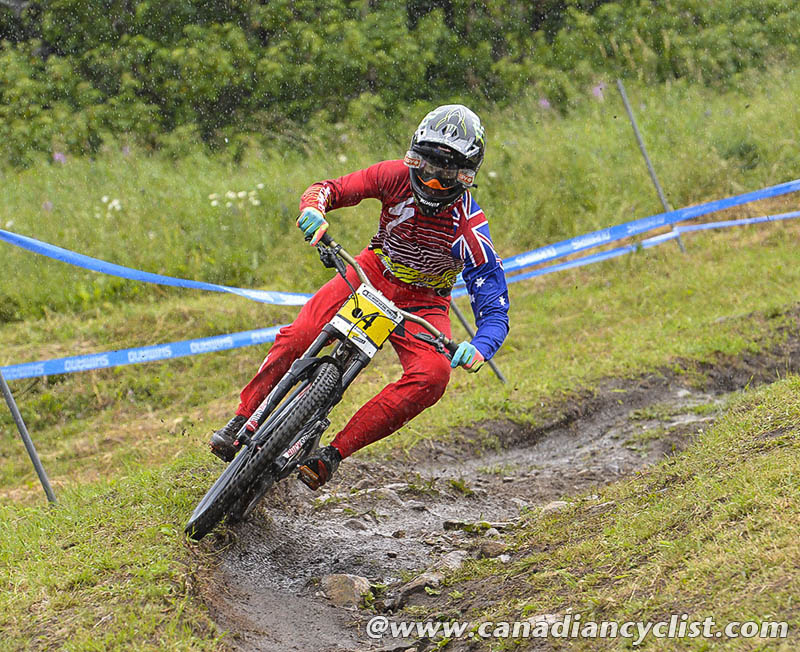 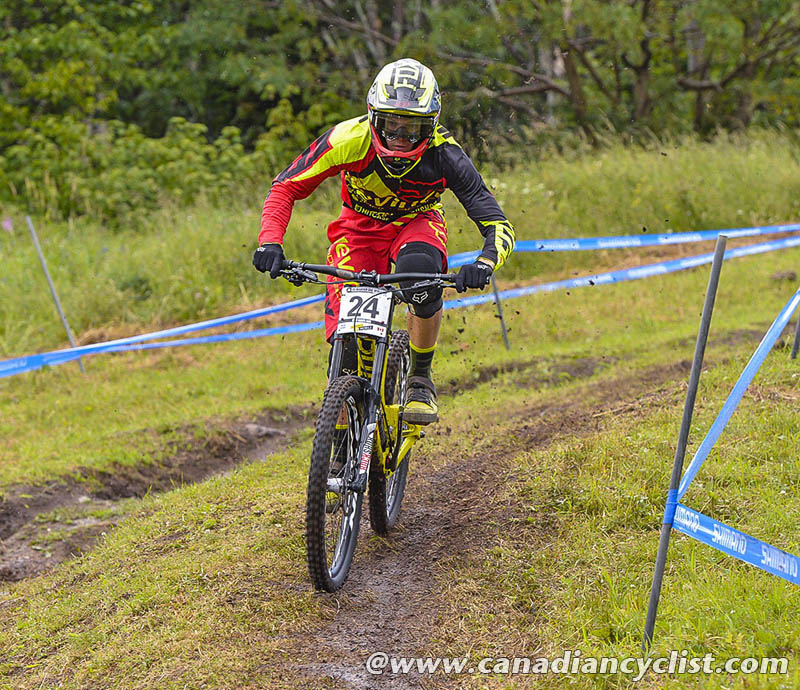 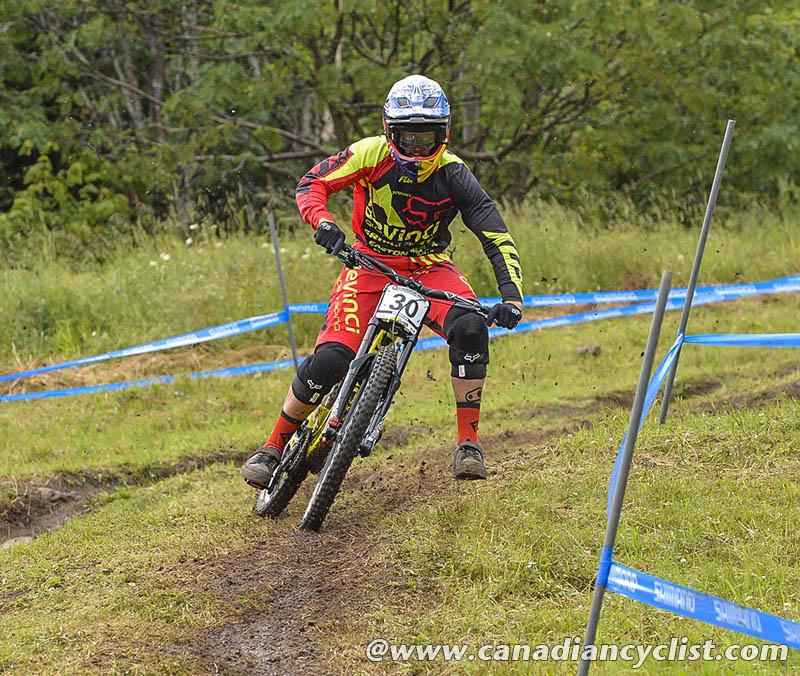 Wallace was the only Canadian to crack the top-40 for the men, with Forrest Riesco next in 44th, and then 2013 MSA winner Steve Smith (Devinci Global Racing) in 54th.  Only two other Canadian men qualified for the Final - Hugo Langevin in 62nd and national champion Matt Beer in 77th.