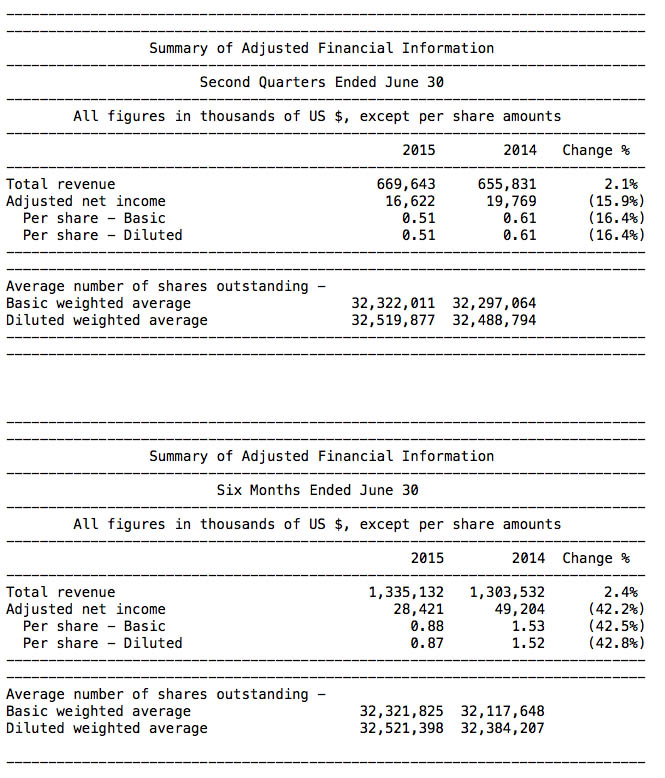 "In Home Furnishings we are having a breakout year with revenues increasing by 29.9% in the quarter and 23.1% year-to-date. Operating profit was up 65.3% and 36.9% in the quarter and six months respectively. Dorel's Juvenile and Sports segments continue to operate in an environment of challenging foreign exchange rates as the US dollar remains strong against practically all currencies. This had a significant effect on our earnings, impacting operating profit in the two segments combined by a net negative amount of approximately US$12 million in the second quarter alone, bringing the net negative FX year-to-date impact to approximately US$25 million. We have done a good job mitigating this impact with selective price increases and other proactive measures and our results reflect that. There have been numerous improvements at our Dorel Juvenile China factories and we are pleased with the progress of the integration process," said Dorel President & CEO, Martin Schwartz. 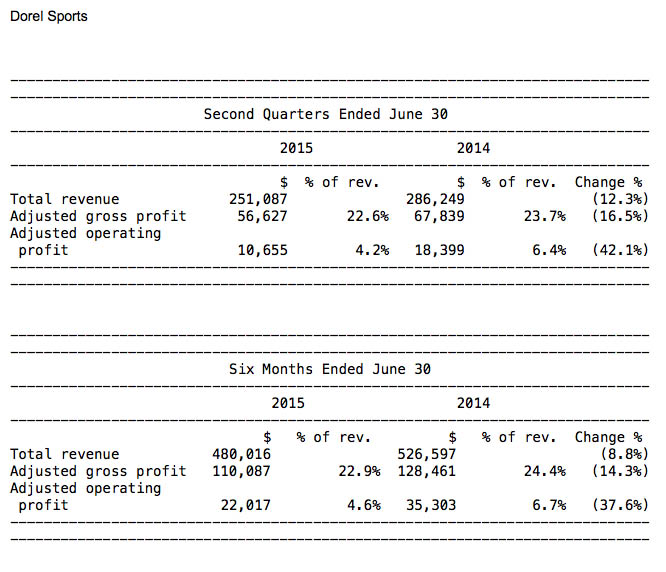 The Brazilian based Caloi division had double digit organic revenue growth in local currency as that division rebounded from last year's soft second quarter due to the negative impact of World Cup events. Sales also increased organically in Japan and the UK. Offsetting this, was organic sales decline in the quarter in Europe as dealers purchased inventory in the first quarter ahead of price increases implemented in April and in anticipation of the launch of new model-year 2016 products in the third quarter. New pricing on model year 2016 bicycles is being announced and the introductions have received excellent reviews from retailers and media. Sales decline in North America was due partly to a wet month of May as well as to mass customers reducing inventory levels in the sporting goods category.