Tim Wellens (Lotto Soudal) beat heavy rain, breakaway companion Adam Yates, and a peloton depleted by the stormy conditions to win the 6th edition of the Grand Prix Cycliste de Montreal on Sunday. The 24-year-old Belgian, recent winner of the Eneco Tour, timed his move perfectly in the last ascent of the Camillien-Houde climb, going onto the wheel of Adam Yates, and then coming by him in the final 150 metres to clinch his biggest one-day victory to date. Portugal's Rui Costa, winner here in 2011, took third place for his fourth podium place in the Grands Prix Cyclistes de Québec et de Montréal. Only 64 of 167 starters finished.

Canada had two finishers, both racing for Team Canada - Michael Woods in 23rd and Ryan Anderson in 41st. 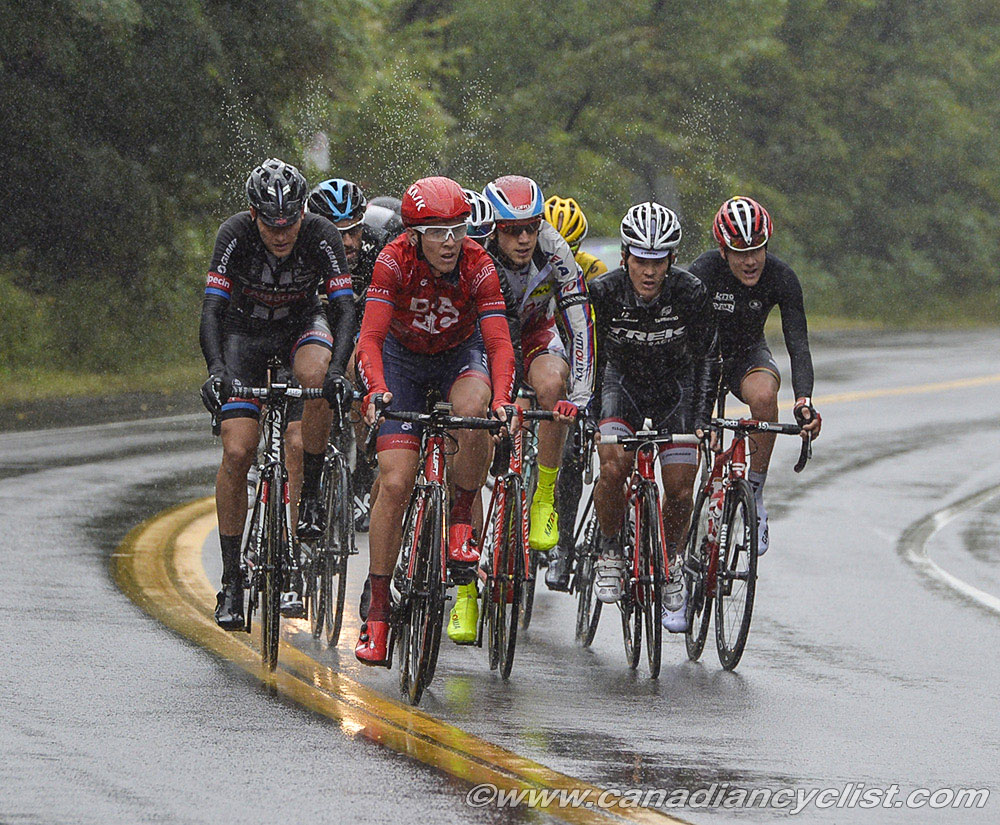 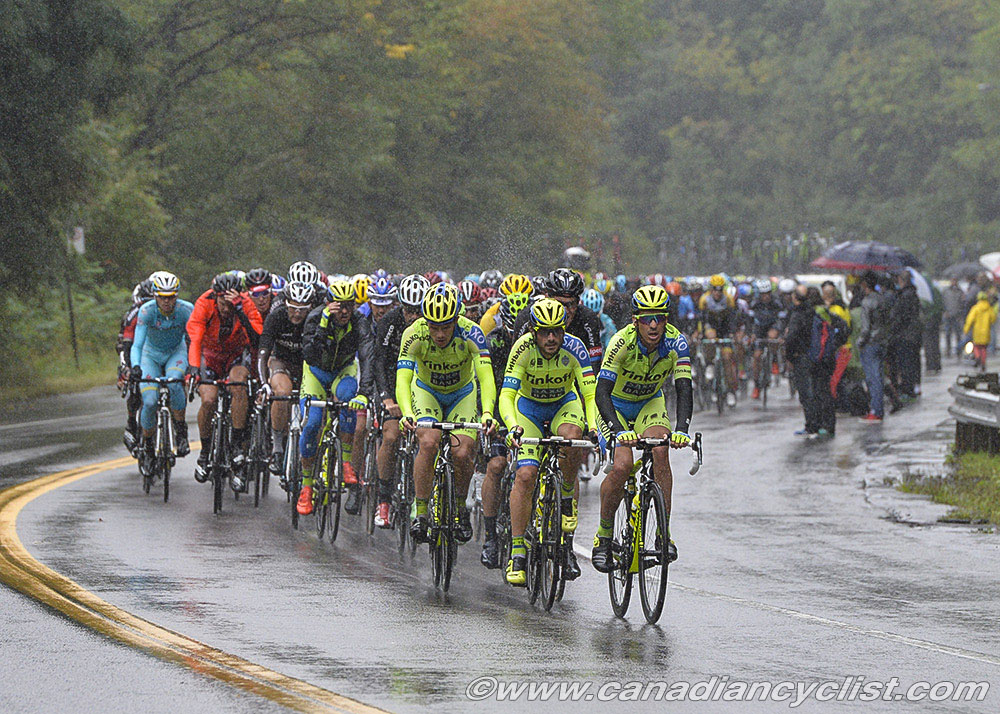 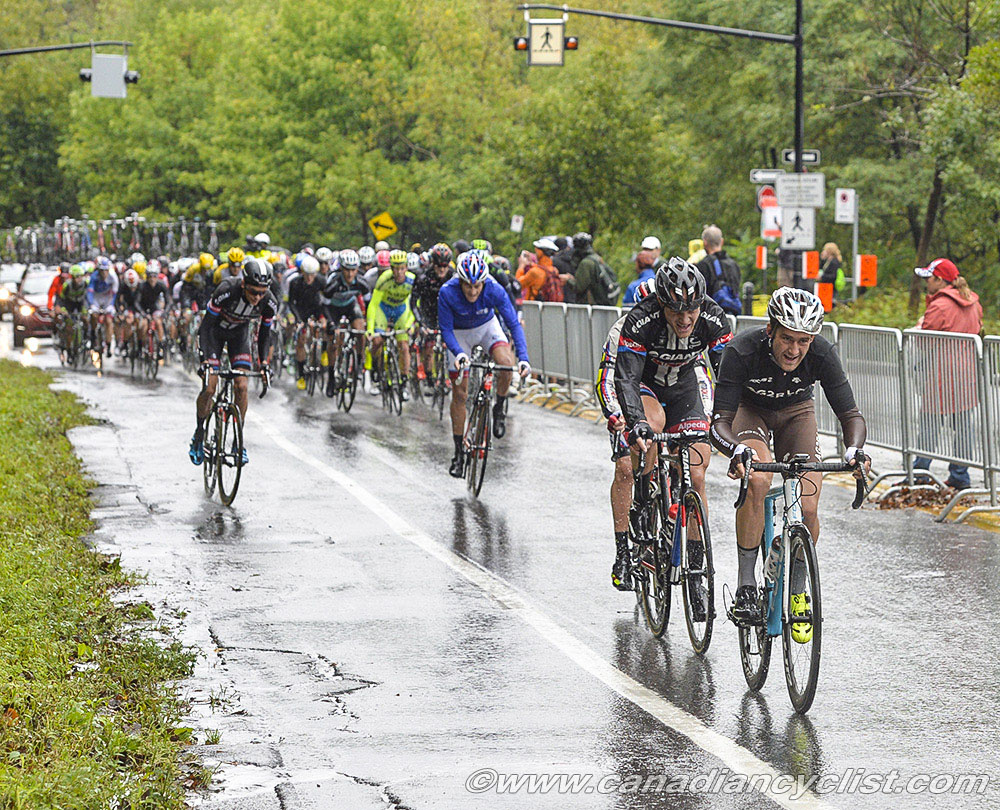 In the third ascent of the Camillien-Houde climb, the 14 were pulled back as the peloton split in several groups. At the end of Lap 3, Tour de l'Avenir winner Marc Soler attacked again to go solo. He was later joined by Spokes and Christopher Juul Jensen (Tinkoff-Saxo). But breaks kept being pulled back as the peloton tended to split in the climbs and regroup in the descents. 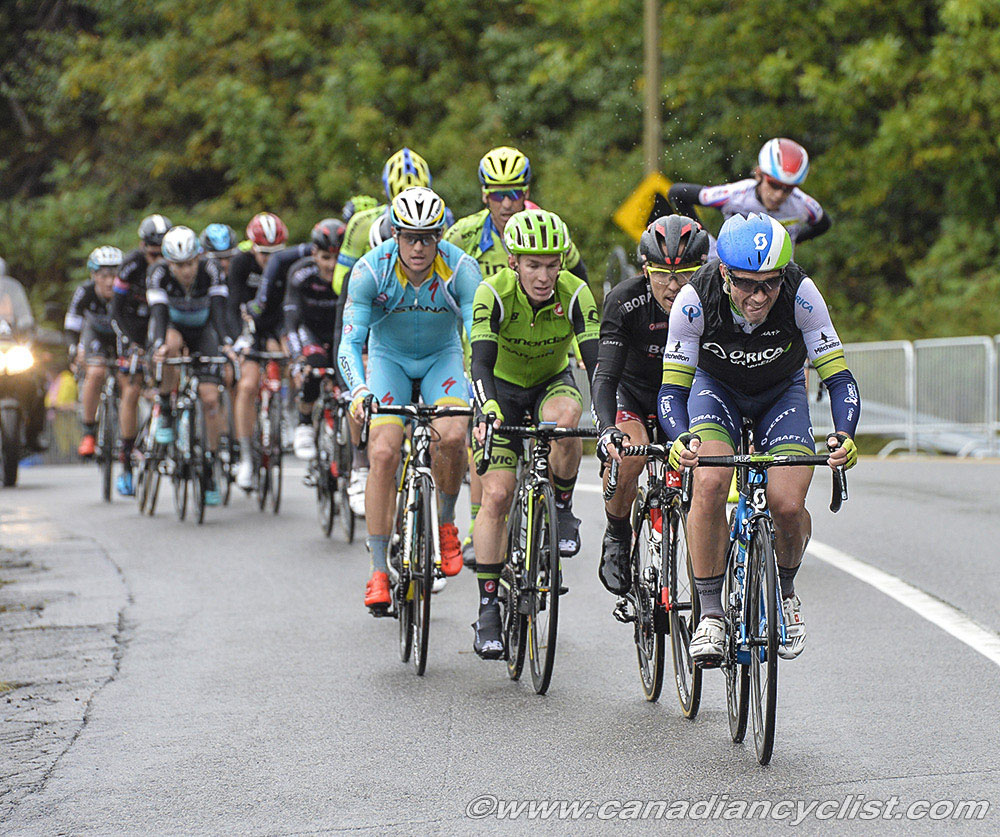 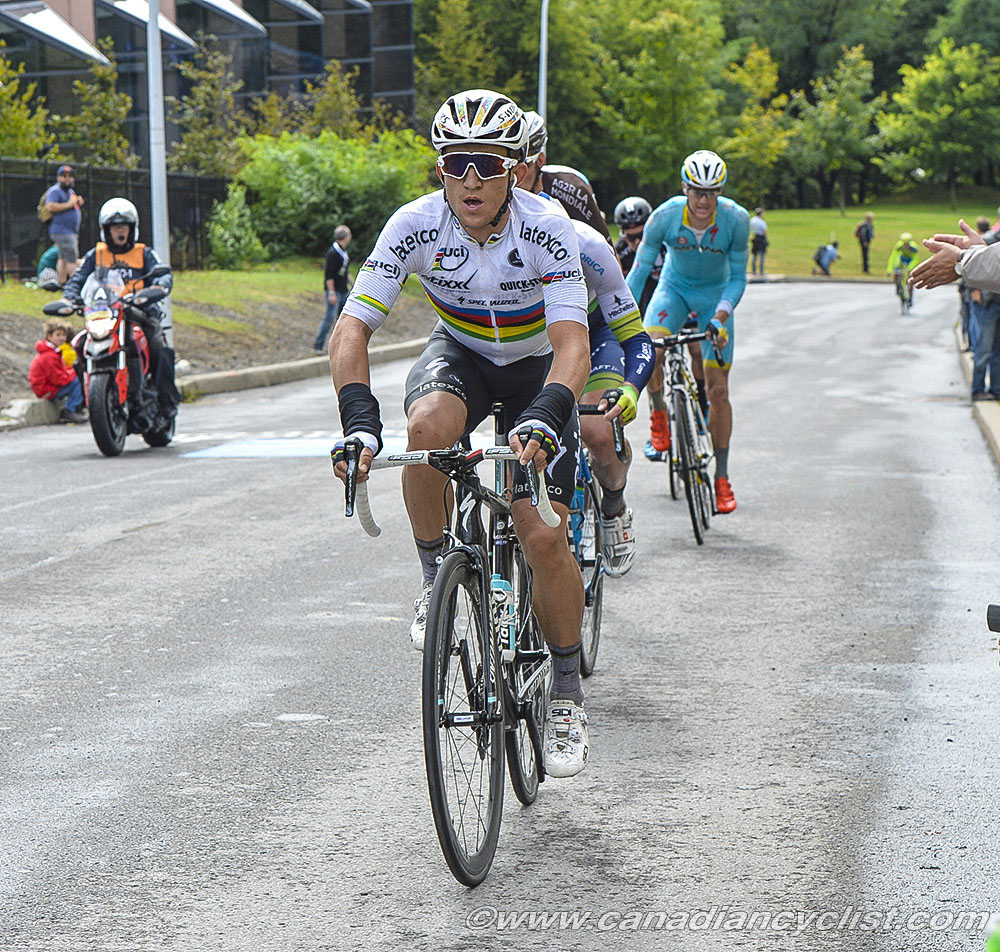 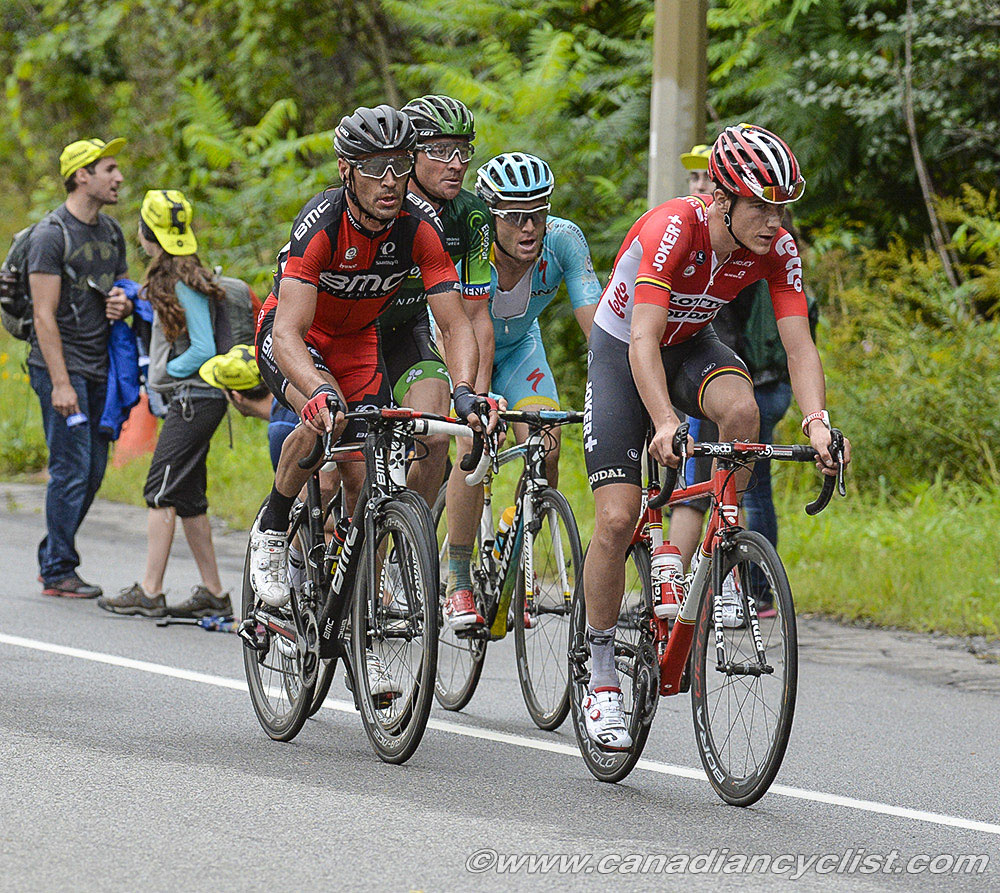 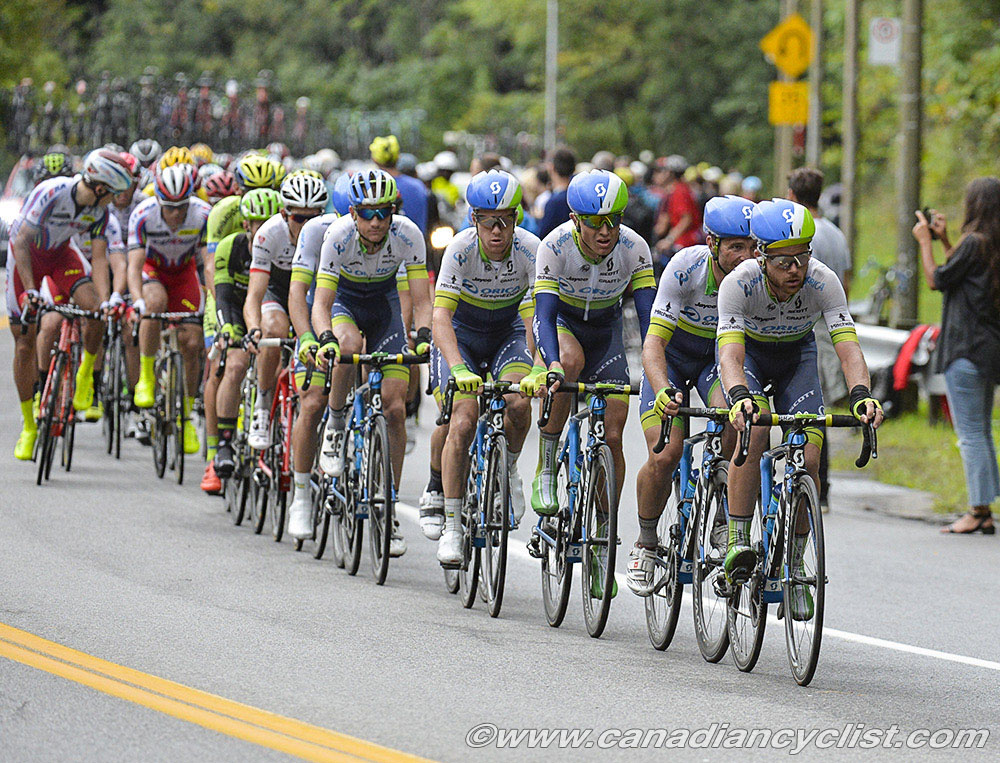 As that attempt was quashed, Voeckler attacked once more and was later joined by Vervaeke and Manuel Quinziato (BMC Racing Team). The three were chased by Juul Jensen and Andriy Grivko (Astana Pro Team) as the peloton, led by Orica-GreenEdge's Christian Meier, was just under two minutes adrift. Grivko dropped the Dane to join the three-man break and the four maintained a two-minute lead as a storm broke over the peloton. In the penultimate lap, Quinziato and Grivko were unable to stay with Voeckler and Vervaeke, who were joined by Michael Valgren in the finale. 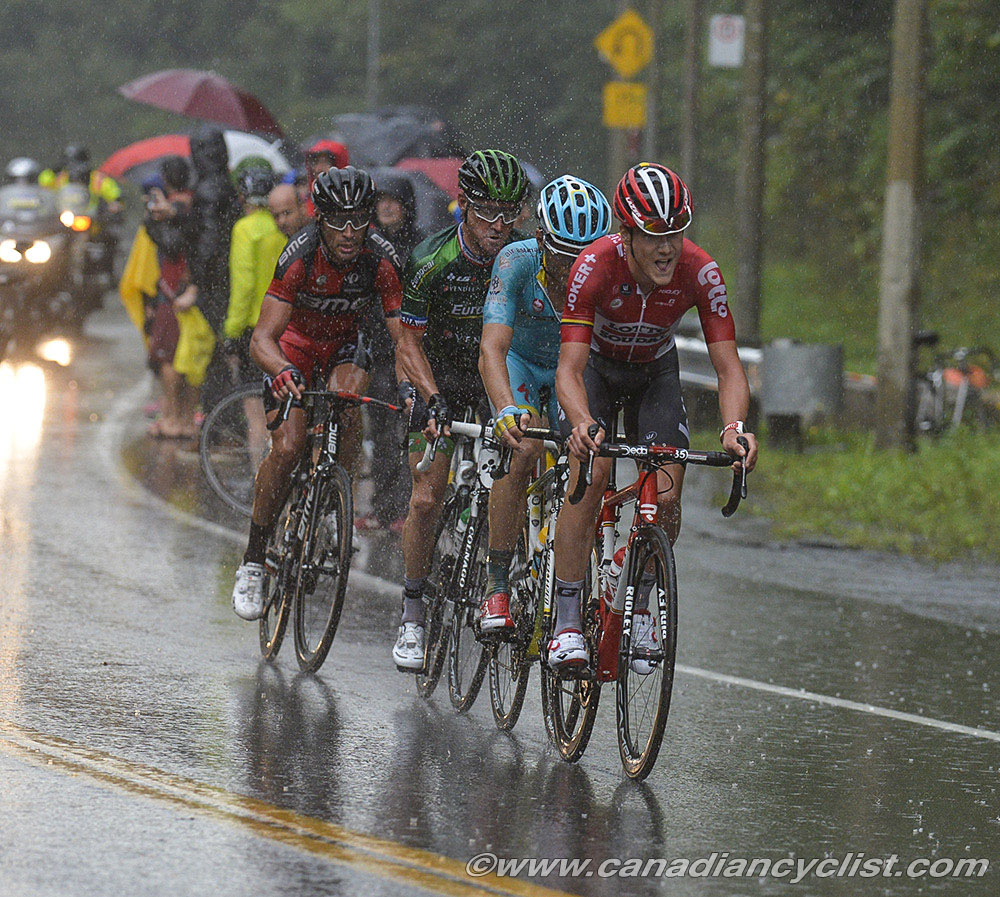 But Orica-GreenEdge were only playing cat and mouse with the escapees and they were caught into the final lap as Etixx-Quick Step joined the chase.

In the last climb, Adam Yates (Orica-GreenEdge) moved ahead, followed by Wilco Kelderman (LottoNl-Jumbo), Bardet, Tim Wellens (Lotto Soudal), Rui Costa (Lampre-Merida) and Jan Bakelants (AG2R La Mondiale). Yates and Wellens broke clear in the ascent, followed by their four breakaway companions. The two held their ground into the finale and battled it out for the win in the last stretch. Yates launched the sprint but could not hold off Wellens and had to settle for second, like his team-mate Michael Matthews in Quebec City. Rui Costa took third in the chase group sprint at nine seconds. 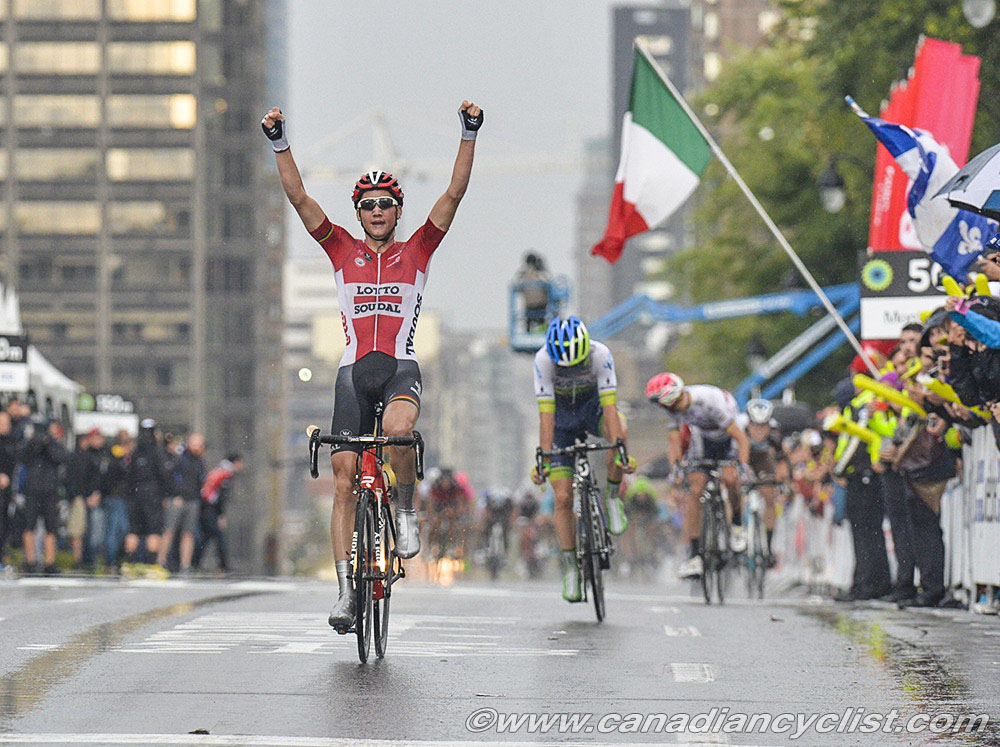