Vasil Kiryienka of Belarus won the Elite men's individual time trial title at the world championships in Richmond, Virginia, on Wednesday, on the top step of a podium that contained none of the pre-race favourites.  Adriano Malori (Italy) took silver and Jerome Coppel (France) bronze.  Canadian champion Hugo Houle was the top Canadian in 25th, with Ryan Roth finishing 44th. 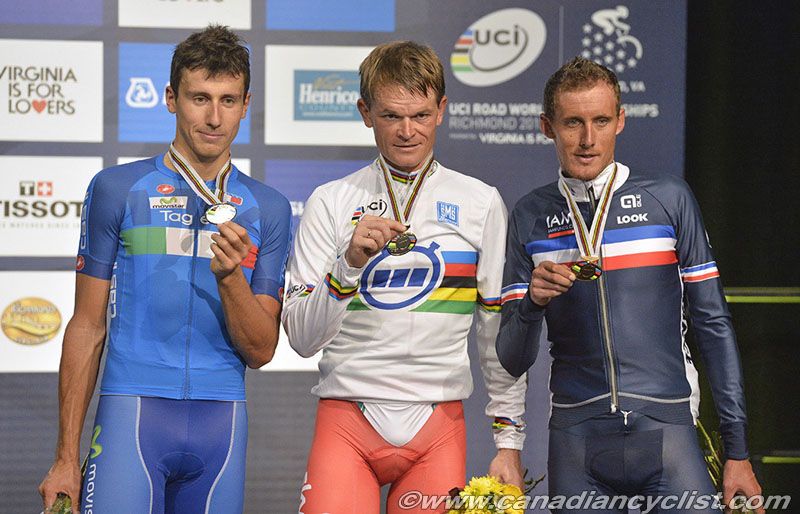 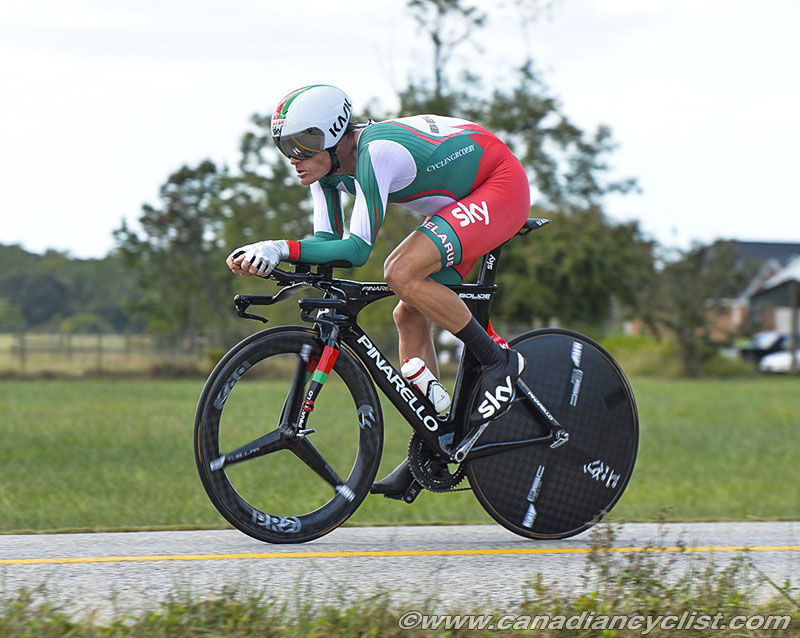 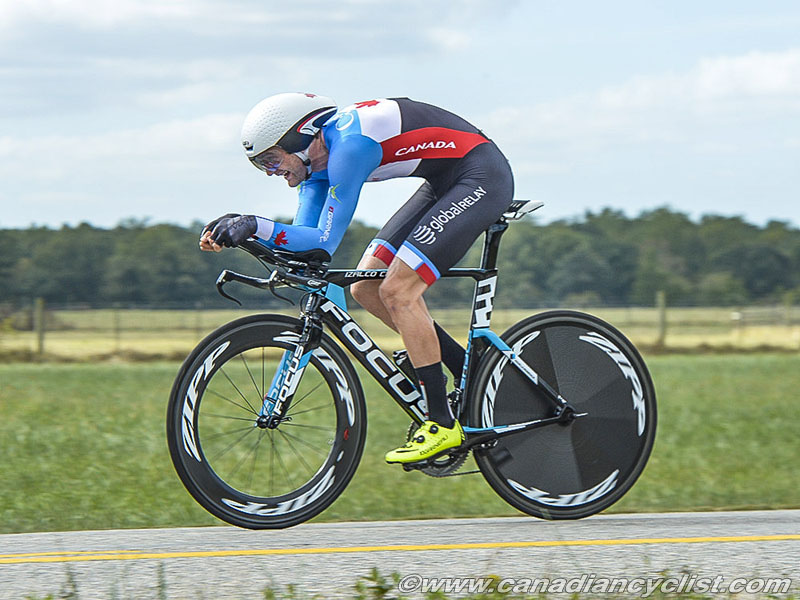 "I think I had a pretty good ride," said Houle.  "I was right where I wanted to be on my metre, you know, power.  It was really hard to keep the momentum; it's 53 k's long and after 30 minutes I was suffering a lot. But I kept telling myself 'Let's go, you can keep going, keep going'. I think at the end I had a pretty good ride, [and] I couldn't do anything better. I just gave it everything I had today."

"If I look at the guys around me I think it's a pretty good time and it shows I have progressed again this year, and am getting close to guys who were putting a lot more time into me before. So I'm pretty happy with my ride."

The 53.5 kilometre route was the second longest in the 23 year history of the event, running north to south after starting in the King's Dominion amusement park.  The route took the riders through rolling countryside for the first 40 kilometres before entering Richmond city streets and finishing with a final climb up Governors Road to the last 600 metre false flat straightaway to the finish line.

The first time under one hour and four minutes was set by Poland's Marcin Bialoblocki, the 20th rider off out of 70, and he stayed in the Hot Seat for most of the afternoon, until Coppel, at 17 riders to go dislodged him by 56 seconds.  Bialoblocki would eventually finish ninth. 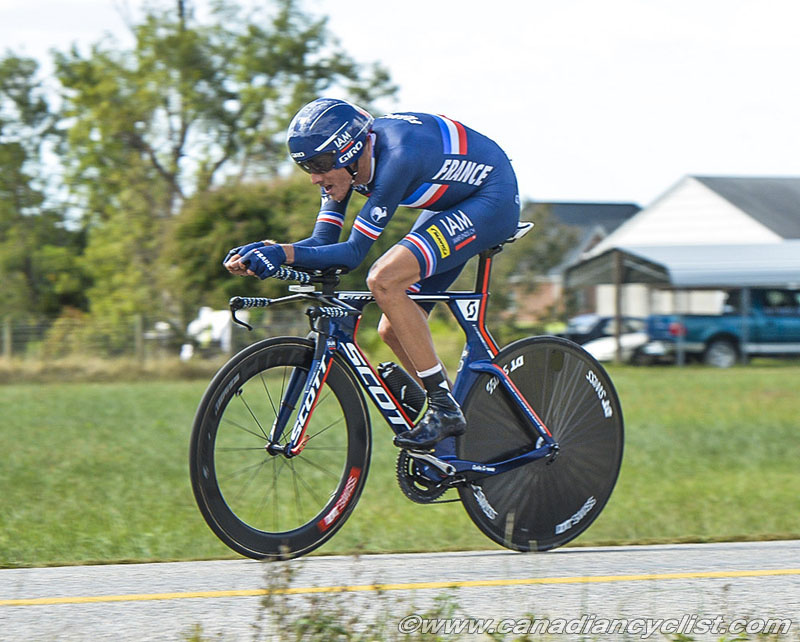 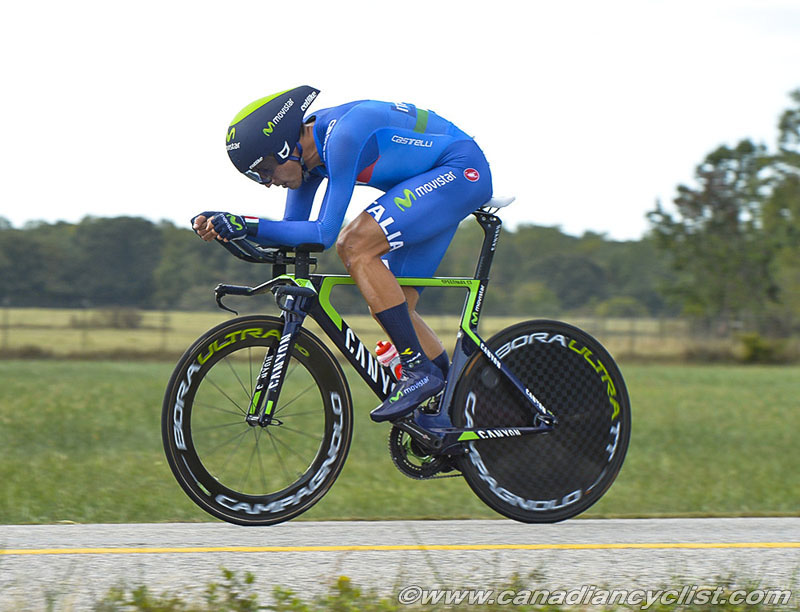 Coppel, in turn, lasted until Malori came through at five riders to go, 16 seconds faster.  Malori only lasted through a single rider before Kiryienka came in nine seconds faster.  Interestingly, if Malori hadn't had a poor first split he might have won, since he had the fastest second and third splits.

Defending champion Tony Martin (Germany), after a fast first split, steadily lost time through the rest of the race to finish a distant seventh; the first time he has been off the podium in the past seven years.

Tom Dumoulin (Netherlands), the second to last starter, came into the race rumoured to be injured, and could only manage fifth, while Rohan Dennis (Australia) flatted after the second split and finished sixth.  U.S. hope Taylor Phinney was 12th.