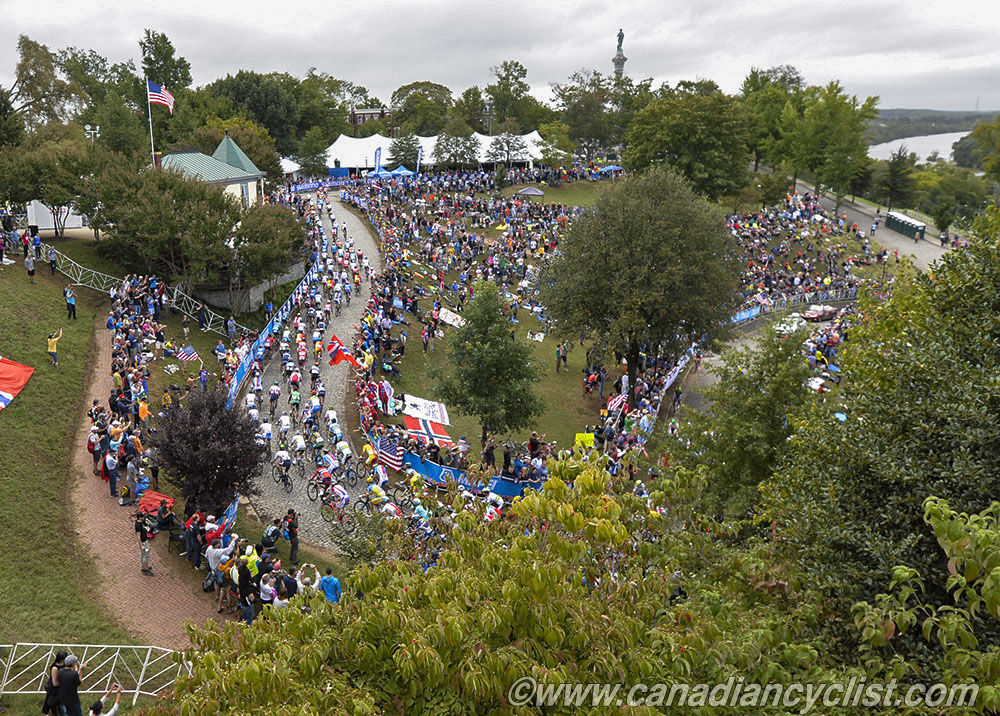 Antoine Duchesne was Canada's top finisher in 61st place, 1:50 down on Sagan.  Duchesne was still with the leaders until the final few kilometres, when he could not match the pace on the climbs.  Ryan Anderson was 93rd, followed by Mike Woods in 94th and Guillaume Boivin in 107th after a late race breakaway.  Hugo Houle and Ryan Roth did not finish.  [We have interviews with Duchesne, Anderson, Boivin and Houle Here] 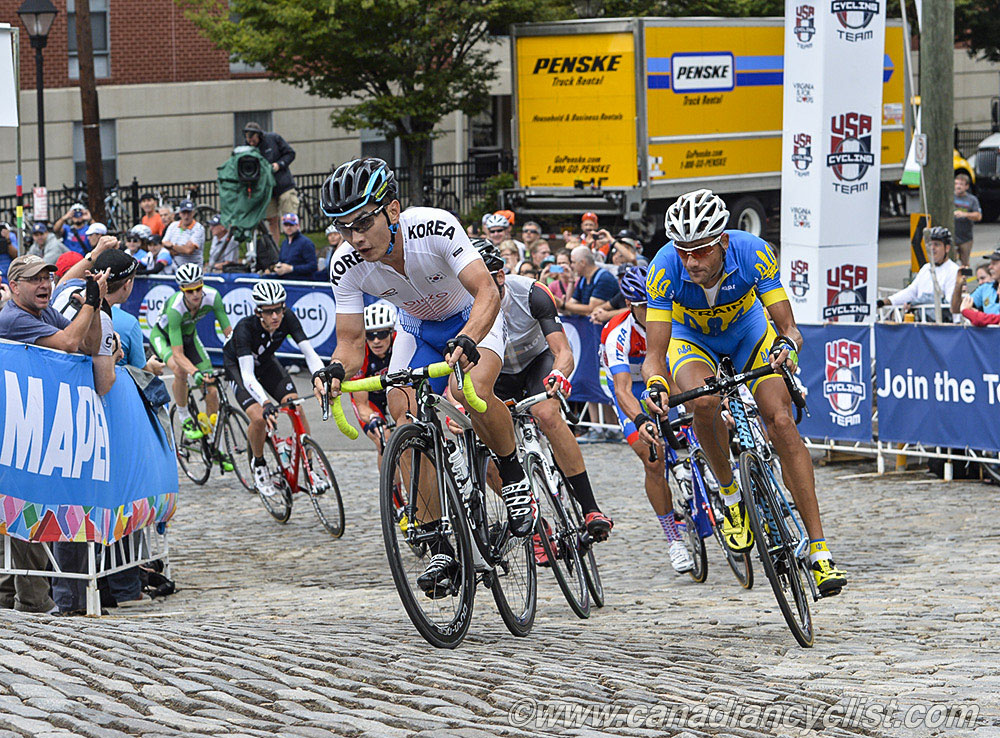 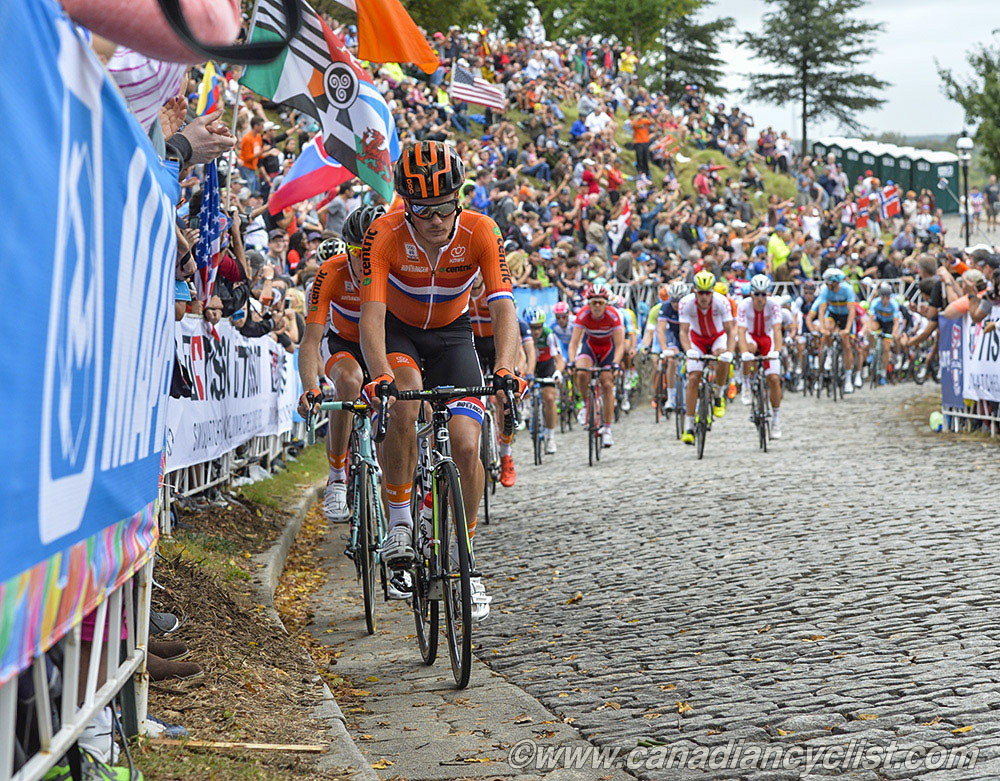 The Dutch kept a tight rein on the gap

Usually, such a break would be allowed to stretch out to 8 to 10 minutes, but the Dutch squad were keeping close reins on them, never allowing it to get much more then four minutes.  The group started to shed riders with the punishing pace up the three climbs at the end of each lap, and was finally reeled in with five laps to go. 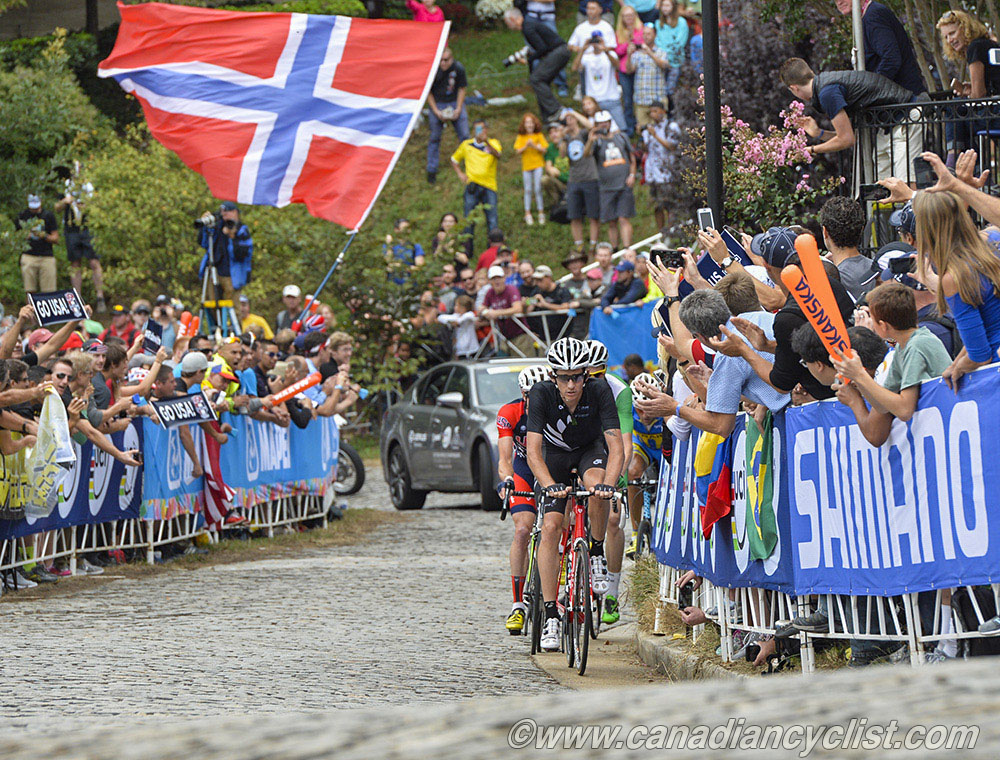 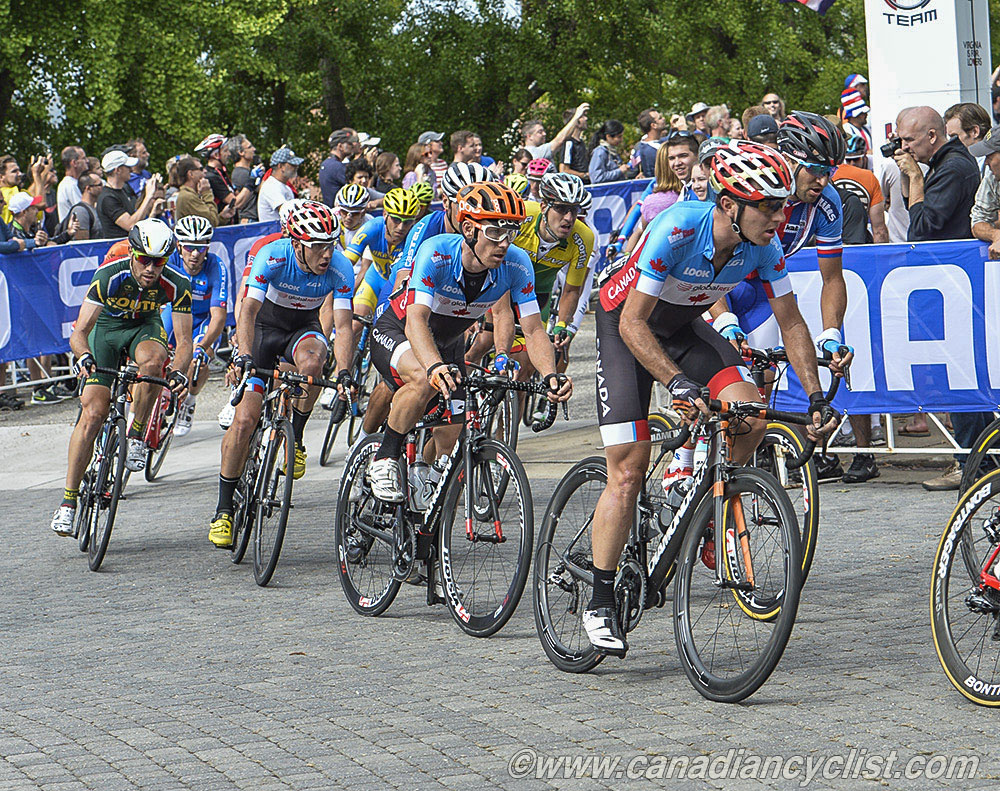 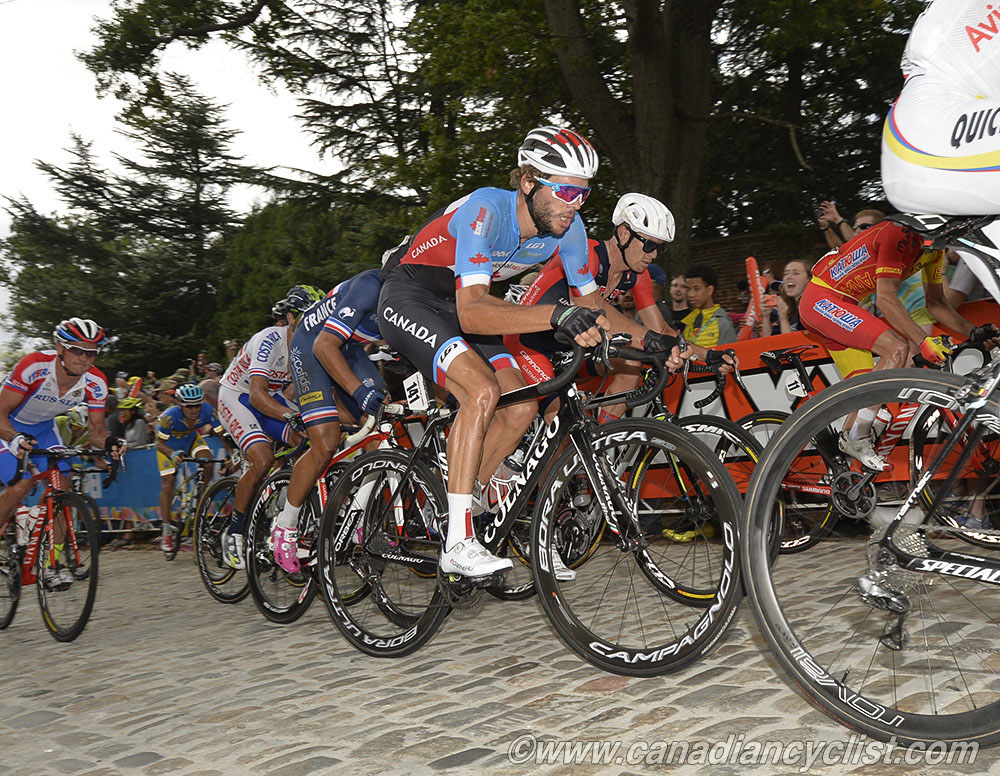 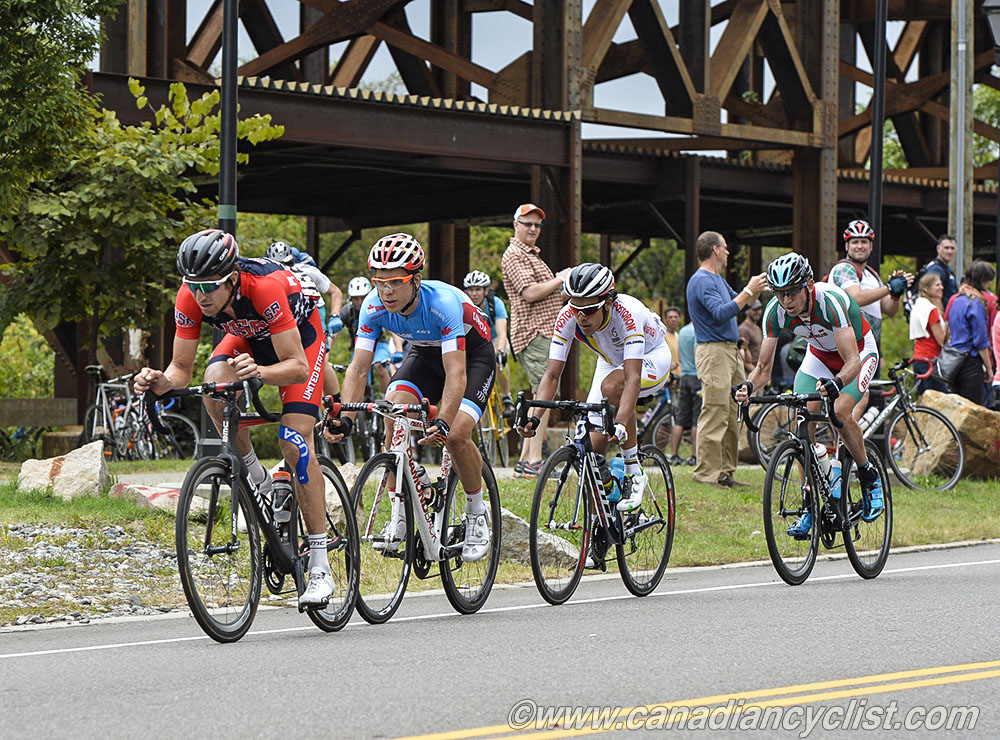 After a lap or so to regroup, Taylor Phinney (USA) attacked and was joined by Canadian champion Guillaume Boivin, Kanstantsin Siutsou (Belarus) and Jarlinson Pantano (Colombia).  The Colombian was quickly dropped, but Boivin, Phinney and Siutsou took their lead out to nearly a minute before the peloton started to reel them back in, with the catch happening on the Libby Hill cobbled climb with less then a lap and a half to go. 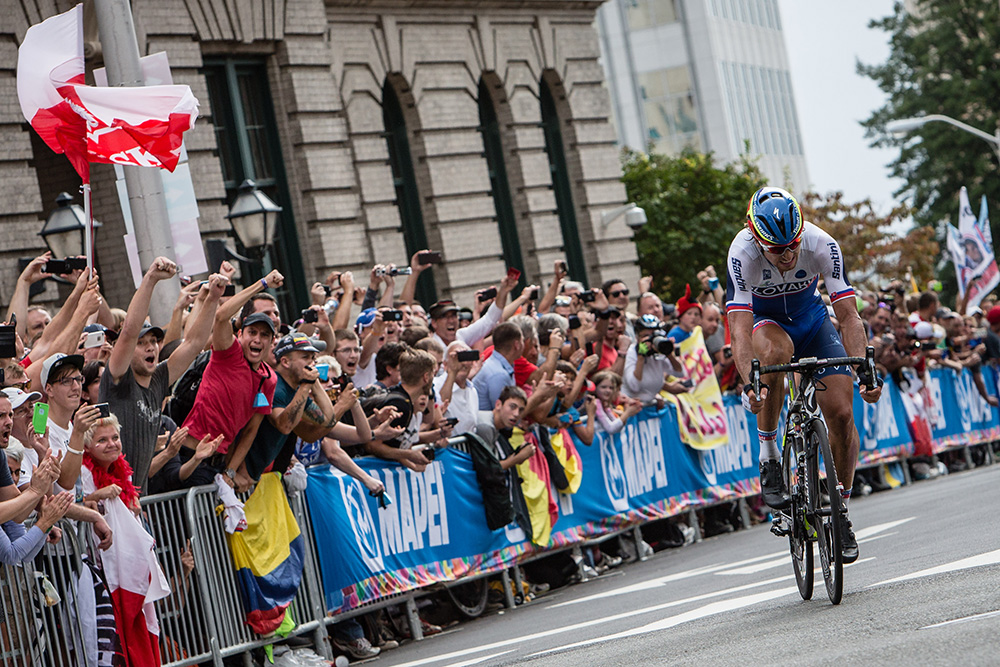 Sagan drives for the line

While everyone mentally relaxed for a moment, Sagan made a perfectly timed and explosive attack up the steep 23rd Street climb, leaving the others waiting for each other to take up the chase.  On the descent to the final kilometre he went into a full tuck, then powered up the last climb into the final 600 metre false flat straightaway with a seven second lead over the chase group, led by Rigoberto Uran (Colombia). 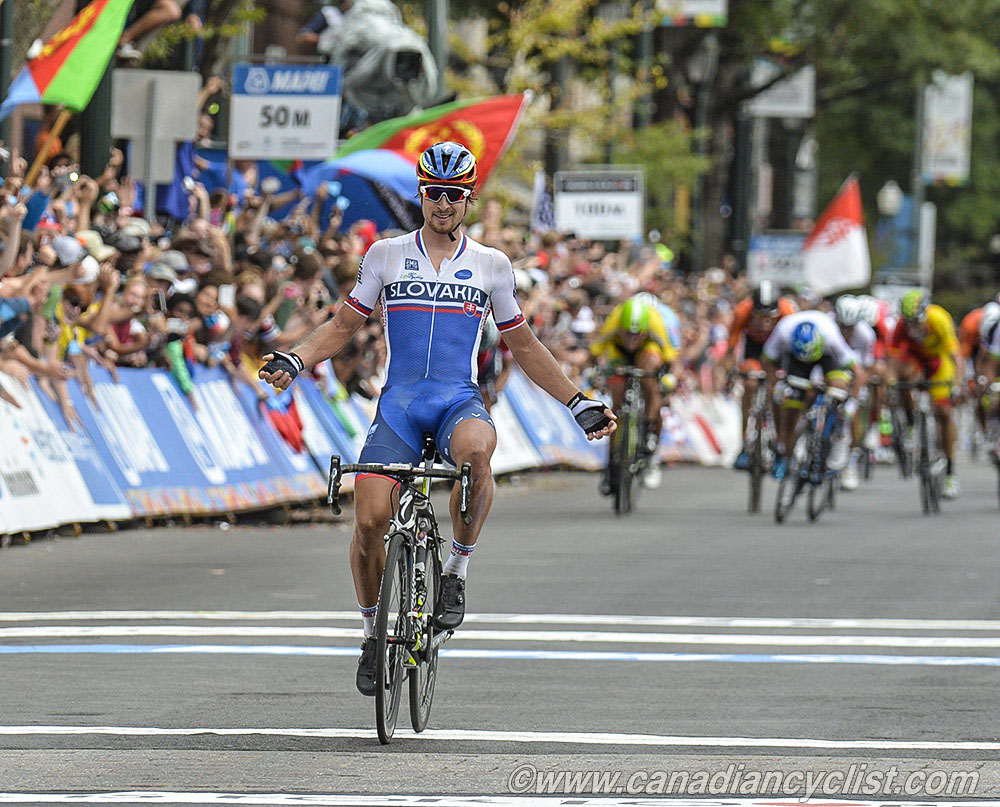 Sagan was able to sit up and cruise across the line, while Matthews led a group of 24 chasers in the sprint for silver, three seconds back. 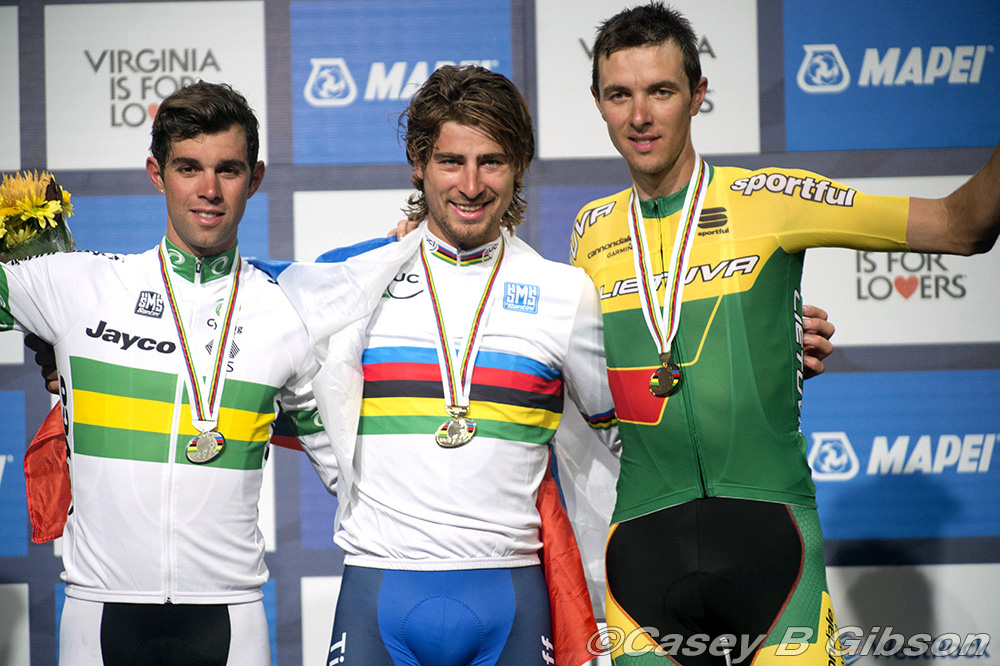