Once again, Winnipeg organizers laid the groundwork for a stunningly successful Canadian Cyclo-cross National Championships on Saturday. Raphaël Gagné (Red Truck-Garneau p/b Easton) took the Elite title, where a total of six maple leaf jerseys were awarded in men's categories. it is the first Elite cyclo-cross title for male Quebec rider in more then two decades. 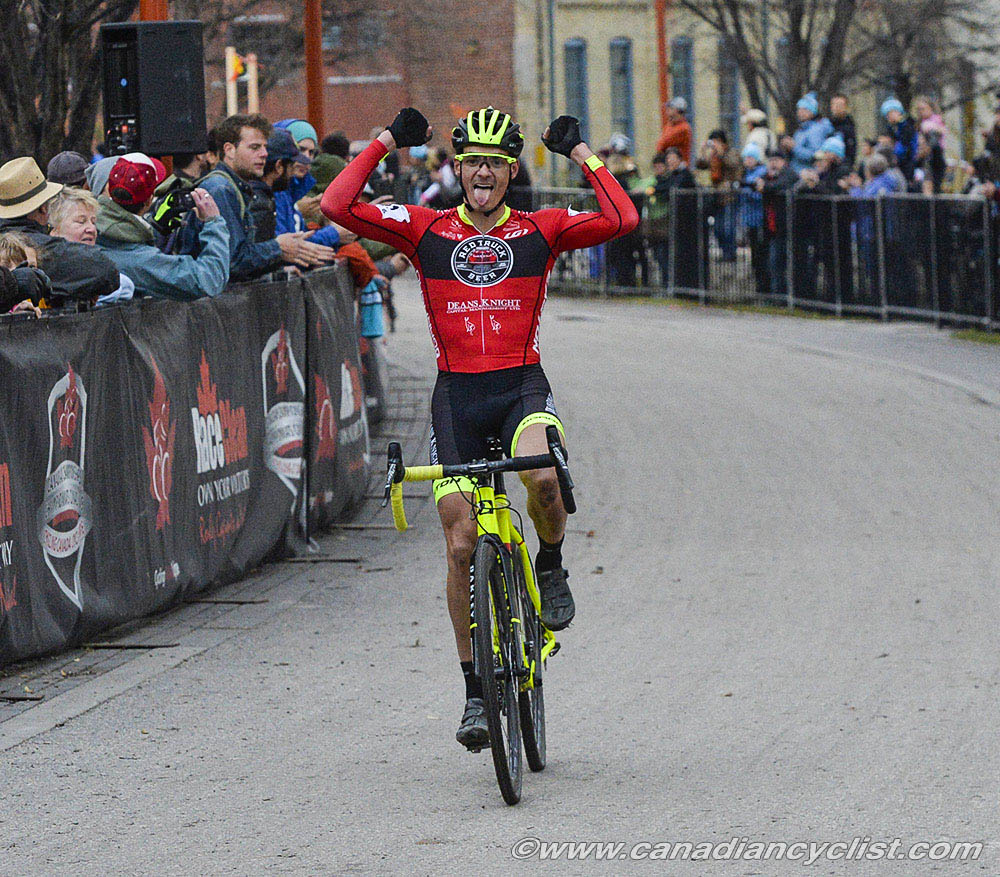 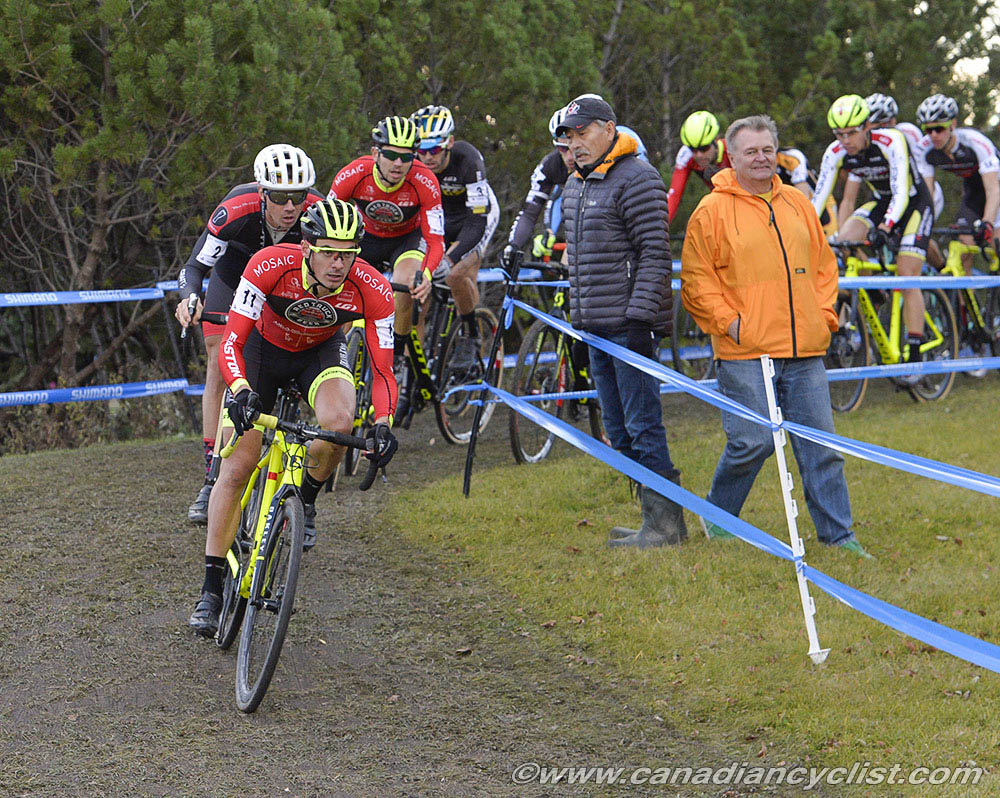 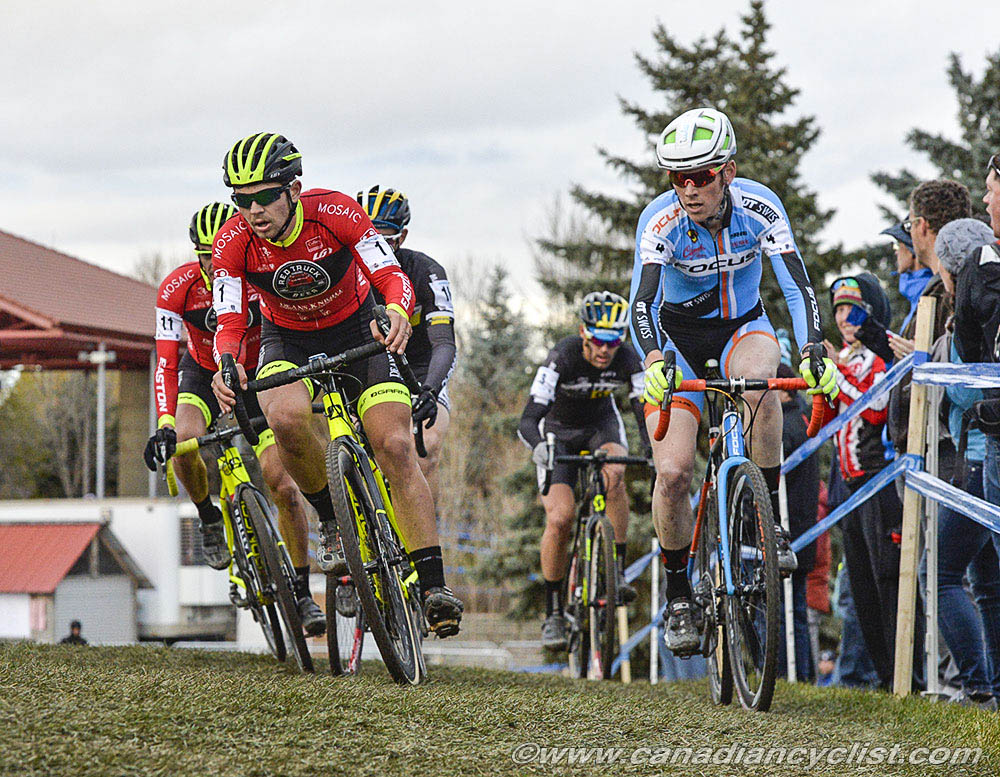 By the time the Elite riders took to the course, the muddy sections had all but dried out, making the circuit very fast. The race was expected to be a tactical battle between Gagne's team, which also included Michael van den Ham and Craig Richey, and the Scott-3Rox squad of Geoff Kabush, a five time champion joined by team mates Derek Zandstra and Cameron Jette. Thrown into the mix was defending champion Mike Garrigan (Van Dessel/Shimano/Velocolour), German-based Aaron Schooler, Derrick St John (Silber) and Evan McNeely (Norco).

The 60 minute race quickly came down to five riders - Gagné, van den Ham, Kabush, Zandstra and Schooler. With Red Truck-Garneau and Scott-3Rox each having two riders in the front group, Schooler could just watch as the teams took turns sending riders to the front, with van den Ham and Zandstra doing much of the aggressive work.

When the race came down to two laps remaining, a slip by Zandstra in a corner proved to be the key moment. Kabush was caught behind his team mate, letting a gap open. Schooler attacked, Gagné and van den Ham bridged across and then Gagné attacked off the front, while Kabush chased back up. Kabush chased hard, eventually dropping the other two and getting to within a few seconds of Gagné, but couldn't close the gap - a frustrating second consecutive time that he has finished a few seconds out of his sixth title. Schooler outkicked van den Ham to take third.


The Junior and Under-23 men's titles went to the brothers Disera, with Quentin (Cycle Solutions Angry Johnny's) taking the Junior title and Peter (Norco Factory) the Under-23. Quentin Disera rode away from the rest of his field with an impressive display of power, catching all but the front two Under-23 riders, despite starting a minute back. Peter Disera was locked in a race-long battle with defending champion Danick Vandale (Russ Hayes/Accent Inns), that came down to a sprint finish, that Disera won by a bike length.


In the Masters races, held in the morning under much muddier conditions, Peter Lawrence (Soul Sportif) proved that he is still the top rider in the 50-plus category, although Lorenzo Caterini (Craftsman Construction) was closer then usual, only 24 seconds back. Bob Welbourn (Glotman Simpson) won the 40-plus title in the closest sprint of the day over Ian Auld (Soul Sportif), while Scott Lundy (Serious Cycling) took 30-plus over Thierry Laliberte (Xprezo) in a close finish.