Results from the first day of racing in Cali, Colombia

Canada's women's Team Pursuit squad qualified first in the opening round of the World Cup on Friday, beating Great Britain for the first time at world-level competition.  The Canadian team of Jasmin Glaesser, Allison Beveridge, Kirsti Lay and Stephanie Roorda was over three seconds faster then their silver medal time on the same track at the 2014 world championships.  One team that did worse then expected was the world champion and world record-holding Australians, who did not send their A squad.  Canada will now have the opportunity to race for gold by winning their next round race against China. 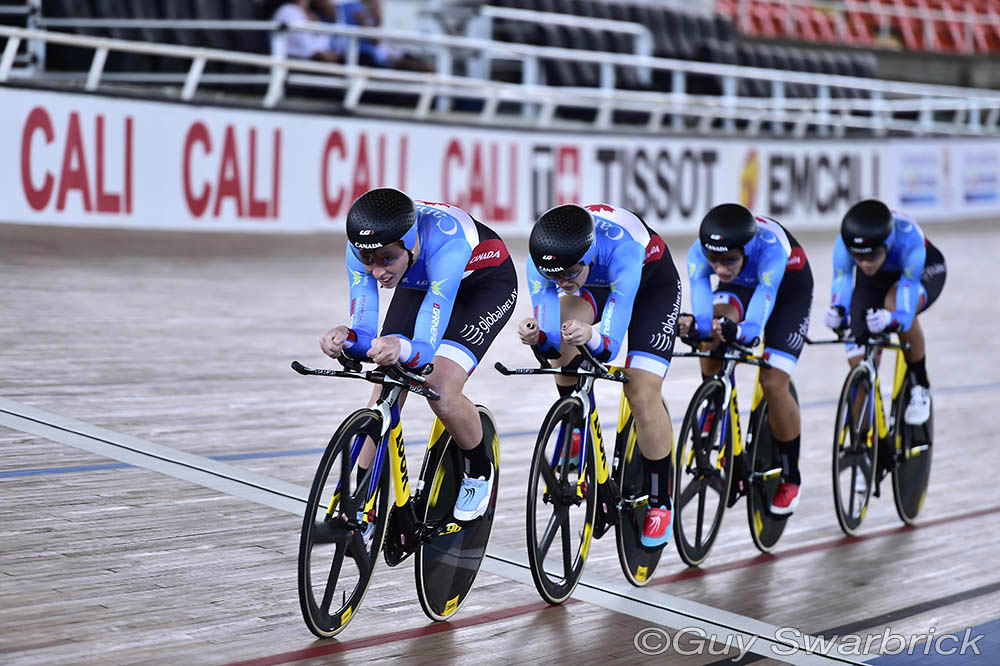 Canada's men's Team Pursuit squad of Ed Veal, Aidan Caves, Adam Jamieson and Sean Mackinnon finished 12th in qualifying and did not advance to the next round.  Neither of the Team Sprint squads finished 8th for the women (Kate O'Brien and Monique Sullivan) and 15th of the men (Joseph Veloce, Joel Archambault and Evan Carey) in qualifying and neither advanced to the next round.