ORICA-GreenEDGE has confirmed a 25-man roster that will give the Australian outfit its most well-rounded squad ever, as it embarks on a fifth season as the nation's first and only WorldTour team.

In an active negotiation year, the construction of the 2016 team included eight omissions, ten contract extensions and seven new signings.  Canadians Svein Tuft and Christian Meier were both re-signed.

"We had a lot of contracts up at the conclusion of this year and as a result we have probably seen the most roster movement in the team's history," sport director Matt White said. "But after all is said and done, we are extremely pleased with the team we have put together and are excited for what the collective unit can produce next year."

"We are really proud of our 2016 roster and with our WorldTour licence confirmed for our fifth year at the highest level, all is set for a fantastic season," Ryan said. "The line-up is our most exciting to date and it shows a team that really has it all - from the most significant talent in the sport to seasoned winners."

"With our Australian DNA and one of the most international rosters in the world, we have a team that can be there in every type of race from the Australian summer to the great European Classics and the prestigious Grand Tours.

"I would like to thank Shayne Bannan and his team of sport directors for getting this group of guys together for ORICA-GreenEDGE and ensuring our WorldTour licence once again."

Amongst the seven new additions are three young Australians - signed almost 12months ago - who will step up from under-23 ranks.

Their companion Alexander Edmondson (21), a former individual pursuit world champion, will follow a similar program as Michael Hepburn as the pair balance road and track commitments in an attempt to qualify for the Rio Olympic Games.

"At the heart, we are an Australian team. It's important for us to foster the country's best young cycling talent and we believe we have that in these three guys," White said.

"Rob and Jack are the only Australians in history to podium at the Tour de l'Avenir and Alex has really stepped up a notch this year too, his victory at the under-23 Tour of Flanders was a particular standout and another first for an Australian rider. We are looking forward to seeing them grow and develop in our ranks for years to come."

At the other end of the spectrum, White stressed the importance of retaining ORICA-GreenEDGE's experience, including the team's oldest members.

"With such a talented younger generation of riders, it's easy for people to forget the importance of our elder statesmen but guys like Mat Hayman, Svein Tuft and Michael Albasini are amongst the first and most important to commit to," White explained. 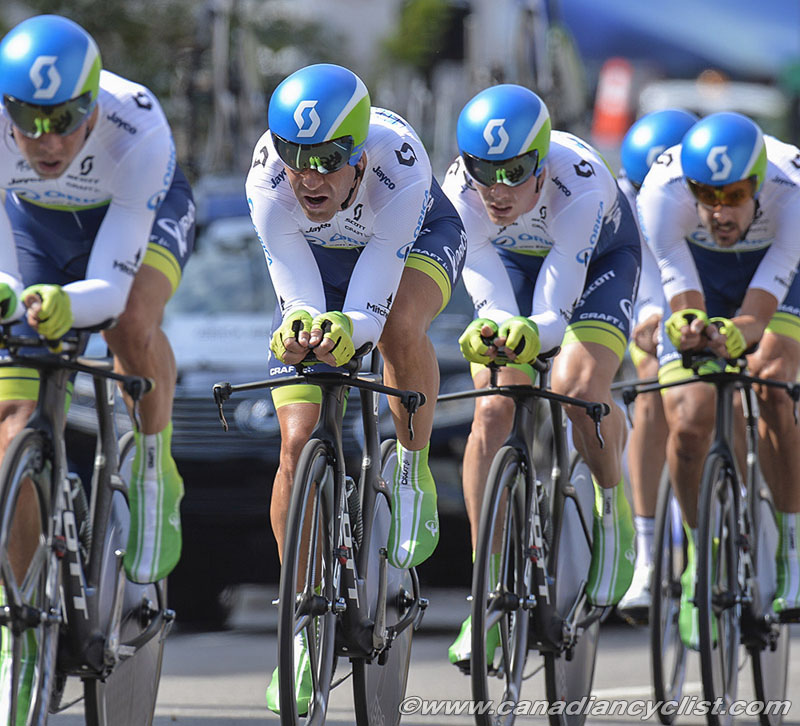 "They have countless years of experience between them, and it's crucial for us that we retain their leadership and knowledge to guide the development of those who will eventually step up to be the leaders of this team."

Complementing the existing experience will be that of a series of new established signings.

At 35 and 32, Spanish pair Ruben Plaza and Amets Txurruka will play major roles in the mountains, whilst Chris Juul-Jensen will draw on invaluable knowledge from his support role in Alberto Contador's Giro d'Italia victory this year.

Similarly, Slovenian Luka Mezgec brings the knowledge of working with one of the world's best sprinters in Marcel Kittel to the sprint train for the likes of Caleb Ewan and Magnus Cort.

"One of the main reasons for the number of changes for next year is an expansion in the team's objectives after some breakthrough performances in 2015," White said.

"With riders like Chaves and the Yates boys really putting themselves on the world stage, it was time we supported them with further assistance in the mountains.

"Likewise, Luka will add another string to our sprint train and all together we have a group of athletes that really can tackle any terrain across all race formats - one-day races, week-long Tours and Grand Tours.  Bring on 2016."