Fayetteville played host to the Joe Martin Stage Race on April 21-23. As the H&R Block Pro Cycling Team made their way from Monterey, California, they were anxious to mix it up with North America's best racers at their first UCI event of the year. With four stages scheduled for the weekend, including an uphill time trial, two road stages and a criterium, there were plenty of opportunities to keep the positive momentum going from the Sea Otter Cycling Classic.

Devils Den State Park, located on the outskirts of Fayetteville, presented the riders with a 4.8km mostly uphill course. A slight tease of a downhill came in the last kilometre before pitching up again to the finish. Jack Burke was one of the earlier riders to take off and held the hot seat for the better part of the day. His time of 9:30 withheld the onslaught of most of the competition until the final riders of the stage. Jack ended up 10th on the day but the team slotted 3 riders in the top 20 (Peter Disera in 15th, Bailey McKnight in 20th). 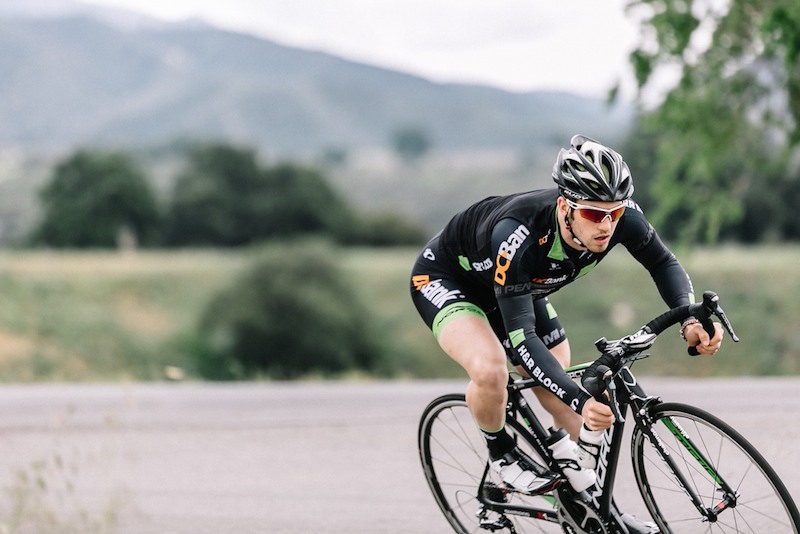 Stage 2 covered a distance of 178km, which included a serious climb coming with just 40km left in the stage. Anticipating the attacks of the day, Chris Prendergast made his way into the break of the day along with 19 other riders. With a maximum gap of 6 minutes, the GC riders called the workmen to the front of the peloton to narrow the gap. With a solid cohesion of teams wanting to bring the break back for the sprint finish, the breakaway was gobbled up with a mere 10km to the finish. The technical chicane with 1.5km to the finish claimed all hopes of a result on the day. Peter was caught in a crash and was unable to reach the group to contest the finish. Left feeling robbed of a result, the boys were ready for stage 3.

Temperatures and humidity became another factor during the 170km of Stage 3. The late start meant that the riders would be flying toward the finish line with a blaring Arkansas sun straight ahead. The limited visibility and chaotic finish caused havoc yet again on the peloton. Avoiding crashes and being patrolled to the front by his teammates, Jure Rupnik placed himself alongside some of the best sprinters in the country. A small tactical manoeuvre in the last corner cost him a top ten finish but the guys were content to all come across the line safely and to bag a 14th place on the stage.

One could argue that the criterium at the Joe Martin Stage Race is one of the toughest courses the riders tackle all year. The finish line sits atop a short yet punchy climb that the riders must conquer every lap. Positioning and pure power become the most important factors as tired riders can cause huge gaps to open up in the field. Out of the 156 starters, only 50 competitors contested the sprint on Sunday. With Chris's hopes of a stage victory being dashed on the last lap due to a crash, Jack was the best placed H&R Block rider to finish the race. The past few days caused a mix up in the overall GC results but Jack held firmly onto his 14th place.

As phase one of the season approaches its end, the riders now have their sights locked on to the Tour of the Gila, another UCI tour. The team will make their way from Fayetteville, Arkansas to Silver City, New Mexico over the next few days in order to acclimatize to the higher altitude of New Mexico. The team would like to thank all our marketing partners for their support in helping the M1 Project be a conduit to the next generation of athletes that will represent Canada at the World stage.