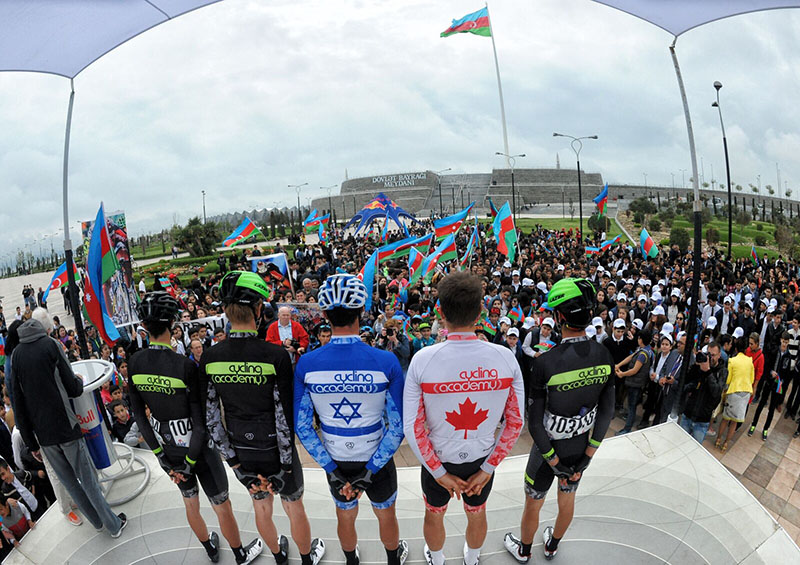 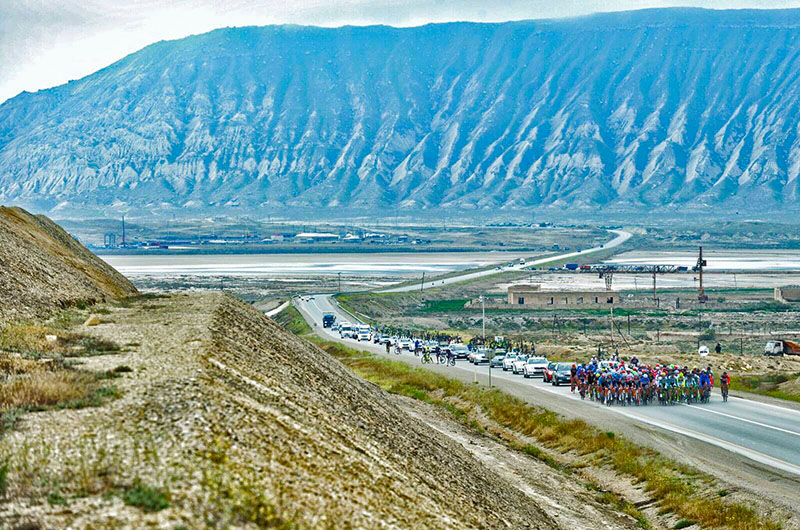 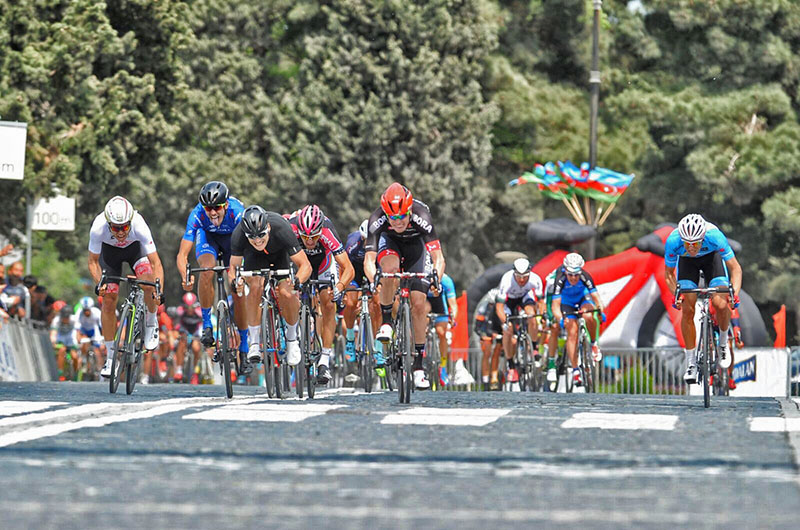 all photos by Velo Images

The day's early breakaway was formed of just one lone leader, with Zamri Mohd Saleh (Terengganu Cycling Team) moving clear early on before building an advantage of up to 8'35" over his 70 kilometer solo push. Mohd Saleh took maximum points at both the stage's first categorized climb and first intermediate sprint, giving him the KOM jersey.

The crosswinds made it a hard and fast race for the international peloton chasing behind. Shortly after entering Sumgayit, where five town centre laps would be ridden, a three-man escape group formed, with Elchin Asadov (Synergy Baku Cycling Project), Nurbolat Kulimbetov (Astana City) and Alexander Evtushenko (Gazprom-Rusvelo). Andreas Keuser (Kuwait Cycling Project) soon took off in pursuit and was able to catch the leading trio, with the four building up a maximum lead of 1'10".

The second intermediate sprint in the streets of Sumgait was contested between the four leaders, from where Asadov came over the line first.

The sprinters' teams weren't going to let their chance of a bunch sprint slip away, and shortly after the final intermediate sprint, taken by Keuser, the four leaders were brought back into the fold. From that moment on several attacks came and went but no one was able to break free from the bunch.

Bora - Argon 18 paved the way with a strong lead out for the young Bauhaus, who finished the job for his team, and in doing so also took the lead in the Best Young Rider's classification.