Wellens wins alone, Dumoulin gains ground on his rivals for the General Classification

Encouraged by his team-mate Pim Ligthart, Belgium’s Tim Wellens smartly anticipated the action of the favourites before the first uphill finish of the 99th Giro d’Italia at Roccaraso to deliver a second straight stage victory for Lotto-Soudal after André Greipel's win on Stage 5. 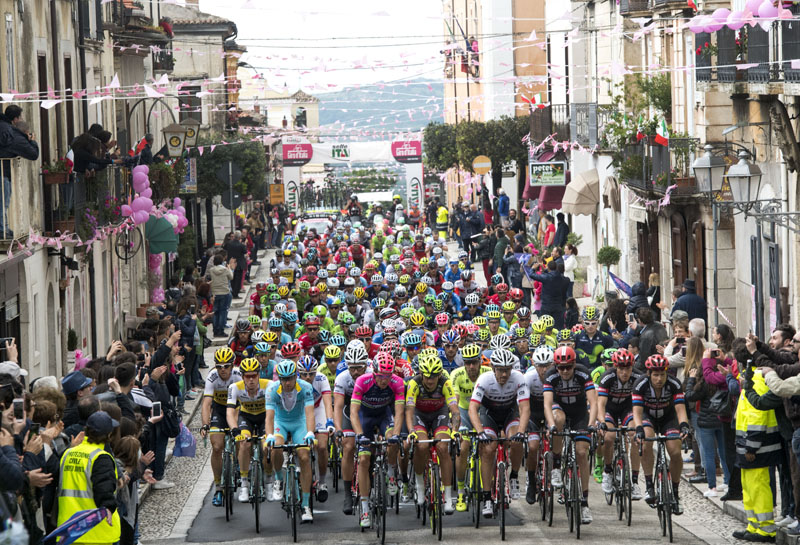 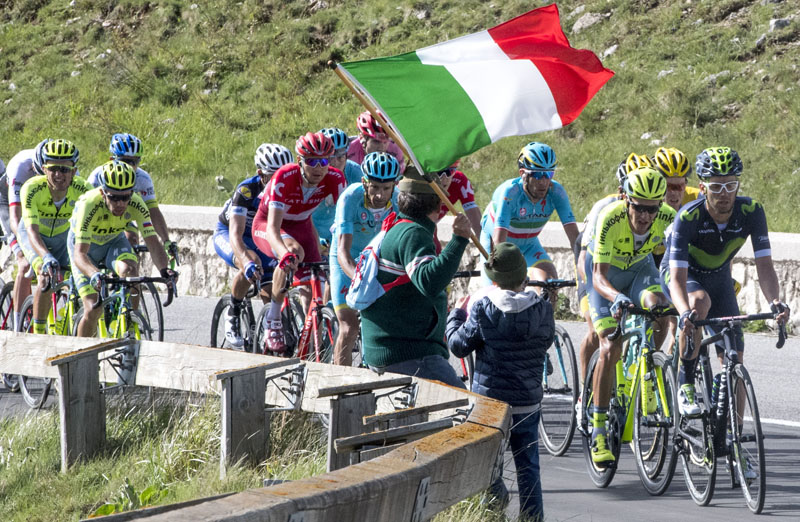 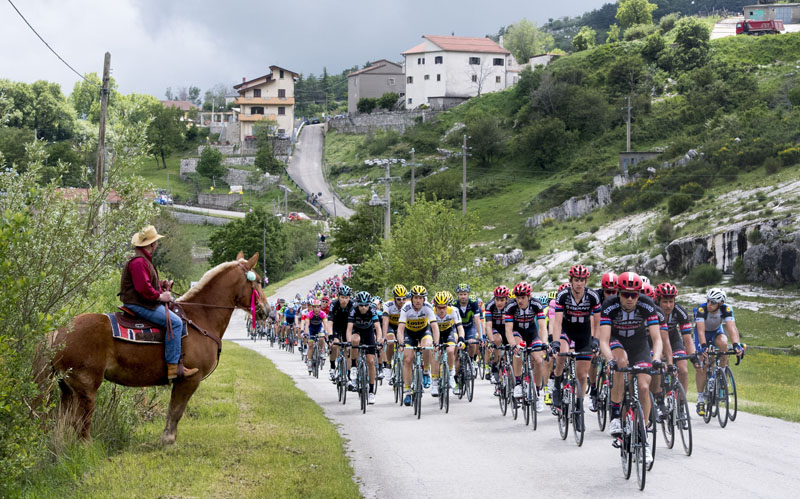 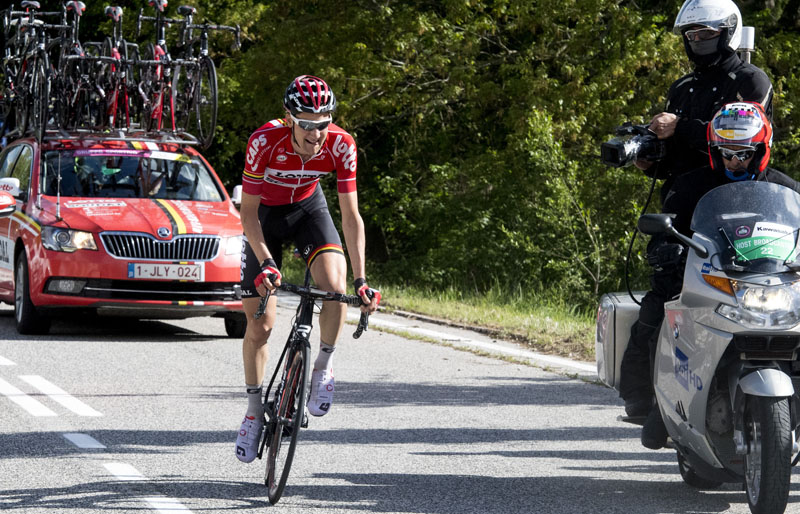 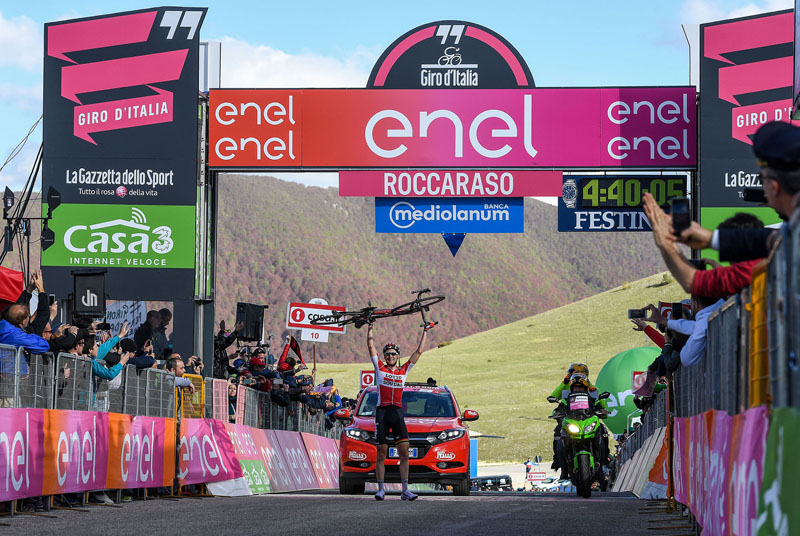 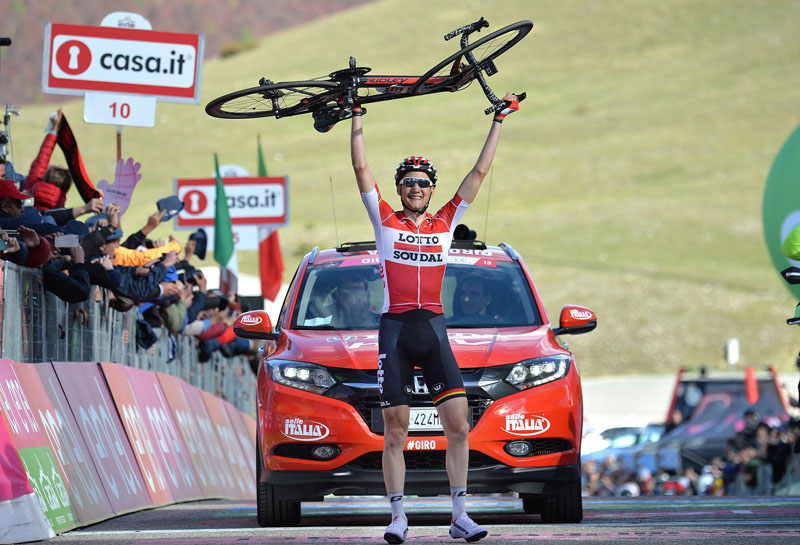 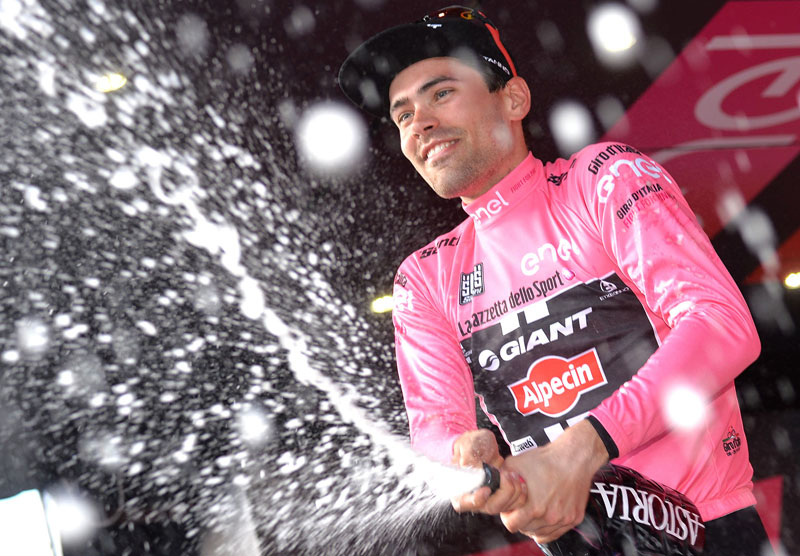 Rather than struggling, Tom Dumoulin of Team Giant-Alpecin increased his lead in the overall classification. Alejandro Valverde (6th) is now at 41s, Esteban Chaves at 44s and Vincenzo Nibali at 47s.

Race leader Tom Dumoulin said in the press conference: “My attack was absolutely not planned. I just trusted my instincts. I was expecting Nibali to close on Fuglsang but he went at the wrong moment. Team Sky bridged the gap. I didn’t have Preidler or Ludvigsson with me. I remained without a team but I felt very strong. I didn’t prepare for the high mountains but I’ve worked hard to prepare for the Giro. I surprised myself today. Maybe one day I’ll lose everything but until that day comes, I will defend the Maglia Rosa”.

Stage 6 winner Tim Wellens said in the press conference: “I was highly motivated to go on the attack today but when I missed the move of the three riders [Alessandro Bisolti, Eugert Zhupa and Alexander Kolobnev], I thought it was all over. After the peloton split in a downhill, Tom Dumoulin who is a good friend of mine since we went on a semi-holiday to take part in the criterium of Curaçao last November, told me it was time to attack. I didn’t do it straight away but my team-mate Pim Ligthart asked me to go with him some time later and we did. I went full gas in the last climb. The race leader is not often someone I know very well. He gives very good advice and he deserves to take the Maglia Rosa home”.