Team Canada scored an impressive nine medals over the weekend at the second round of the Para-cycling World Cup in Ostend, Belgium, including five gold medals.  Canada also finished fourth overall in the nation standings.

The objective for Canada at this international competition was to assess the competitiveness of the Canadian athletes in the international field as they begin final preparations for the Paralympic Games. 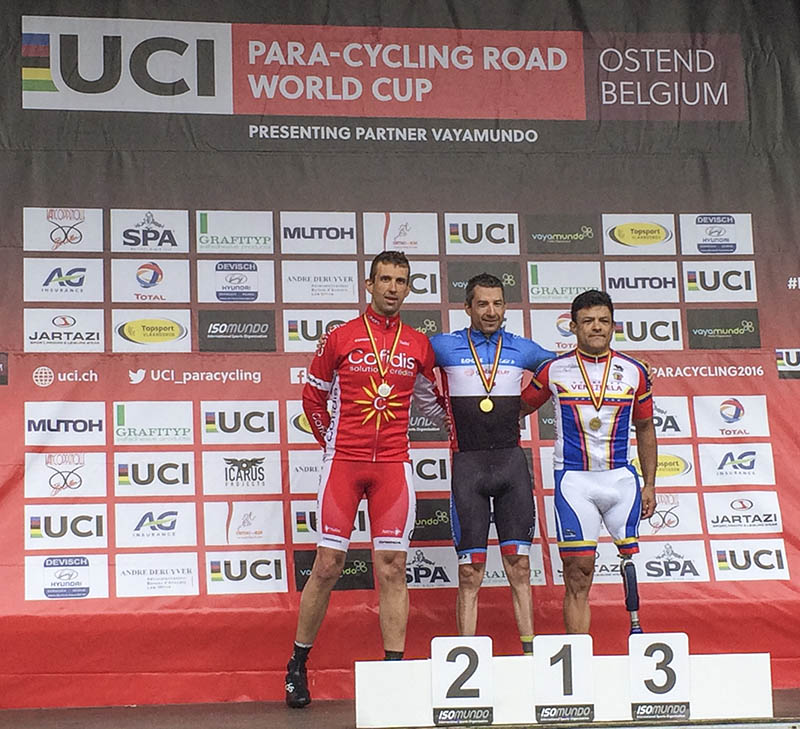 Tristen Chernove atop the podium

"Getting to race our bikes in the epicenter of cycling is fantastic," said Tristen Chernove.  "It was a really great time trial for me.  The [time trial] course was an interesting mix of technical and difference surfaces, with fairly narrow roads and tight corners, and some wind, made for a challenge.  The result was exactly what I was looking for.  There are still elements of my ride that I can improve upon.  This has been a really great event, and I look forward to coming back in the future."

World champion Shelley Gautier, who was the only competitor in the Women's T1 for both the time trial and the road race, nonetheless recorded strong times as she prepares for the Paralympics. 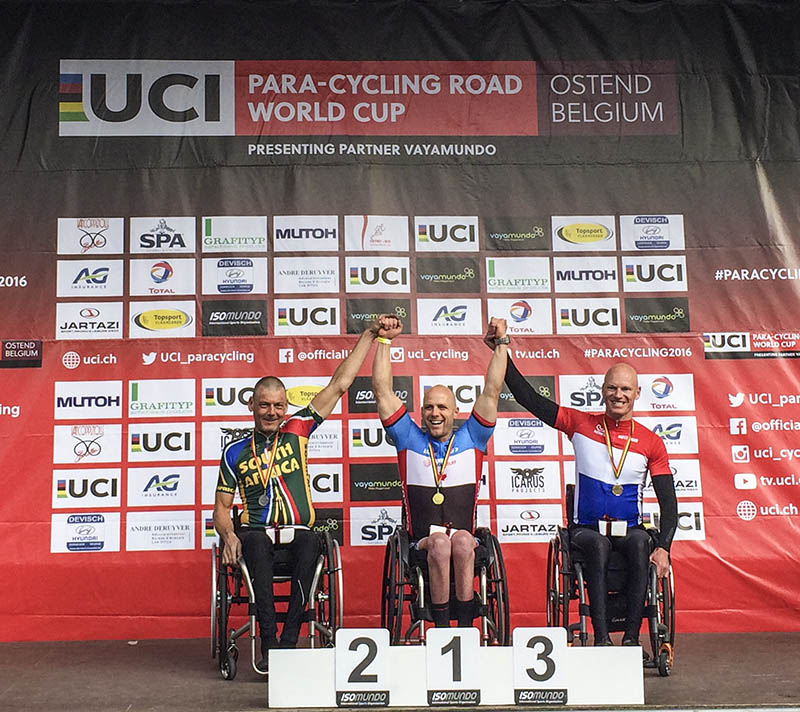 Charles Moreau also won gold, in the Men's H3 Time Trial, and finished fourth in the road race, as he sprinted for silver.  "It's a great win! It's fun to have such a result early in the season, because last year I had several glitches," said Moreau, who won the first World Cup of his career.  "It confirms that I'm in the game and I continued to progress. The world champion, Italian Podesta, was not there, but the guys that will be in the Paralympics were present." 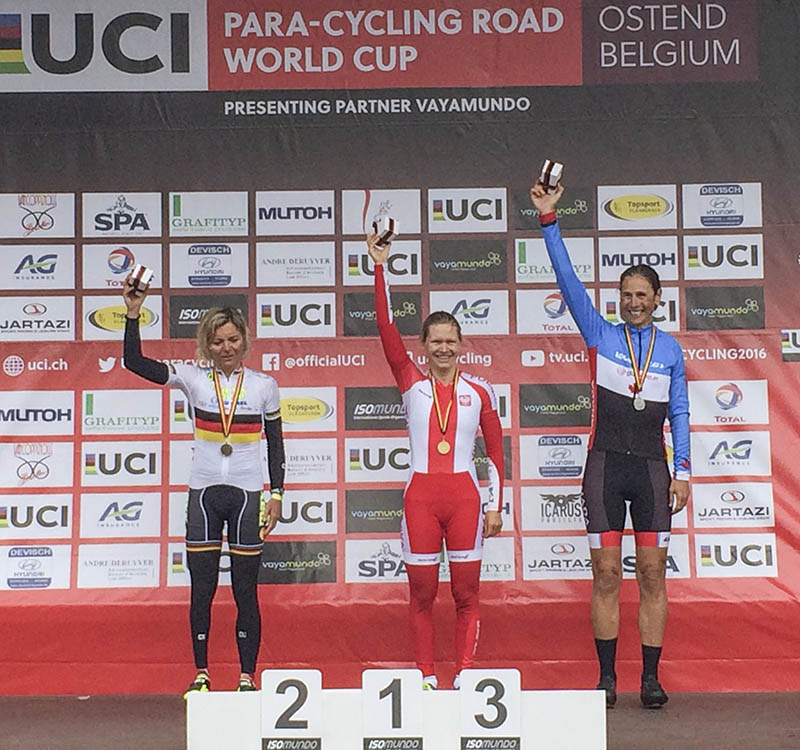 The Canadian tandem teams came very close to medal performances also, with Robbi Weldon and Audrey Lemieux finishing fifth at the same time as the winners, in an eight-way sprint for the Women's Road Race title, while the men's tandem team of Daniel Chalifour and Jean-Michel Lachance were fourth after a sprint for the bronze medal.

"With a little over one hundred days to the opening of the Paralympic Games in Rio, it is great to see where our athletes' fitness is," stated Jacques Landry, High Performance Director at Cycling Canada. "This World Cup was well represented by all top nations and so it's reassuring to see that our program is on the right track as far as preparation is concerned. Thanks to hard working, professional and experienced staff, there is no doubt that on-going athlete assessments and continued monitoring will lead to our athletes prepared for optimal performances come September."