At the end of the longest stage of the 99th Giro d’Italia, Matteo Trentin secured another stage win for Etixx-Quick Step – opening his Giro d'Italia account at the same time – after making substantial contributions to the earlier achievements of his team-mates Marcel Kittel, Gianluca Brambilla and Bob Jungels. He surprised Gianluca Brambilla and Moreno Moser by darting past them in the last 300 metres while, far behind, Steven Kruijswijk led the group of the favourites in the climbs that preceded the finale in Pinerolo. The race leader avoided anything untoward in view of the two coming Alpine stages. 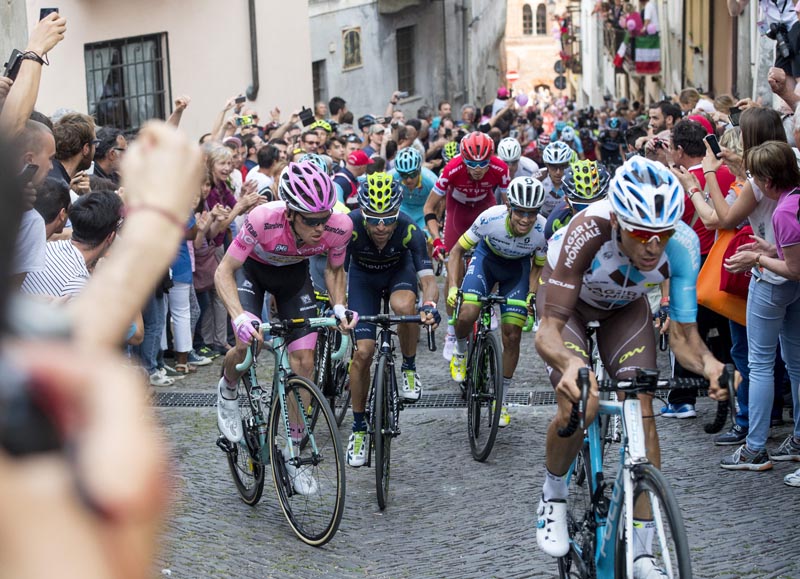 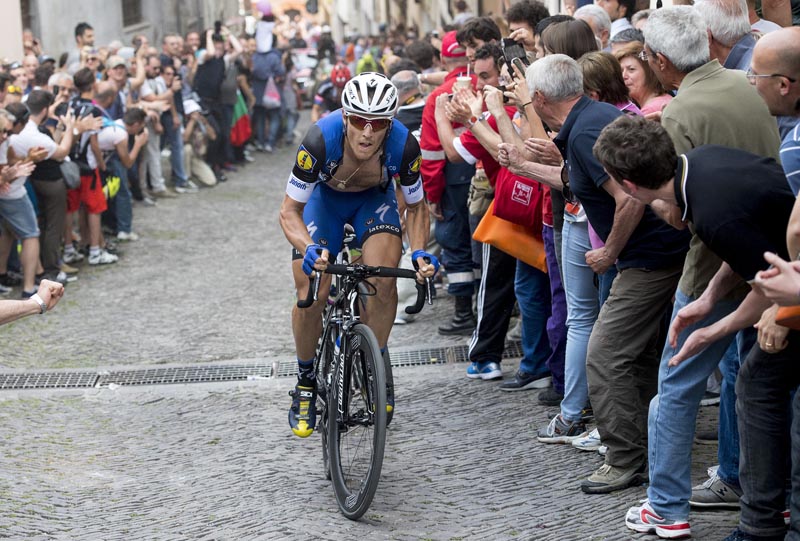 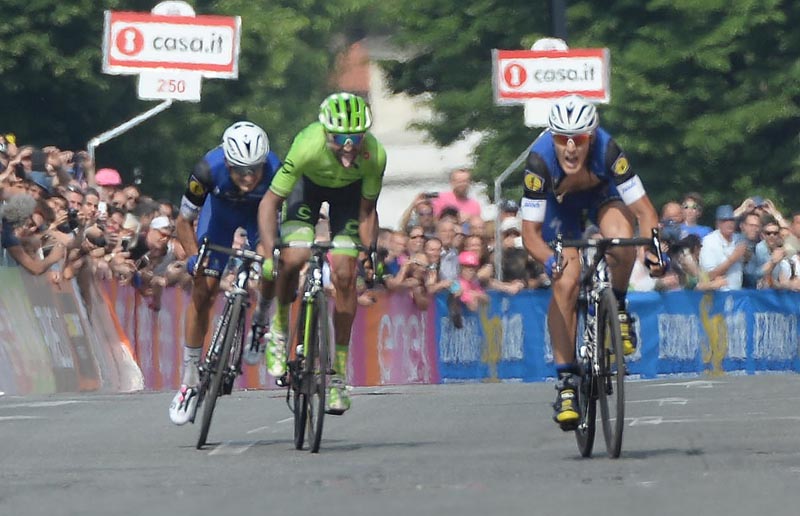 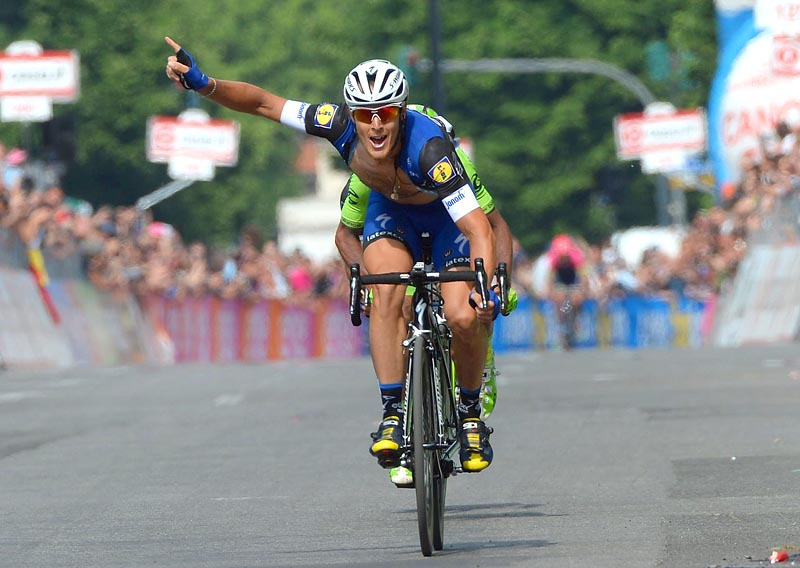 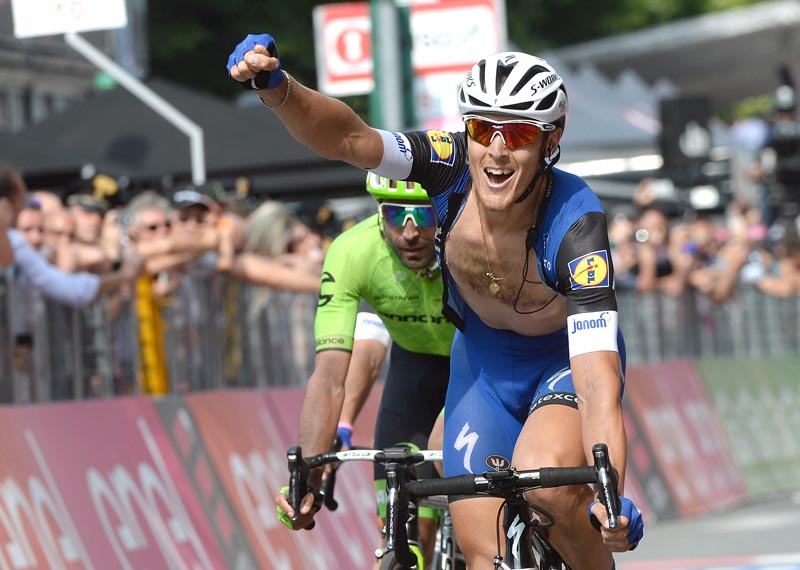 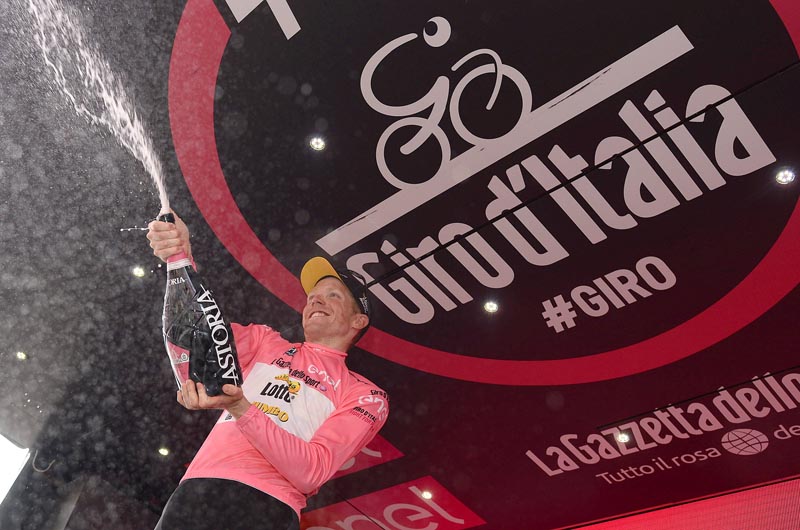 Stage winner, Matteo Trentin: “I finally believed I would win with 350 meters to go when I saw that they didn’t start sprinting early. I didn't ride so much as one metre with them. It was key that I saw the stage finish today [with one lap to go]. They were two great riders ahead of me: Moreno [Moser], who has won what he won and is now getting back to his level, and Gianluca [Brambilla] who has been doing great since the beginning of the season. When they rode away, my goal was to reach the top of the climb with a small deficit. Having Gianluca at the front, I didn’t have to ride with [Nikias] Arndt, [Sacha] Modolo and [Ivan] Rovny. Eventually I was able to attack them and make it across. I don’t think Moreno even saw me coming from behind but Gianluca knew as he was told via radio to stop pulling because I was right there”.

Maglia Rosa Steven Kruijswijk said in the press conference: “It was a really long stage. My team did a perfect job today, with two guys pulling on the flat, others who brought me to the climbs, and Enrico [Battaglin], who did the whole climb by himself. We knew a breakaway would go to the finish, and also which riders and which teams would make it. It’s always more predictable at the end of the Giro. We controlled the race and stayed safe. I have been the team leader since the beginning, and I still have the same role in the team, although the Maglia Rosa gives me more confidence. I’m enjoying every moment in it. I hope I have made the race very attractive in the last week. I have received lots of support from the Italian fans, so I don’t think I’ve spoiled their party. As for tomorrow and Saturday, I’m looking forward to them. I’ve trained a lot in long climbs like this and I showed last week that I cope well with the altitude”.