Despite forecasts of rain, the opening day at Round 3 of the Cross-country World Cup on Saturday was sunny and warm in La Bresse, France.  Switzerland's Sina Frei (JB Brunex Felt) took her second consecutive win in Under-23 Women, with a dominating performance, finishing 1:28 ahead of Evie Richards (Great Britain National).  Soren Meeuwisse (Team Canada) was the top Canadian in 25th place. 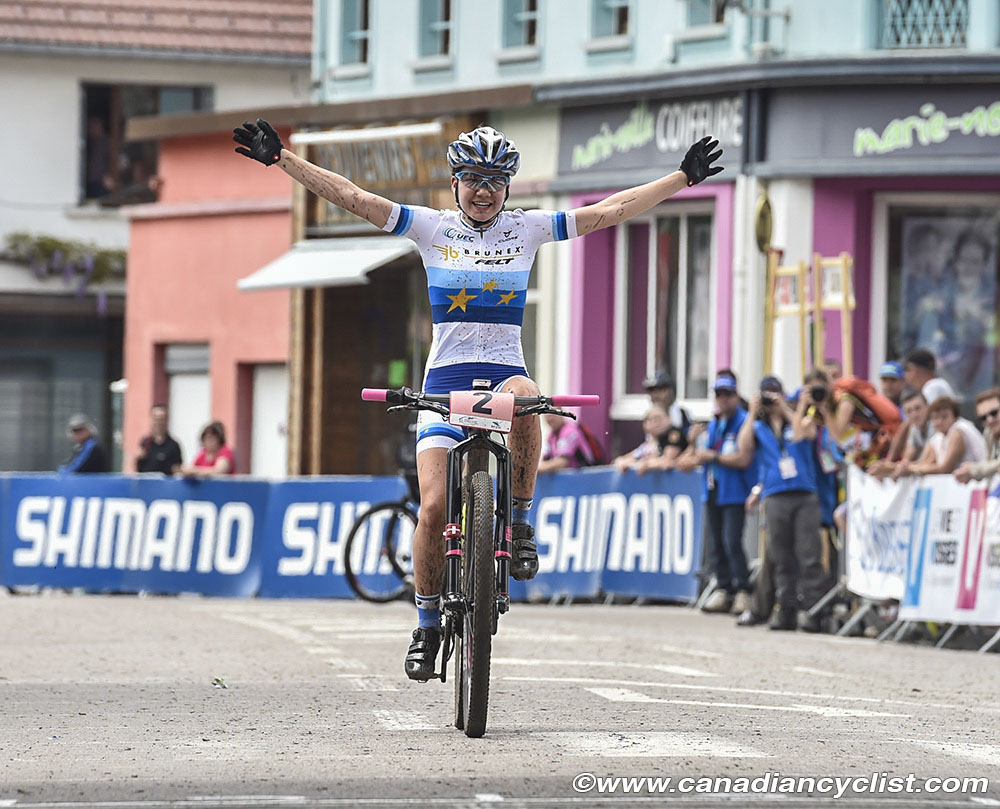 World Cup leader and Round 1 winner Kate Courtney (Specialized) had hard day, with two crashes and a broken shoe dropping her into the 20s, before she recovered with a late race surge to take seventh.  It wasn't enough to keep the jersey, however, with Frei moving into the overall lead with 180 points, ten ahead of Courtney.

Catherine Fleury (Team Canada), who finished second in Round 1, had to watch from the sidelines after a crash in Albstadt kept her from racing.  Fleury is riding again, but still suffering pain in her left ankle, and the decision was made to hold off on racing.  By missing a second World Cup, Fleury has now dropped to eighth in the standings, but is only seven points out of fifth with three rounds remaining. 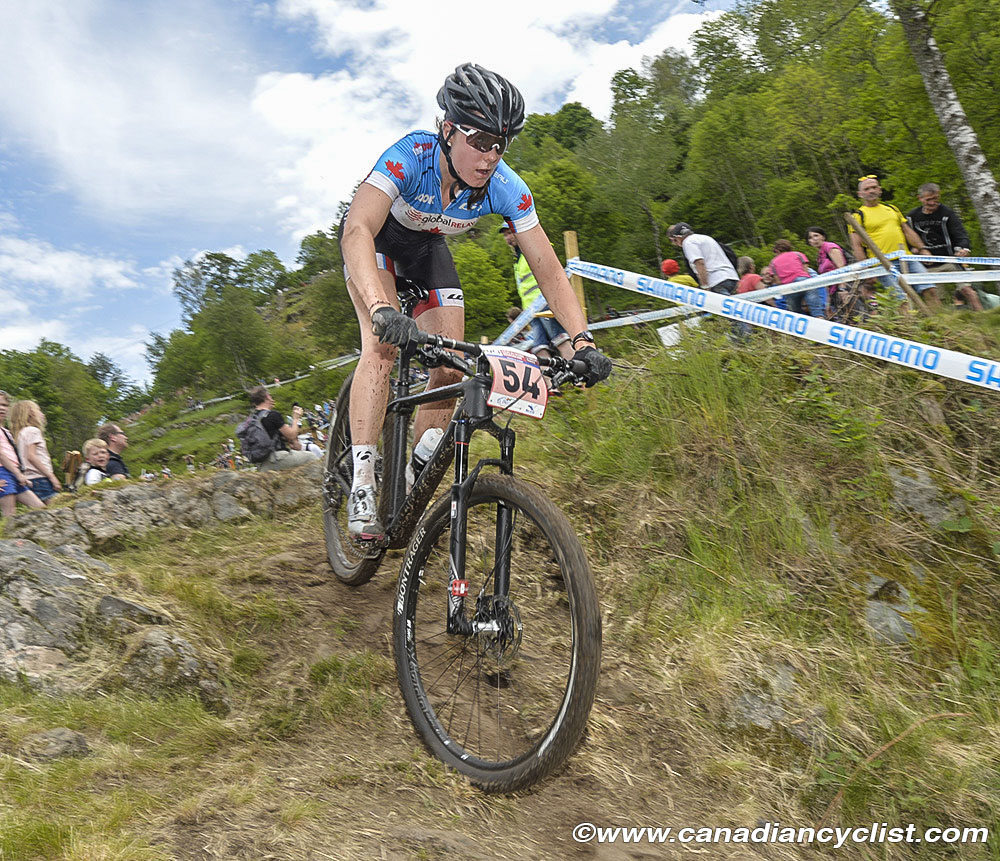 Meeuwisse, as a first year U23 rider, has had a last row start position in Albstadt (her first World Cup) and La Bresse.  However, she moved up steadily in the first half of the race and held on to finish 25th and gain her first World Cup point.

"I'm very satisfied," said Meeuwisse.  "Last weekend in Albstadt was my very first World Cup in the U23 category, and I was in the last row, and I managed to move up to 32nd by the finish.  Today my goal was to finish top-25, and I finished 25th.  Consistently throughout the race I was just trying to pick my way up to each group and hold on.  The downhills are usually where I can gain some time, but I was riding well on the climbs today."