The 31st edition of the Tour de Beauce concluded with the traditional circuit race through the streets of St-Georges, that once again shredded the field, with only 60 riders finishing the stage. Yellow jersey holder Greg Daniel (Axeon Hagens Berman) capped off his time in yellow by outsprinting General Classification rival Hugo Houle (Team Canada) to win the final stage. Daniel also took the Points jersey and Young Rider jersey. Robert Squire (Holowesko/Citadel p/b Hincapie) took the Climber's jersey, and his team won the Team Classification.

The fifth and final stage sends the riders on 12 laps of a 10.2 kilometre circuit that is dominated by a two kilometre climb. Riders get little recovery time, since the rest of the circuit twists and turns through residential streets. More than once, a race leader has lost the jersey after his team could not respond to the constant attacks put forth by rival contenders.

Daniel went into the stage with only a 16 second gap on Houle, but his team proved to be up to the task. A break of five went clear on the second lap, driven by Rob Britton (Rally). Also in the break were Joshua Berry (Jelly Belly), Ryan Anderson (Team Canada), Alexis Cartier (Garneau Quebecor) and Matteo Dal-Cin (Silber). A few laps later, Thomas Vaubourzeix (Lupus) and Jordan Cheyne (Jelly Belly) bridged across, while Berry was dropped. 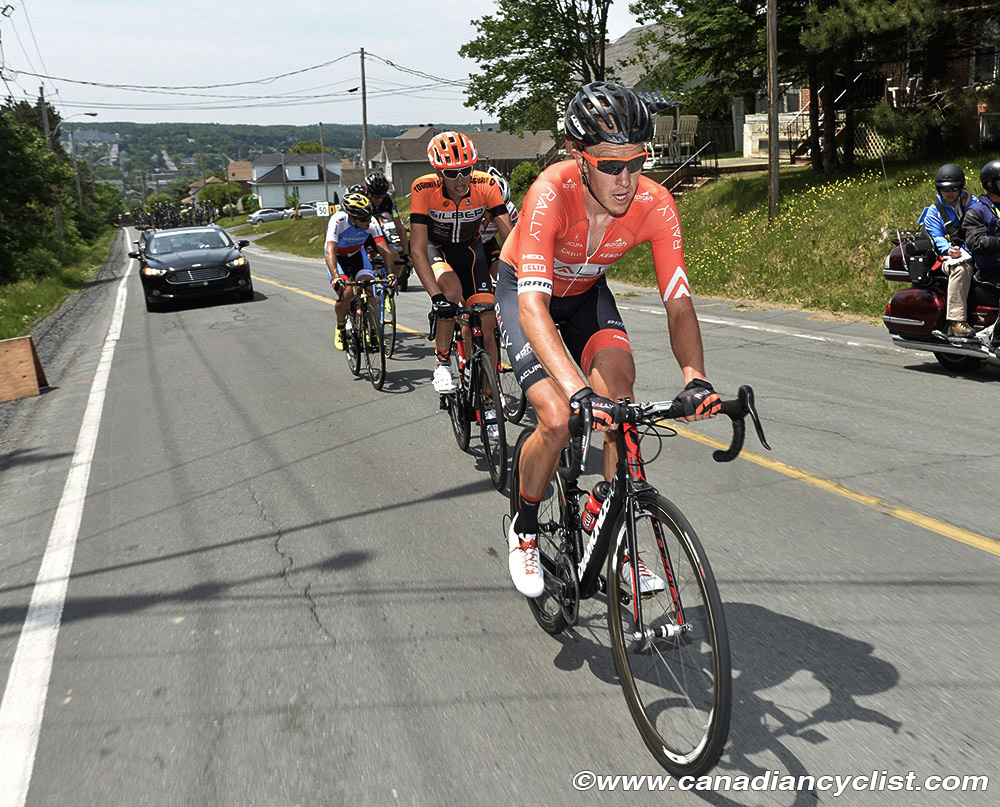 The gap went over a minute quickly, and then to 1:45, making Britton the virtual race leader by four seconds. When the gap went over two minutes just past the halfway mark in the race, Axeon began to chase in earnest, slowly chipping away at the lead as some members of the break began to struggle. With less than 40 kilometres remaining the gap went back below a minute, but the peloton was below 50 riders (out of 98 starters) under the intense pace set by Axeon.

As the riders hit three laps to go, the break was all but caught, with only Vaubourzeix trying to stave off capture. The peloton hit the climb and Houle tried to put pressure on Daniel, but only succeeded in exploding the field, with 16 riders going clear over the top. Houle went again on the next lap, but Daniel was stuck to his wheel. The 16 regrouped for the final lap, and Houle made a final attempt to shake the yellow jersey, without success as 12 riders made the cut.

Out of the final corner with 500 metres to go, Houle made the first move, but Daniel was on his wheel, and came by to take the win in the last 50 metres. 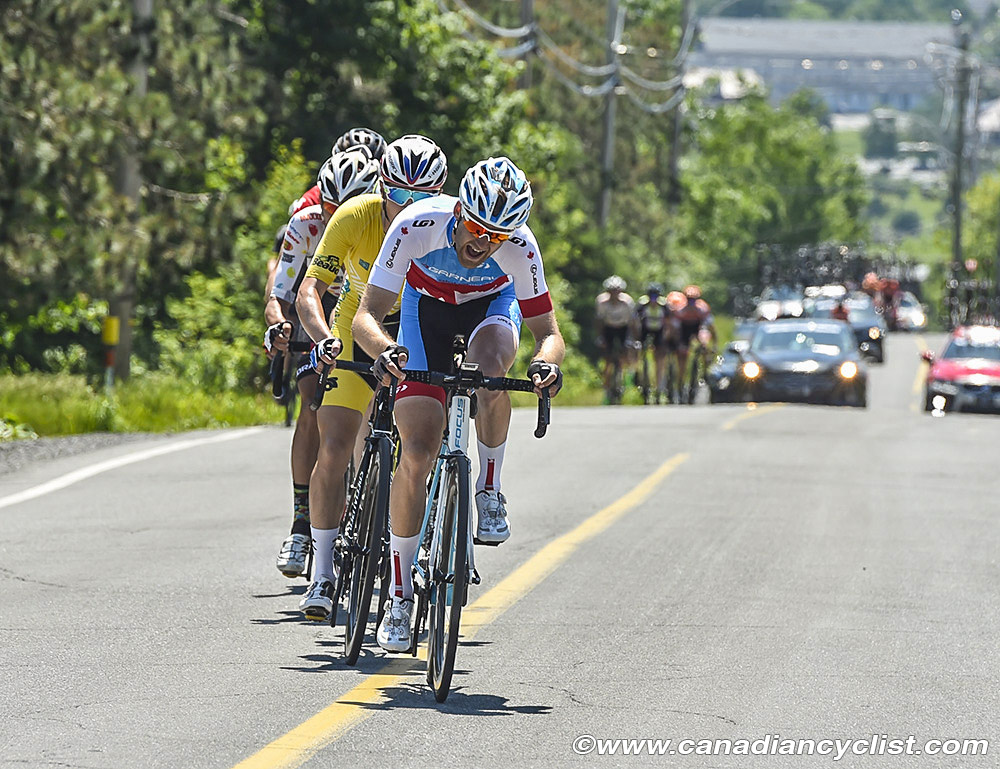 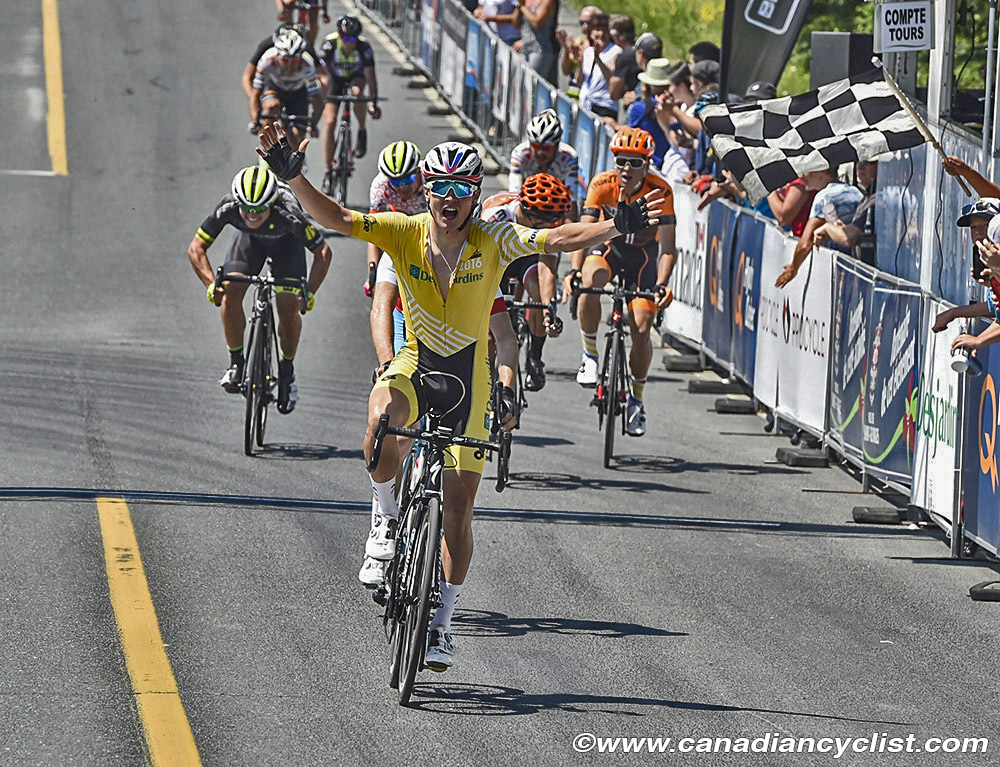 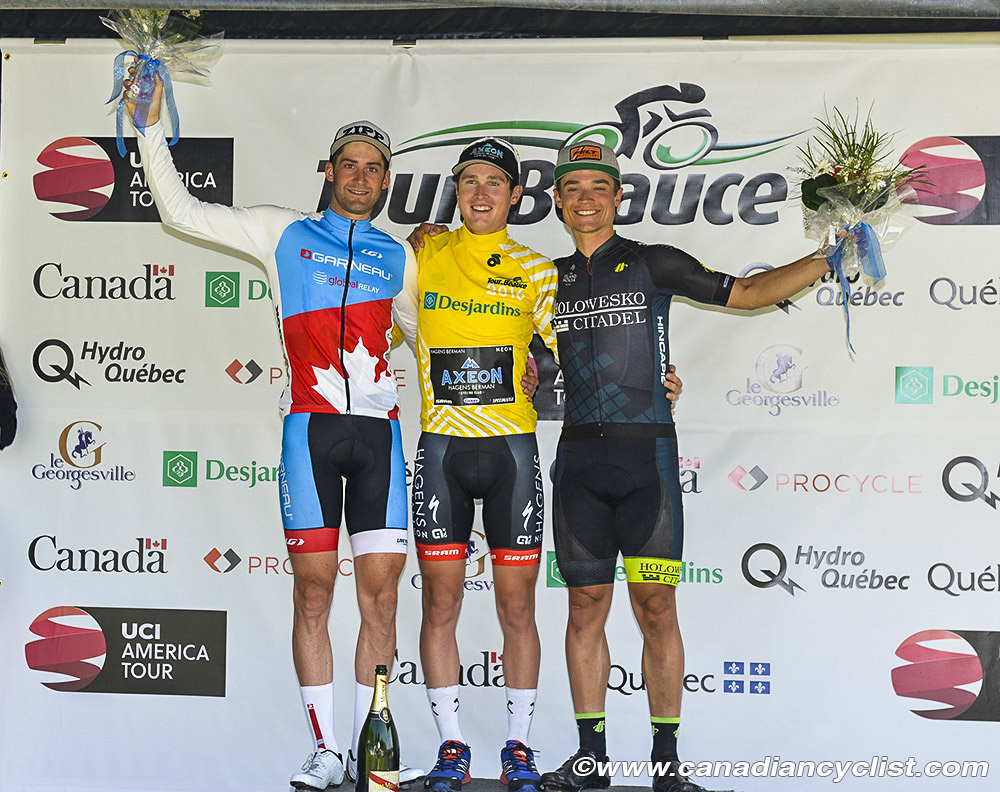 "I knew we had a really strong team, but at the end it was going to be mano-a-mano against some of these strong guys, especially Hugo," admitted Daniel. "It was difficult to control but the guys went above and beyond, and pulled pretty much until the final time up the climb, which was perfect. I knew Hugo was the main guy to follow, and for all my team mates I was going to dig inside out to make sure he didn't get away. Winning the final stage was the cherry on top!"

For Houle, it was a case of being outgunned by a stronger team. "Greg Daniel had a really strong team and was really strong himself. I was just not able to get him off my wheel; I tried pretty hard, but there was nothing I could do. On the last lap I tried from the bottom of the climb, but he just stayed on my wheel. I tried everything I could, but at the top of the hill it was over, so I decided to go for the stage win. I brought back Morton and Perry with 500 metres and then I had to go, but Greg was on my wheel and he passed me at the end."

"I think I finished stronger then I started, so that's a good sign for Nationals. I don't think I could have raced Tour de Beauce better then I did this year, with the team we had, which wasn't as strong as Axeon. I did my best and came second ... so I will have to come back again!"