Eight National titles were awarded on Saturday at the 2016 Canadian MTB XCO Championships, in Baie-Saint-Paul, Quebec.  The marquee Elite titles were won by Emily Batty (Trek Factory Racing) for the women, and Derek Zandstra (Scott-3Rox) for the men.

The 5.9 kilometre circuit challenged both the technical skills and endurance of the riders, in hot and humid conditions.  Riders had little chance to recover from the climbs before having to focus on the technical descents, covered in roots and rocks. 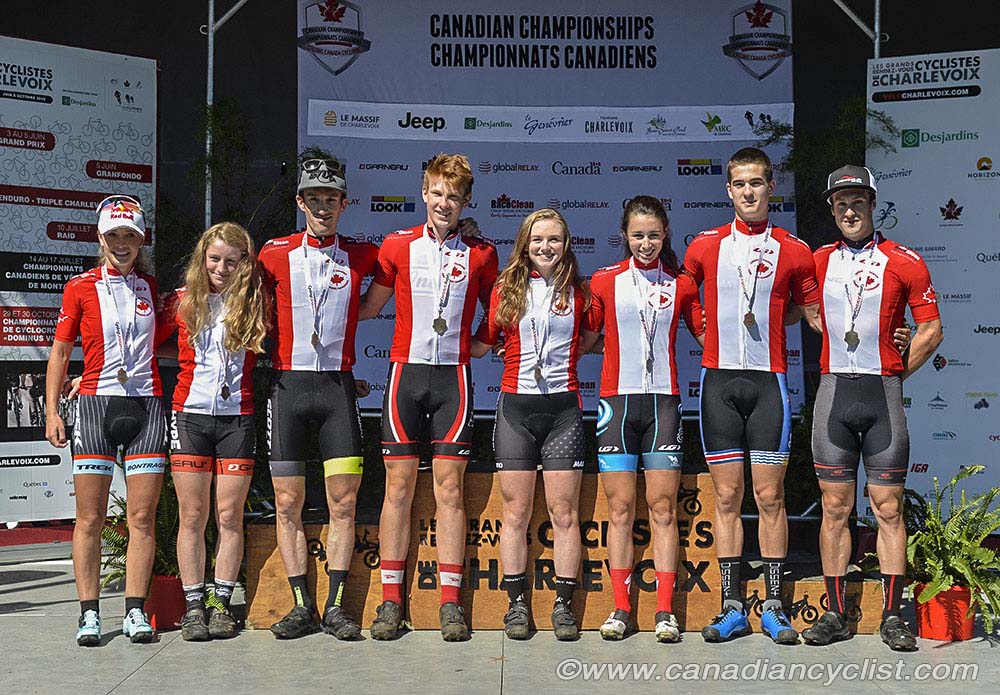 All National Champions show off their new jerseys

Batty won her second Elite national title, but it was tinged with a hint of regret that her rival Catharine Pendrel (Luna) was not there.  Pendrel, the defending champion, decided to skip the Nationals to focus on her Olympic preparation. 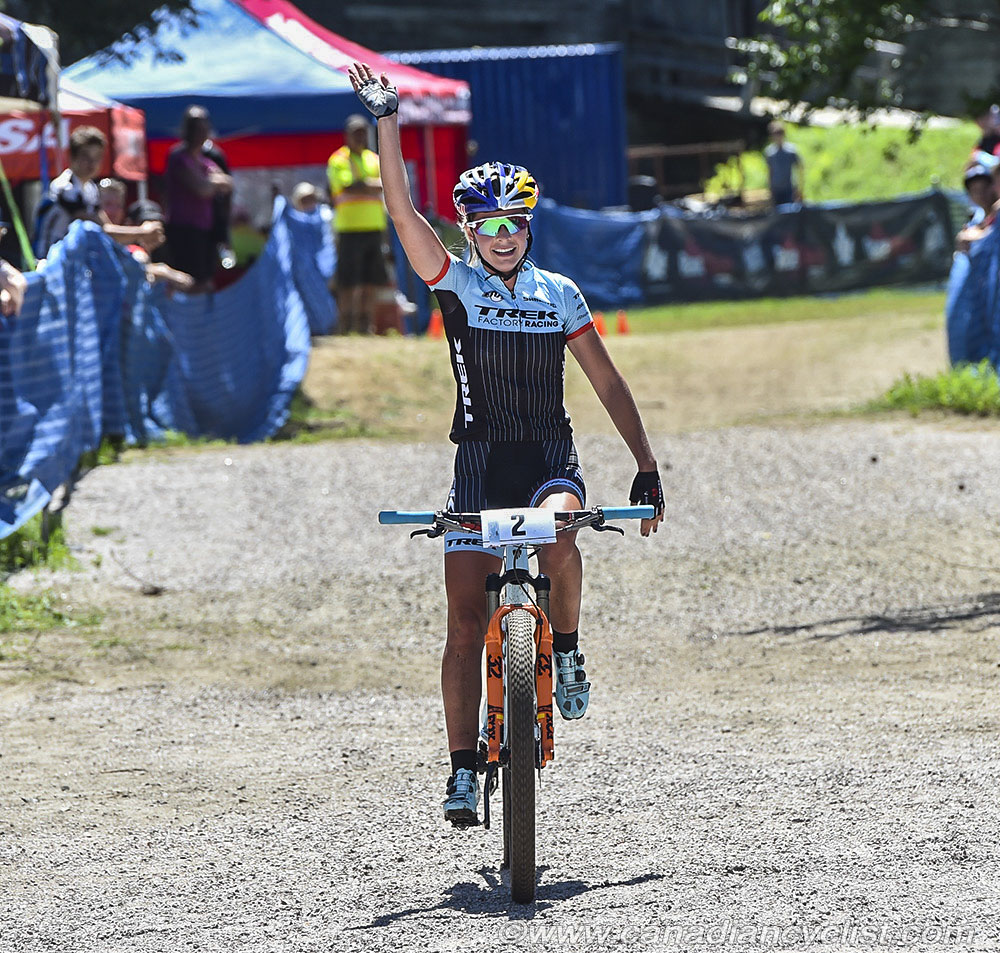 "I was able to pull off a good result, but unfortunately Catharine decided not to race, and I was looking forward to that battle.  We both have good form, and I'm coming off some good rides, so I was really looking forward to having the chance of going head-to-head.  But I still had a great race, so I'm happy.  It's been a few years since I've been here in Baie-Saint-Paul, so it was fun to be back.  It's a unique course and you always have to be focussed."


Batty, who will represent Canada at the Rio Olympic Games, came into the women's race as the favourite, after a bronze medal performance at the world championships two weeks earlier.  She and Sandra Walter (Liv Giant) dropped the rest of the field on the first lap, and then Batty rode Walter off her wheel to record her second national title.  Cindy Montambault (Equipe du Quebec) took the bronze medal.

The Elite men's race quickly came down to three riders - Zandstra, defending champion Raphael Gagne (Cannondale 360Fly p/b Sugoi) and Bouchard.  For Zandstra, it was possibly a chance of payback for losing the Olympic selection to Bouchard. 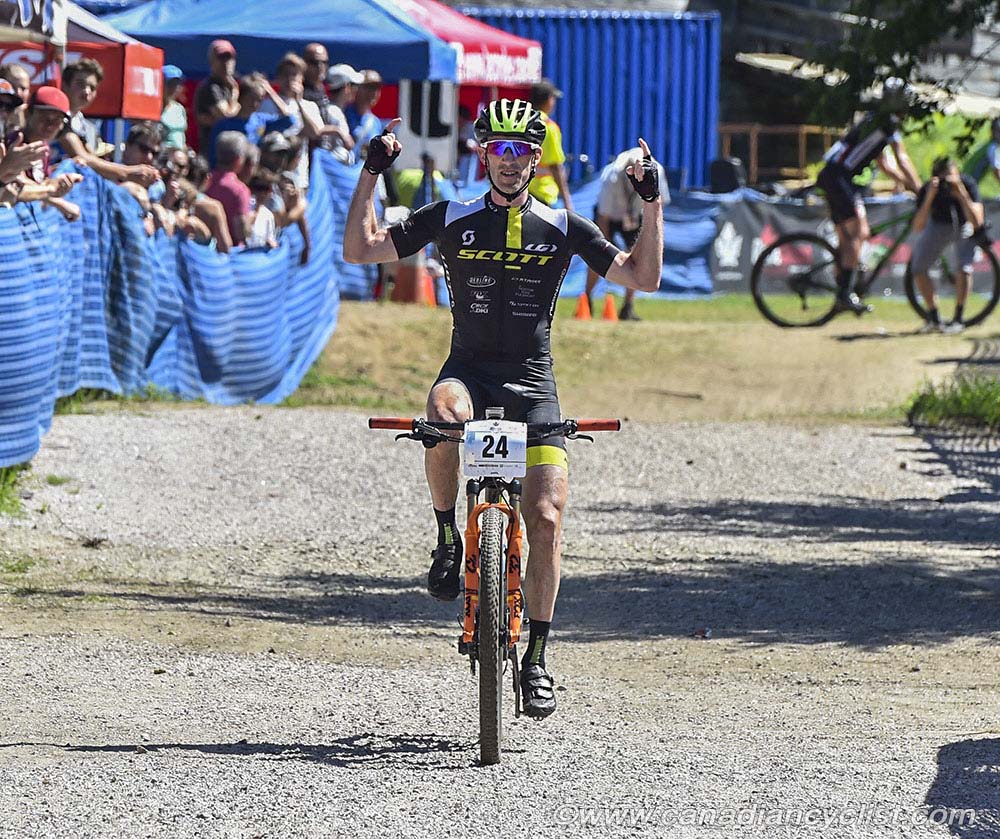 The three riders opened a gap on a chase group containing Kabush, Jeremy Martin (Focus XC) and Davis Ross (AWI Racing).  However, by the halfway mark, Gagne was falling back, since he is still recovering from illness, leaving just Zandstra and Bouchard at the front.  Zandstra was riding aggressively at the front on all the climbs, and opened a gap on Bouchard with a lap and a half to go, extending his lead through the final lap to finish 42 seconds in front.  Kabush overtook Gagne in the final lap to take the final podium spot.

"I had some good feelings going into the this," stated Zandstra.  "I felt I had something to prove, and training has been going really well, and the whole race, right from the go, the pace felt light to me.  So on the second lap I took the lead on the big climb and really pushed the pace.  It felt really good and I could see I was getting gaps on the climb, although 'Dre [Leandre] was getting back on, on the descents.  So I knew as long as I was in front on the climb at the end, I could get it." 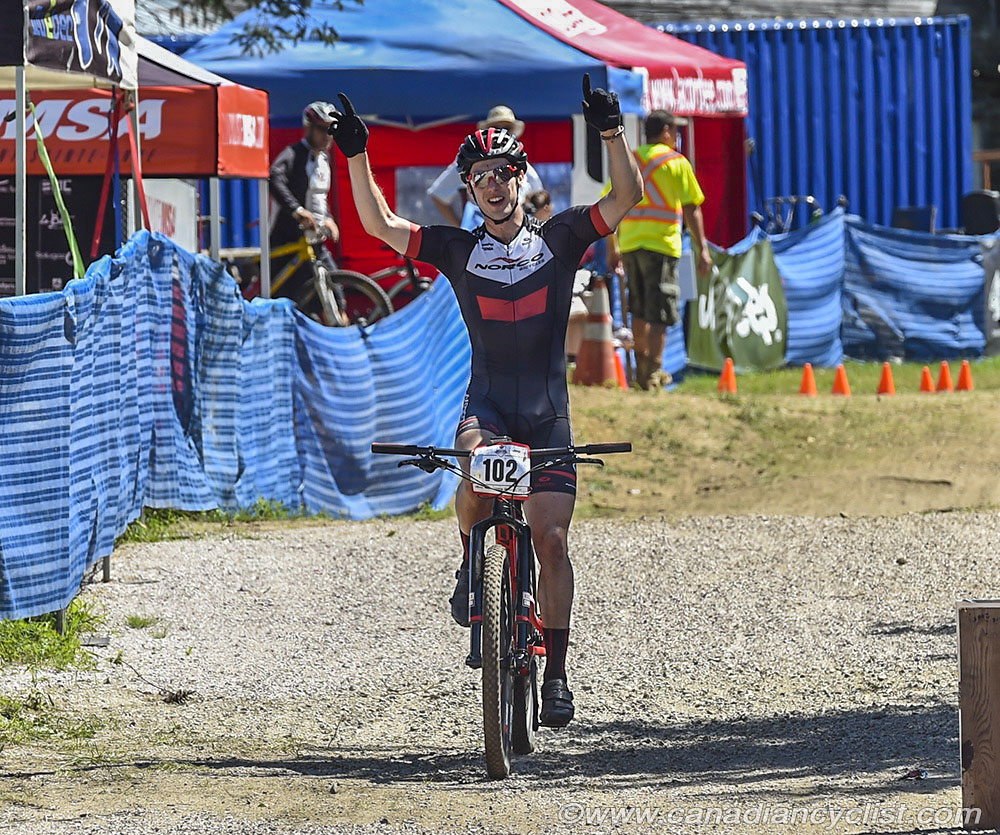 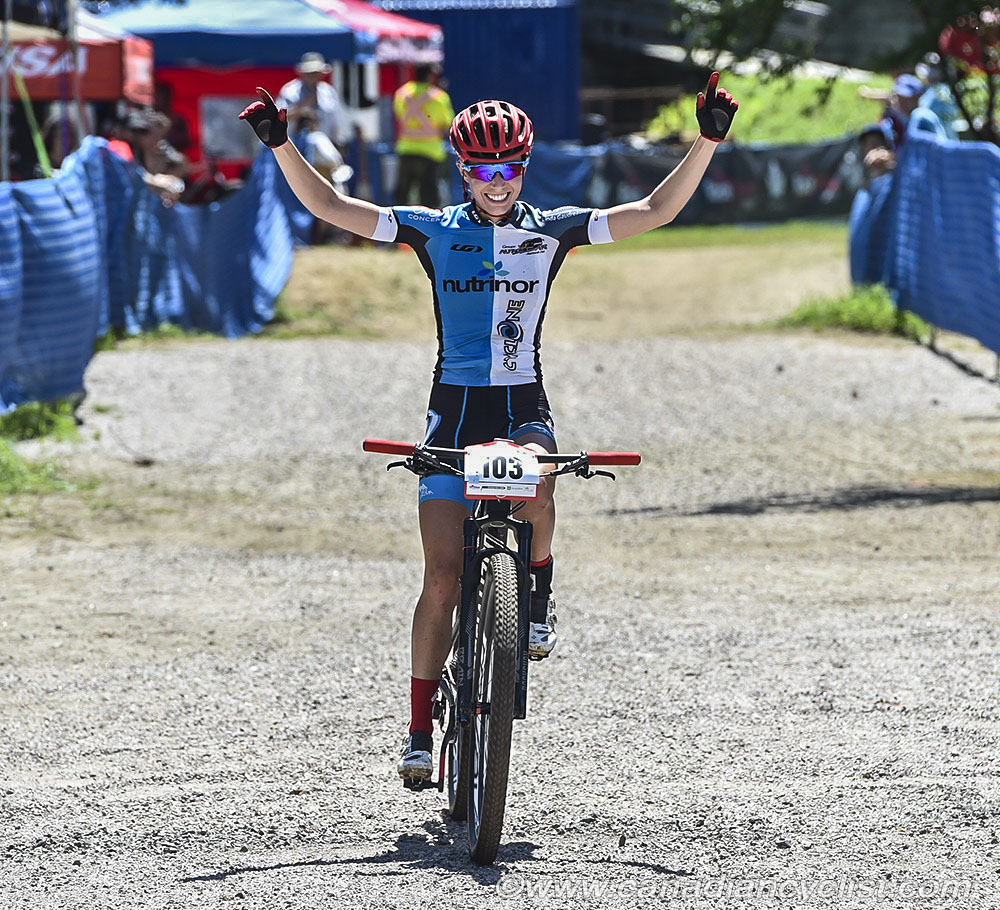 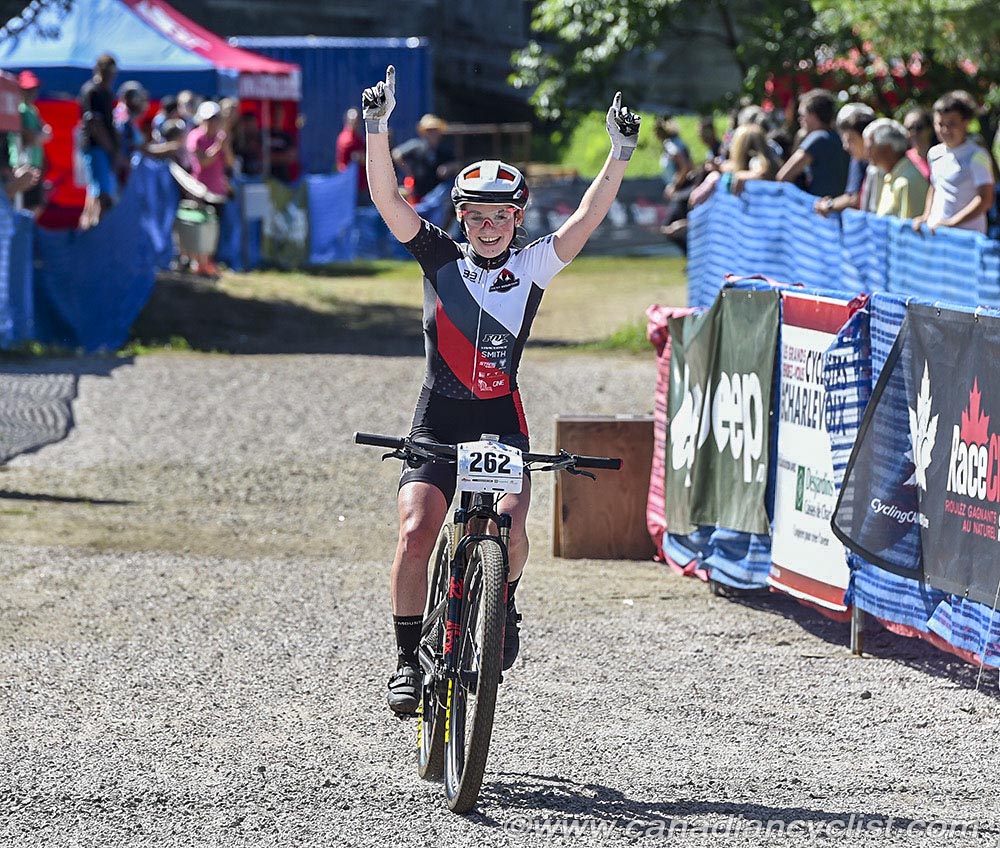 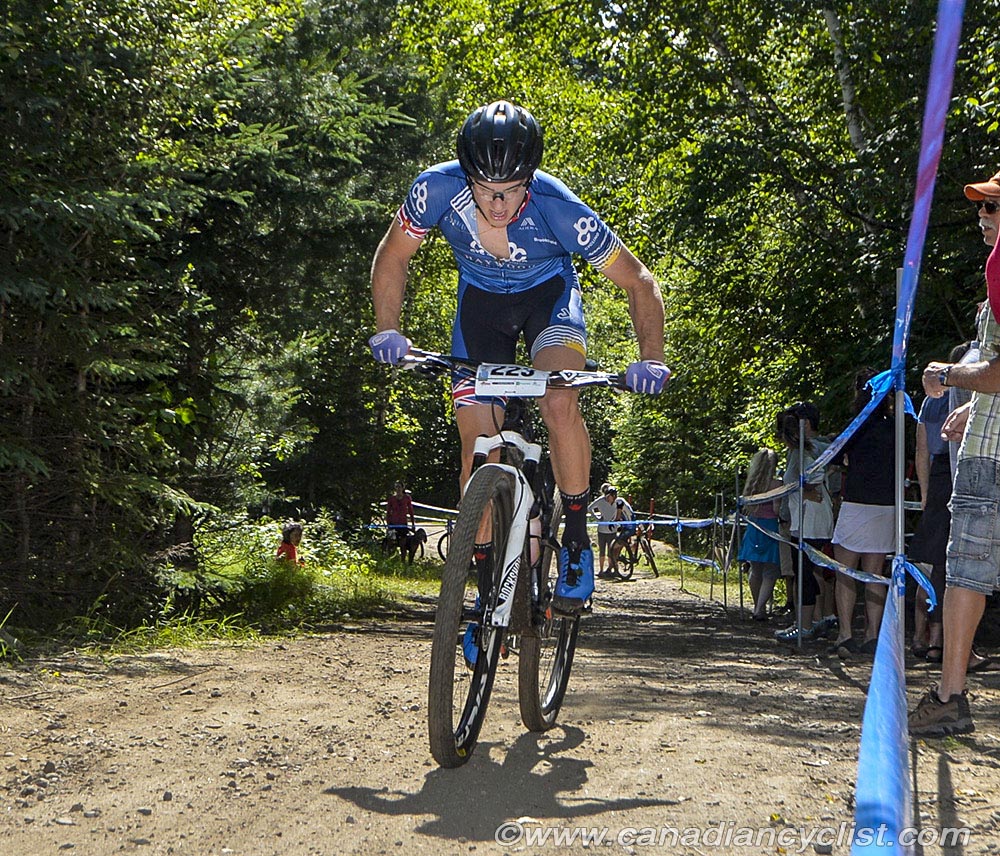 Sean Fincham (BC) Cycling BC 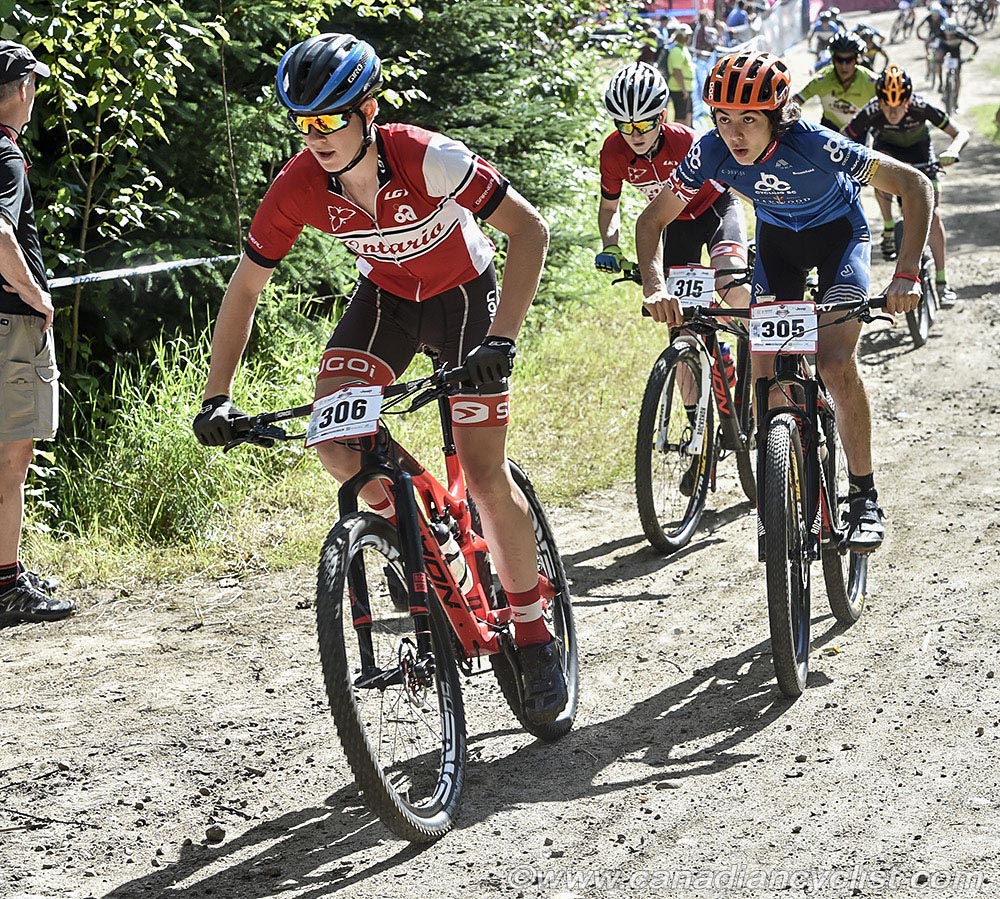 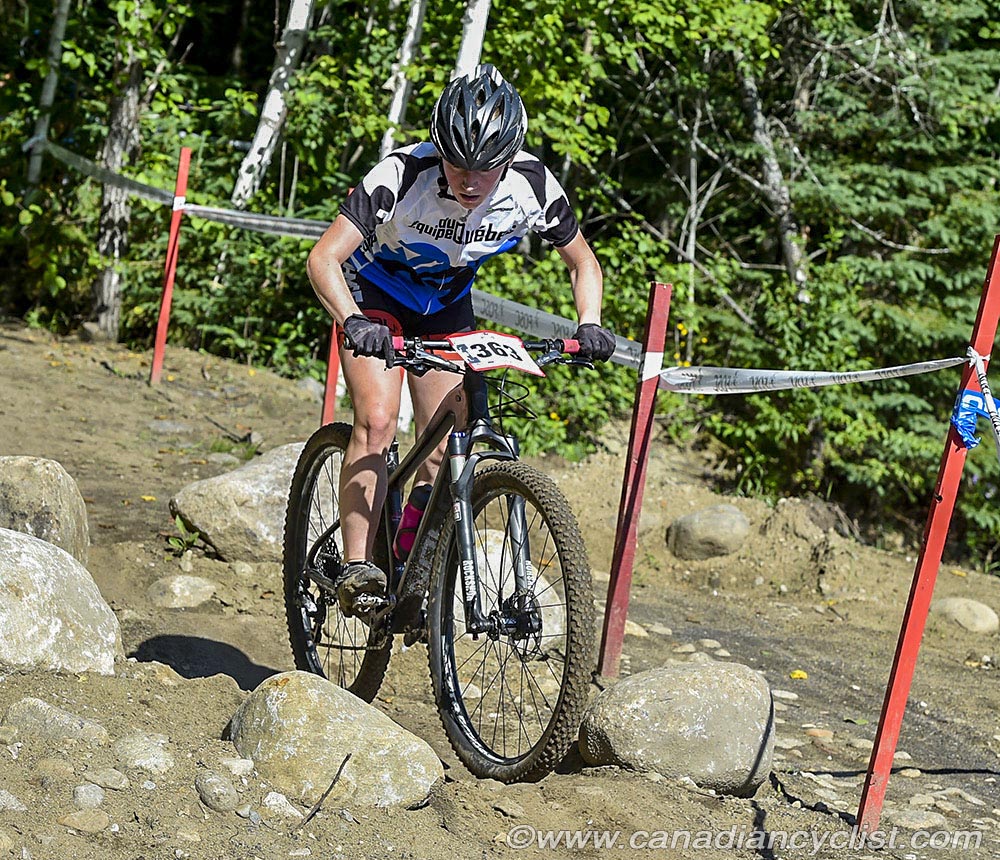