Laroche and his teammates stood up to the powerful Garneau-Quebecor team that tried to make the race hard in the early laps, even to approaching the race record of 58 minutes 16 seconds.

"The race was difficult," admitted Laroche, who almost was not able to attend because of his work. "The pace was high, but I trust the work of my teammates." 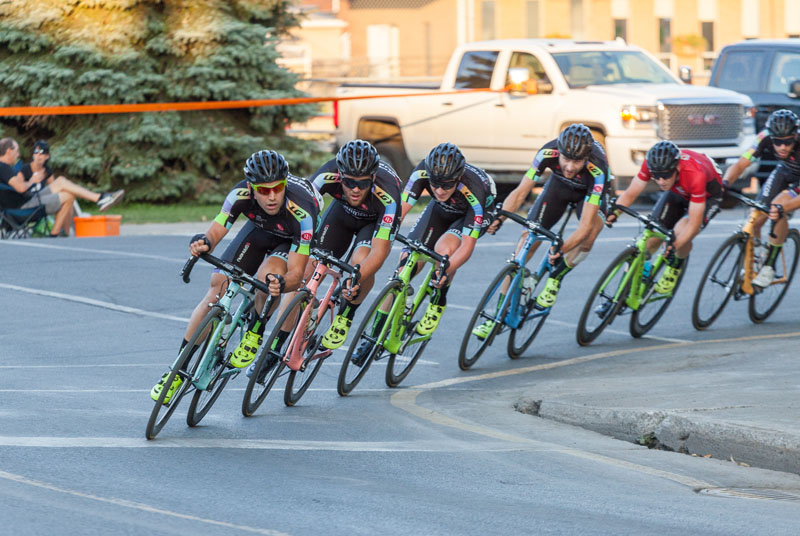 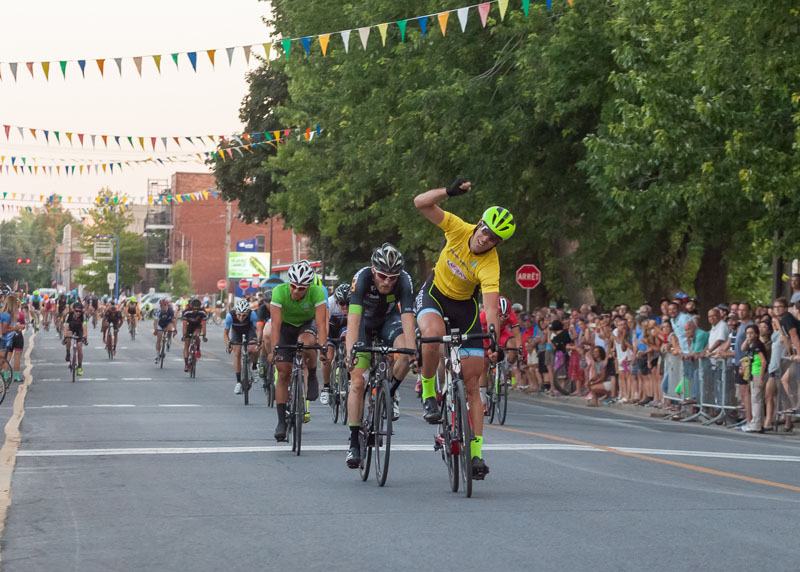 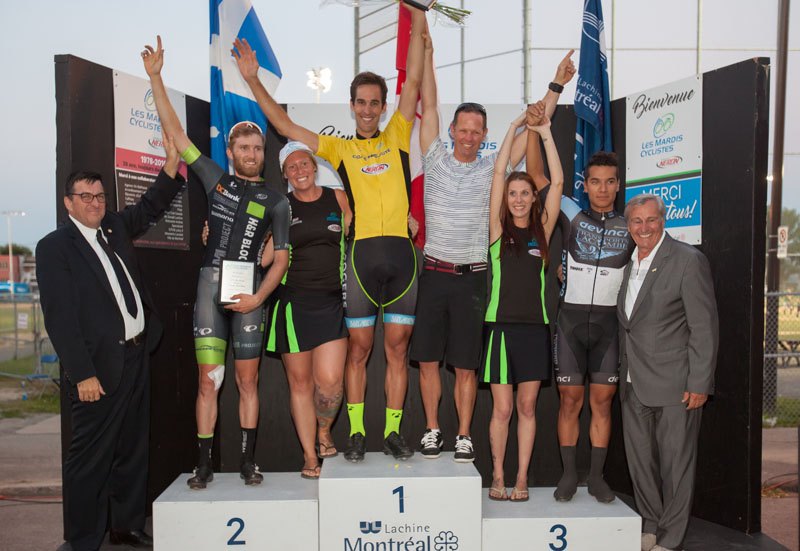 When Garneau-Quebecor cycling realized they were about thirty seconds off the mark on the 18th lap, they backed off because they also aim to win and help Olivier Brisebois reduce the gap in the title race.

"It was the best strategy for us. If they continued their attempt to eclipse the record and we would have been ahead at the end because of fatigue, or they back off and we are faster than them in the final sprint with Pierre-Olivier (Boily) and Charles-André (Bilodeau), even when we would have won," said Laroche, greeted as a hero in his tent after crossing the finish line in a time of 59 minutes 40 seconds, one minute 24 seconds off the established record by Simon Lambert-Lemay August 6, 2013.

The Garneau-Quebecor team tightened the race in the first half, but that did not stop Laroche from winning the second sprint of the evening.

The holder of the yellow jersey conducted a smart race. He was always near the front, always protected by Boily or Bilodeau when it was not by another teammate, while keeping an eye on Brisebois.

To demonstrate the high pace, the peloton was already split in the sixth of 31 laps and only sixty of the 136 starters were grouped at the end.

The only attempt to escape took place in the 24th lap by Pier-André Côté (TRJ Telecom-Desjardins Ford) but he was caught the following lap.

"Our goal was to eclipse the record, but when we saw that our riders started to be tired and the foot was lifted," said Simon-Pierre Gauthier. "Our aim was also to win the race. It would not have served much if we had kept pace by shooting everyone and getting beaten in the end. We will try again."

Overall, Laroche increased his lead in the race for the Nero Cycle yellow jersey, and has 748 points.

The third place of Pineda allowed him to seize the Specialized red jersey and ranks second with 533 points. Brisebois has lost a place, and follows with 491 points and became the holder of the Desjardins green jersey.

In the race to the CMS black jersey as the most combative rider, Denis Cottreau (Golden Sports) continues to lead with 34 points, 11 more than Marc-Antoine Soucy (Garneau-Quebecor).