The 29.7 kilometre course was one of the most difficult in Olympic history, with two major climbs and twisting descents.  Steady rain and gusting winds throughout the event made it even more difficult.

Whitten, the Canadian national champion, was the eighth rider to start, and quickly set a benchmark time of 45 minutes and 1.16 seconds.  Her time kept her in the Hot Seat through eight riders before Elisa Borghini of Italy finally took the lead by 9.22 seconds. 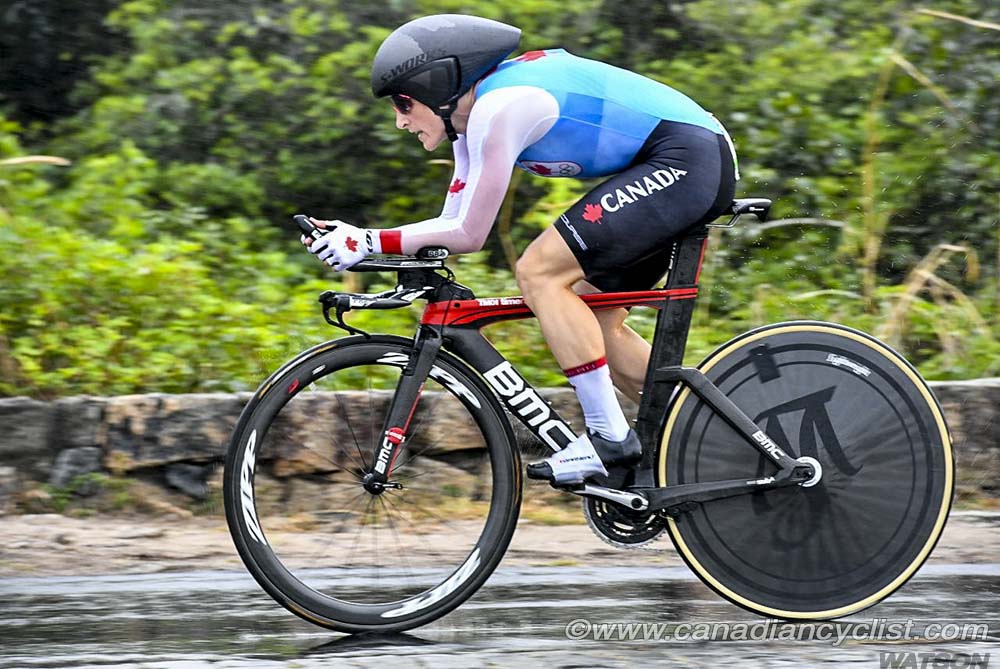 "It was not fun in those conditions," agreed Whitten, "but I was actually happy that it was not hot.  The rain made it very technical on the descents, and we had to change the front wheel because of the gusting winds.  I took the descent quite cautiously because the roads were pretty slippery.  I noticed even on some of the climbs that getting out of the saddle my rear wheel was slipping."

"I have to be happy with my ride, because I felt like I left everything on the road.  I was really hoping and aiming for a medal, for sure, so it is disappointing, especially because I'm pretty close in the times."

"I came into these Olympics with a little less pressure; in London I was former world champion in the Omnium and Team Pursuit medalist, so I definitely had more pressure.  But I felt like I was a medal contender here, so disappointing."

"It's amazing to see Kirstin Armstrong become a three-time Olympic champion; she knows how to perform on the day, and congratulations to her." 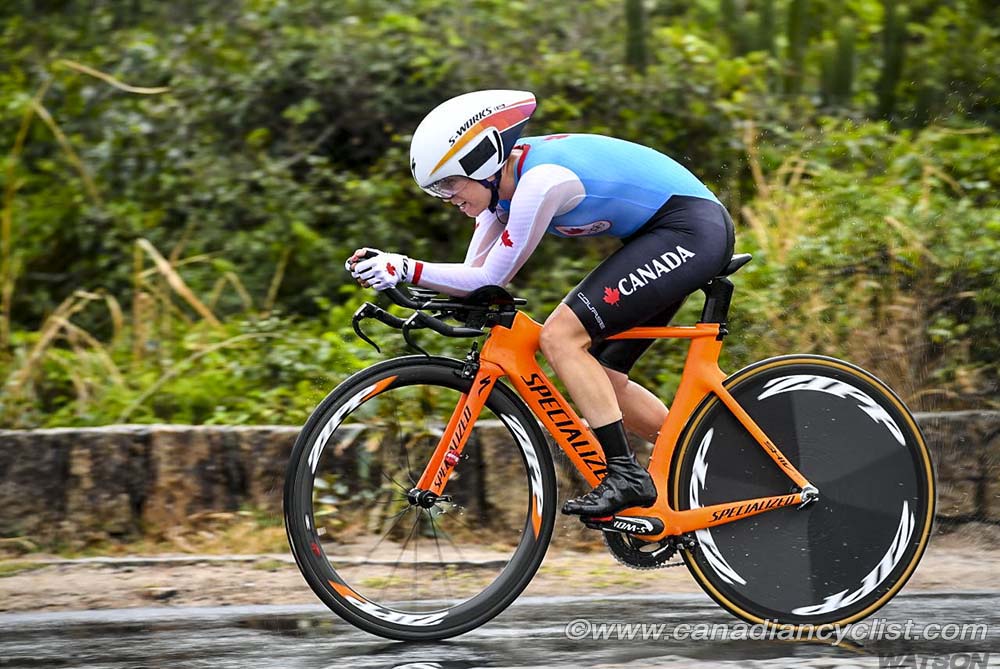 For Canuel, who was Canada's top finisher in the Road Race last Sunday, the conditions made it difficult.

"It was ugly to there," commented Canuel.  "It was raining and cold, and I had been hoping for a hot, sunny day.  It was hard today, and I gave it 100%.  This is what I was capable of today.  I know I have to keep working on my time trial to get better.  It was awesome to be here; I really happy to have been selected.  Now I hope to be able to come back to the Olympics again."

Zabelinskaya was ahead of Armstrong with five kilometres to go, but the American came back to win by 5.55 seconds.  The Russian had been banned from competing until a week ago, after her name was among the list of athletes to be banned that was submitted by the UCI to the IOC, for a positive doping control within the last three years.  The IOC had set the criteria after the WADA report detailing systematic doping in Russia.  However, the Russian federation appealed Zabelinskaya's ban to the Court of Arbitration for Sport (CAS), which overturned the ban.  After the race, Zabelinskaya insisted to press that she was clean.

Race Note:  Checking the records, Kirstin Armstrong looks to be the first cyclist to have won three Olympic gold medals in the same individual event.