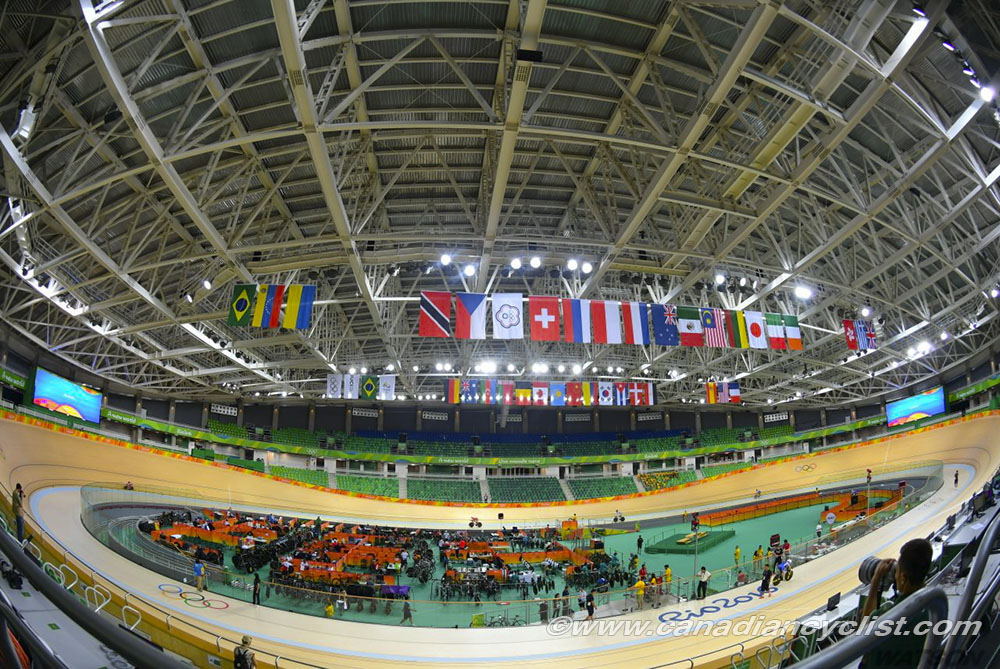 Velodrome awaits the start of competition

Team Sprint qualifying opened the competition, and the British team of Jason Kenny, Philip Hindes and Callum Skinner served notice that they were on form by qualifying first with an Olympic record time of 42.562 seconds.  However, New Zealand's team of Edward Dawkins, Ethan Mitchell and Sam Webster were only a tenth of a second behind them. 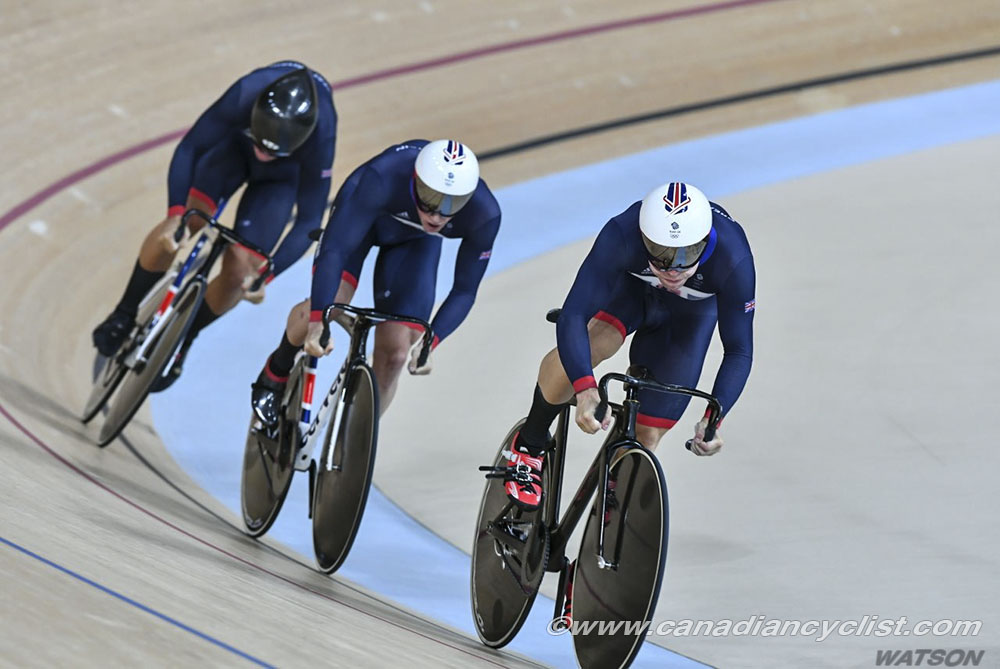 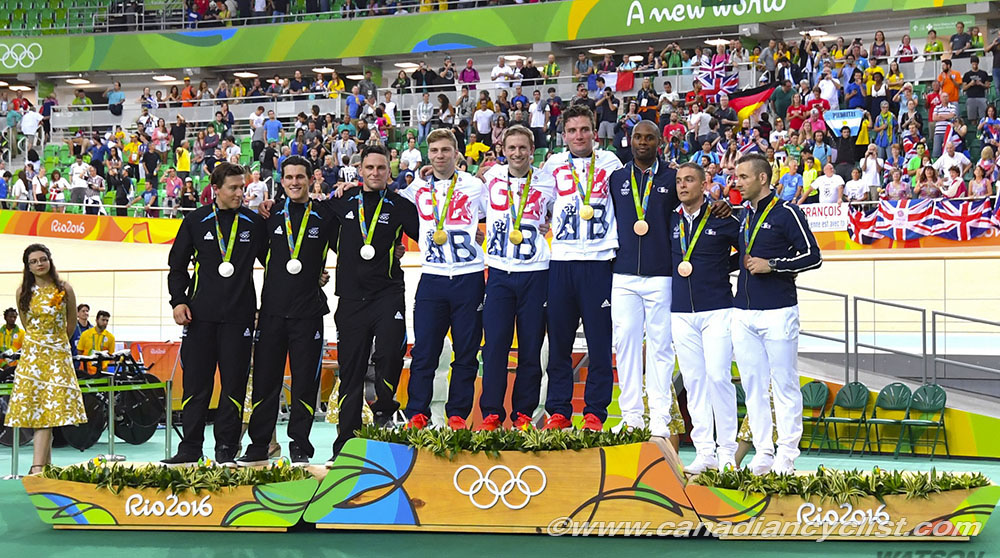 In the next round, New Zealand fought back by breaking the Olympic record again, setting up for an exciting final, with Australia and France to battle for bronze.  New Zealand took the lead in the first lap of the gold medal race, but Great Britain moved ahead in the second lap, and broke the Olympic record for a third time to take gold with a time of 42.440 seconds, 0.112 seconds in front of New Zealand.  France took the bronze in a similarly tight race with Australia.

"It's a good first day in the velodrome for us," said Kenny, who won his third straight Team Sprint Olympic title.  "It was genuinely a surprise to me.  We've been going quite well in training, so we had an idea what we could do.  We surpassed it in the first ride and at that point I thought we could run away with it like in London, but then New Zealand came back in the second round and set the benchmark.  We went into the final with nothing to lose, so we just left it all on the track and, unbelievably, it was enough.  The team event is the best one to win, because you get to win it with your mates." 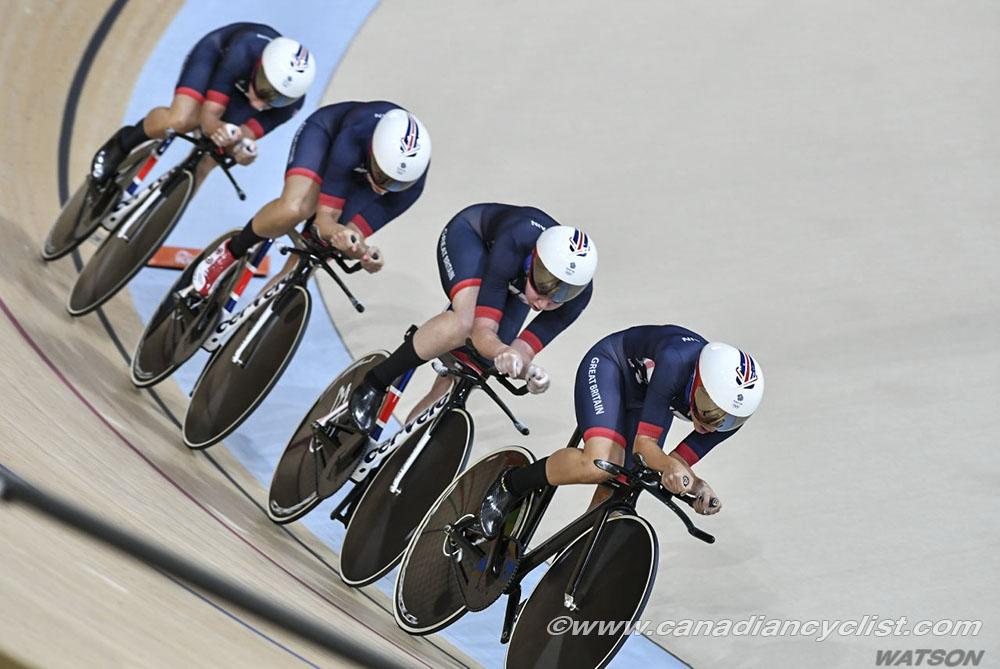 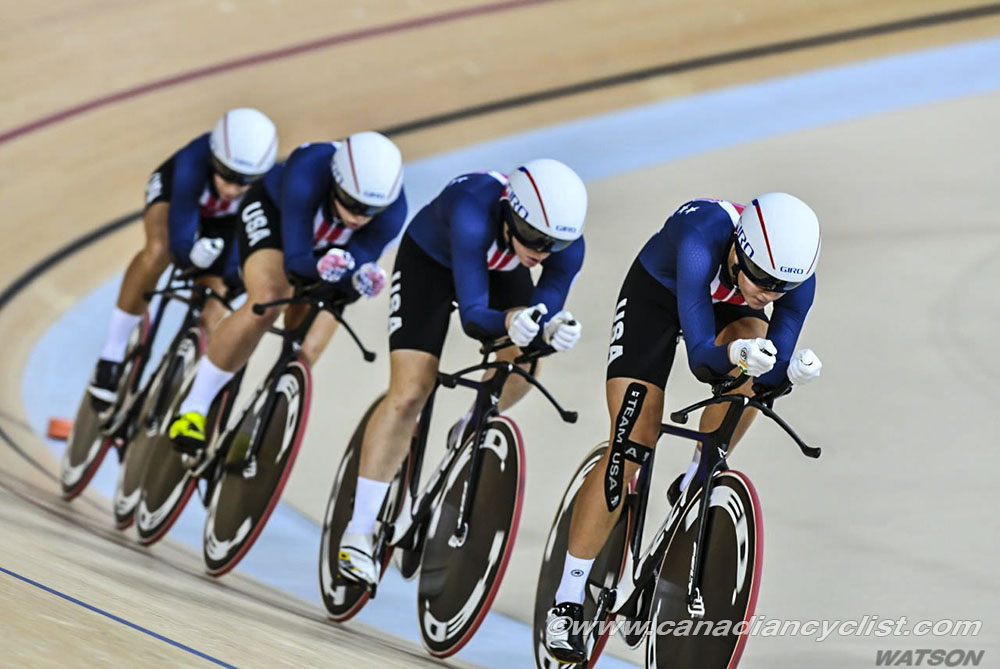 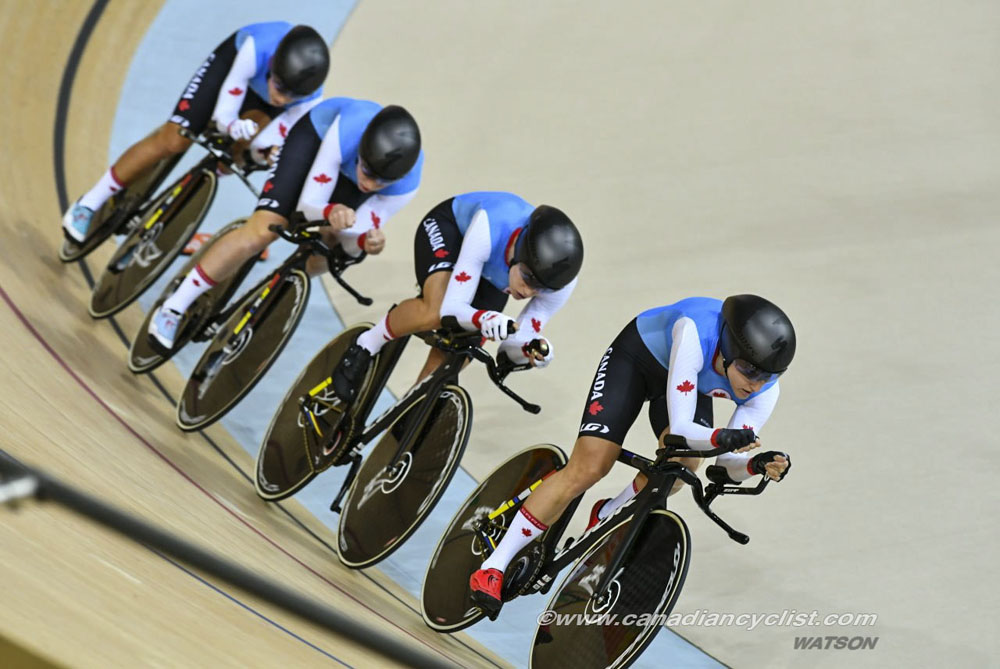 In the Women's Team Pursuit, Australia set the first sub-4:20 time with four teams to go, but Great Britain (Katie Archibald, Laura Trott, Elinor Barker, Joana Roswell-Shand) was up next and shattered the mark by 5.799 seconds, breaking the world record with a time of 4:13.260 .  The United States, the reigning world champions, rode last, and were ahead of the British time until the final kilometre when they faltered to finish second, more then a second back.  Canada qualified fourth, and will race Great Britain in the next round, with the winner moving on to the gold medal final.  [See Canada Qualifies Fourth in Women's Team Pursuit]

The Men's Team Pursuit qualifying round saw Denmark set a time that no one could match until Great Britain rode, in second to last position.  The British team of Edward Clancy, Steven Burke, Owain Doull and Sir Bradley Wiggins went out on a world record pace from the start, only missing the record they have held since the London Games by 0.284 seconds.  Denmark was a distant second, at 3.453 seconds, with Australia a further two-tenths of a second back.