In qualifying, the Chinese team of Gong Jinjie and Zhong Tianshi set an Olympic record of 32.305 seconds.  They followed that up in the next round with a world record time of 31.928 seconds; the first team to ever go under 32 seconds.  The gold medal final saw China beat the Russian squad of Daria Shmeleva and Anastasiia Voinova by 0.294 seconds.  The German team of Miriam Welte and Kristina Vogel took the bronze medal ahead of Australia. 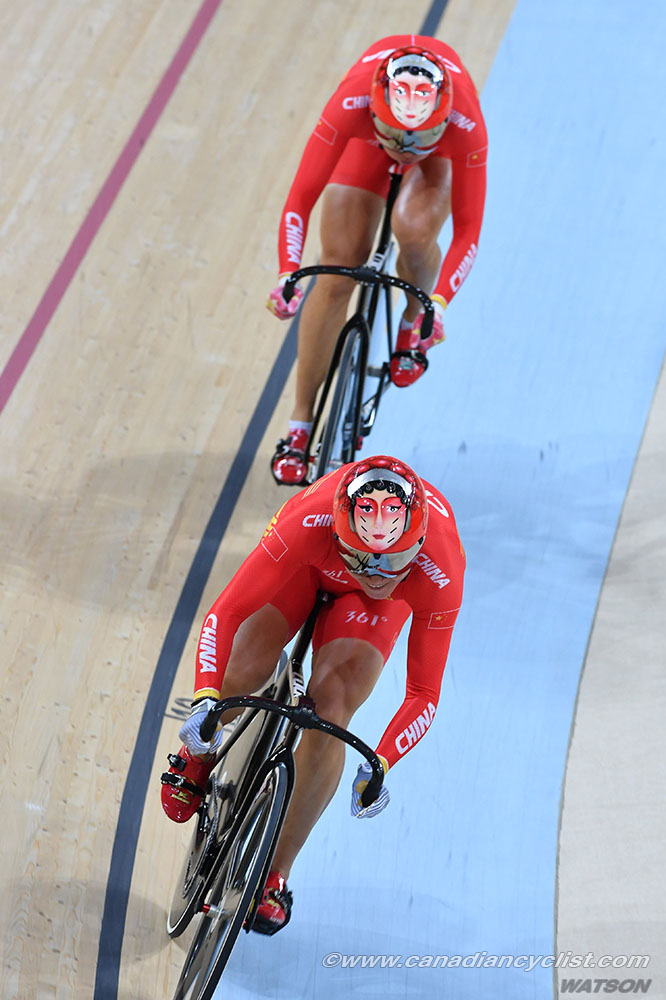 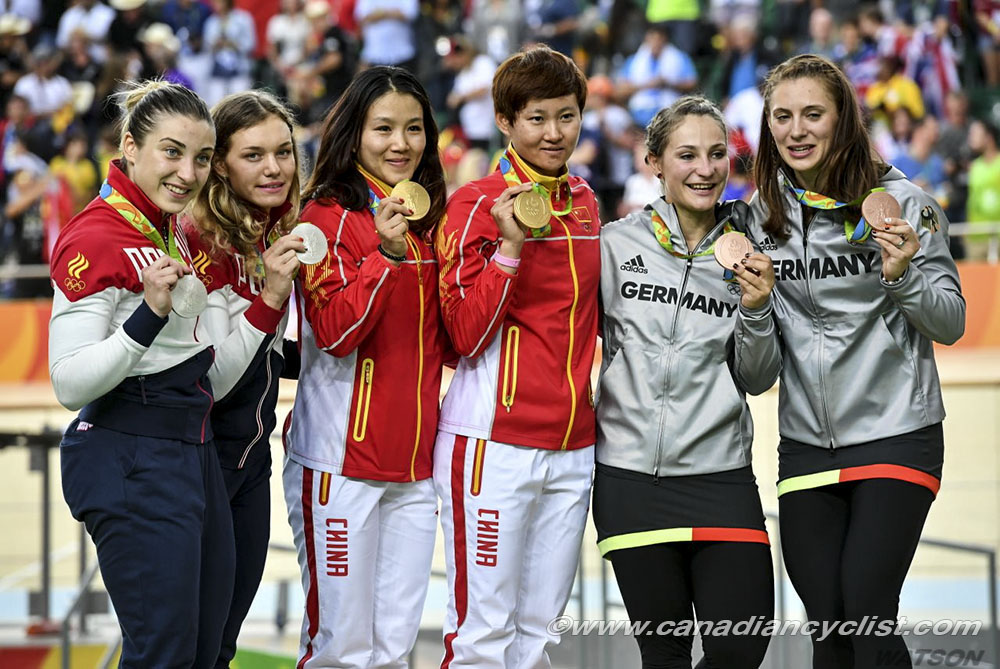 "We have shown our strength in the past," said Zhong, "but we wanted to convert the silver medal into gold this time, and show the strength of the Chinese people.  We achieved a dream here."

The coach of the Chinese team, Benoit Vetu, said "We were confident because we have broken the world record twice before coming here.  But anything can happen at the Olympic Games, so until they crossed the line I was not completely sure.  But we knew we could do it, and we were ready." 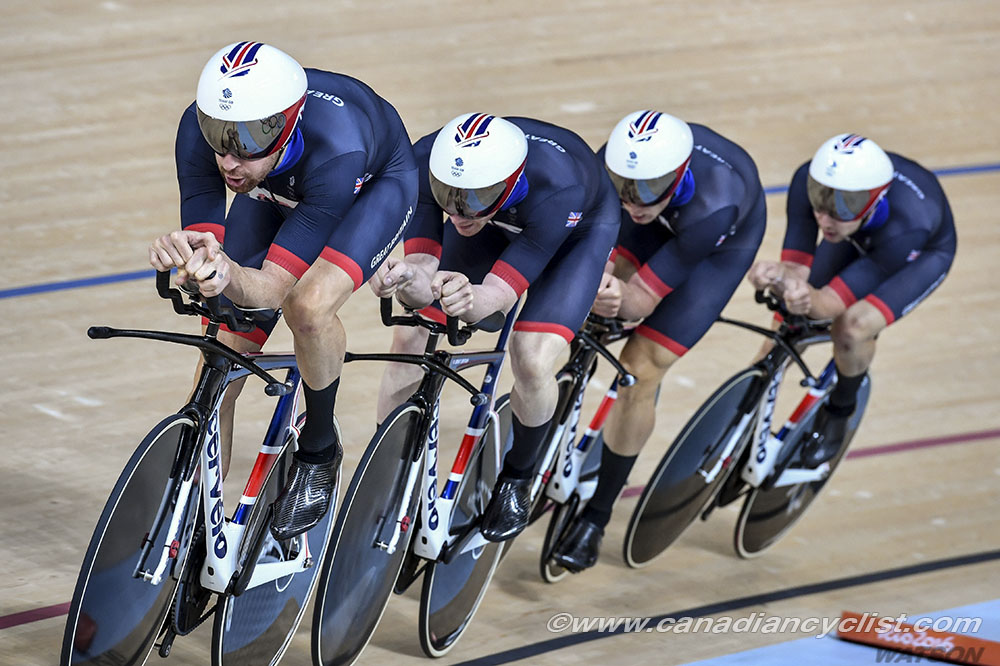 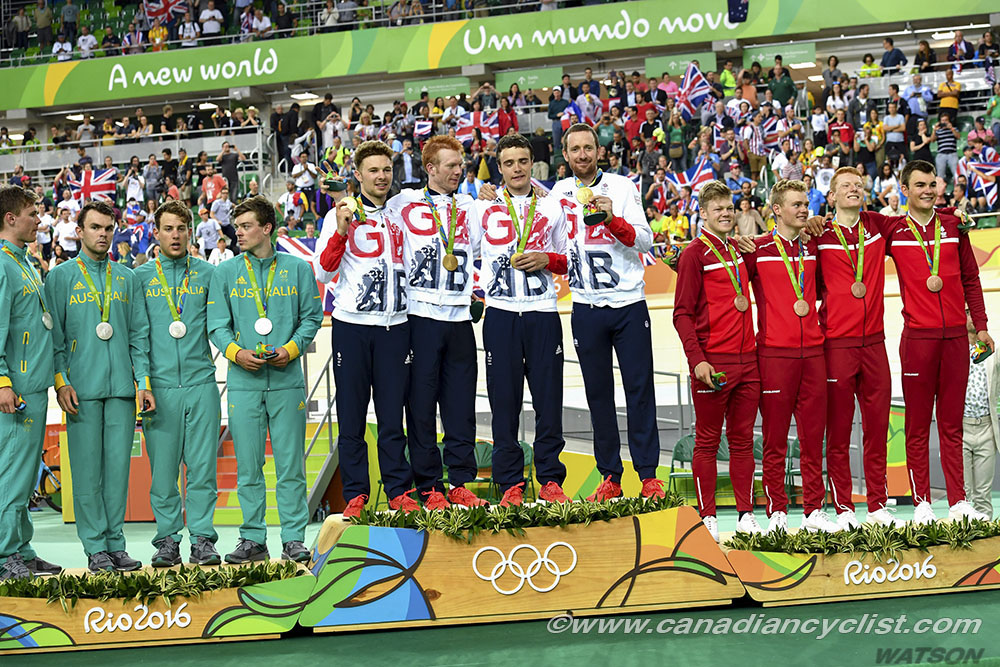 After qualifying first on Thursday with a time less then three-tenths of a second off the world record, the British team of Sir Bradley Wiggins, Edward Clancy, Owain Doull and Steven Burke smashed the old record by over a second in the semi-final round, with a time of three minutes and 50.570 seconds.  Australia finished second to complete the gold medal match up.  The Brits were expected to dominate the final race, however, the Australian team of Alexander Edmondson, Michael Hepburn, Callum Scotson and Sam Welsford came out strong and led for the first 3000 metres.  It was only in the last kilometre that the British team finally took the lead, and they broke the world record again, knocking it down to three minutes and 50.265 seconds.  Denmark took the bronze medal in front of New Zealand.

"I was so emotional crossing the line, it was the happiest moment of my life," said Ed Clancy, who won his third consecutive Team Pursuit Olympic title.  "We've been beat so many times by the Australians in the past four years, and I could just sense from the crowd that we were behind for a long time, and it wasn't until three laps to go that we could tell we had gone ahead.  It was scrappy out there, and we didn't have a lot of margin in the final.  We were pretty confident after qualifying and semi-finals, and you could forgive us for thinking a high 3:50 or 3:51 would be good enough, but it was typical Australians ... they came out fighting and pushed us really closely.  Long may the battle continue."