Great Britain continues to dominate on the track in Rio, taking gold and silver in the only medal event on Sunday, the Men's Sprint, their fourth gold in five events thus far.  Jason Kenny won the fifth gold medal of his career, ahead of team mate Callum Skinner.  Denis Dmitriev of Russia won the bronze medal. 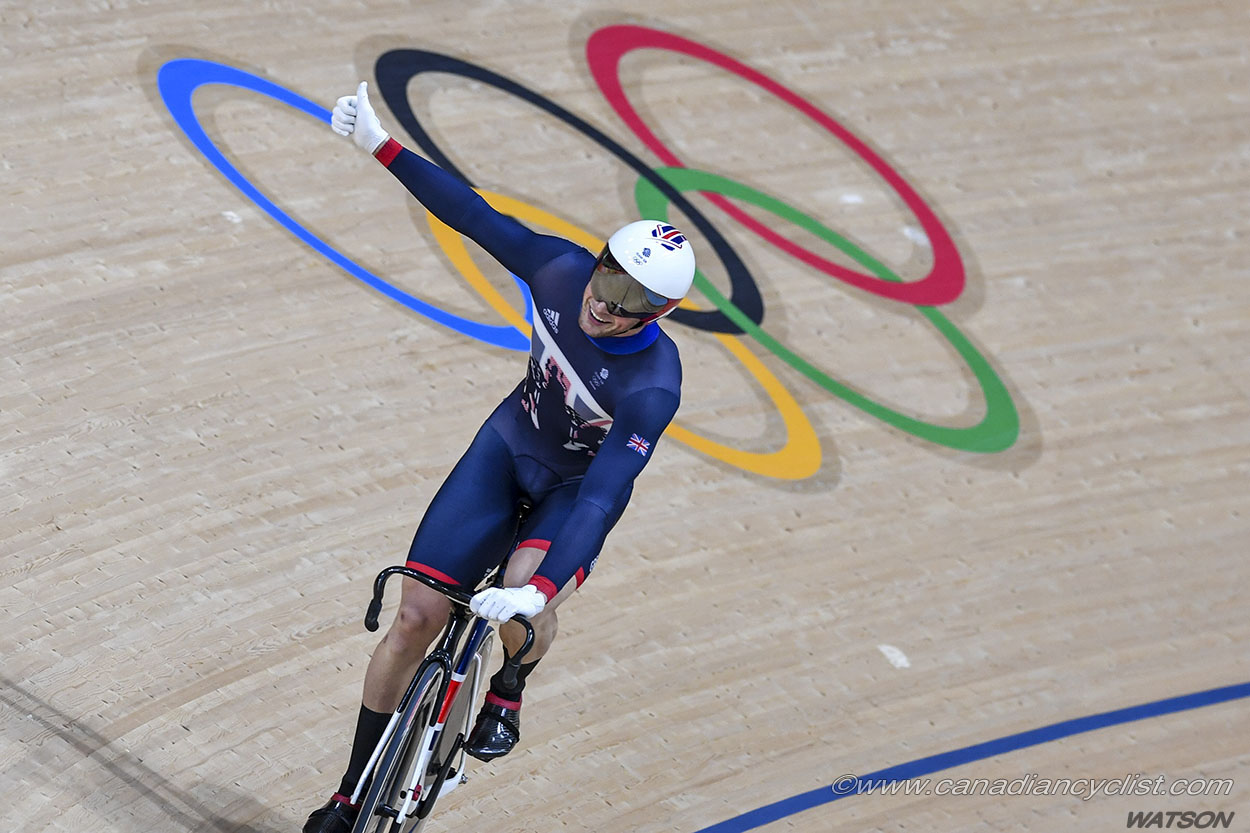 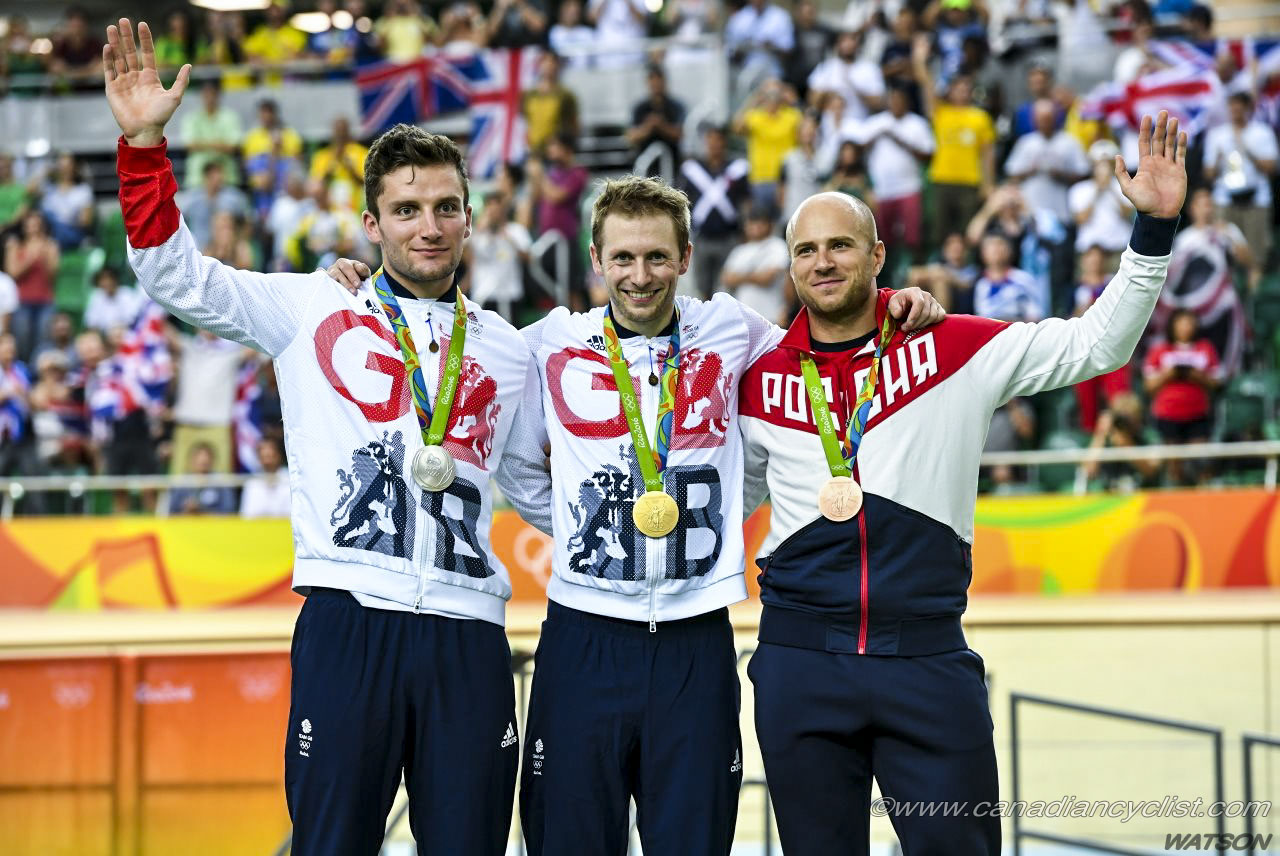 Kenny was clearly faster then his team mate, winning the gold in two straight rides, both from behind and in front.  Dmitriev beat Australia's Matthew Glaetzer in similar fashion for the bronze.

"At the end of the day, I came here and qualified first and won the gold medal, which is just a dream result.  It's really special; it hasn't really sunk in yet, to be honest.  We still have the Keirin to go, so I probably won't let it sink in yet.  For this Olympics we really focussed on peak speed, which has paid dividends, particularly in the Team Sprint and the Sprint qualifying."

"We had a good Olympics in Beijing and London, and while that obviously doesn't mean you are going to do well here, I think we have a strong support team around the sport that gives us the tools we need to be competitive and win some medals, and that seems to be what we are doing this time as well."

The first three events of the Men's Omnium also took place in the session, with defending Olympic champion Lasse Norman Hansen of Denmark winning both the Scratch Race and the Individual Pursuit - the latter in Olympic record time.  However, Hansen had a poor Elimination Race, finishing last, and dropped to sixth in the overall standings at the halfway point of the competition.  Thomas Boudat of France leads with 106 points, followed by Elia Viviani of Italy at 104 points and Mark Cavendish of Great Britain with 96 points.

Sullivan & O'Brien Do Not Advance in Sprint Competition