One of the most important jobs on Canada's Olympic cycling team is that of mechanic.  The mechanics work long hours before, during and after each race to make sure bikes are set up properly for each event and are checked over and repaired (as necessary) after every race.

Dan Peters of Winnipeg is the head mechanic for Canada's track squad.  Between events he is based at the velodrome in Milton that is the headquarters for the Canadian team, but during the World Cup and world championships season (and now during the Olympics), he is on the road with the team.  We spoke with Dan about his role with the team. 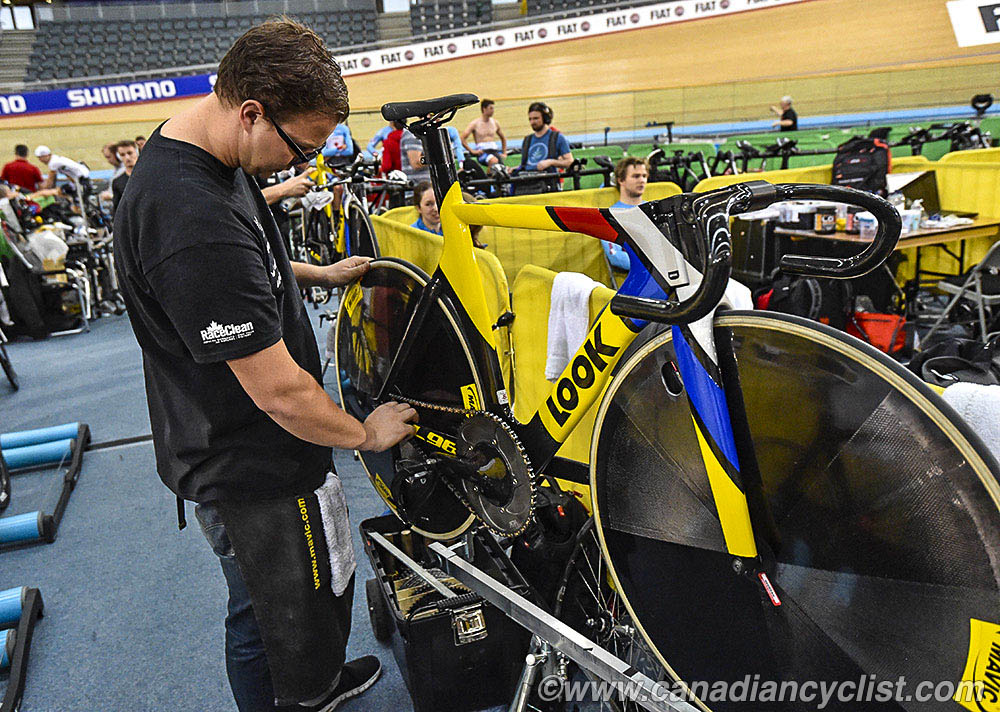 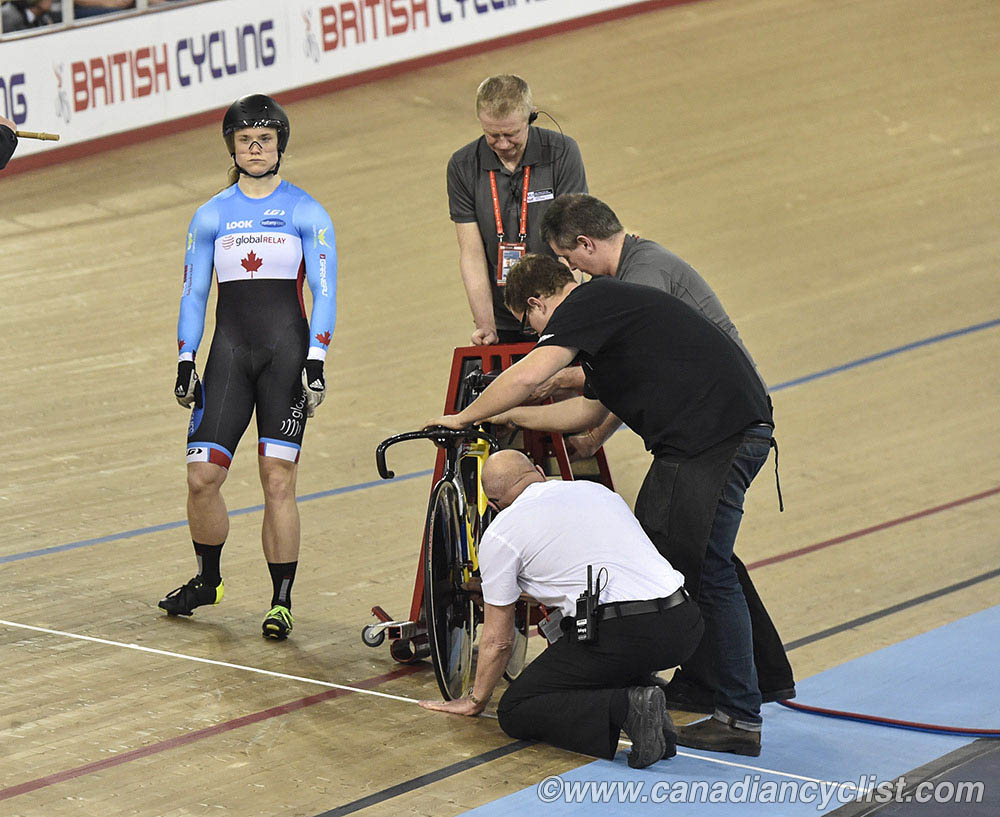 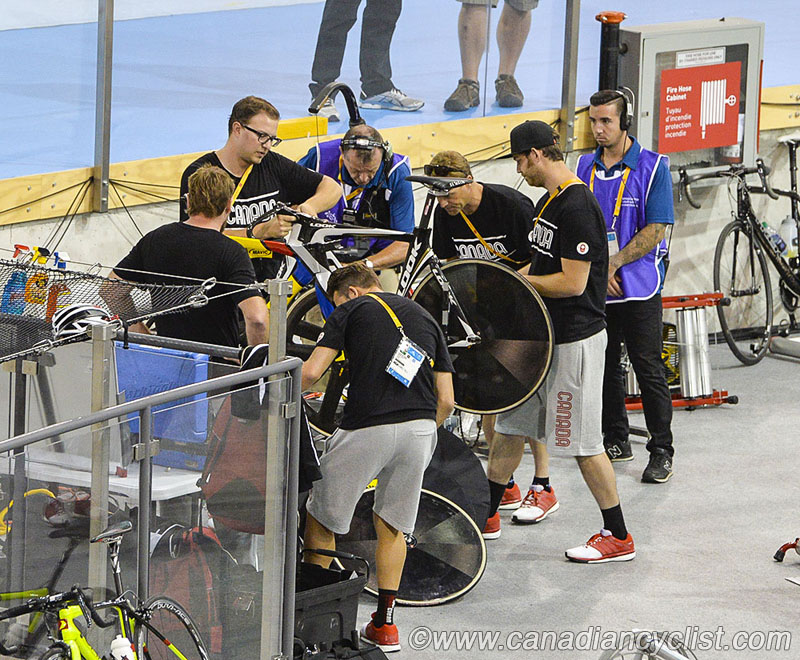 "I've been a bike mechanic since 2006 and working with Cycling Canada since 2012.  Back in late 2011, early 2012, Richard Wooles - when he was the head coach of track - was looking for a North American-based mechanic.  He put the word out to some provincial coaches and Jason Gillespie, who I had worked with in Manitoba, got me in touch with Richard and I did a training camp with the team in Los Angeles, and then a World Cup in London [the 2012 test event], and the rest was history."

"I raced on the road as a Junior and after high school I started working in a bike shop as a mechanic, then I started working with the provincial team as their mechanic.  After university I decided I wanted to be a bike mechanic, I really enjoyed it."

"Typically, in the days leading up to a competition, during training, we have a set training period on the track.  I'll typically get to the track two to three hours before hand, set up all the bikes with what gearing the coaches want for the warmup, get the bikes prepped and our pit set up with everything that the riders need and that I need.  After the training session is finished, about an hour later I pack everything up again, plus fix any issues and get ready for the next day."

"Once we are at the track for the competition, all the work has been done on the bikes.  It's really more about making sure everything works like clockwork, knocking out all the events, getting the tires pumped, getting the right gears on, make sure every bolt is checked, have the bikes checked in the UCI jig and go to the start line for every event.  We might race as many as 10, 20, 30 heats in a day, and it's all about keeping on top of things."

"When something happens [crash, flat tire, broken chain], it really depends on what happened.  So for any bunch event I'll stand track side, typically with the rider's spare bike - which is an identical bike to what they are riding - and a set of spare wheels with the same gearing they are running.  So if there is an issue I have immediately available another bike or another set of wheels, whatever they need."

"If it's an event like a timed team event then I will stand track side with a spare set of wheels in case there is a puncture, which can happen at any time.  If there's a more serious mechanical, then it's a case-by-case situation, including what the commissaires decide to do.  For a Sprint event it is very similar, unless there is a crash, because then it depends on the commissaire and whether the rider can ride again.  Only if they are riding again do I have to repair the bike or replace the bike for the next heat they get put in.  So there's a wide range of things that can happen, and typically I stay track side when the riders are on the track."

"I've done it enough that it's usually not stressful.  The only time there is stress is going through airports and putting all my equipment into the hands of somebody else!"

"This is my first Olympics; ultimately, it's just another bike race.  The format is the same, if not easier than most of the races we do, because the competition is spread out over more days and there's less events in those days.  So, the tension is there because it is such an important event, but at the end of the day, it's the same as usual."