Cycling Canada is pleased to announce the roster of Team Canada for the Tour of Alberta presented by ATB Financial, which will take place September 1-5, 2016.  The Tour of Alberta is Canada's highest ranked international men's stage race, attracting teams from the top level of the sport, and Cycling Canada is pleased to have the opportunity to showcase the national team at such a prestigious event. 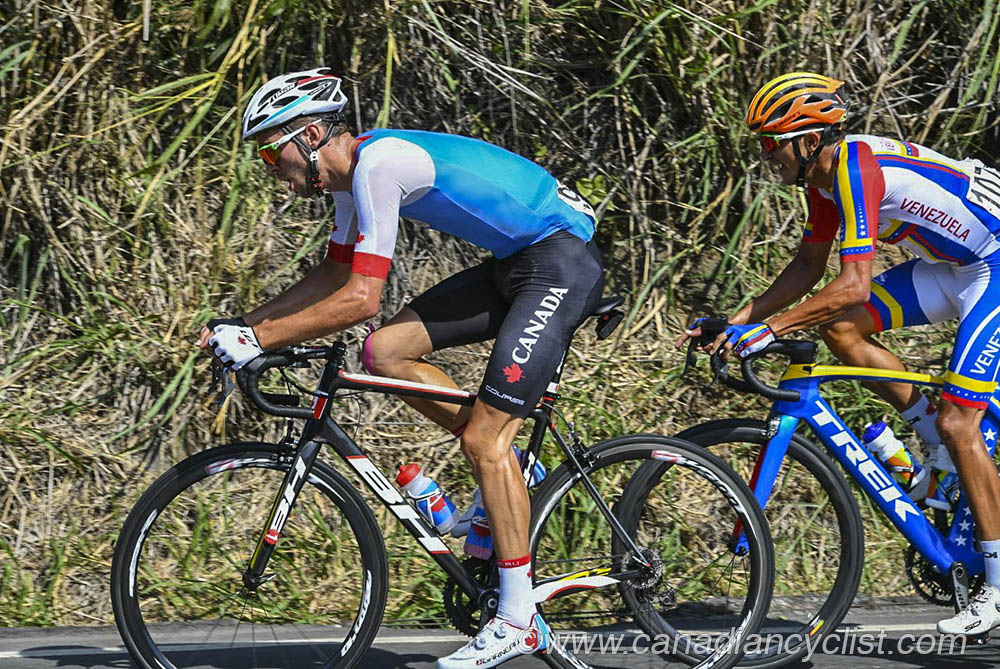 Canada's eight rider team is led by Antoine Duchesne of Chicoutimi, Quebec, fresh off the Olympic Games, where he represented Canada in the men's road race.  Duchesne is the only Canadian to race in the Tour de France in 2016, and races in Europe for the professional Direct Energie team.

"I'm really happy to race in my country and especially be out there with a young national team.  I'll try to teach the guys what I've learned in the last few years. Four years ago I was in Alberta with the national team and had a good result on the queen stage. It's a great opportunity for these boys to show themselves," said Antoine Duchesne.

Duchesne will be joined on the team by three members of the Garneau-Quebecor team; reaffirming Cycling Canada's commitment to support domestic team development. Garneau-Quebecor will provide Simon Pierre Gauthier of Broisbriand, Quebec, Marc-Antoine Soucy of Amos, Quebec, and Alexis Cartier of Ste-Adèle, Quebec, for the Tour of Alberta.  Gauthier is a late addition to the team after a training injury to Guillaume Boivin required him to pull out.

"It is great that we've been able to put a team in the Tour of Alberta again this year," said Jacques Landry, High Performance Director at Cycling Canada. "Since this race has been added to the UCI calendar we've recognized that the Tour of Alberta has had some very positive effects on our riders. The level of competition is such that they can be very competitive on home soil whilst racing with the best teams in the world. The end result is that we continue to increase our riders' exposure to top level competition, which will eventually lead to more of our Canadian riders on top level North American and European teams."