September 1/16 1:13 am - Tour of Alberta: Press conference and Team Presentation

On Wednesday in Lethbridge, the Tour of Alberta held a pre-race press conference, followed by a Gala to introduce the teams for this year's race. 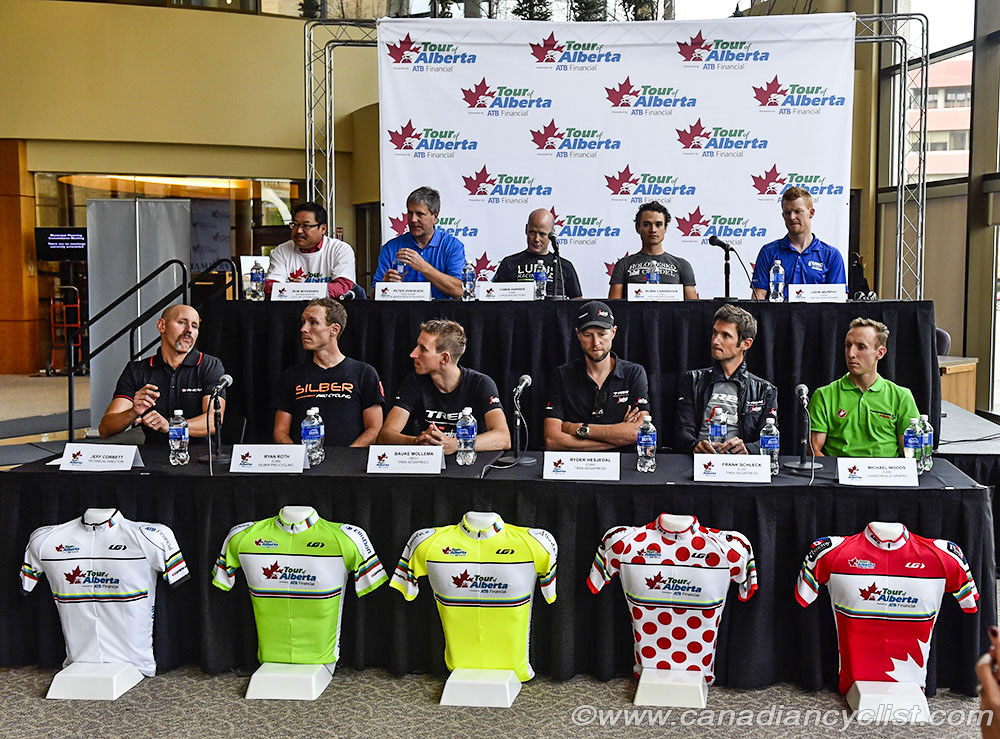 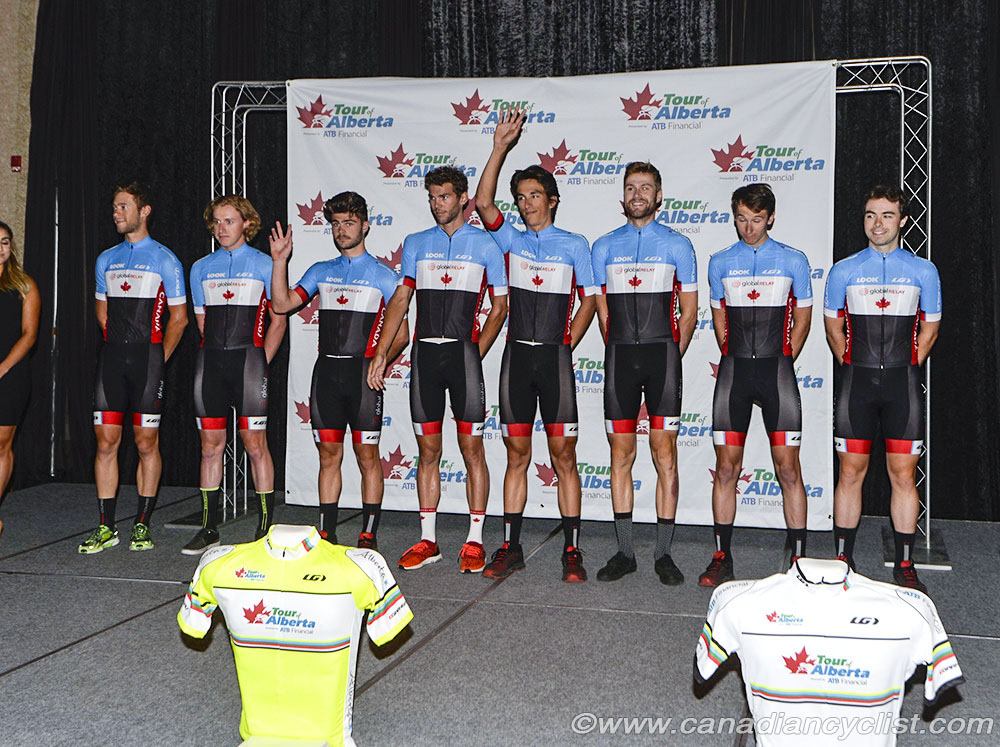 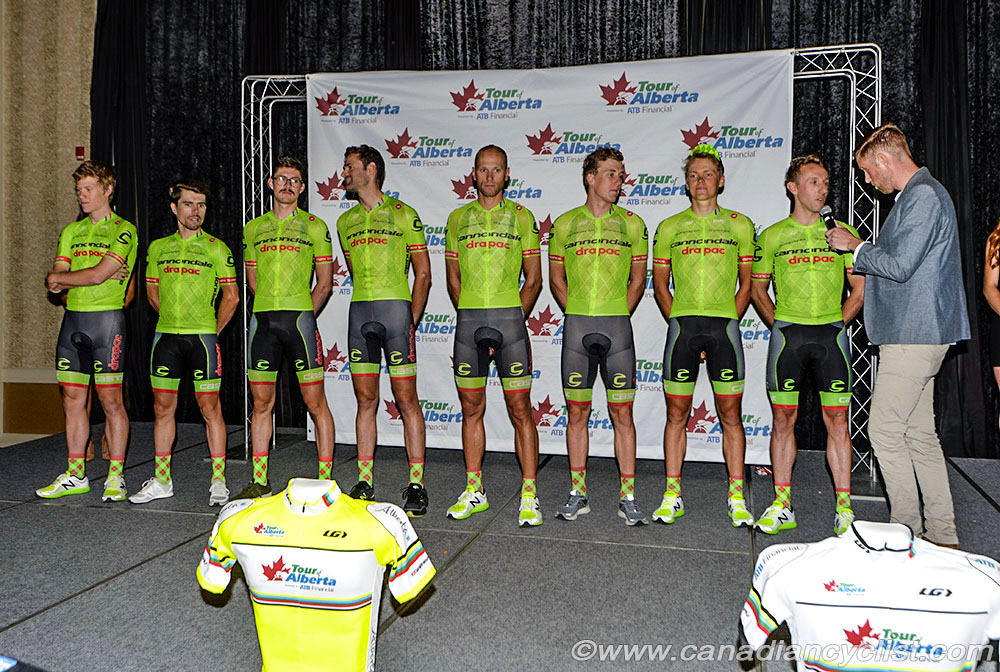 Trek-Segafredo riders Ryder Hesjedal and Frank Schleck will both retire at the end of this season, so the Tour of Alberta is likely the final stage race for both riders.

Canada has probably the highest number of domestic teams ever in the race, with the National Team, Silber and H&R Block, plus riders on Rally, Jelly Belly, Trek-Segafredo and Cannondale-Drapac

Mike Woods (Cannondale Drapac), fresh from the Olympics, spoke about how his first international UCI race was the Tour of Alberta,  how he has raced all three previous editions, and how the Tour of Alberta shows his progression in the sport. Antoine Duchesne, heading up Team Canada, also spoke about how his fifth place in a breakaway during the first edition of the race brought him to the attention of pro teams.