Wilson finished second to Li Zhangyu of China in the 3000 metre final of the C1 competition, qualifying second to Li, who set a world record in his qualifying ride.  In the final, Wilson was caught by his rival, automatically ending the race. 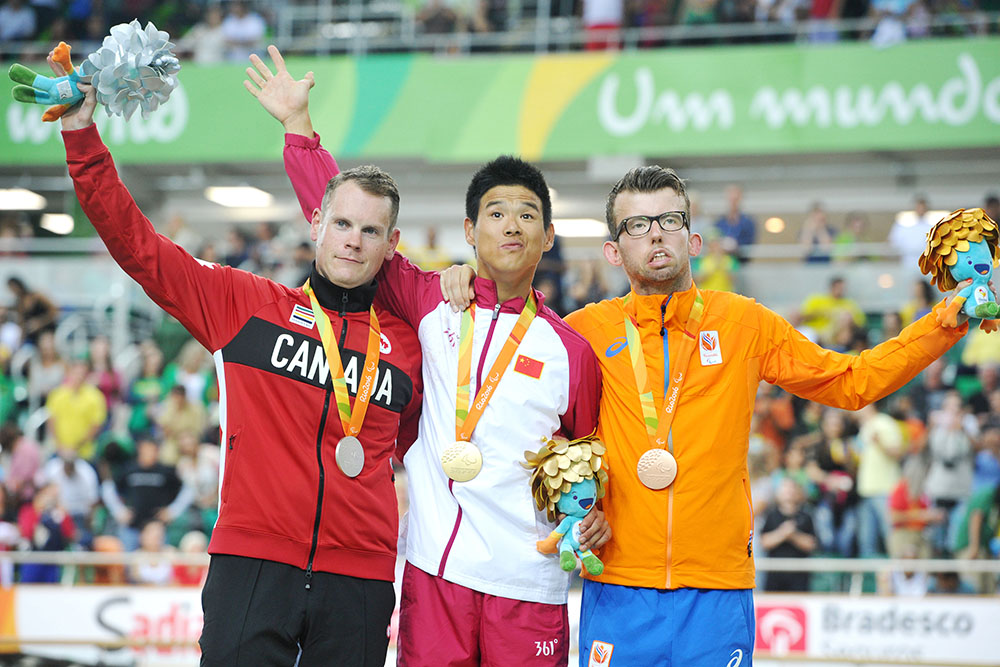 “The goal was the gold and I fell just short of that,” said Wilson. “I rode the fastest I have ever ridden, so I think I can be proud and hold my head high.  I think it's pretty cool to win the first medal and I hope this opens the floodgates.”

In the 3000 metre C2 gold medal final, Chernove finished with a time of three minutes and 47.412 seconds, just under three seconds behind Liang Guihua of China, who won the gold medal. 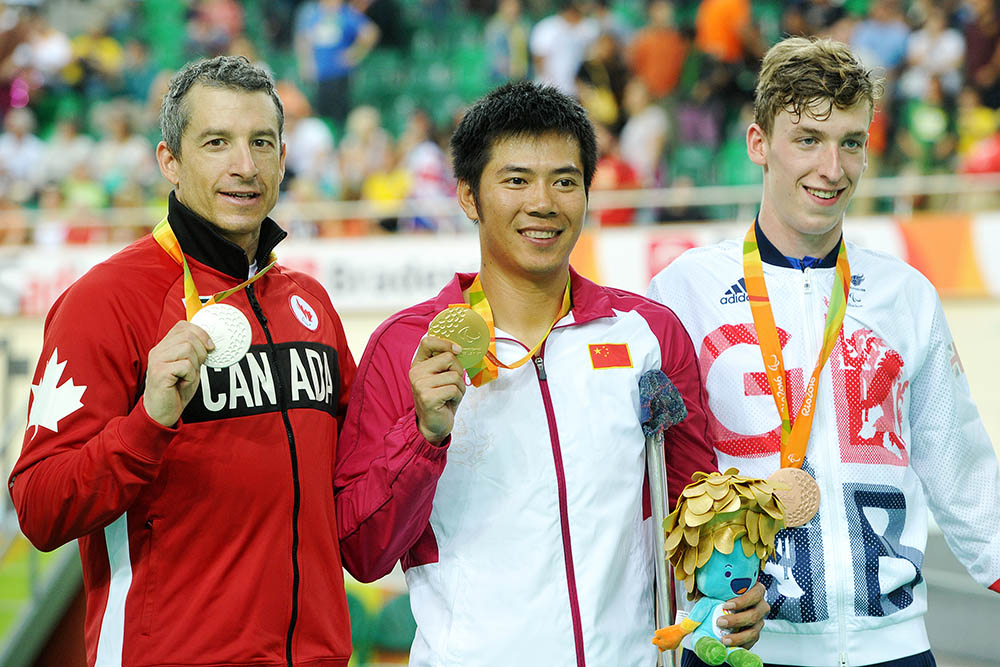 “It is wonderful to be on the podium,” said Chernove, “but I still have a lot to learn.  I didn't have my best rides today, which is hard.  It's wonderful to have a silver medal, but this was far from my best ride.  But this isn't the end and I'm going to harness my energies, refocus and get back on top of my game.”

Sametz qualified third in the 3000 metre C3 competition, putting him in the bronze medal final against Clifford Eoghan of Ireland.  Eoghan took the bronze medal with a time of three minutes and 40.201 seconds, 1.389 seconds faster than Sametz.  David Nicholas of Australia won the gold medal.

“I think I lost concentration at the halfway point,” explained Sametz, “then I was able to bring it back later in the race, but then I just didn't have enough time to catch [Eoghan].  I have learned that I need to work on my mental preparation and also my physical level, so I will get better for Tokyo.”