Starting in Dusseldorf, Germany and also visiting Belgium and Luxembourg, the 2017 Tour de France will, for the first time in a quarter century, include all five of France's major mountain ranges - Vosges, Jura, Pyrenees, Central Massif and Alps.  It will also stick to the eastern and southern parts of France, completely skipping the Atlantic coastal regions.

Pro riders at the 2017 route presentation in Dusseldorf 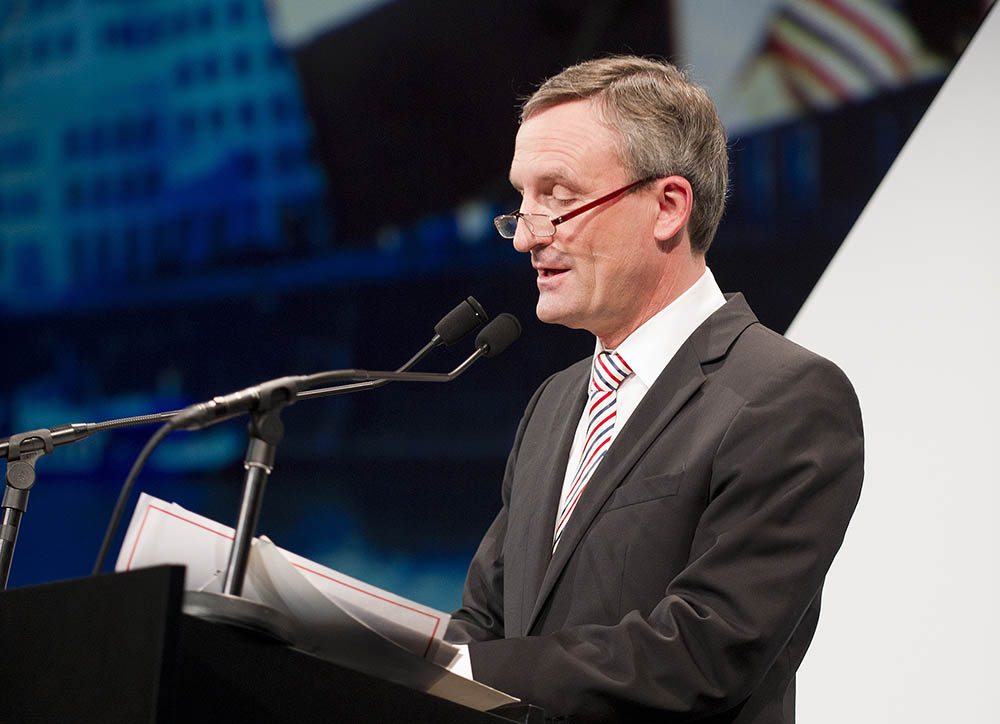 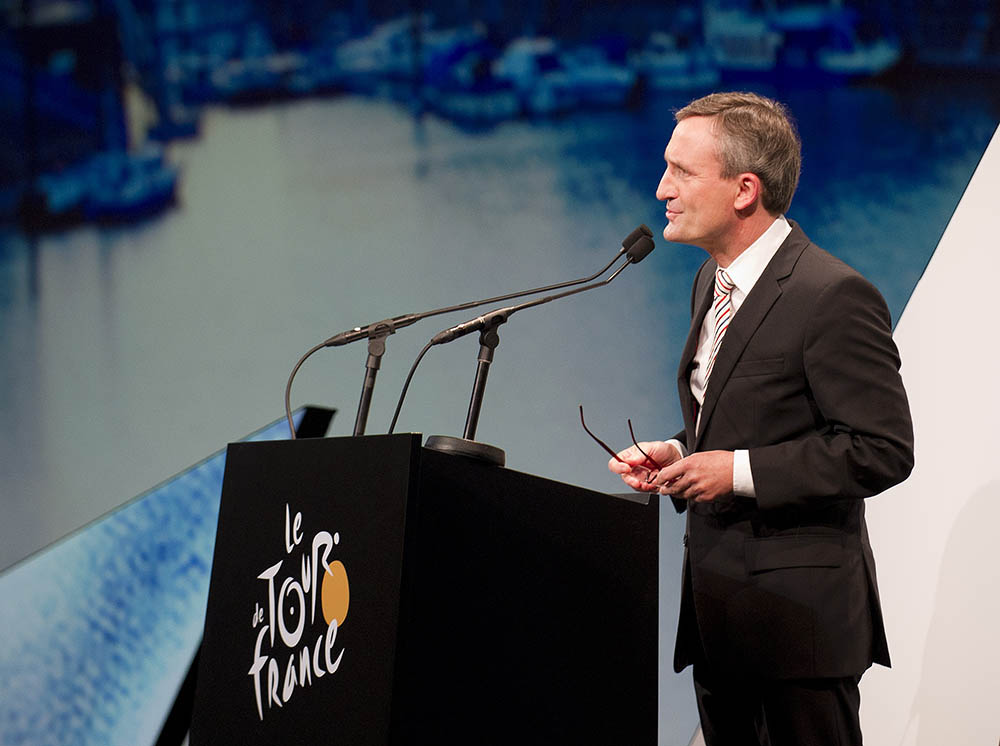 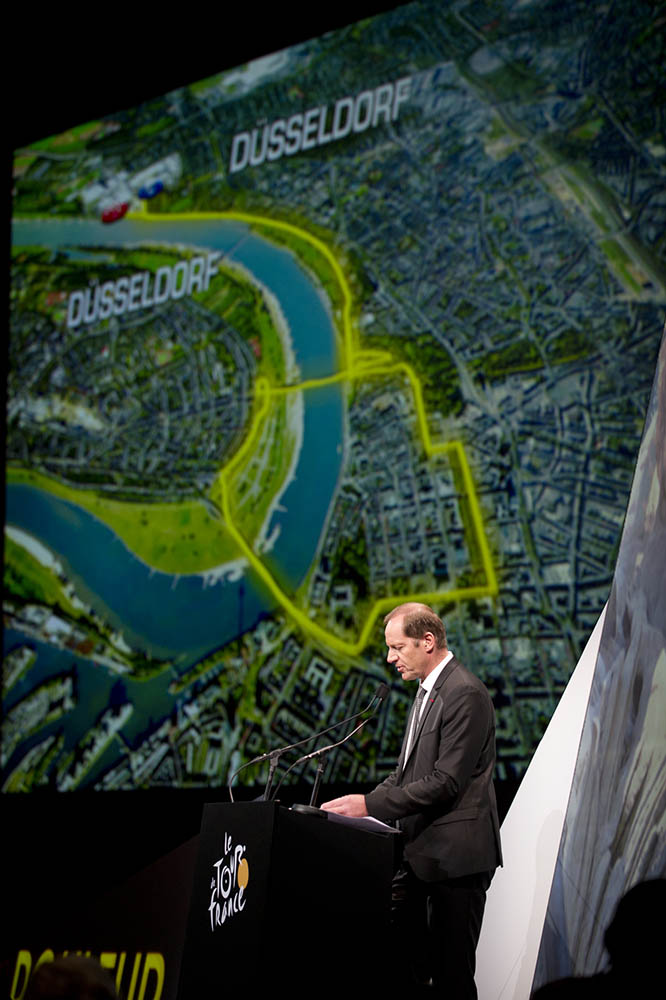 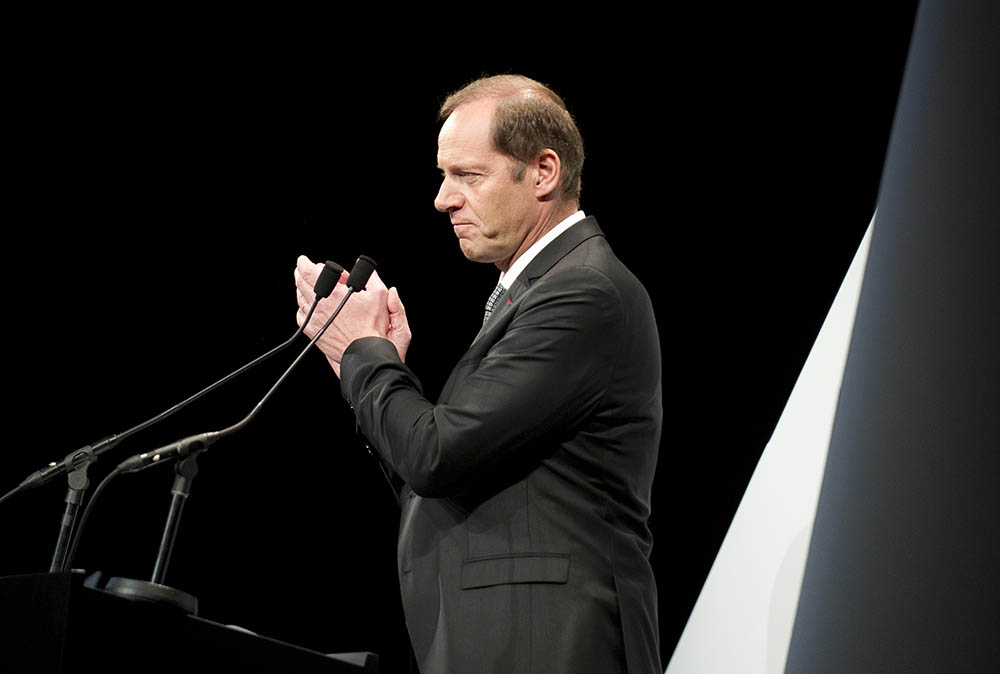 This 104th edition of the Tour will actually have fewer mountain stages than usual [only three summit finishes and 23 categorized climbs], but the ones it does have will be harder and steeper.  Some of those steeper slopes include 22% on the Col du Grand Colombier, 20% on the La Planche des Belles Filles, 18% on the Pur de Peguere, 16% on the Peyragudes, 15% on the Mont du Chat and 14% on the Col de Peyra Taillade.  It appears that this is partially to cut back on the ability of teams like Sky to control the race with domestiques - they won't be as much help on a 20% grade, when it is every rider for themselves.  Time bonuses of 10, 6 and 4 seconds will be awarded for each road stage. The Mountains classification will award extra points on the Hors Category climbs.

The race will have two individual time trials - the opening 13 kilometre on in Dusseldorf, and a 23 kilometre one in Marseille on the penultimate day.  there will be eight stages over 200 kilometres, with the longest Stage 19, at 220 kilometres.  From Marseille, on the Mediterranean coast, the peloton will fly back north to Montgeron for the final 105 kilometre stage ending on the Champs Elysees. 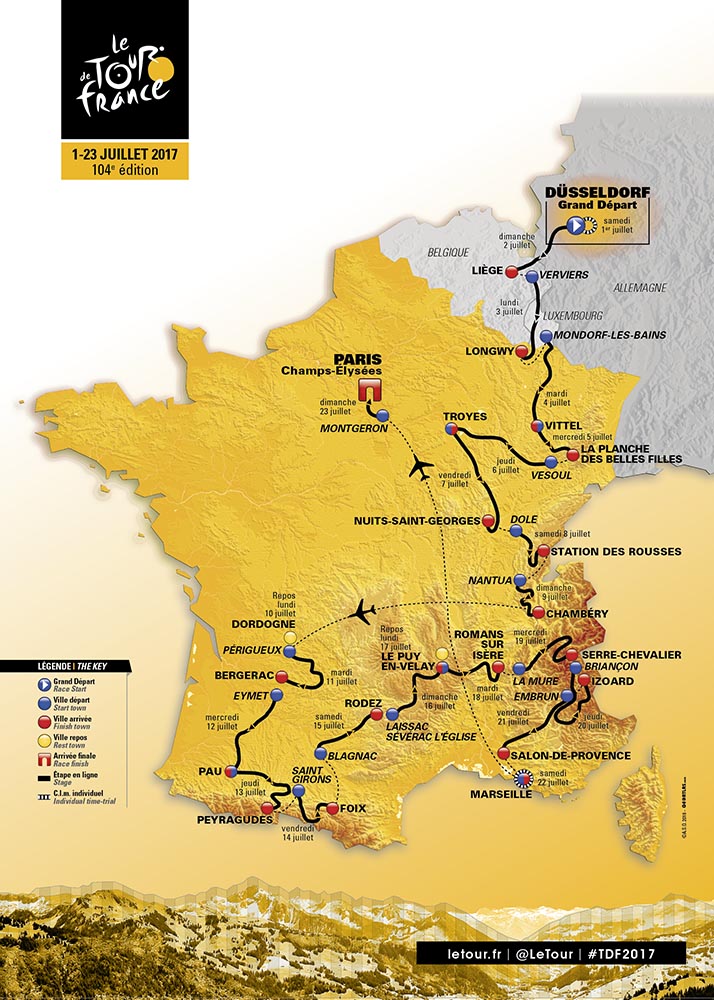