Team Canada took their first ever World Cup medal in the Mens Team Pursuit on Friday evening in Glasgow, Scotland, with a bronze medal performance.

The team of Aidan Caves (Vancouver, BC), Adam Jamieson (Barrie, ON), Jay Lamoureux (Victoria, BC) and Ed Veal (Toronto, ON) qualified third on Thursday, and went up against number two qualifier France on Friday afternoon.  Despite finishing second to France, the Canadian squad once again had the third fastest time overall, at four minutes and 3.056 seconds, which put them into the bronze medal race against fourth fastest Switzerland. For the Final, Canada swapped out Ed Veal for Bayley Simpson. 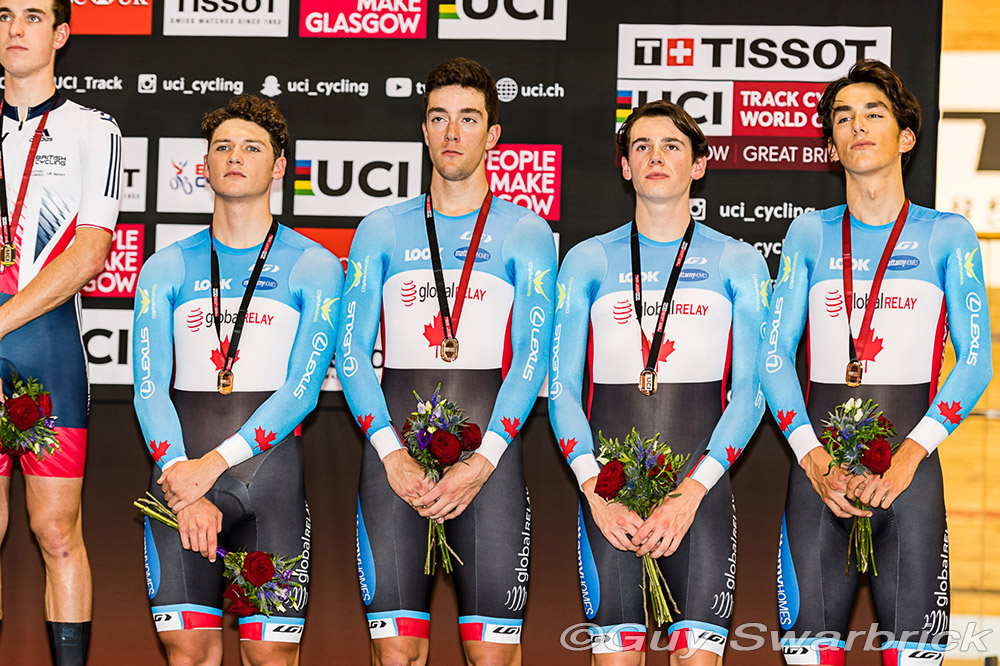 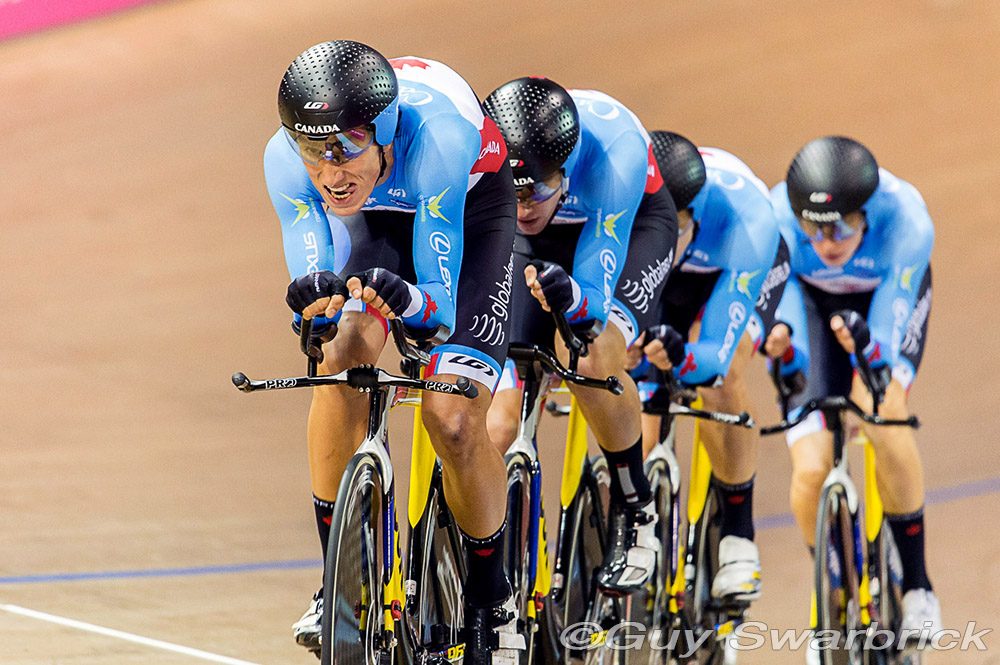 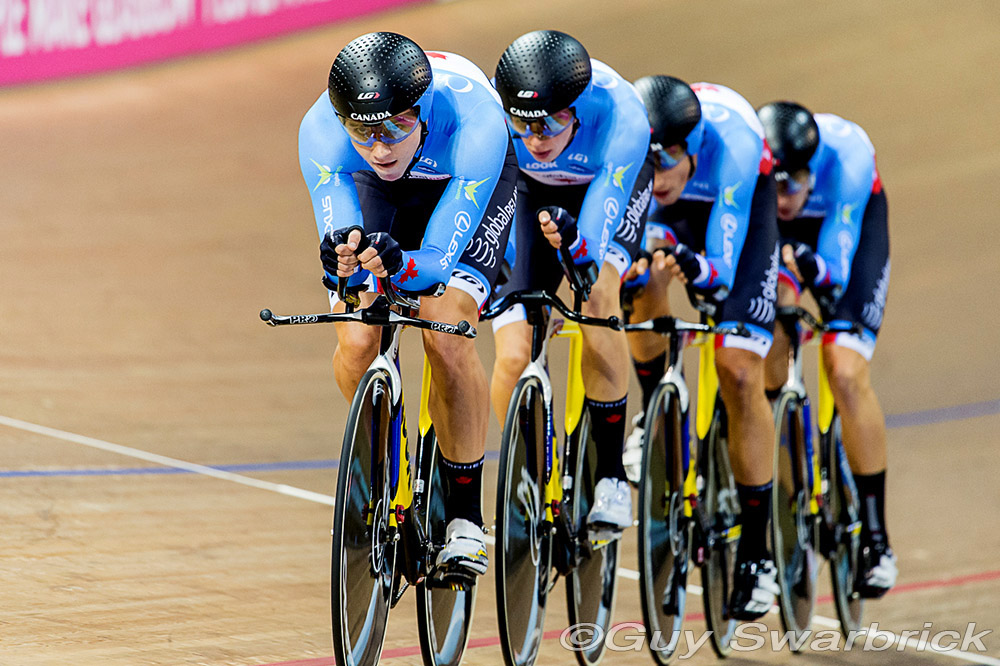 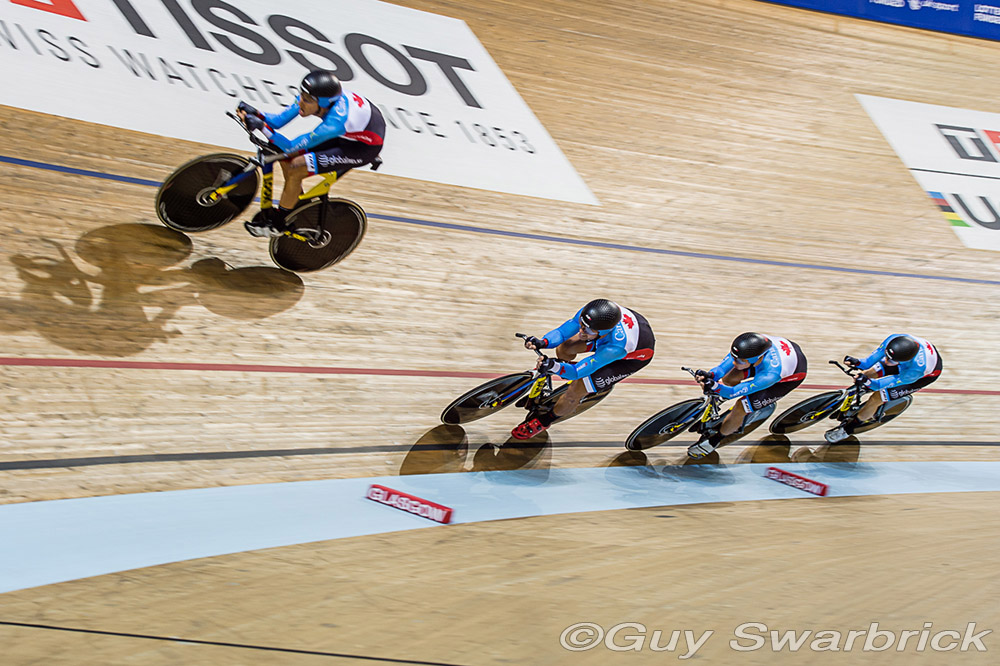 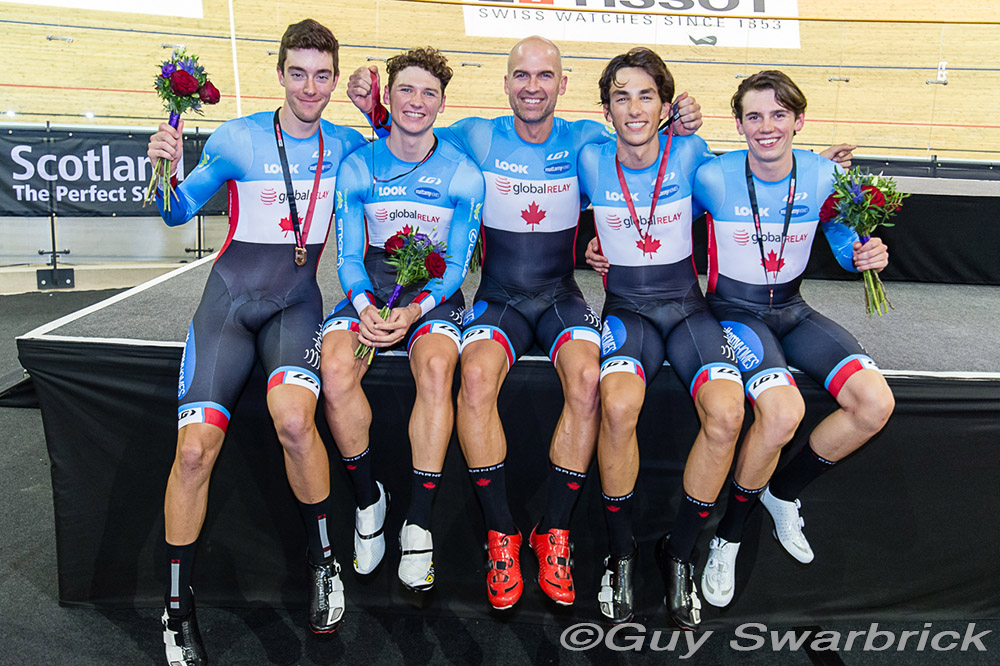 In the medal final, Canada was clearly the stronger team, taking the lead after the first half lap of the 4000 metre race, and pulling away to win by over three seconds, with a time of four minutes and 1.958 seconds.  Olympic champions and world record holder Great Britain won the gold medal race against France.

"To go from our best World Cup result being ninth in New Zealand last year, to coming here, the first World Cup of this season, and be five seconds faster then any race last year ... it is incredible," said Jamieson.  "We lost a couple of our strongest guys [Sean MacKinnon, who signed for professional road team and Remi Pelletier-Roy, who returned to school] and, to be honest I was a little worried, and I think everybody else was too, that we would not be as strong.  But we have proved now that we are a solid, solid team, and we are going places."

After finishing second at the Pan Am Championships and now third in the World Cup, Canada is in a strong position to qualify for the world championships.